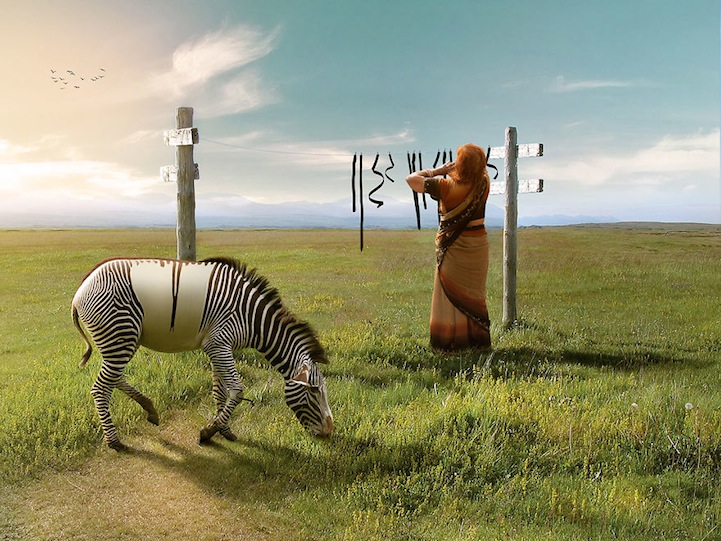 Using beautiful imagery and editing prowess, graphic artist Anil Saxema's whimsical photo manipulations lend a fresh perspective to our view of the natural world. His work depicts lighthearted scenes of humans and animals interacting in amusing – and often surprising – ways. For instance, a woman hangs a zebra's stripes out to dry on a clothesline, and a man re-stripes a giraffe with a bucket of white paint.

The Mumbai-based artist's heritage often comes to light in his artwork, offering creative takes on Indian culture. One piece re-imagines a rural community cistern as a green-tinted glass soda bottle. Women standing around the towering bottle balance jars on their heads and cooperate to access the water source.

Saxema originally began his career as a photographer who used traditional darkroom techniques to retouch photos by hand. Now that his craft has graduated to the digital domain, he says his aim is to create captivating images that leave the viewer mesmerized by the content. “If the image is a success but my work goes unnoticed, I'm doing my job well,” he says. 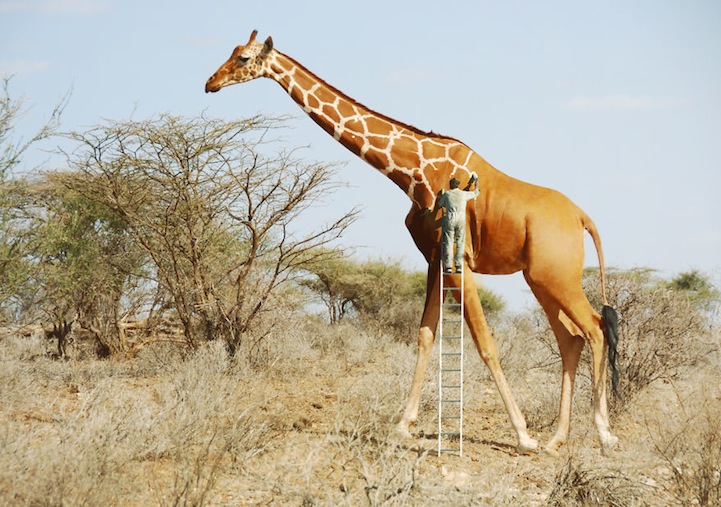 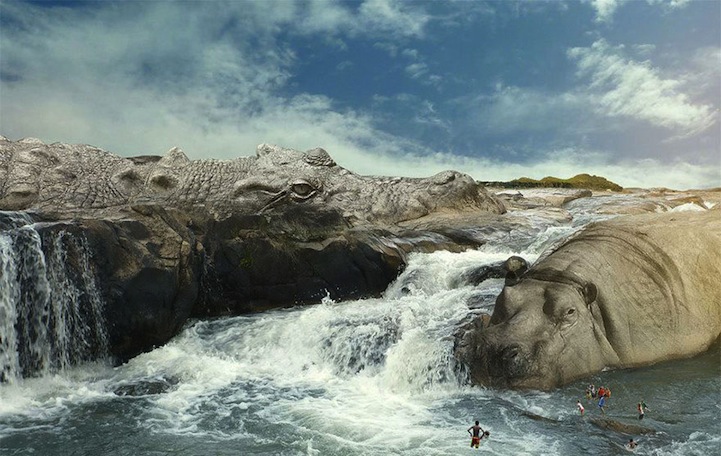 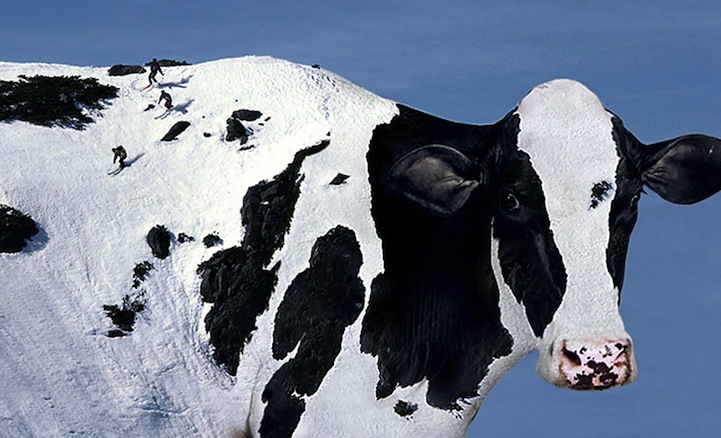 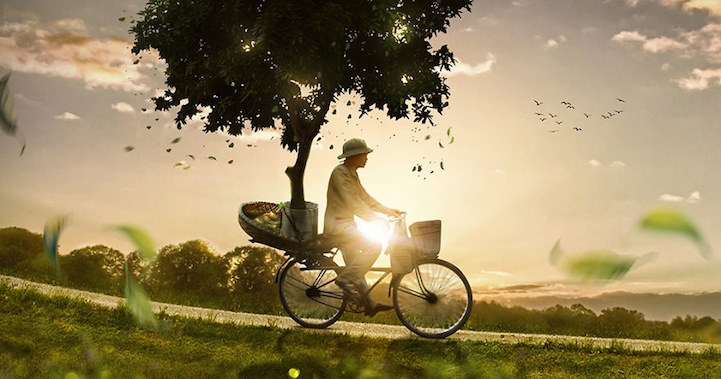 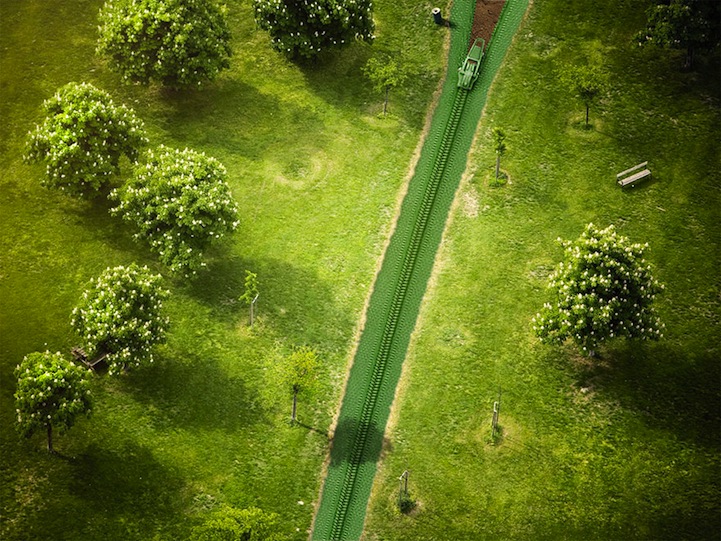 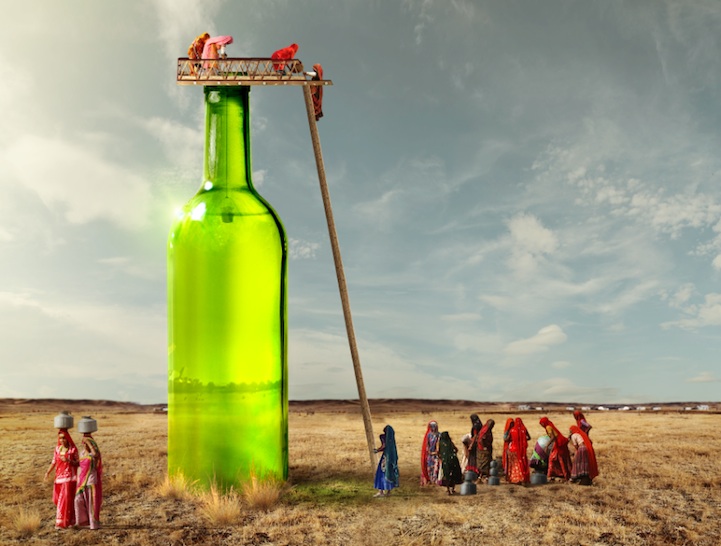 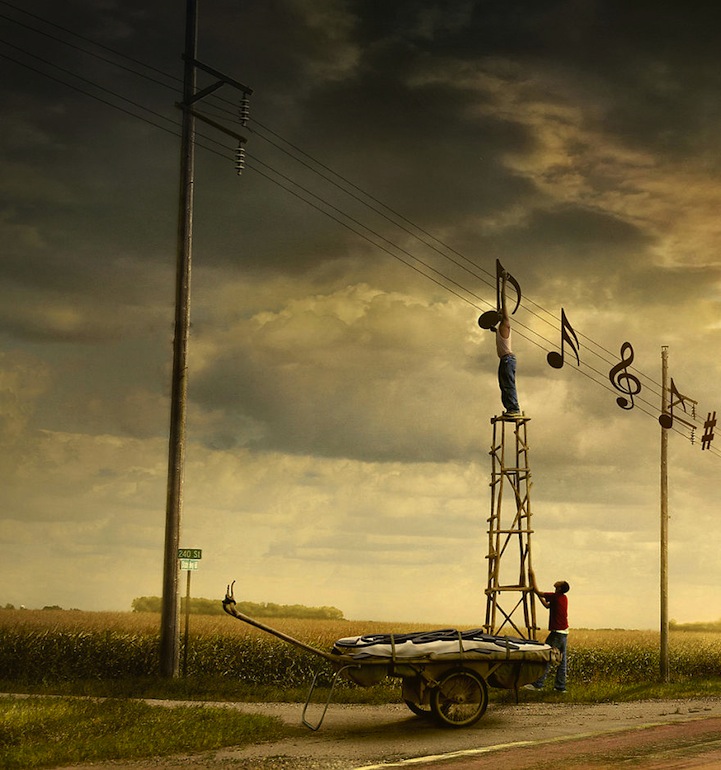 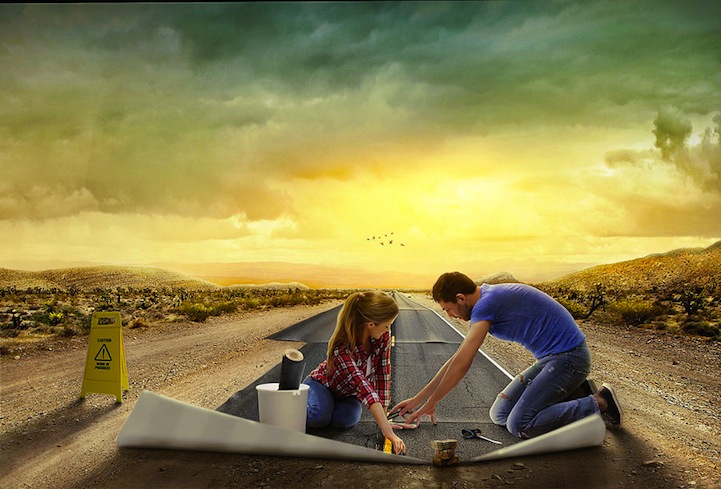