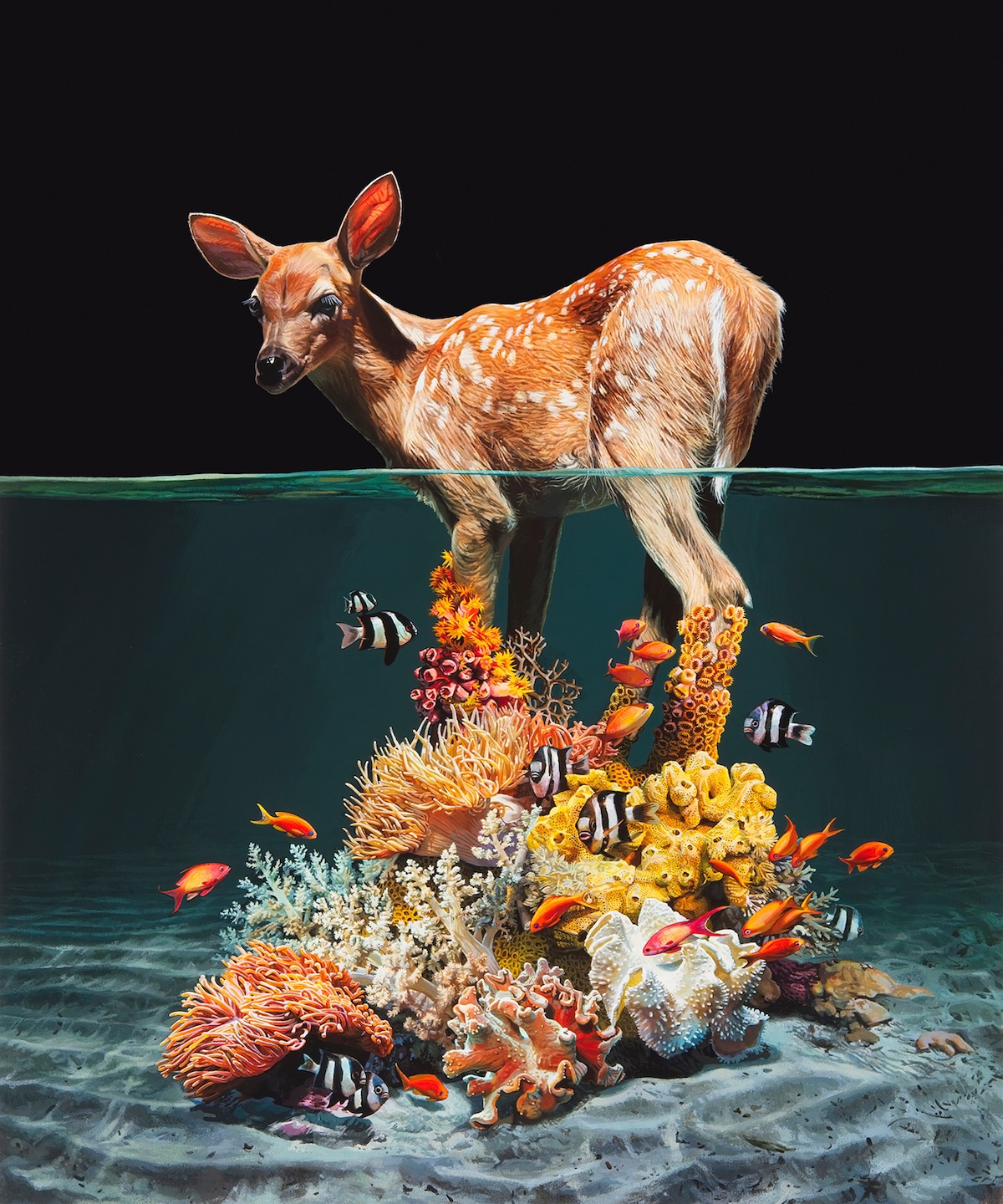 Known for her hyperrealistic animal paintings, Portland-based artist Lisa Ericson is back with a new series of work that defies the natural order of the animal kingdom. Titled Islands, Ericson’s latest string of surreal paintings is a continuation from her previous Mobile Habitats and Border Crossing series. Each piece highlights our ever-changing climates by visualizing land animals half-submerged in rising waters, while marine life swims and grows around their feet.

Ericson began the series by painting turtles carrying plant life, insects, and birds on their shells. “They are mini ecosystems on the backs of turtles who have been displaced, cut off, or submerged by changing climates, rising sea levels, and human disruption.” Ericson tells My Modern Met. “They become their own islands.”

The series then evolved to feature larger mammals, such as a deer, a flamingo, and even a bear. The bear piece (titled Beacon) is inspired by a rare subspecies of black bears that live in coastal British Columbia. Their unusual pale fur color is caused by a recessive gene, and they are often called “spirit” or “ghost” bears. Ericson’s painting depicts the furry mammal standing on a rock of seaweed, while barnacles cling to his legs. In another piece (titled Bleach), a flamingo’s lower legs are concealed by red a white coral—a stark, visual reminder of coral bleaching caused by rising ocean temperatures.

Check out Ericson’s fantastical paintings below and find more of her work on her website. 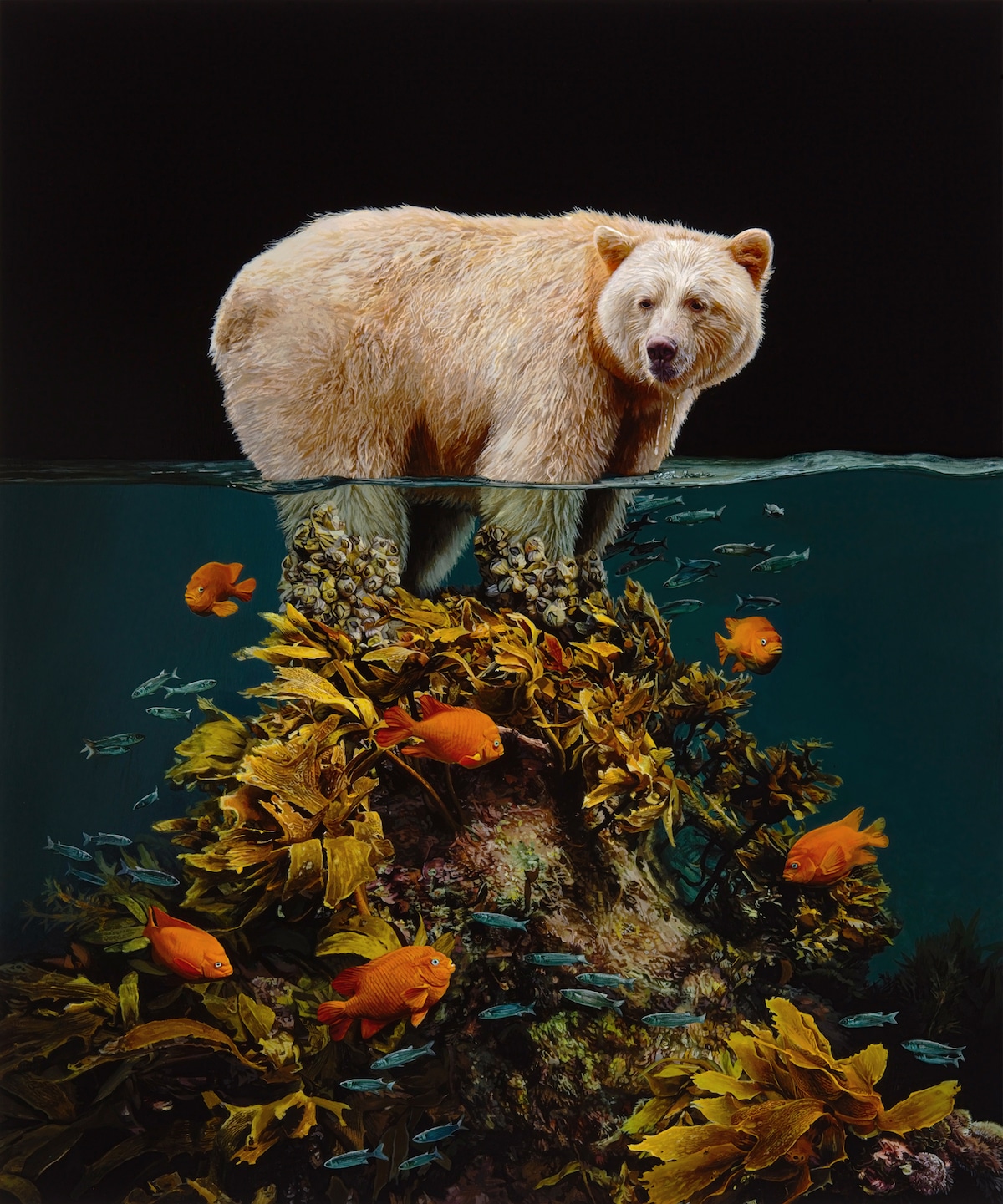 The series highlights our ever-changing climates, and the effect it has on the animal kingdom. 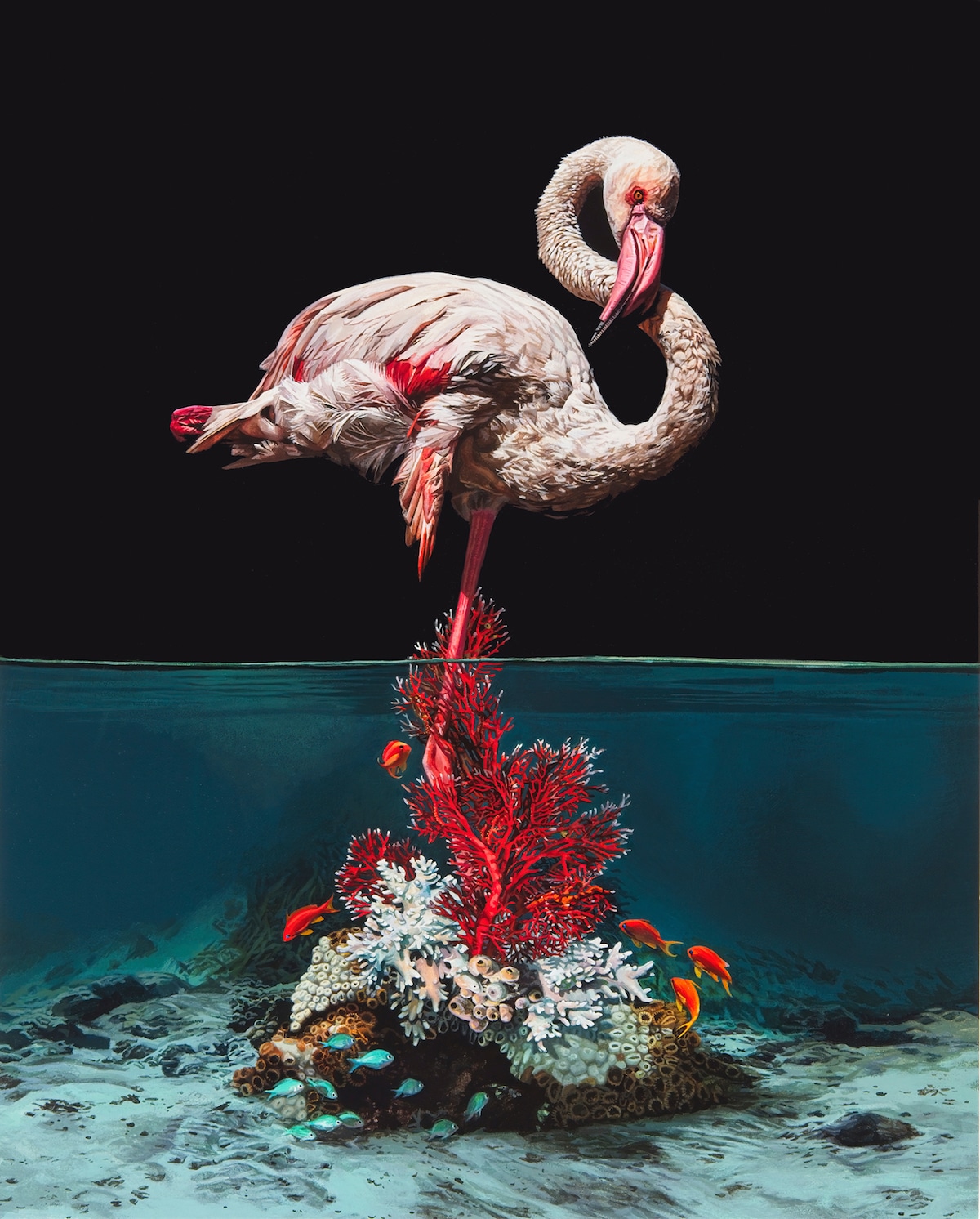 Turtles carry tiny ecosystems on their backs, as if they are their own islands. 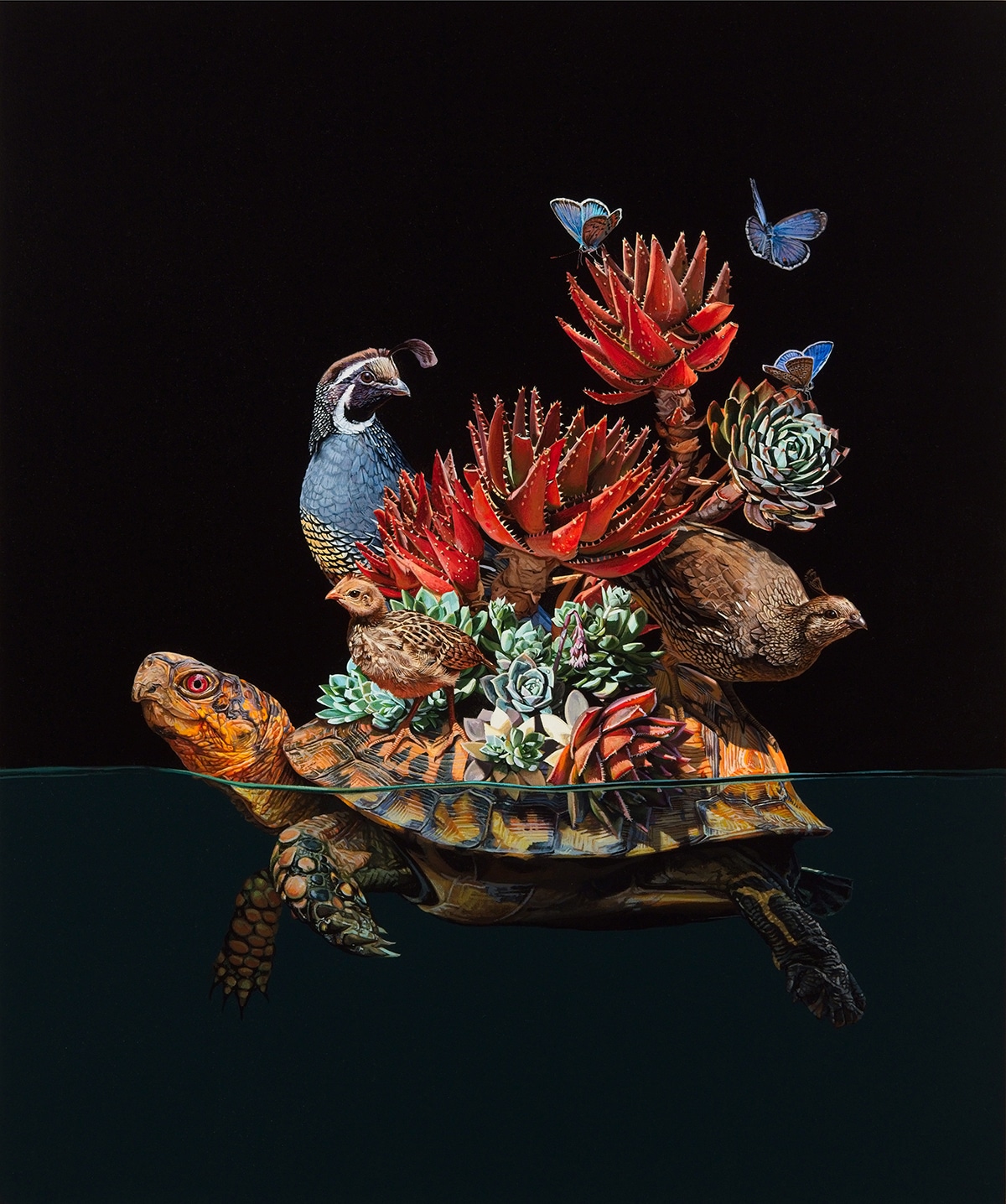 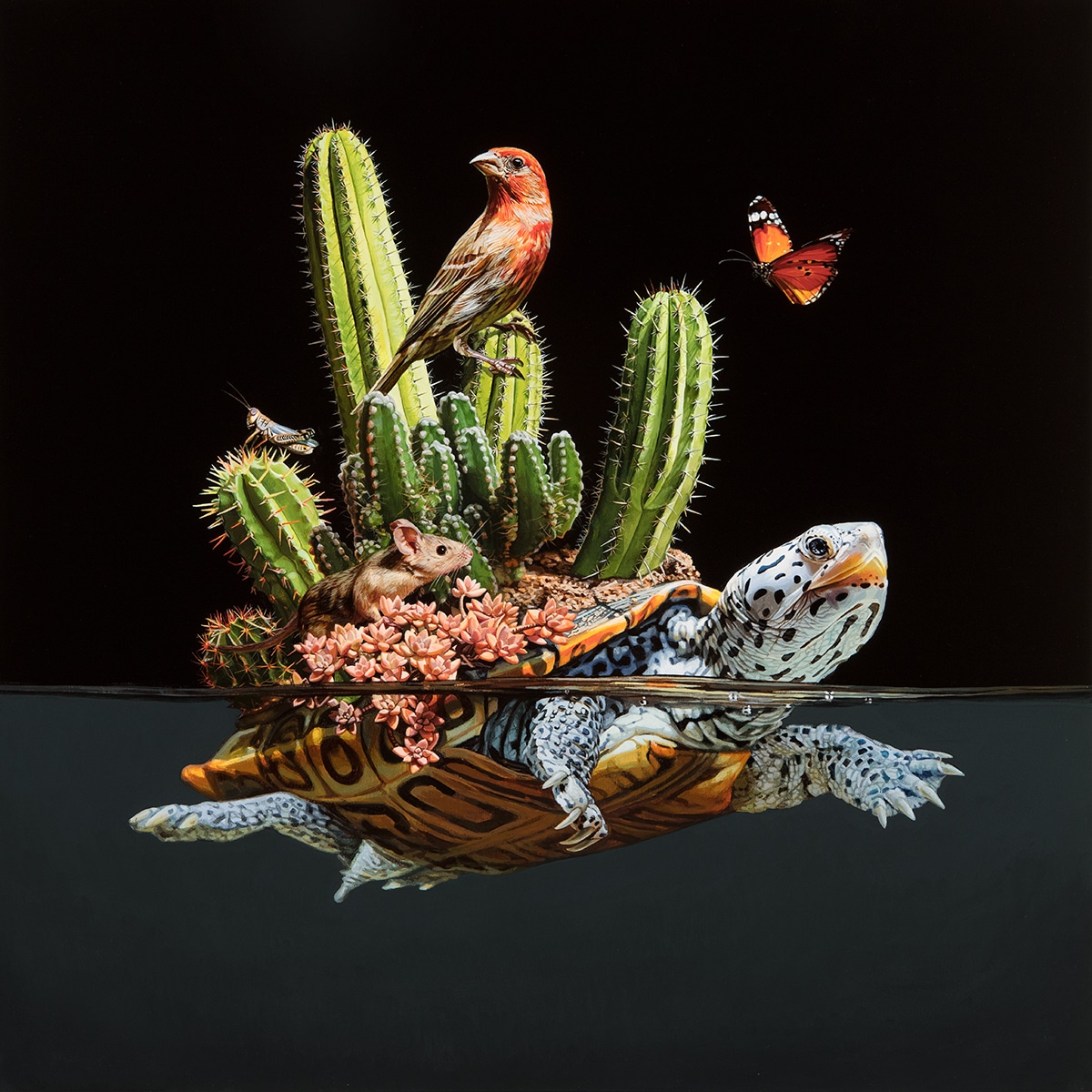 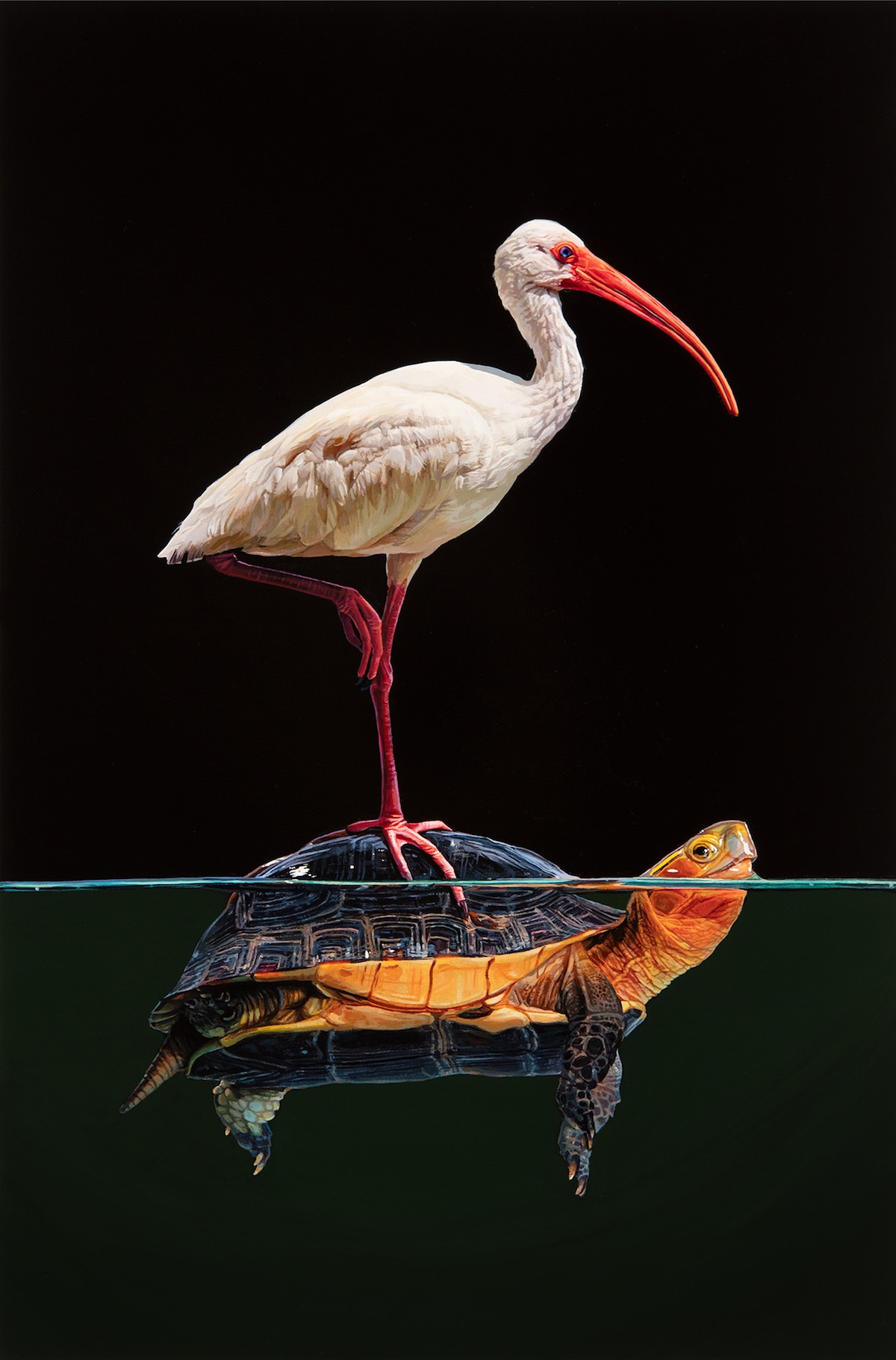 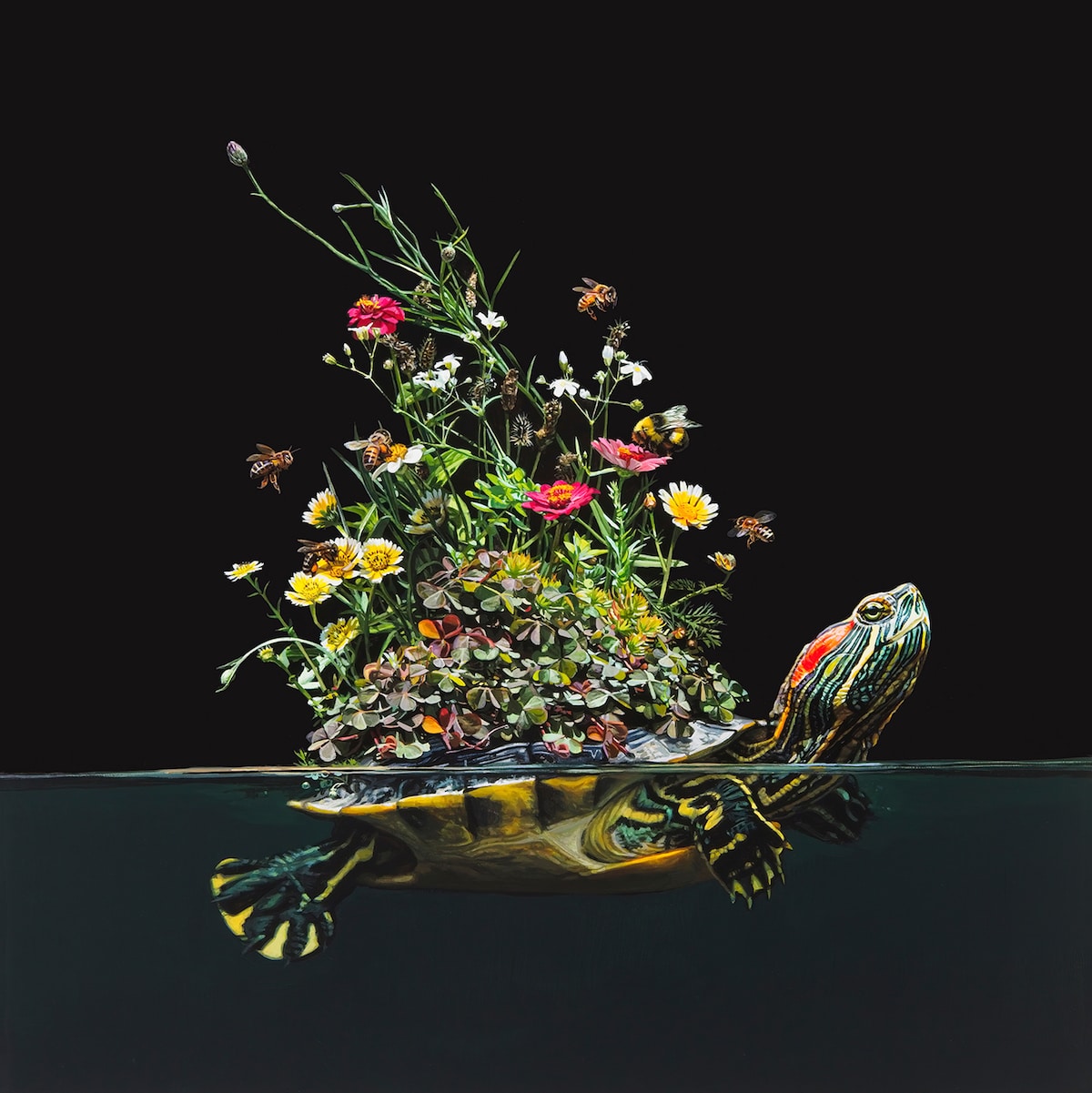 Vibrant Paintings of Colorful Fish Merged With Their Coral Environments