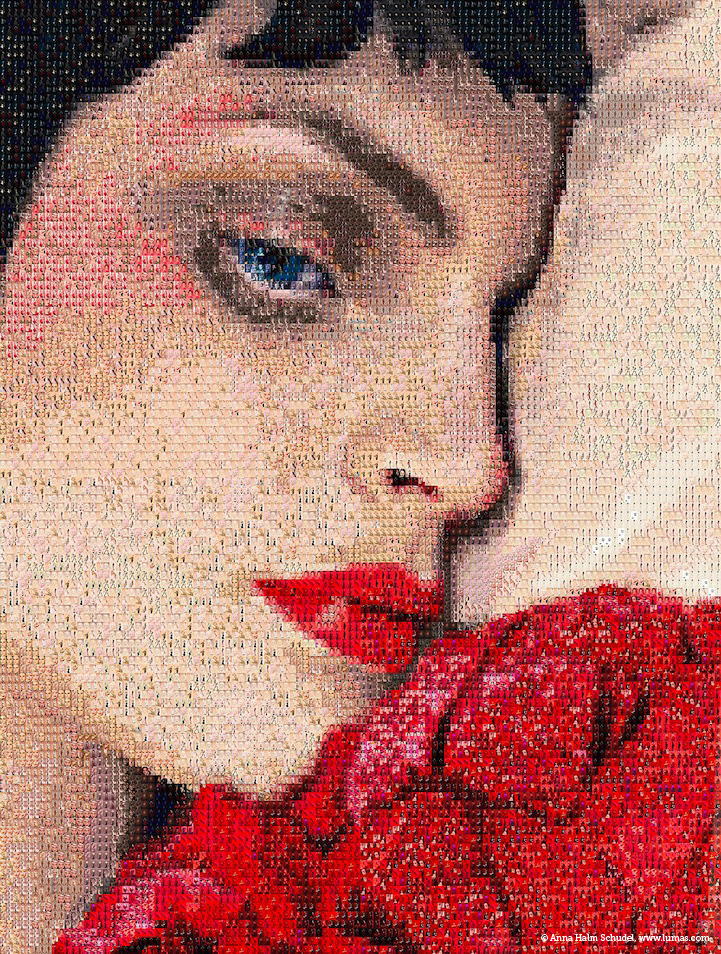 Every person has strengths, flaws, quirks, tendencies, and a variety of life experiences that collectively determine his or her personality. In thinking about this concept, Zurich-based photographer Anna Halm Schudel was inspired to create this collection of portraits–a series of large-format images that are composed of thousands and thousands of tiny images, each only one square centimeter wide.

At first glance, the viewer sees a portrait, often a familiar face like Barack Obama or Scarlett Johannson. But in reality, Schudel collected images from the Internet and worked the small pieces together like a puzzle, matching tones and color from the original photograph to make something new.

The artist creates a contrast between the close-up experience and the distant experience of each piece. In describing Schudel's work, Almut Andreae says, “All these portraits seem to eschew exact understanding at first glance. The dj-vu of the faces disseminated daily in the media dissolves into a completely unknown quality. Indeed, a closer look reveals the great surprise lurking in the conspicuously large pixilation.” 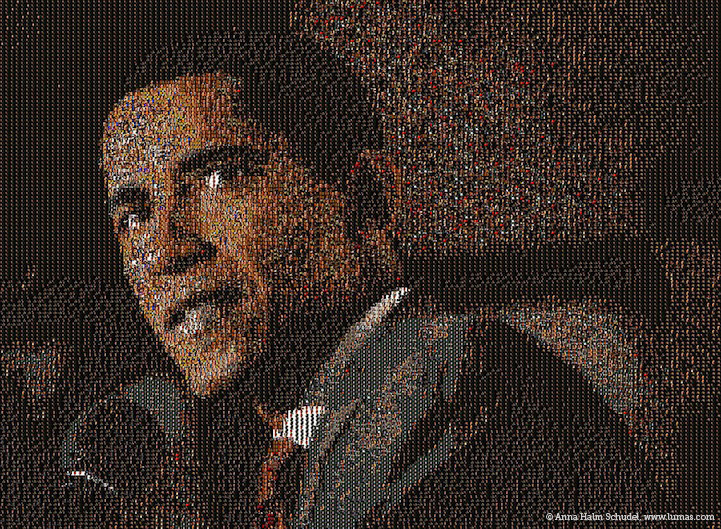 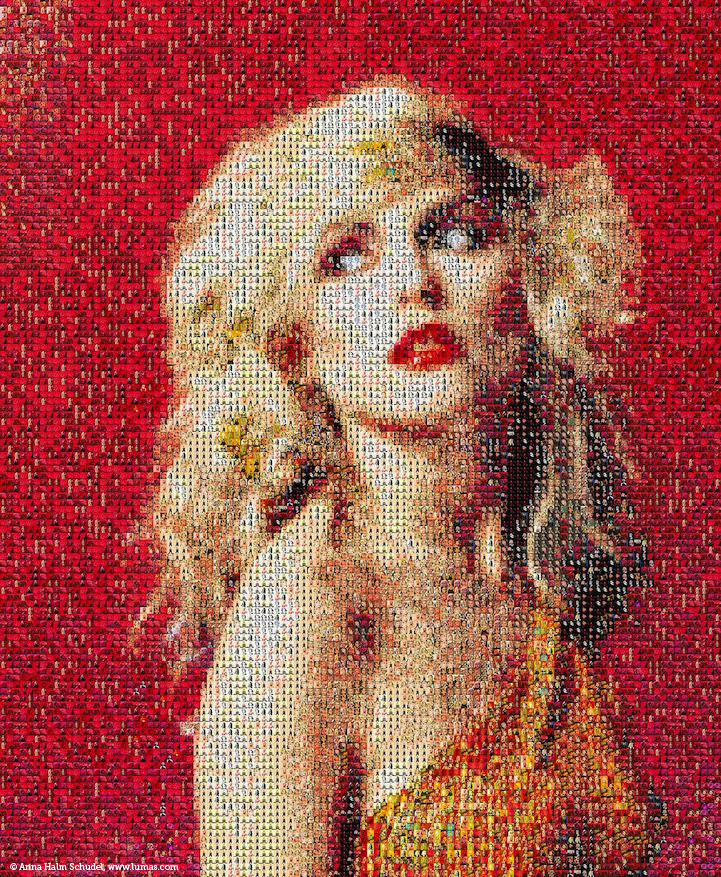 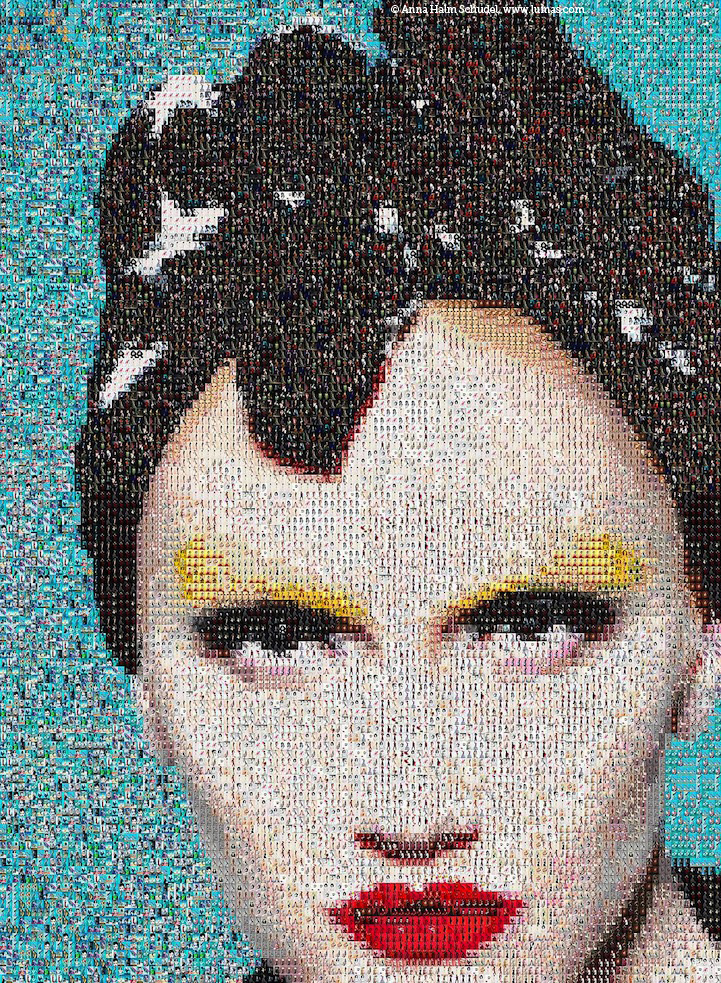 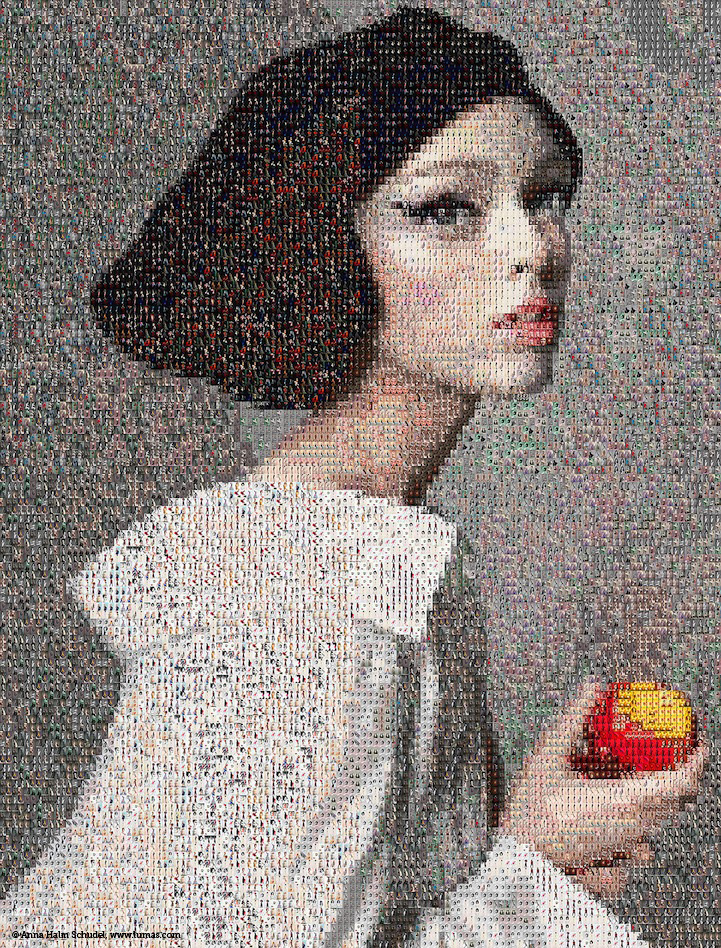 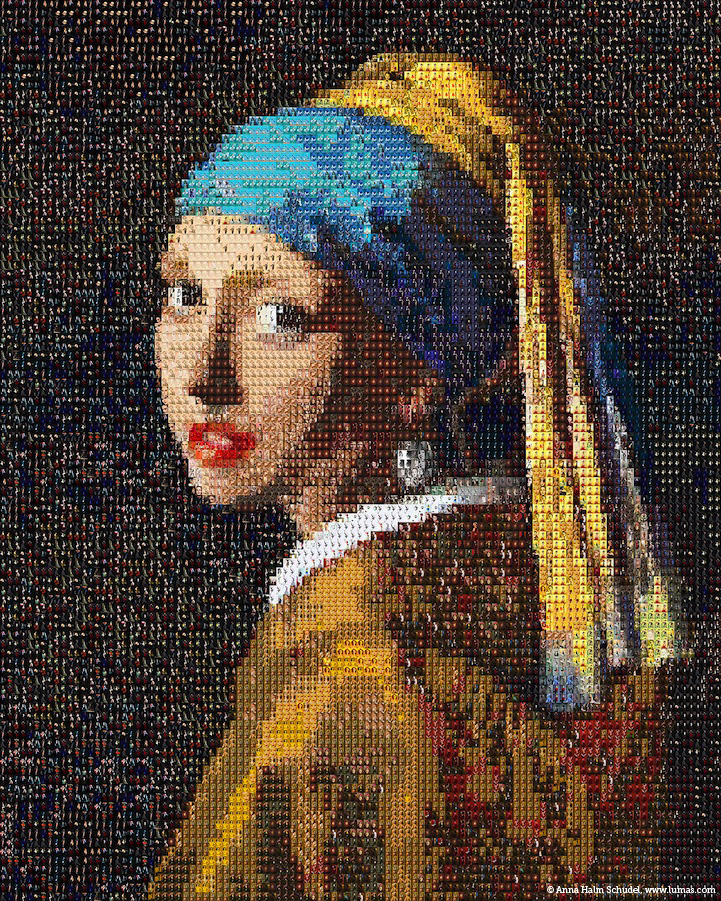