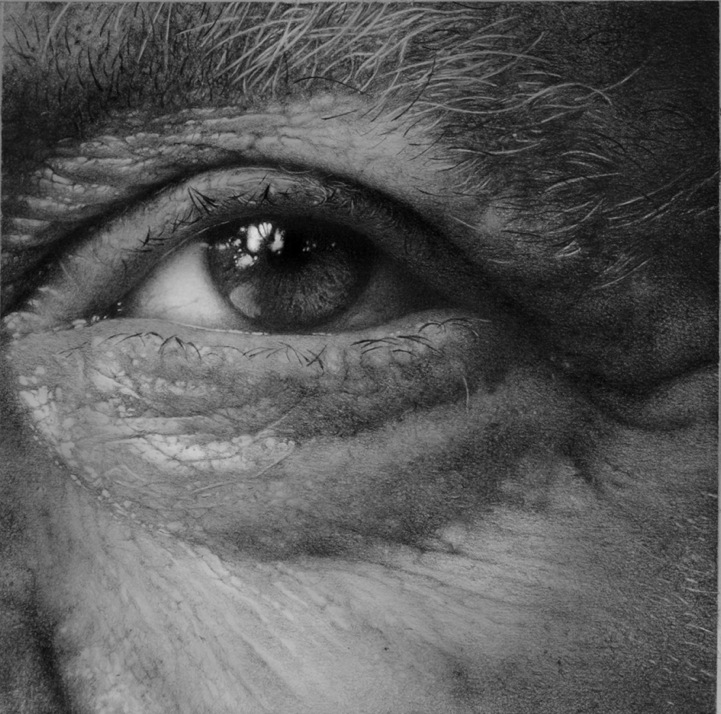 What is it about the human eye that is all at once mysterious and revealing? These organic orbs that are said to be the windows to the soul express a world of knowledge and memories whose allure is heightened by their reflective nature. There are so many intricacies to the human eye that can be difficult to capture in a photograph let alone in a graphite drawing, yet illustrator Armin Mersmann (aka nimra) manages to reproduce every twinkle, glimmer, and shine of these mesmerizing eyes juxtaposed with their wrinkled, weathered, and freckled skin.

The Michigan-based artist's photorealistic renditions, referred to as Eye Study in Pencil, allow the viewer to peer into the black and white gaze of these subjects and make their own inferences based on the close-up shots alone. There's a remarkable sense of insight into these people's lives, simply by peering into these pencil-drawn eyes. The years that have passed and those that are yet to come, the eyes truly tell indescribable tales.

One such drawing is that of Mersmann's late step-father who was 78 years old at the time. The artist reflects on the image, describing the eye as “an eye akin to hammered gold. An eye that's experienced prisoner of war camps and the death of many comrades. It's been witness to beating cancer once and now in the dusk of his years to lung cancer. This symbol speaks of strength and vulnerability; it alludes to the end of one journey and the beginning of another.” 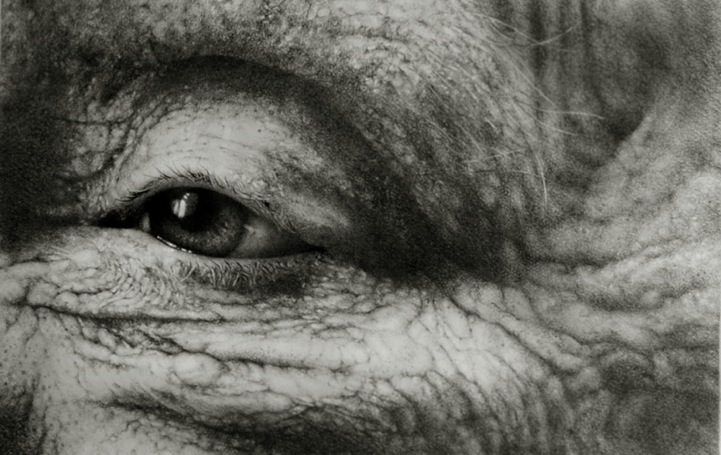 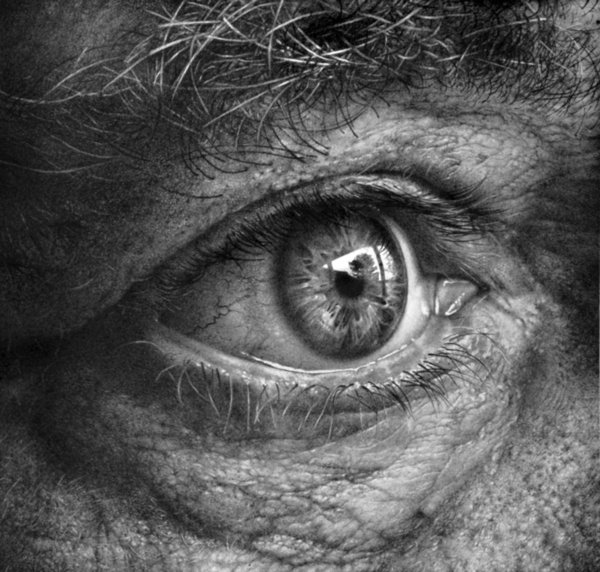 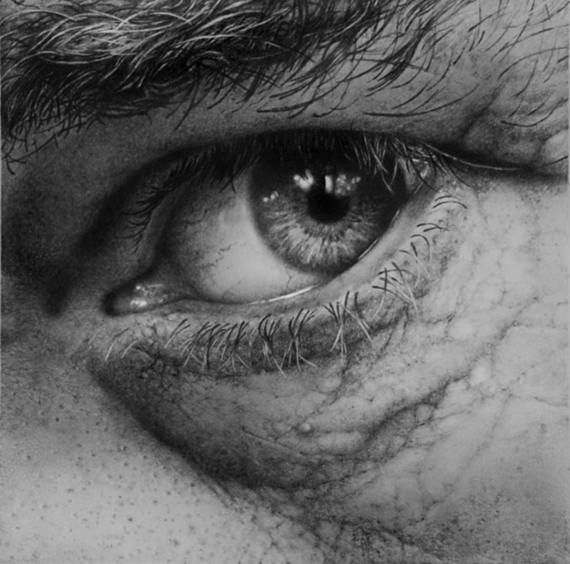 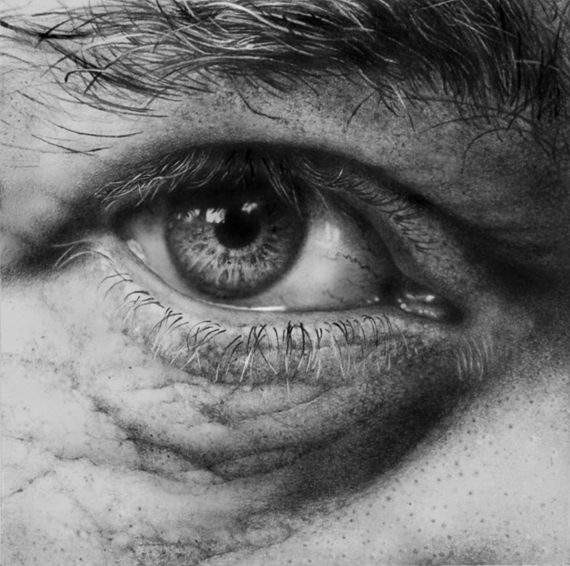 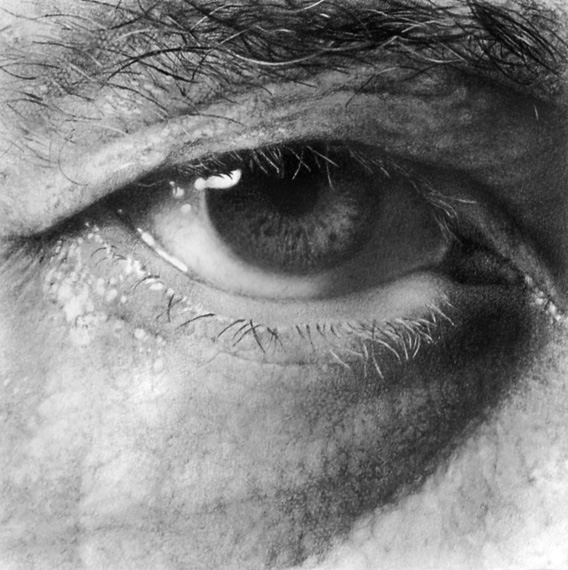 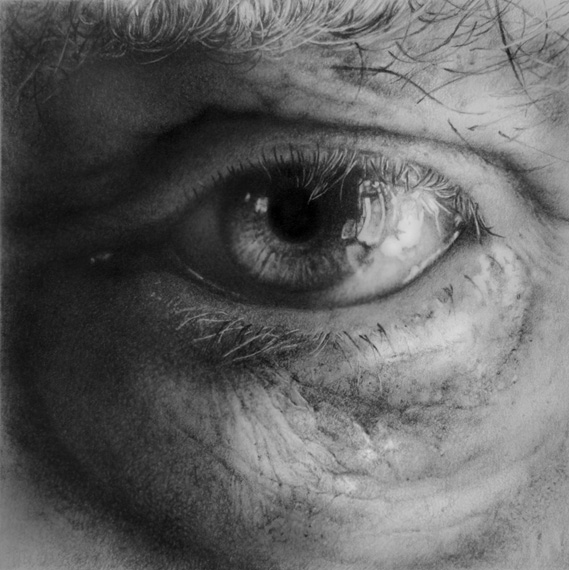 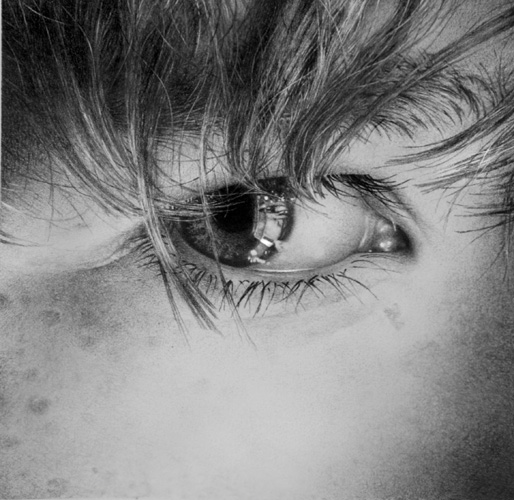