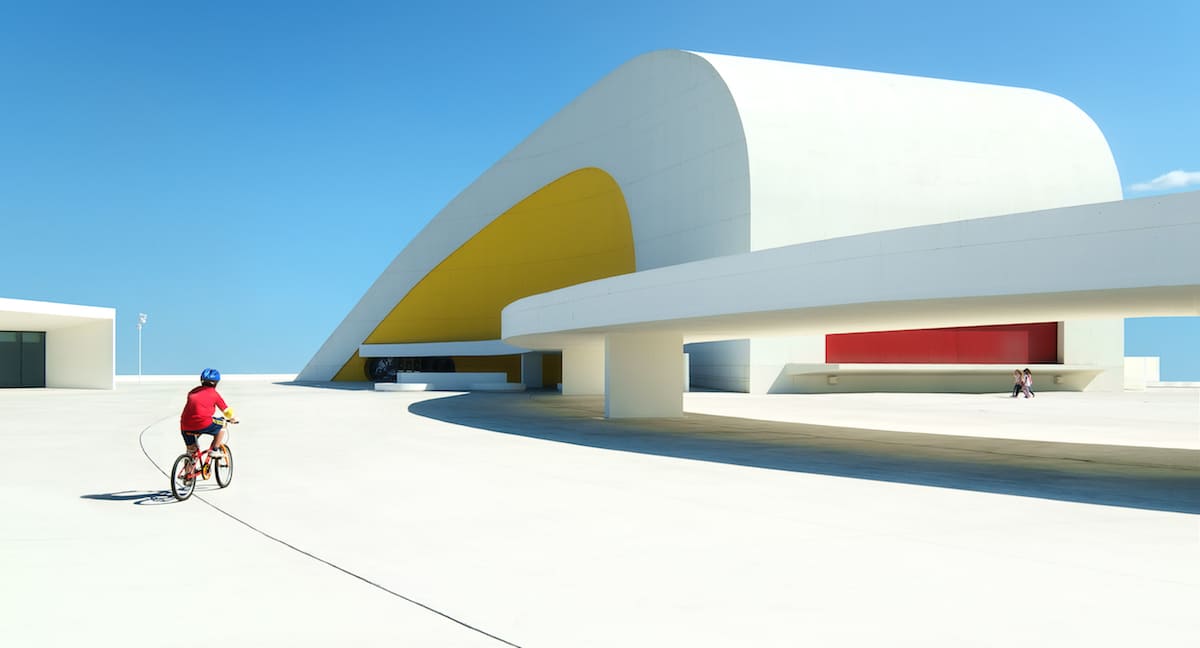 ‘Bicycle Rider' by Hans Wichmann. Shot in Aviles, Spain. “: The photo shows the Cultural Centre of Aviles in Northern Spain. It is a successful integration of modern buildings in an old industrial site by architect Oscar Niemeyer. A place for large and small people.”

Now in its eighth year, Art of Building is an annual photography contest that allows photographers to show off their best images of the built environment. Organized by the Chartered Institute of Building, amateur and professional photographers from around the world submitted thousands of entries, and now voting is open to the public to decide the winner.

A panel of expert judges have selected 12 finalists, who were chosen for their excellence in composition, creativity, focus, and lighting. The public is encouraged to vote once a day until January 8, 2018 to help decide the grand prize winners. With a variety of images from around the world, the decision certainly won't be easy.

Photographs range from a surreal shot of a cultural center in northern Spain to an abandoned schoolhouse in Montana. Whether glorifying sleek, contemporary lines or highlighting the beauty of decay, each photographer has convincingly executed a narrative through their photograph. CIOB competition organizer Saul Townsend was blown away by this year's entries, 70% of which came from overseas. “The breadth of photography we see is amazing. From those who are revealing a little-known building to those showcasing a familiar icon in a new light.”

The finalists of the Art of Building photography contest highlight the beauty of architect and the built environment. 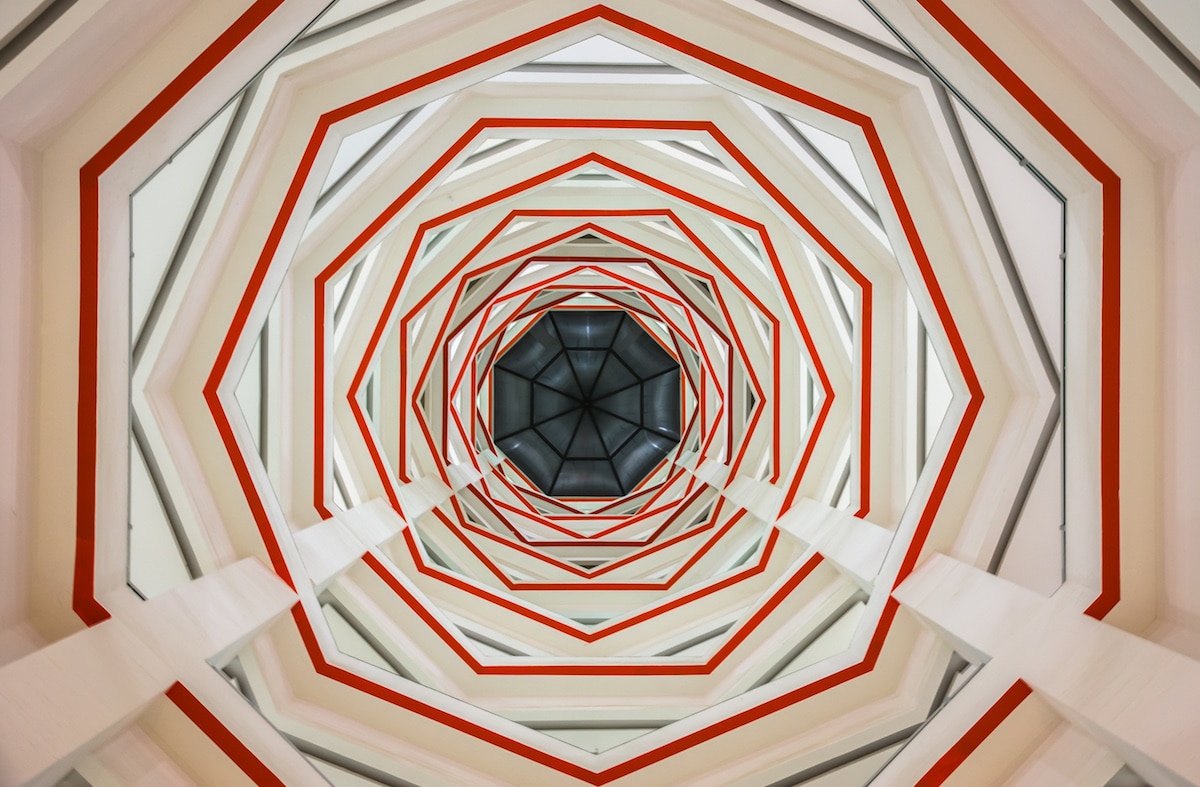 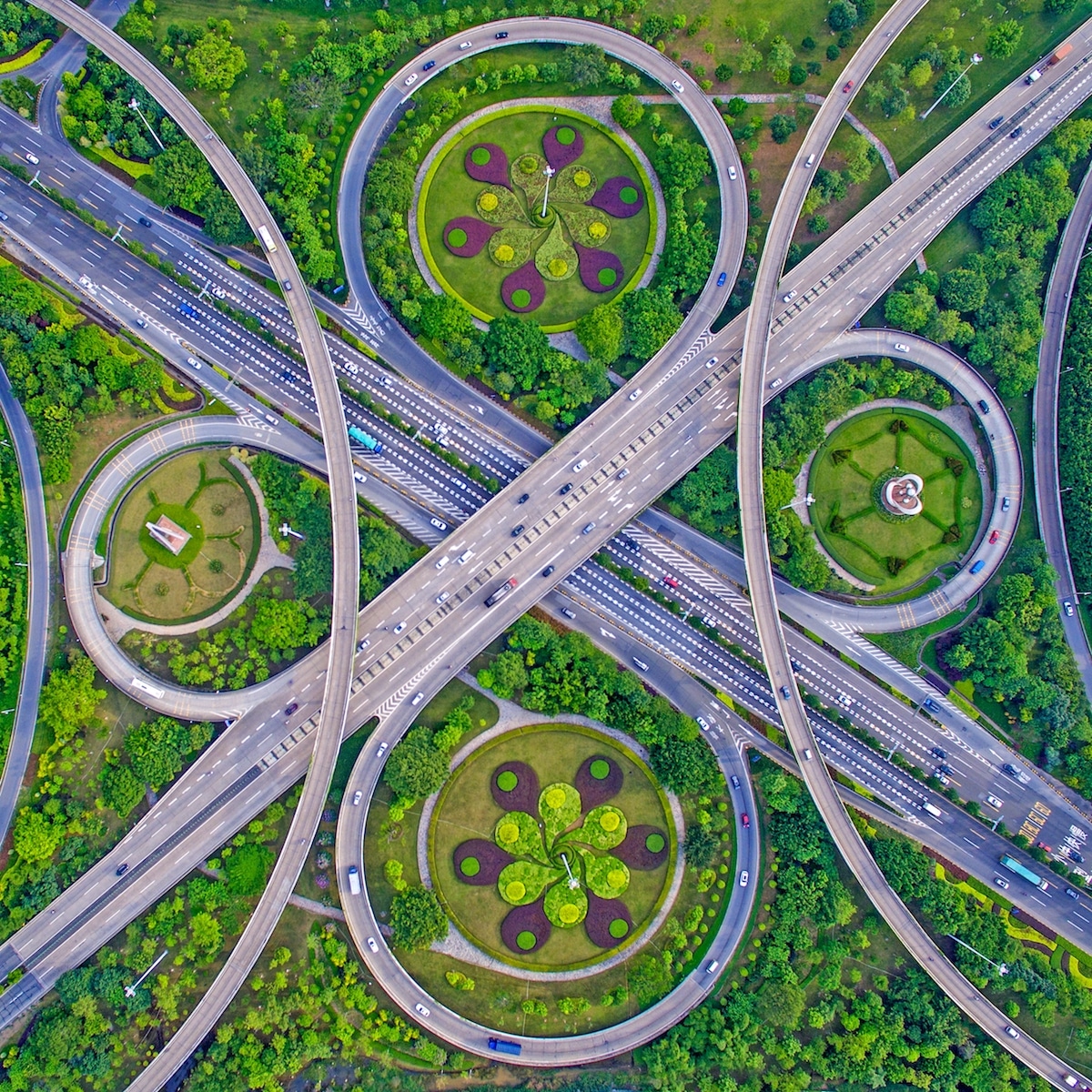 ‘Cross Bridge Watch' by Guo Ji Hua. Shot in Guangdong, China. “This work uses unmanned aerial vehicles, because the intersection of this work has an abstract line of beauty.” 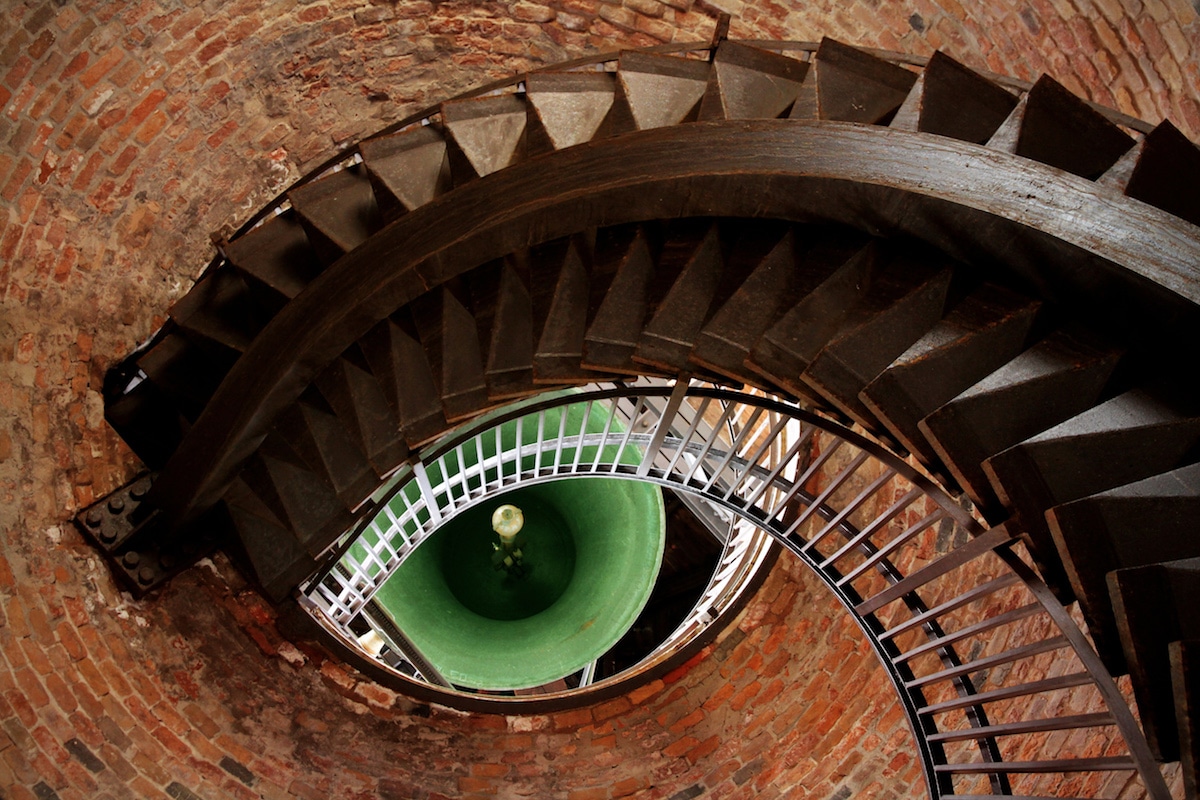 ‘Eye of the Tower' by Mehmet Yasa. Shot in Verona, Italy. “The staircase and the bell looks like an eye. Architecture can fascinate us in many ways.” 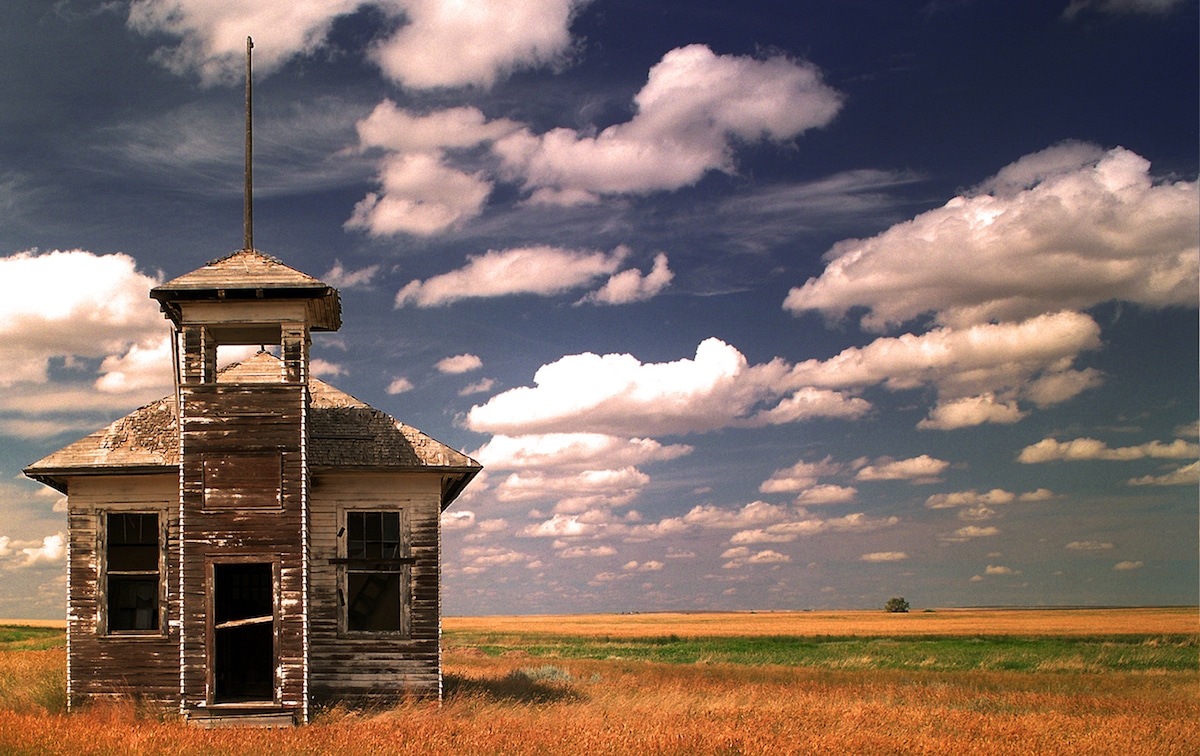 ‘Abandoned School in Fresno' by Robert Cassway. Shot in Montana, USA. “This photo shows the ravages of time and weather on a building that was left to decay by benign neglect, after the families that lived in Fresno moved away. It is part a larger series of photographs titled ‘The Vanishing West'.” 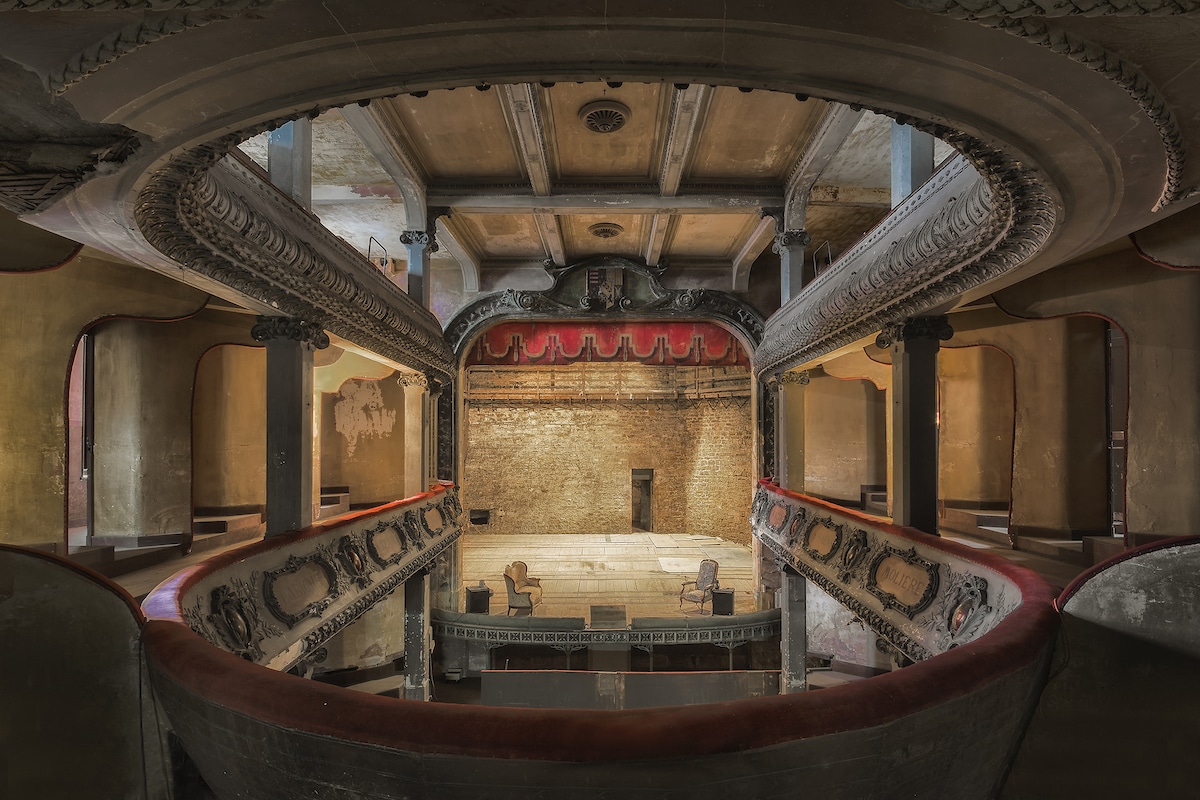 ‘The Showstopper' by Linda Van Slobbe. Shot in Bar-le-Duc, France. “This historic theatre is built in a typical oval shape that has the stage on one end and multiple floors and balconies all around the rest. This one has beautiful decorations.”

A public vote helps decide the winning photographer, who will receive a £3,500 cash prize. 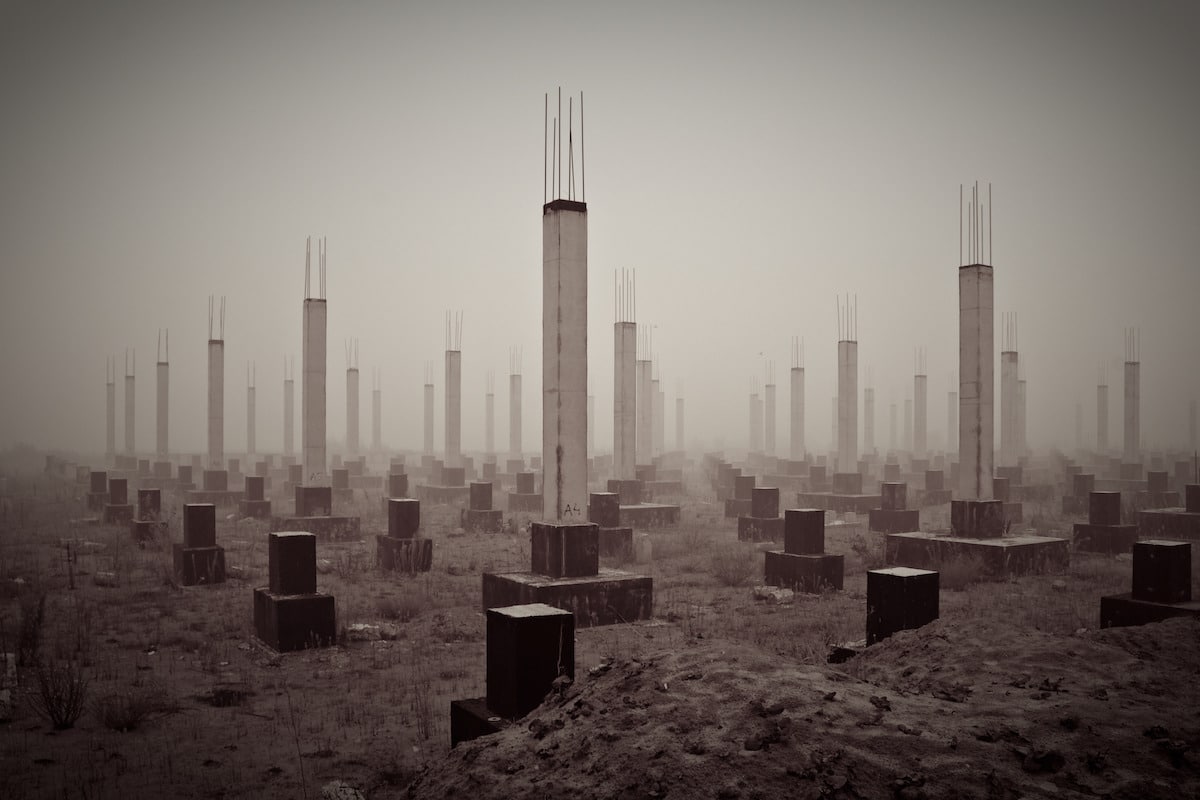 ‘Cemetery of the 21st Century' by Petr Starov. Shot in Ryazan, Russia. “The Image was shot in Russia, in summer 2010. The photo reveals the suspended construction of shopping center.” 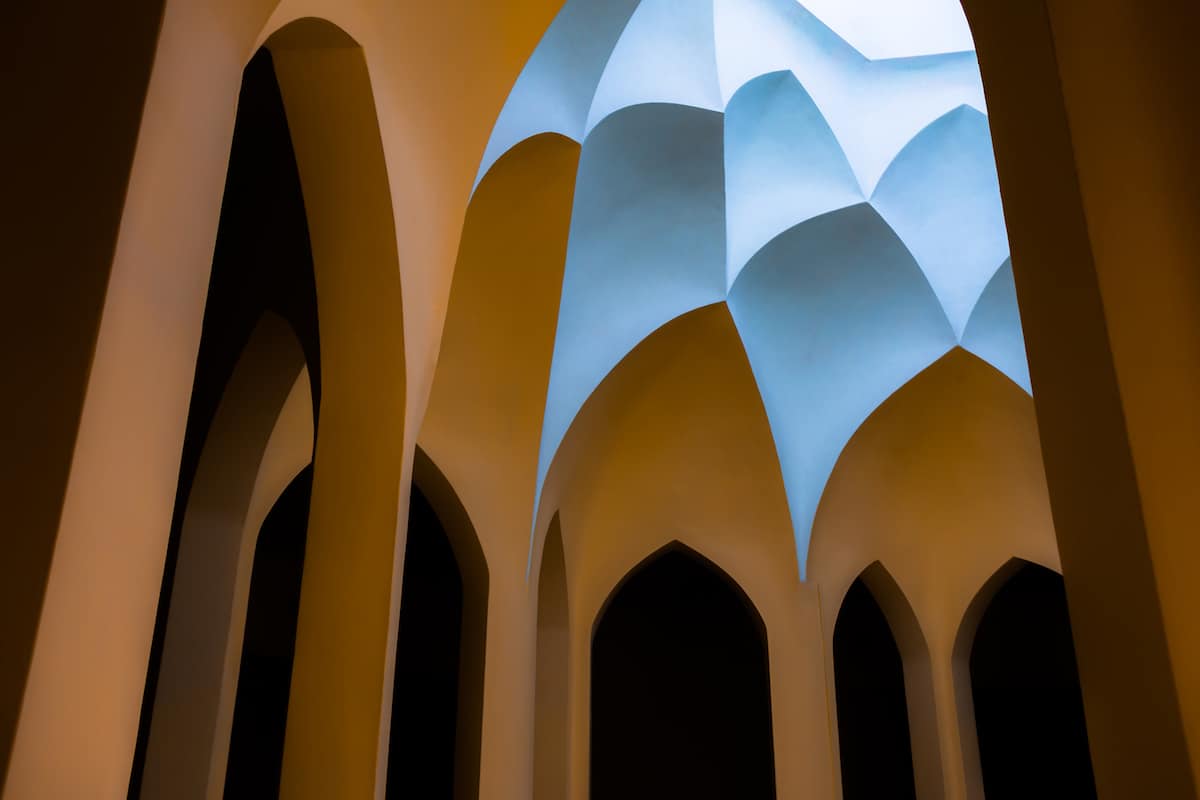 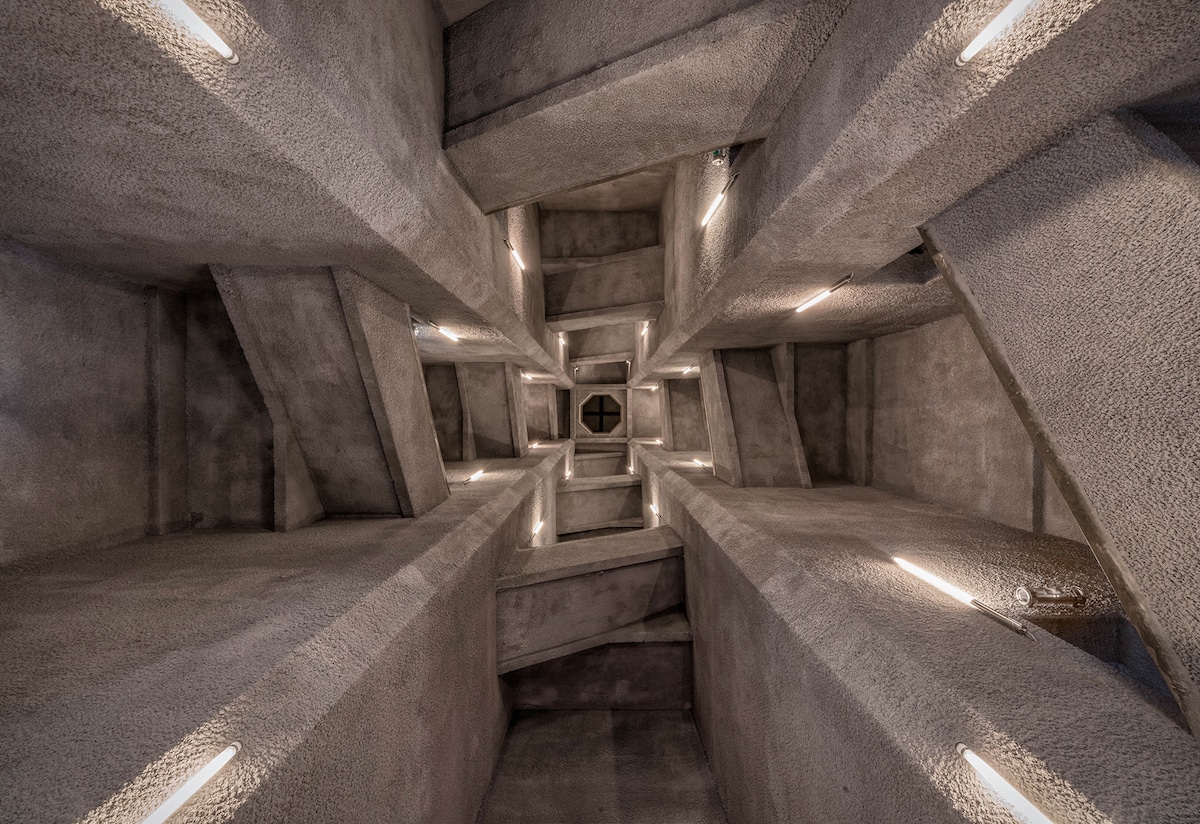 ‘Bones' by Francis Meslet. Shot in France. “This picture was taken in a well-known French memorial for the centenary of the First World War. You can see the other side of this memorial looking up over your head. Another point of view.” 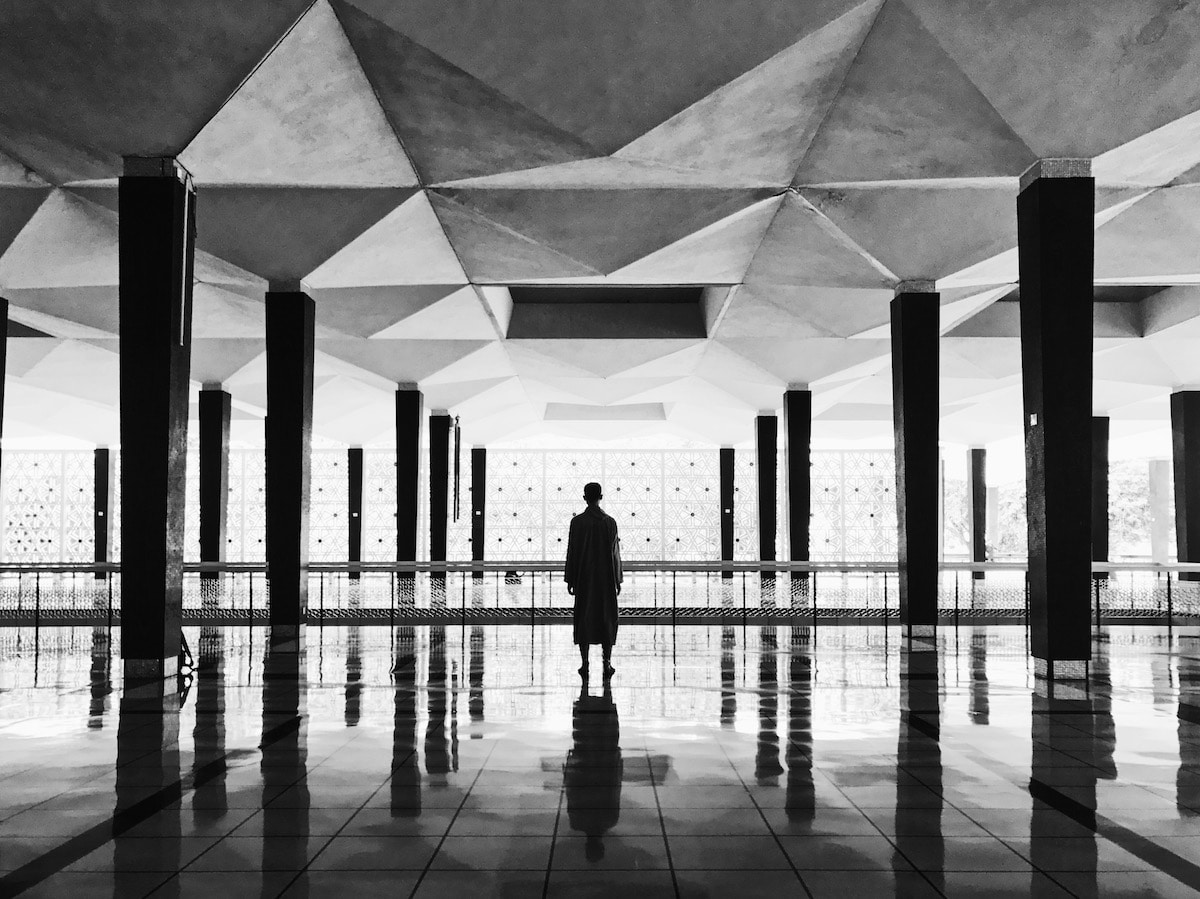 ‘Inception” by Hanqing Qu. Shot in Kuala Lumpur. “This picture was taken at Malaysia's National Mosque. When the sun light sprinkles into this building, light and shade meet each other into a dream like scene. It reminds me of the movie ‘Inception'.” 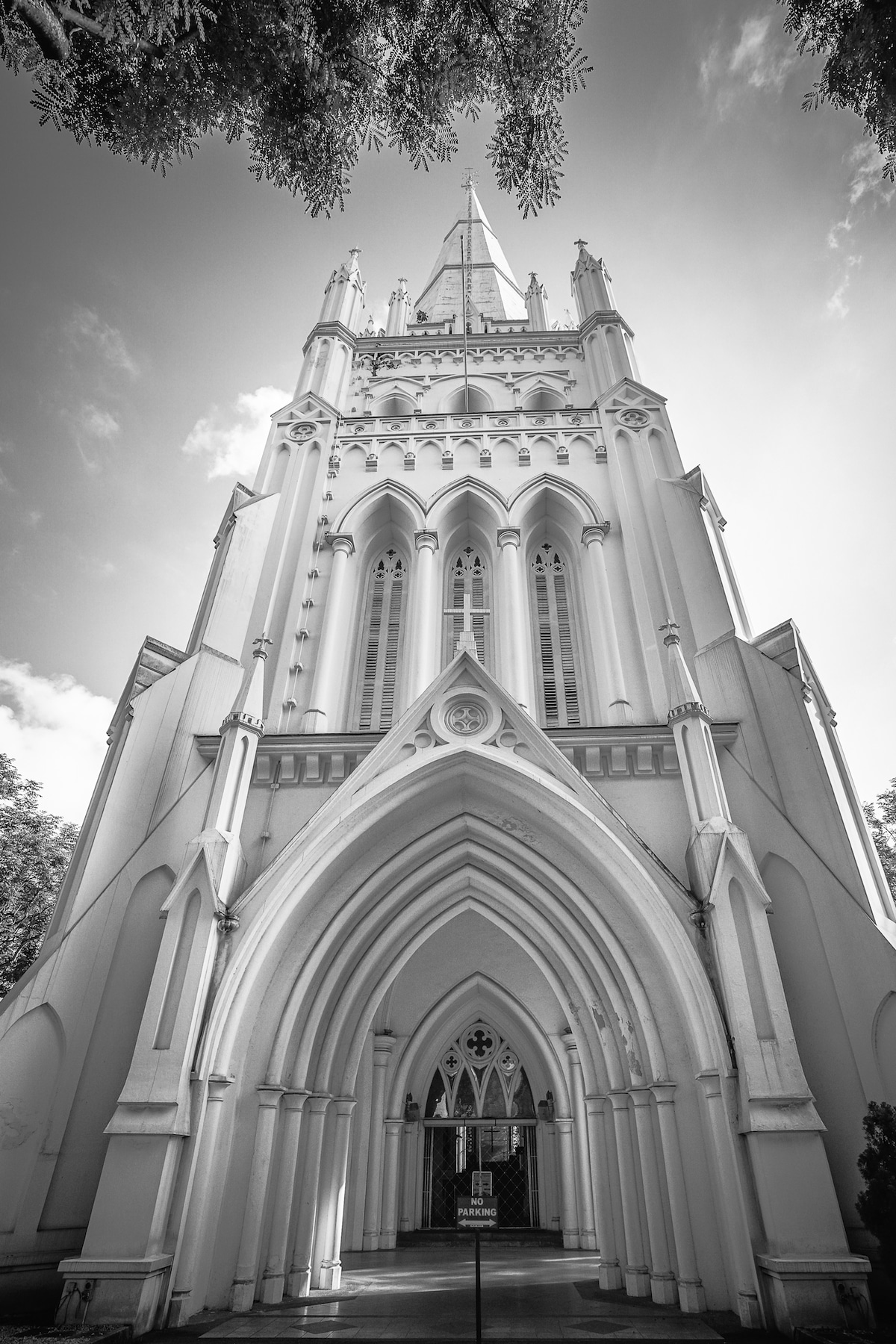 ‘The majestic St. Andrew’s Cathedral Tower' by Andrean Hadhianto Kwee. Shot in Singapore. “The Neo-Gothic Style Building that was once subsequently demolished, rebuilt and completed in 1861. This Cathedral now stands majestically in its surroundings in Singapore. Where it has still preserved its originality.” 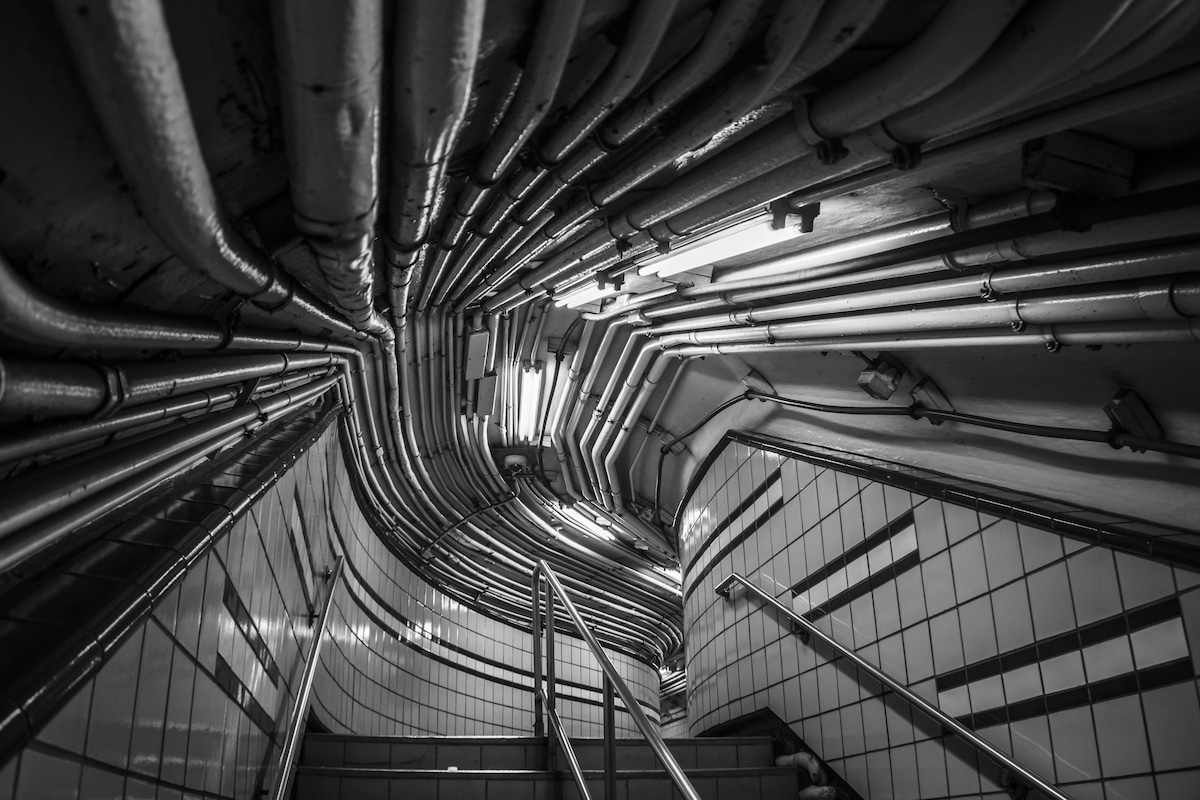 ‘Man Made Cave' by Gautam Kamat Bambolkar. Shot in New York, USA. “Rugged textured cable pipes ran over my head at a train station in New York, creating a trance-like, frightful pattern. They ran from the edge of the entrance to an infinite end. It looked nothing less than a scary man-made cave.”

My Modern Met granted permission to use photos by Art of Building.

Finalists in The Art of Building Contest

Who's your winner? Share
Like My Modern Met on Facebook
Get Our Weekly Newsletter
Become a
My Modern Met Member
As a member, you'll join us in our effort to support the arts.
Become a Member
Explore member benefits 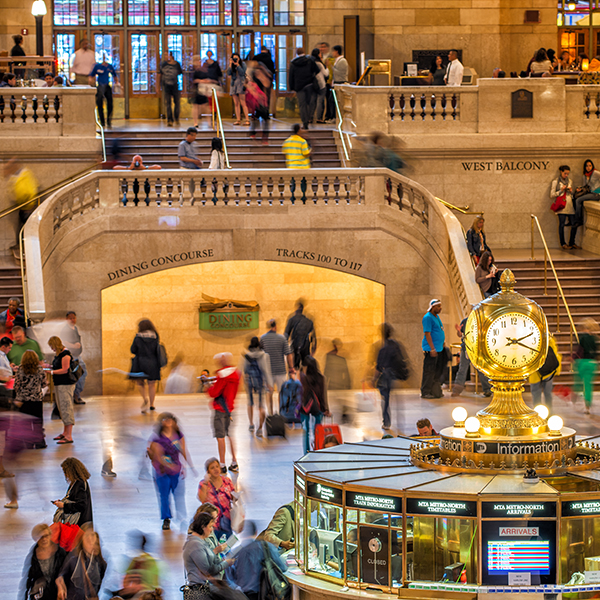