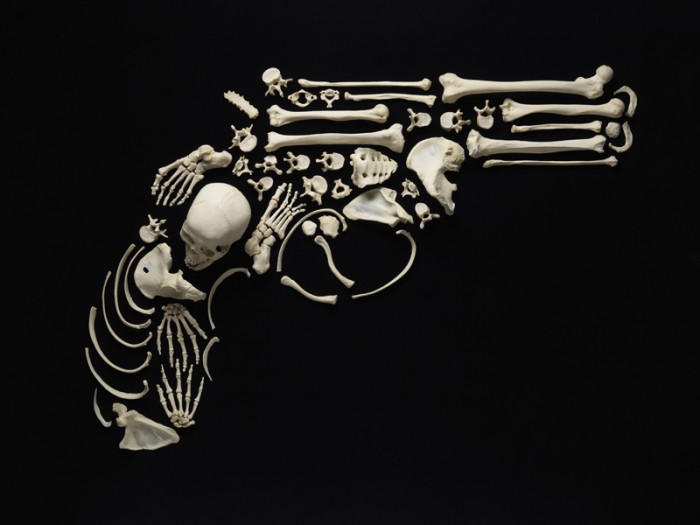 Francois Robert spent hundreds of hours arranging the real bones of a single human skeleton into a series of striking iconic shapes, each five or six feet wide. He titled the beautiful yet eerily haunting series, ‘Stop the Violence.'” “In the mid-90's, during an auction from an old school, I purchased 3 metal lockers and to my surprise one of them held a real, full size articulated skeleton,” he says. “For years I had it displayed in one of the rooms in my studio and I often wondered what else I could do with it. Finally the idea came to me to explore the idea of disassembling the skeleton and rearranging the bones, and from that process came the series ‘Stop the Violence.'” Robert confesses that more than anything else he is motivated by the fear of death. “The bones are something left behind, a form of memory. I try to treat that person on my studio floor with respect.” 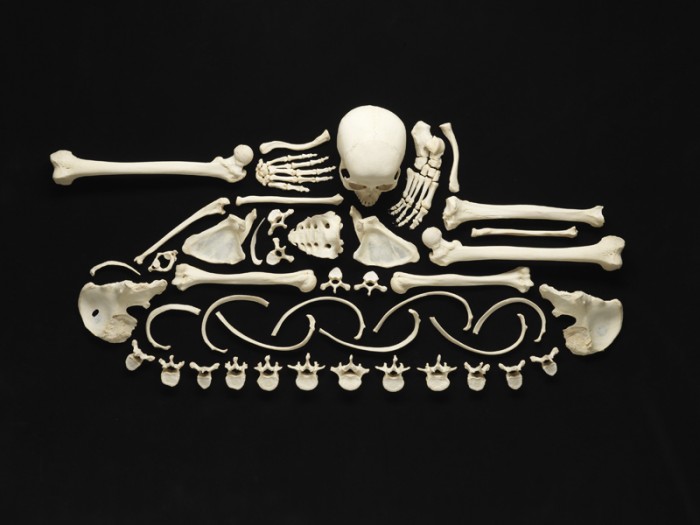 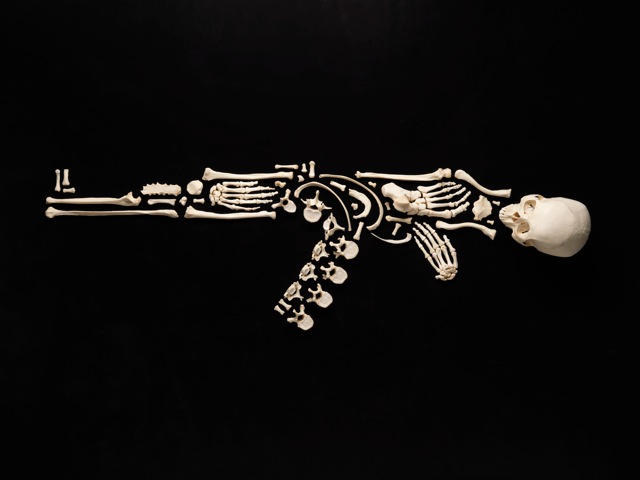 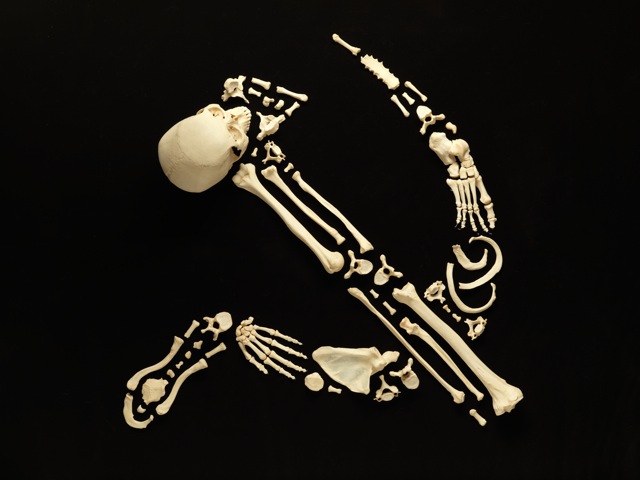 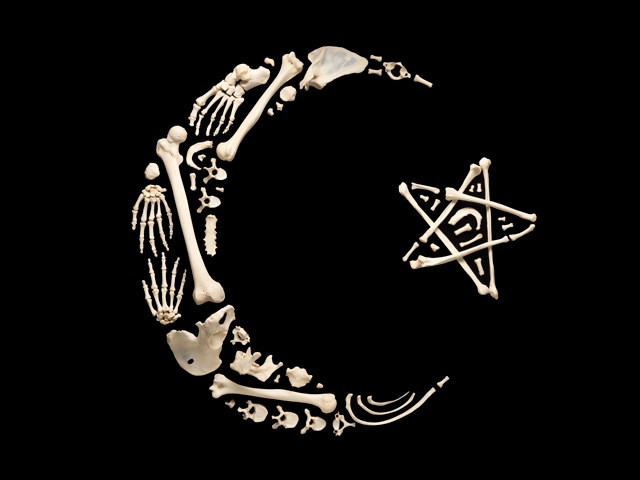 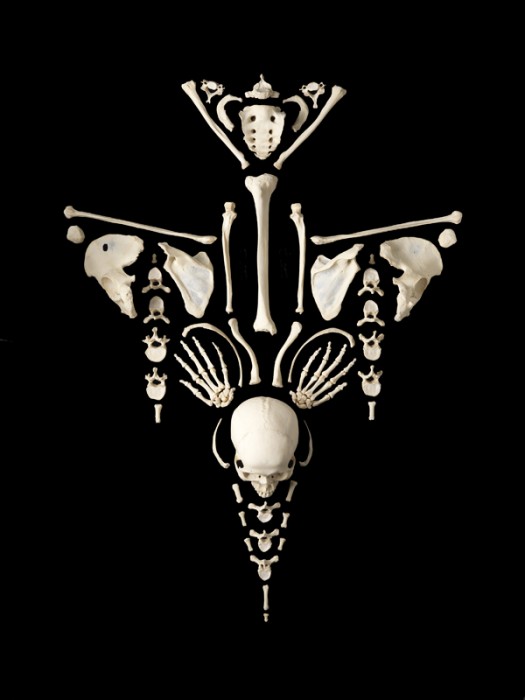 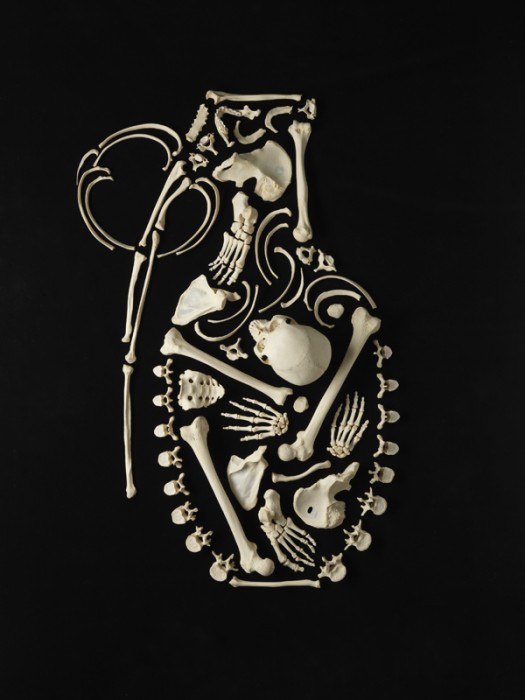 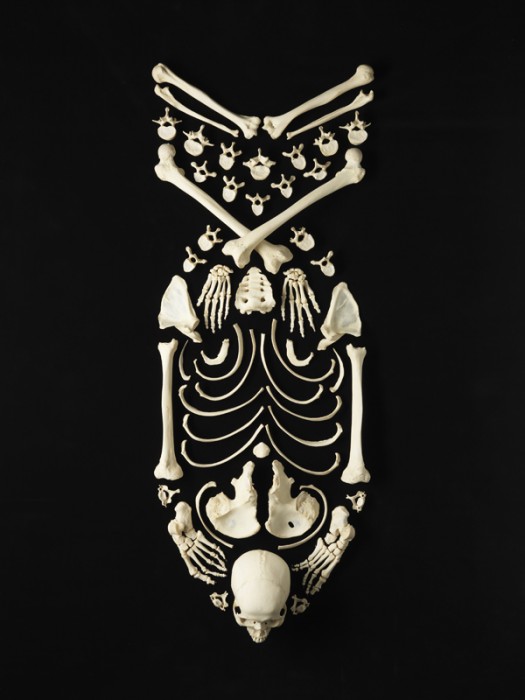 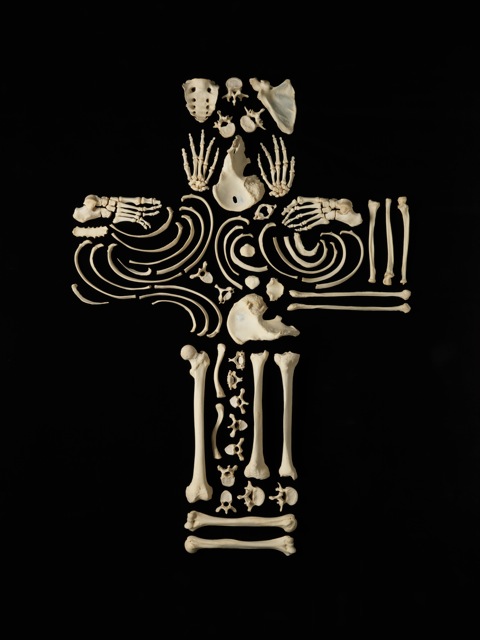 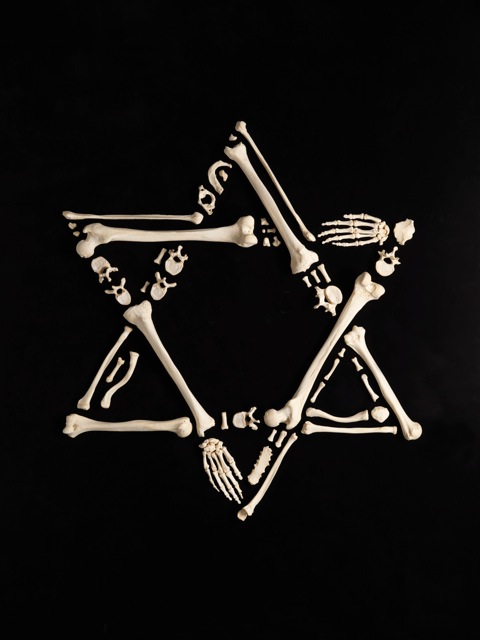 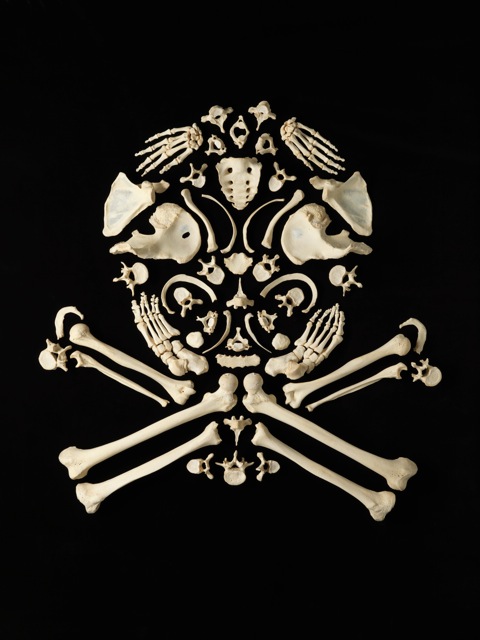 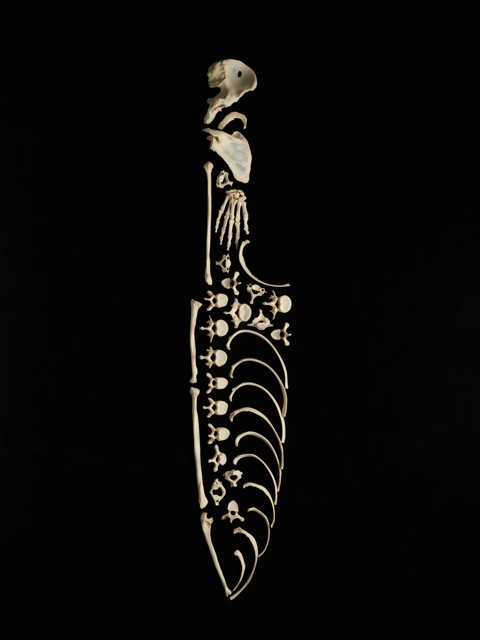