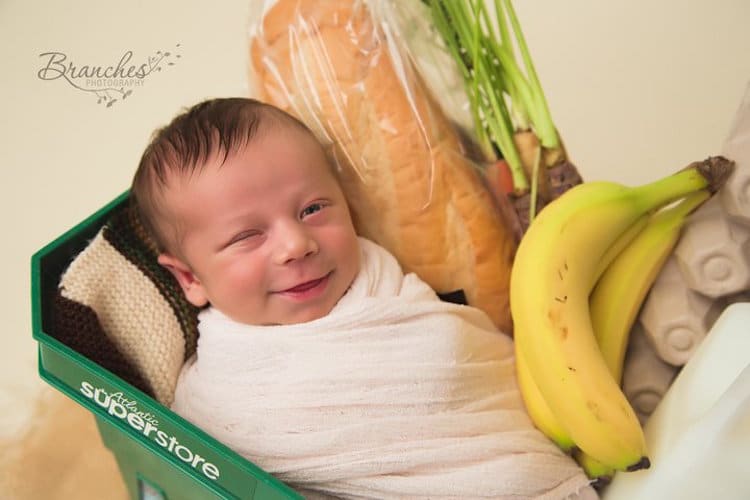 To most, going to the grocery store is an uneventful errand. Earlier this year, however, Nova Scotia resident Ashleigh Miller-Cross' simple shopping trip took a drastic turn when she unexpectedly gave birth to a baby boy in the bathroom. To cleverly commemorate the unconventional arrival of her son, Ezra, Miller-Cross and Jen Matchett of Branches Photography teamed up to carry out a fun and fitting grocery store-themed photo shoot.

When she began to go into labor, Miller-Cross did not even know that she was pregnant. At the time, she had given birth just 10 months earlier to a baby girl, Mia. With no obvious symptoms, the possibility of a pregnancy was the last thing on her mind. “I really had no idea,” she told CBC News. “I presumed I hadn't lost any weight because I only had Mia 10 months ago. I didn't grow any extra. I was just the same size. I didn't have any cravings.”

When photographer and fellow Nova Scotian Jen Matchett caught wind of this surreal story, she had an ingenious idea: she would capture little Ezra as he snoozed in a shopping basket. To make this happen, she reached out to Miler-Cross, who happily agreed to the shoot. “As soon as I heard from the mother, we booked the session, and I went to the store to borrow a basket!” Matchett explained to the Huffington Post. On top of the basket-turned-bassinet, she also stocked up on bread, a carton of eggs, and some produce, as evident in the adorable photo of Ezra, who Matchett describes as a “a dream” to photography.

In addition to the sweet and silly shopping basket photograph, the photographer also captured simple, solo shots of Ezra, as well as adorable pictures of him with his “big” sister. Who knew this shoot could get any cuter?

To commemorate the unconventional birth of Ezra, an adorable baby born in a grocery store, photographer Jen Matchett decided to photograph him in a shopping basket. 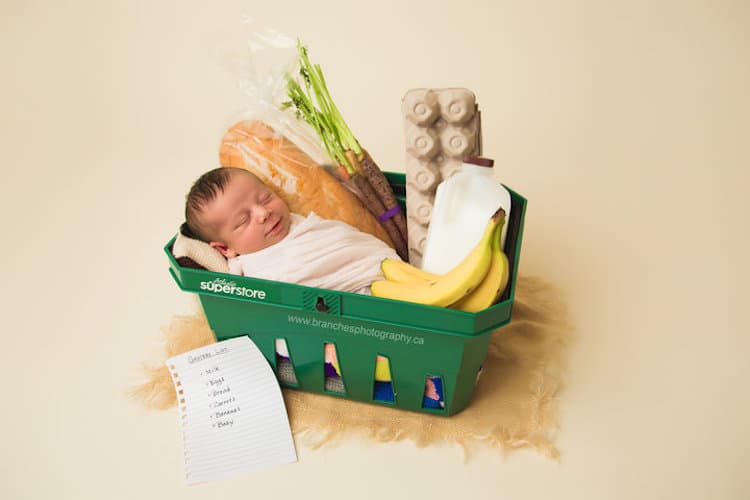 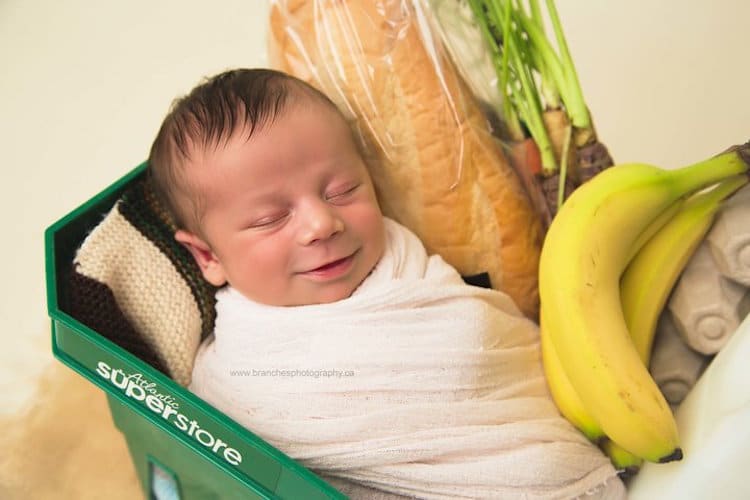 In addition to the fitting picture, Matchett also captured traditional newborn baby photos of Ezra, both alone and with his older sister. 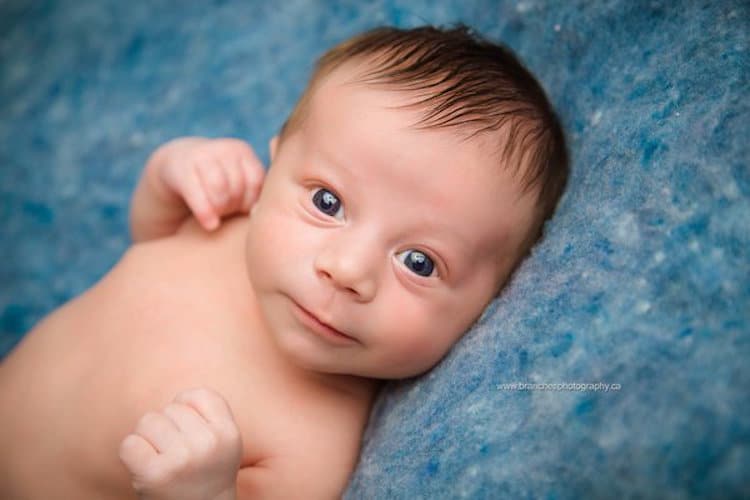 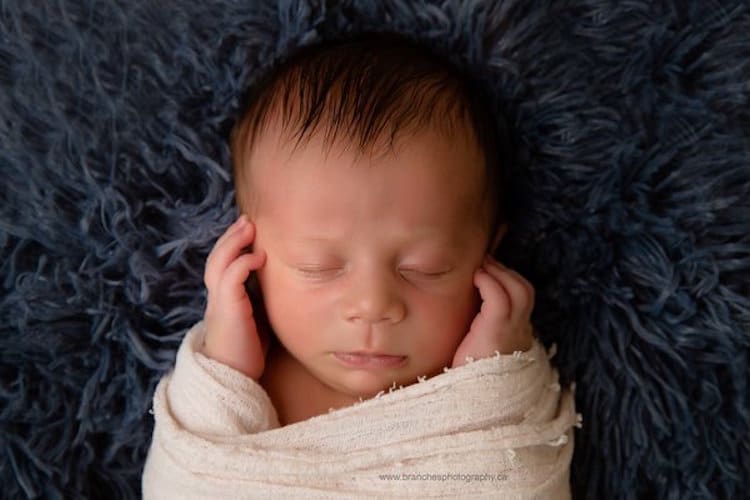 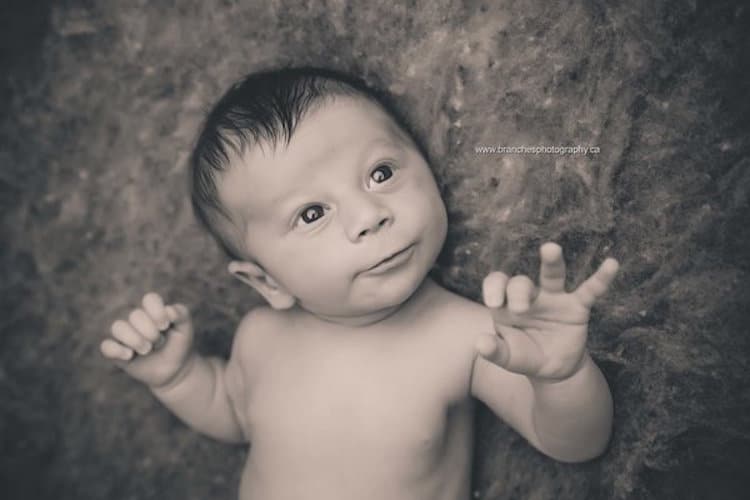 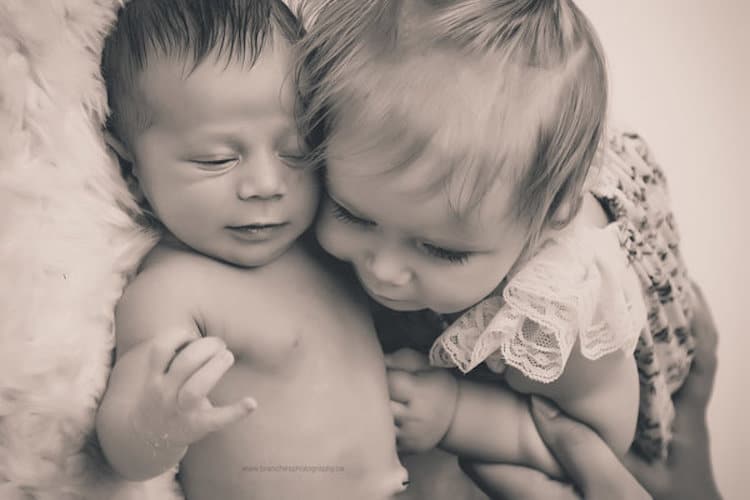 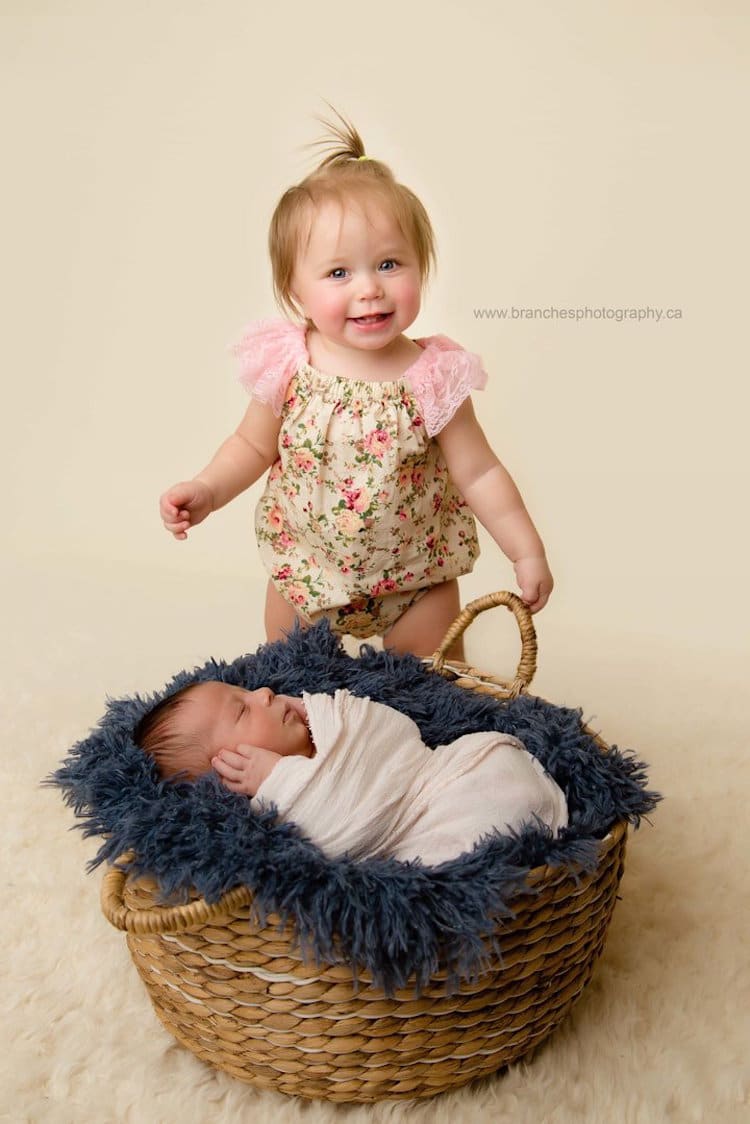 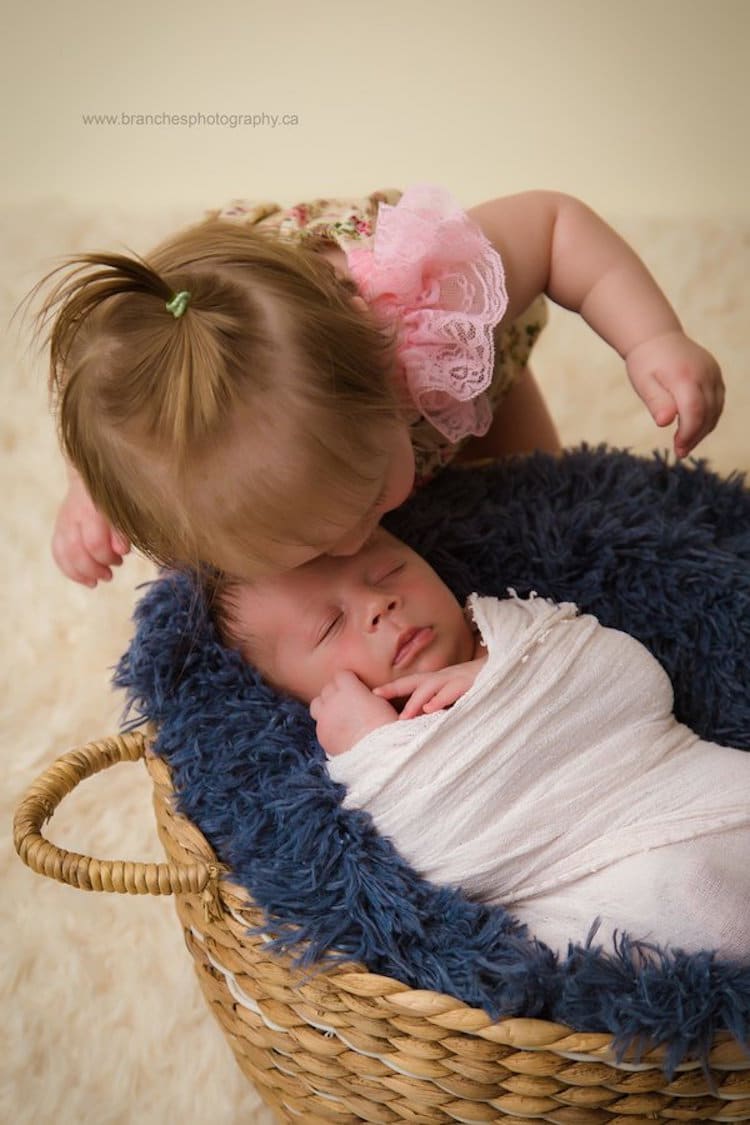 All images via Branches Photography.

Couple's Hilarious Newborn Photos Replace a Baby with a Burrito