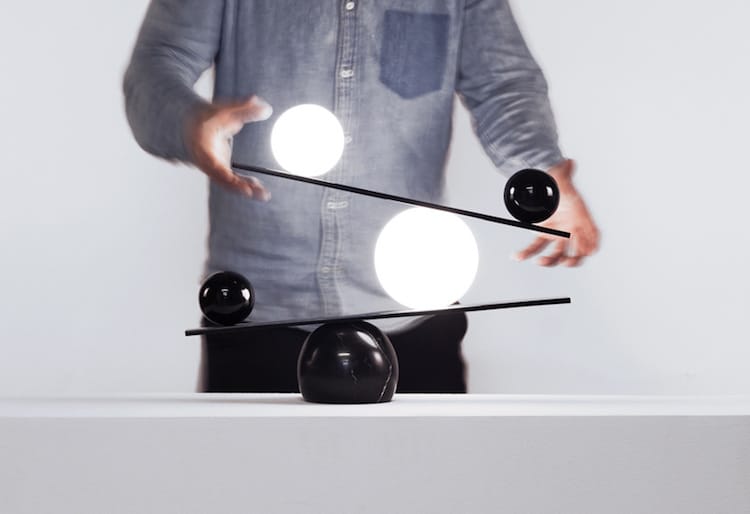 The innovative Balance lamp from product designer Victor Castanera creates harmony amidst dark and light, playing off the tension between the opposite shades. The modern lighting consists of two delicate hand-blown glass LED orbs stabilized on slanted steel boards, which are offset by a couple of small black metal balls on opposite ends of the lamp. Tethered by a partial marble orb, it creates a striking visual that represents fragility but also constancy of movement.

The Balance lamp was created for Swedish manufacturer Oblure, and is the second item to be released by the firm since its founding in 2016. Oblure represents the union between object and allure, with the goal of creating unique objects that intrigue and surprise the beholder. As Castanera states, “I want Balance to be a reminder of how extraordinary many everyday experiences are. With Balance I want to evoke the beholder's curiosity of the world around them.” Castanera furthers the illusion by hiding all wire and connectors inside the construction. To change each LED bulb, the user just lifts up the glass sphere to swap it out.

The product was based off a conceptualization of, “an expression of the fragility of existence.” Oblure further shares, “Balance is a play with the concept of time—everything is in motion. The group of spheres stuck in time is a reminder that life is movement, no matter what. Sometimes the opposite and impossible is a reminiscence of life’s possibilities.”

Balance is also available for purchase in brass, which adds a brighter, reflective environment to the space. Oblure exhibited Balance at Maison & Objet, a trade fair in Paris, earlier this year. To see how the lamp is assembled, scroll down to watch the video.

The Balance lamp is a unique solution for modern lighting, highlighting the tension and harmony between dark and light. 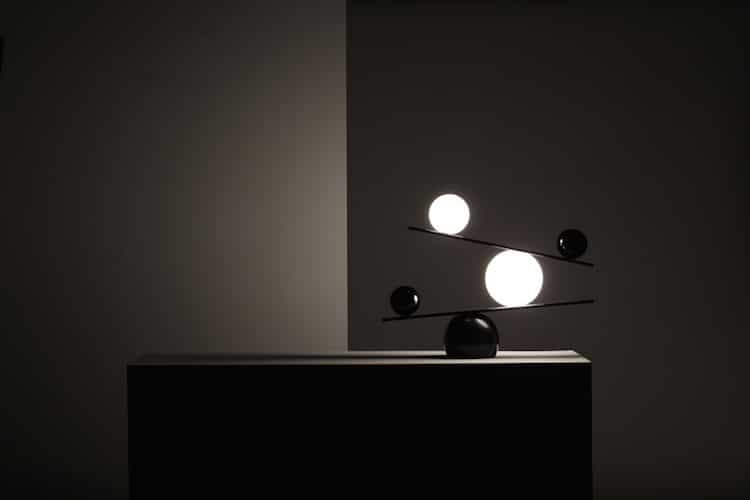 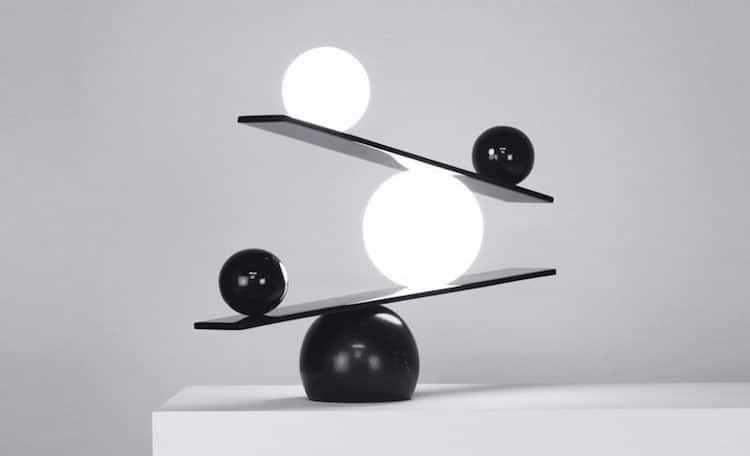 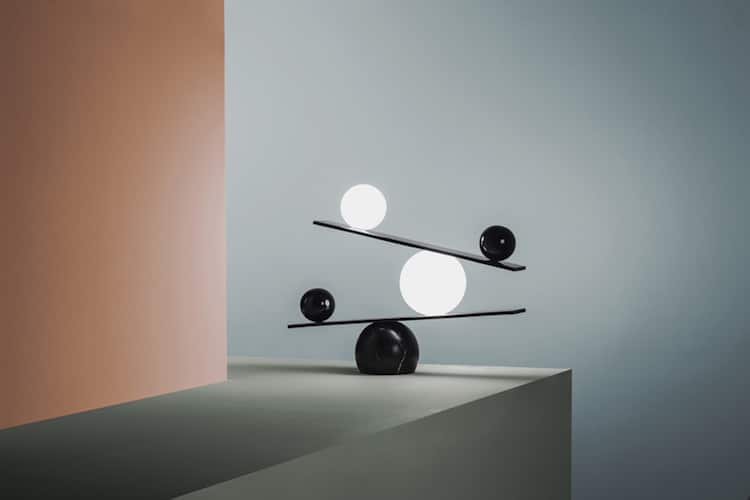 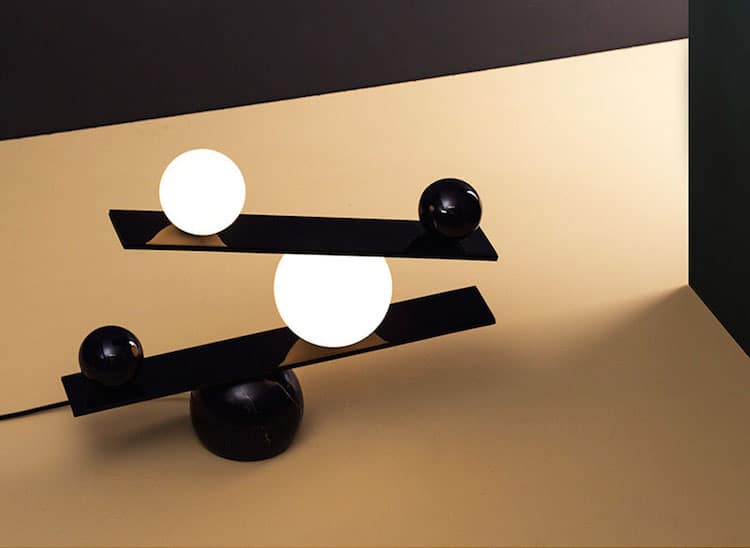 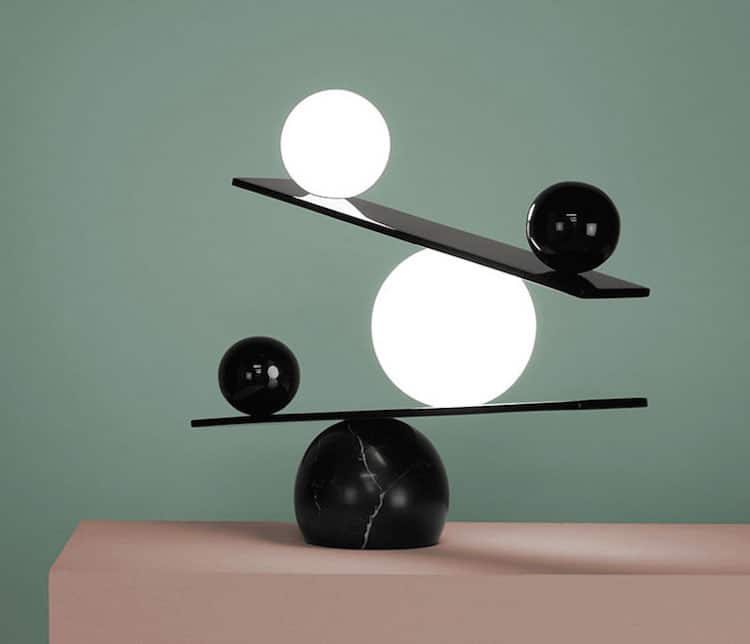 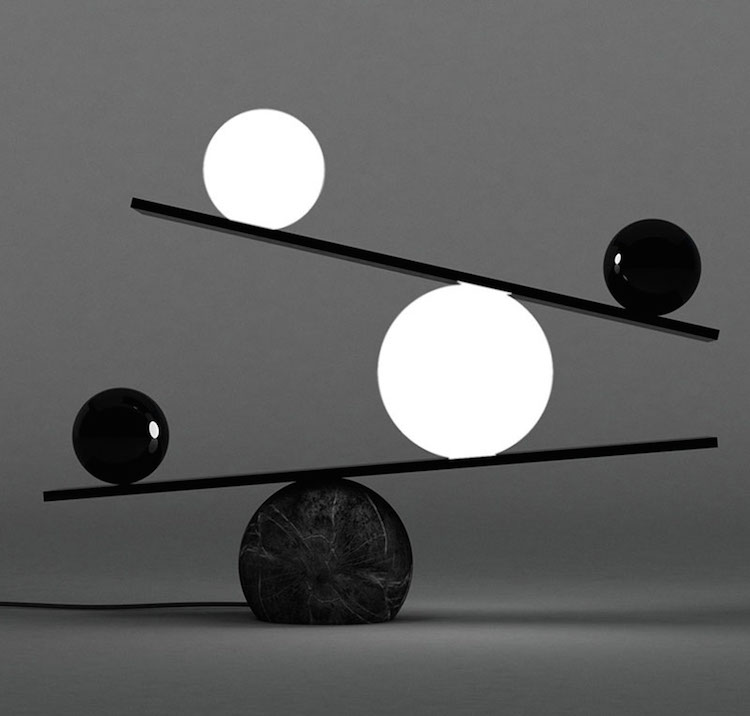 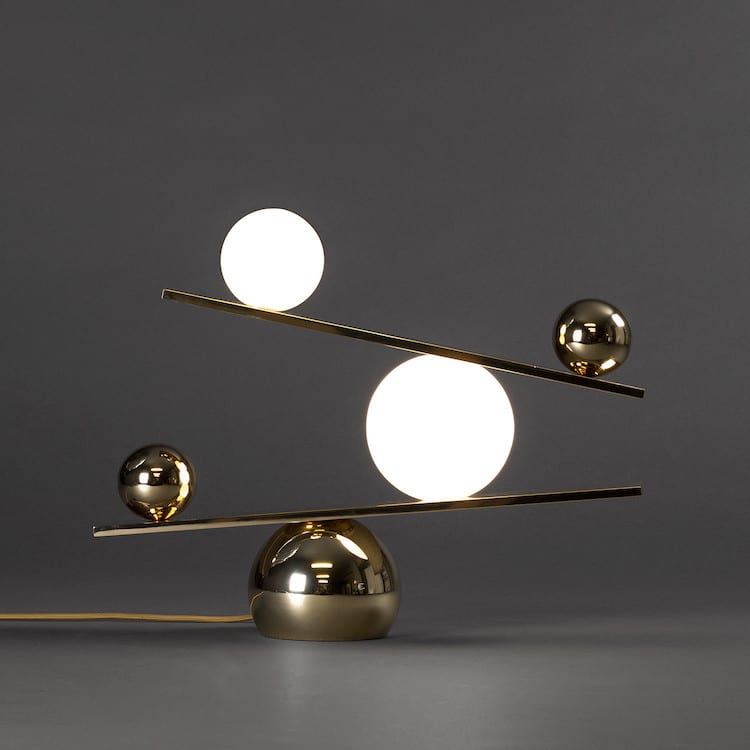