Lioness Steals a Photographer’s Camera, Gives It to Her Cubs as a New Toy 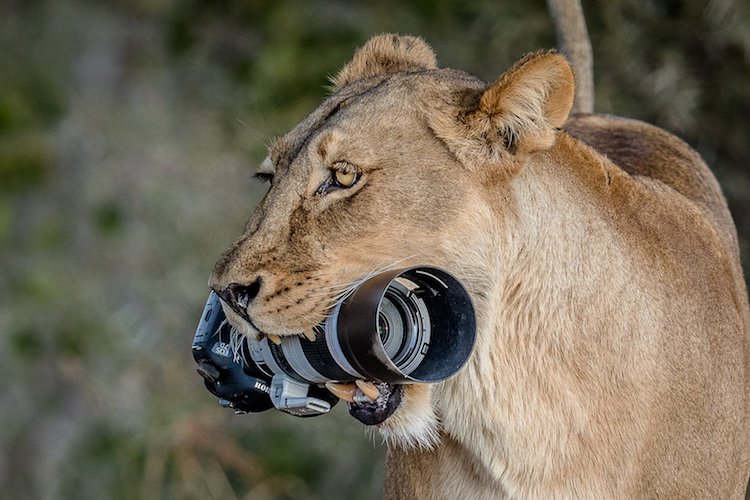 Photographing wild animals has certain risks. But often, the potential hazards are worth it—something photographer Barbara Jensen Vorster can attest to first hand. In July 2018, she was snapping pictures of a lion pride in Botswana, until a local lioness stole Vorster’s Canon 7D after she accidentally dropped it on the ground. (The “thud” piqued the big cat’s interest.) Luckily, Vorster had another camera on hand and captured what happened next.

Once the camera dropped, the lioness mother growled and approached Voster’s group. They withdrew to their vehicle and watched the drama unfold. “The camera fell with the lens looking up,” Voster recalled, “she gently flipped the camera on its side and picked it up by the barrel of the lens.” The lioness then brought it to her cubs who started to playfully pounce on it. “They dragged it through the dirt, chewed on the lens hood and then, fortunately, like most kids, soon grew tired with their new toy.”

Eventually, Voster was able to fetch her abandoned camera. She found that it still functioned fine, but the lioness left her signature. “There are two huge teeth marks on the rubber focus rings of the lens and small teeth marks on the plastic lens hood, both of which I decided not to replace.” She spent roughly £200 getting the camera fixed, but the cost was worth the photos she snapped that day. Calling it a “priceless experience,” she also puts it into perspective: “What photographer can boast that their lens had been in a lion’s mouth?”

Wildlife photographer Barbara Jensen Vorst had her camera stolen by a protective lioness. 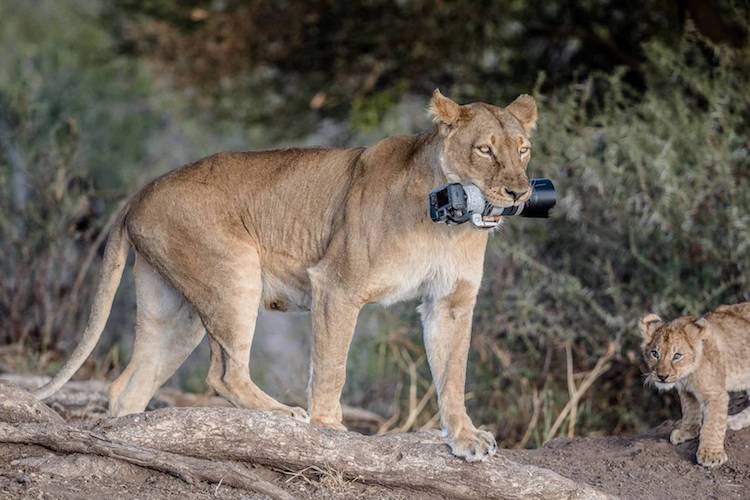 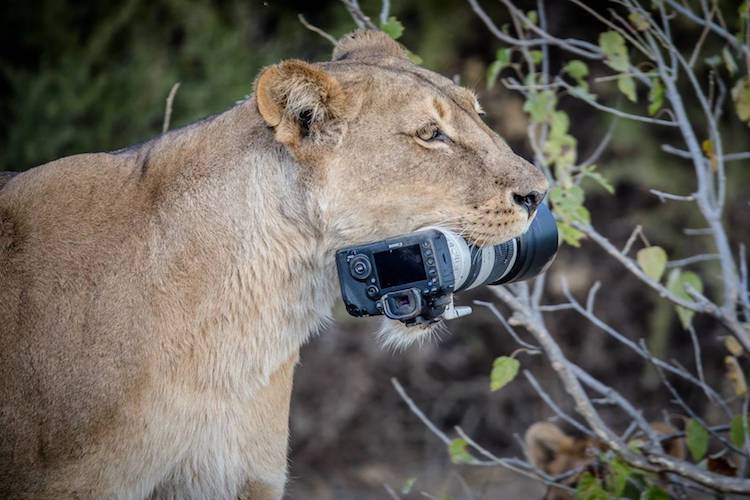 Luckily, Vorster had a second camera on hand, so she was able to document the adorable sight of animals playing with a camera. 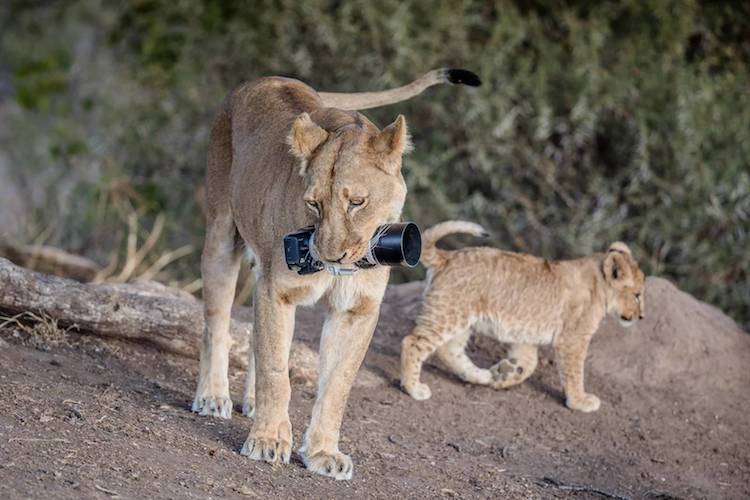 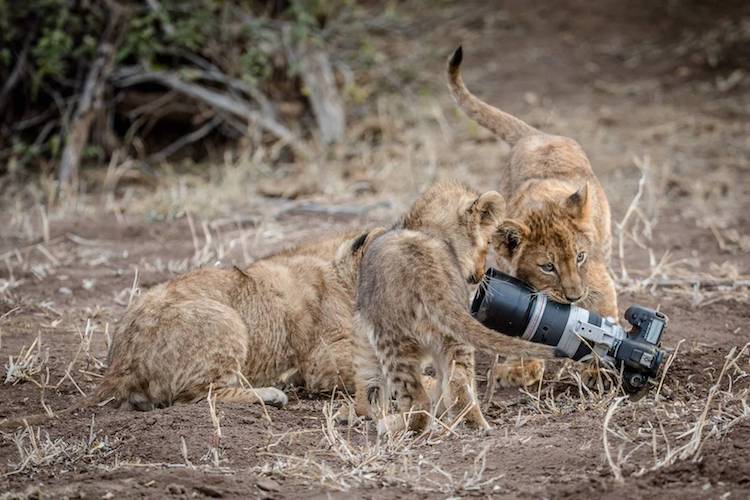 My Modern Met granted permission to use photos by Barbara Jensen Vorster.

Terrifying Photo of an Angry Lion Just Moments Before it Charged