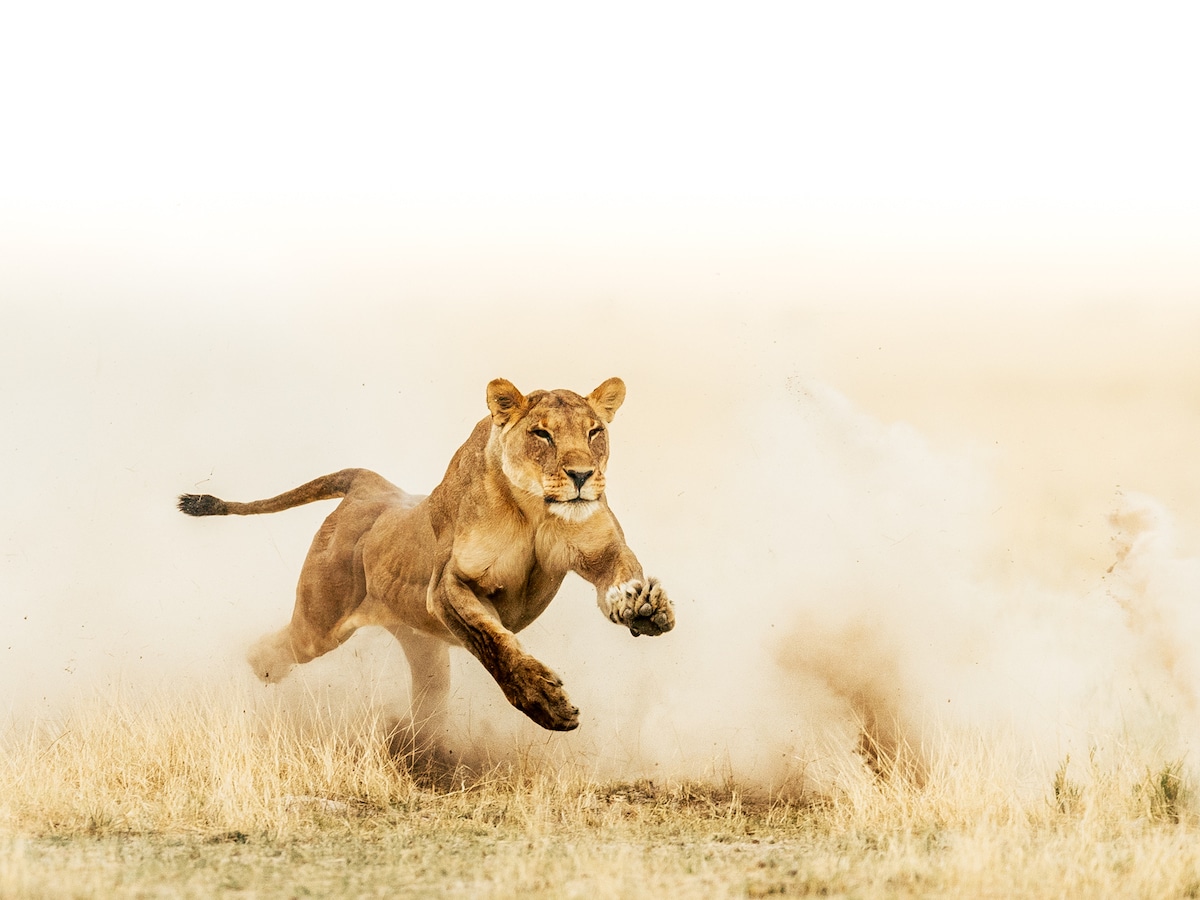 Wildlife photographer George Turner recently showed off his infinite patience when photographing an elusive sleeping leopard, and his persistence is once again on display with this majestic image of a lioness in full sprint. Turner traveled with Discover the World and flew with South African Airways to Windhoek, the capital of Namibia, where he spent five days at the Etosha National Park waiting to catch this lioness in hunting mode, and he was rewarded as she chased down a wildebeest.

Turner had just seconds to capture the energy of the scene, as the lioness charged with determination toward her prey. Once the chase was underway, any trepidation Turner had about being close to the scene dissipated. “During the buildup there was a definite tension in the air,” Turner shares with My Modern Met. “As a wildlife photographer, these are the moments that define you. It’s a self-pressure to deliver. During the hunt—albeit 15 seconds—it was just absolute concentration.”

Using a Nikon D5 and a 500mm f/4 lens, Turner was able to capture the lioness’s determination and physical strength in all its glory. It was these qualities that the wildlife photographer wanted to hone in on, and he certainly captured the intense concentration of the animal as she sprinted toward the wildebeest.

For Turner, it was also interesting to see the silent dance between predator and prey in the African wilderness. “I’ve spent days and days with lions, seeing endless reams of failed hunts. In [these] instances, the lions are often ‘half-trying.’ With this hunt, the lioness was 100% dedicated. Weirdly, I was most impressed by the total silence of it all. The wildebeest didn’t call, the lioness didn’t make a sound. Strangely serene.” 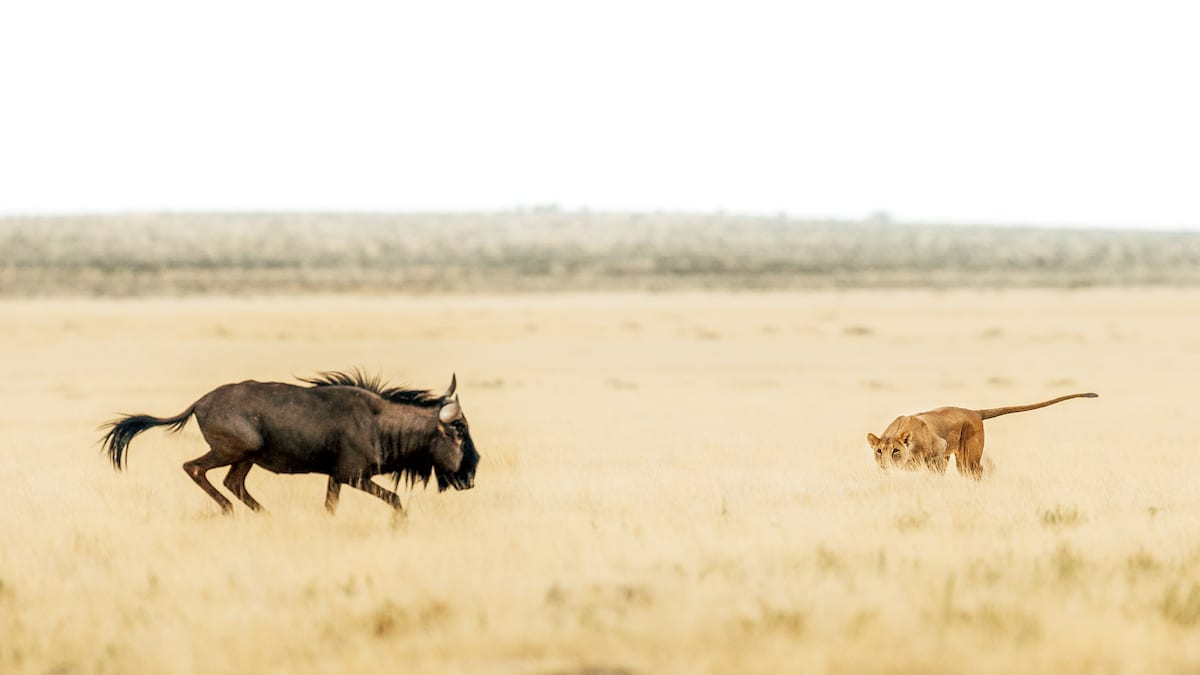 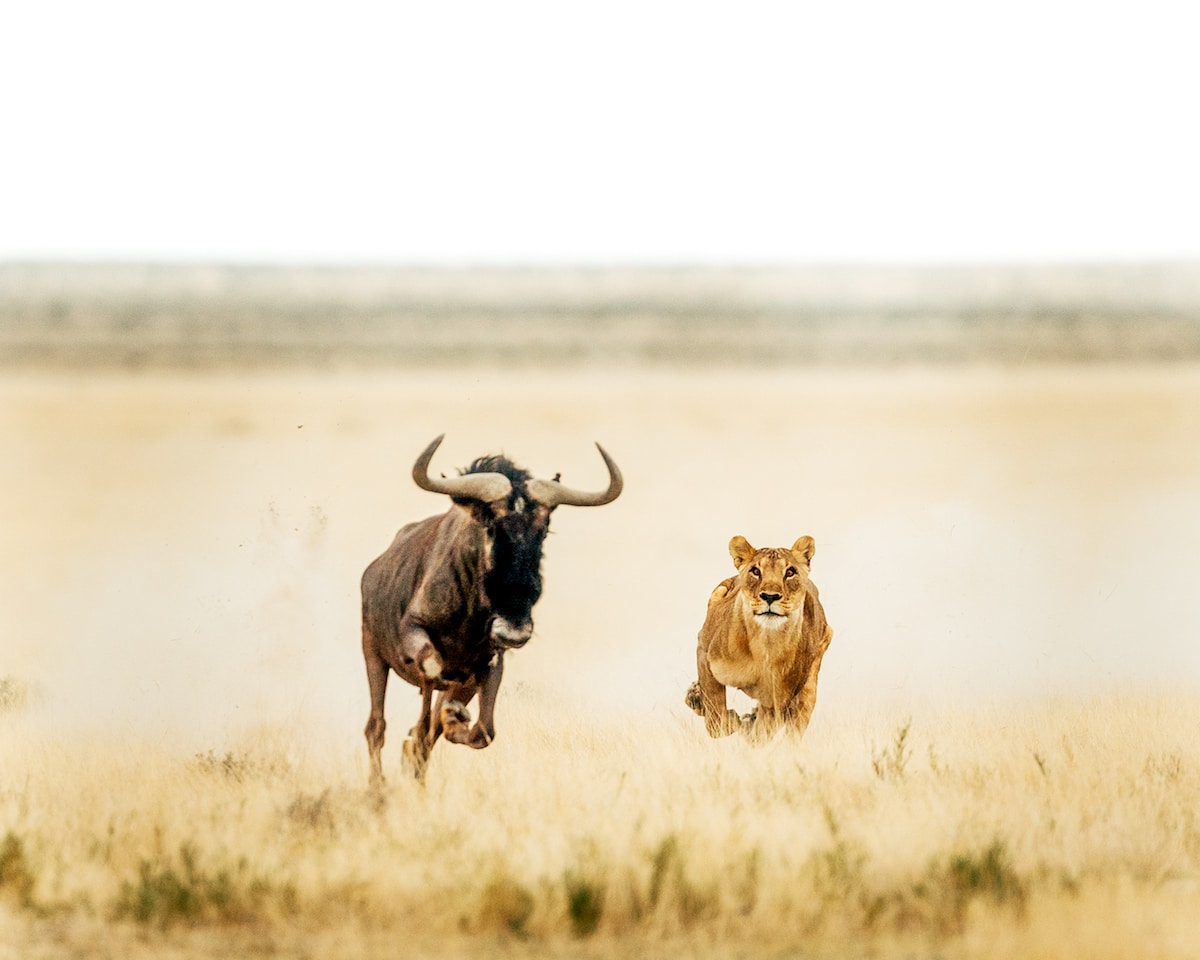 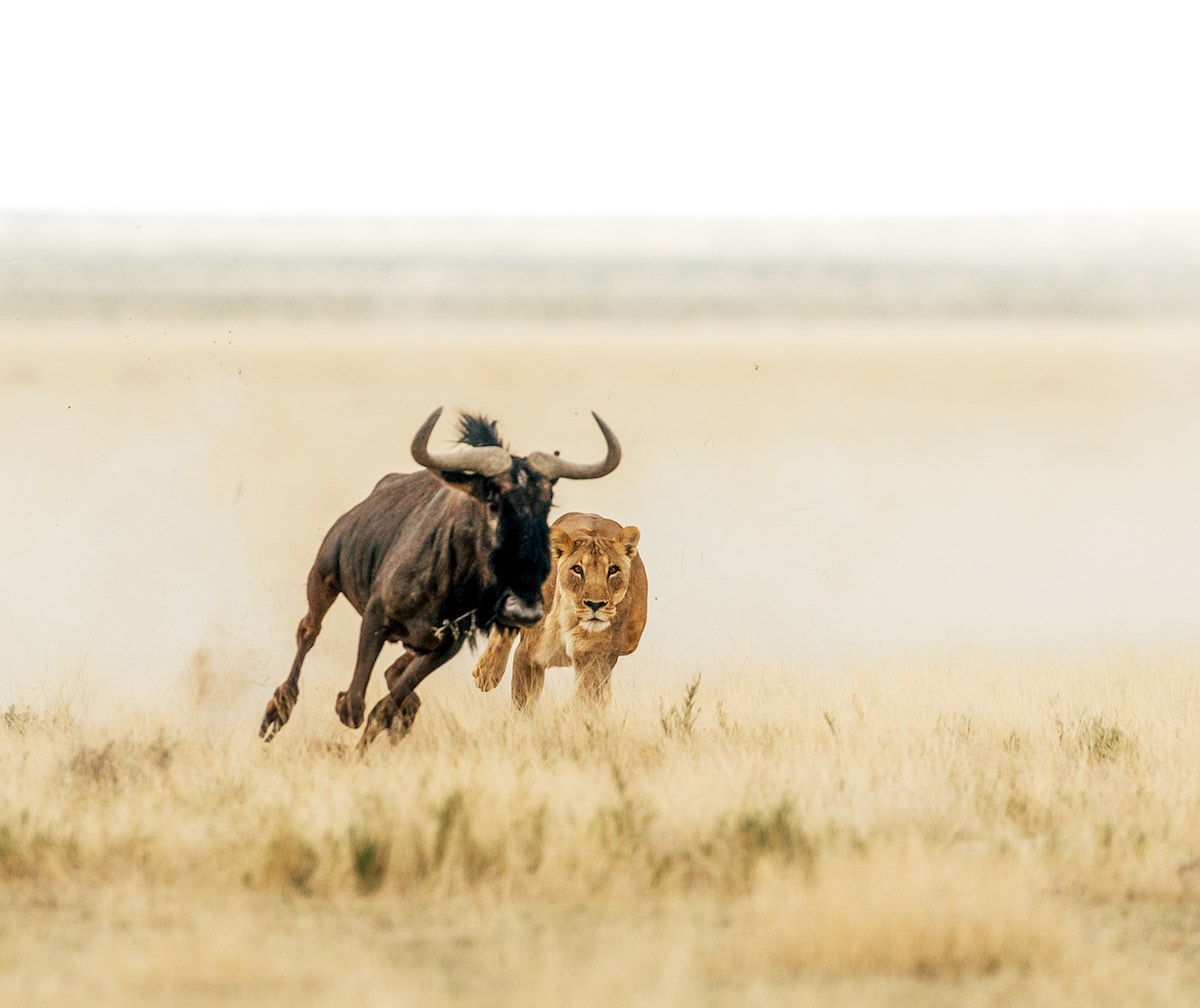 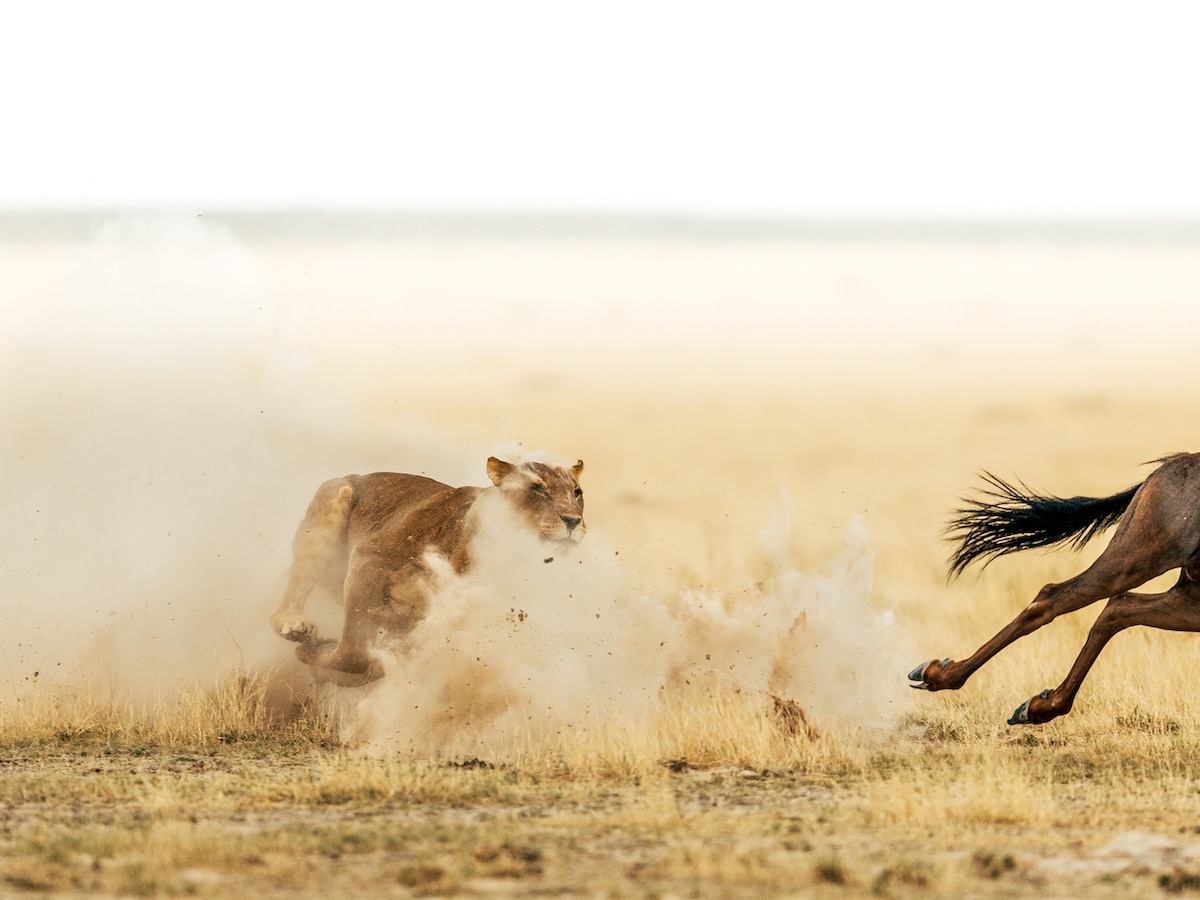