"Superdesk" Seats All 125 Employees at a Single Table 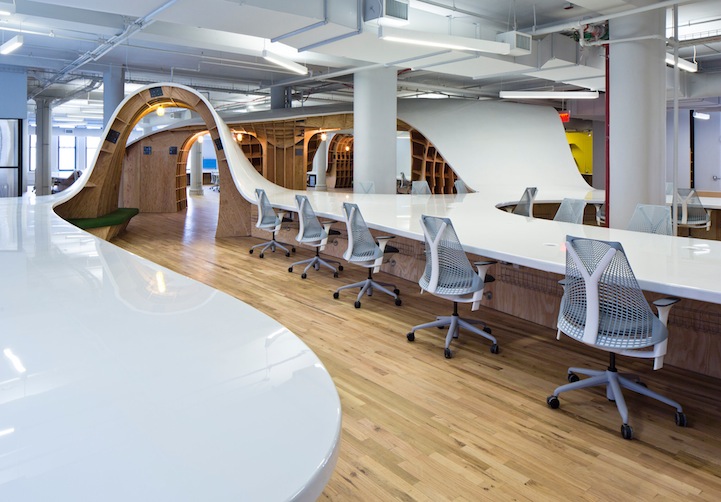 The Barbarian Group, a digital creative agency based in New York City, has done away with traditional cubicles and outfitted their space with this incredible Superdesk, a 1,100-foot-long structure that seats all 125 of their employees. Clive Wilkinson Architects is responsible for the desk's design and based its original concept on a Fiat race track. This impressive piece of furniture includes not only individual workspaces, but seven archways that create semi-private nooks suitable for meetings and small group work. While its complexity may make you think it costs a fortune, you'd be mistaken. This option was less expensive to produce and install than if the company had taken a more conventional approach to its interior decorating.

The architect behind the Superdesk reimagined the function of office furniture and challenged what a modern space should look and feel like. As business becomes increasingly paperless, Wilkinson feels that this should be reflected in the design. In an interview with The New York Times, he explains, “Desks, as they've been traditionally defined, are becoming redundant. They are based on people working with paper, and I think our attitude toward paper is changing because paper no longer has the same meaning. Twenty years ago, we printed out things and found ways to store them. Now you store things electronically. People say you just need a surface to put your laptop on.” Look closely, and you'll notice that the table lacks the appearance of drawers.

Not surprisingly, there's been a lot of interest in the Superdesk, and The Barbarian Group produced a video that gives a short walking tour of their shiny new office as it buzzes with activity. In it, you see that every discipline flows into one another, facilitating more casual interactions (Wilkinson calls this making a village in a building). The company hopes that the increased face time among workers will boost productivity and avoid unnecessary time spent in a meeting room. They know great things happen when we all work together, and the open-format office encourages people to collaborate on projects and ideas. Their innovative Superdesk is a symbol for out-of-the-box thinking, and reminds all of us that doing so will lead to new discoveries and improved ways of living. 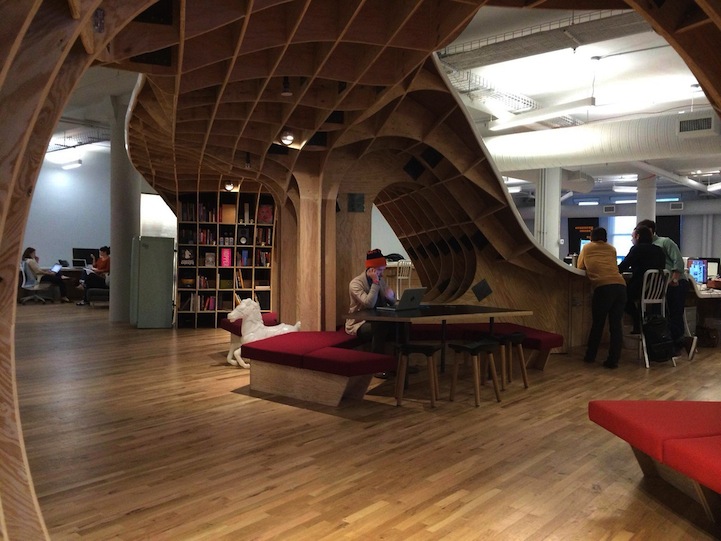 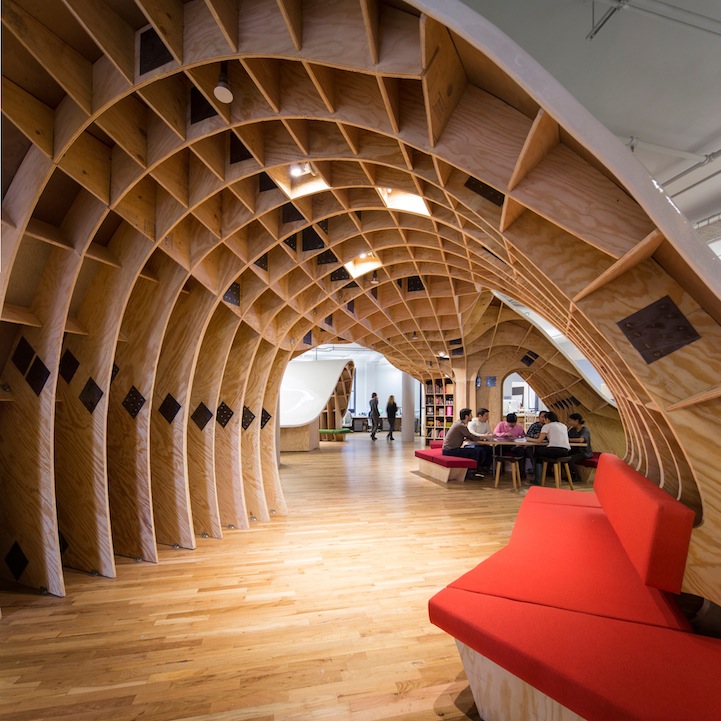 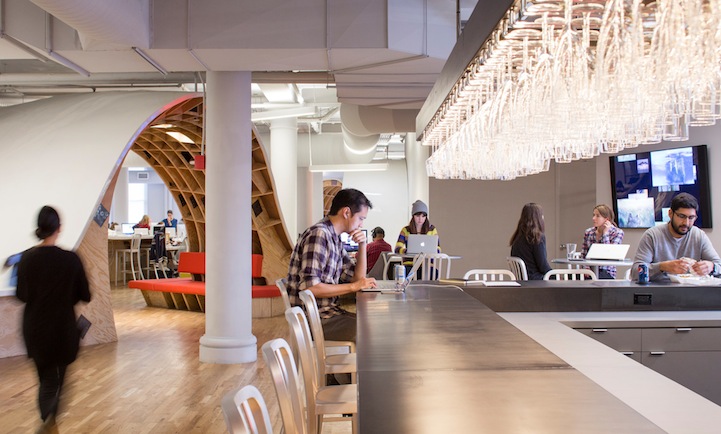 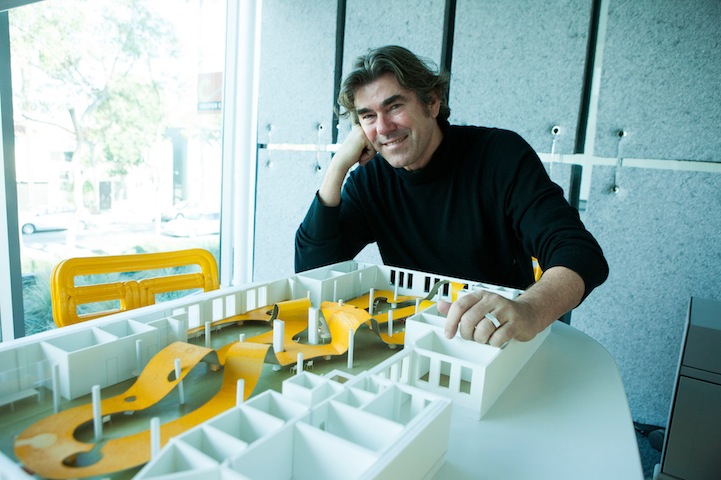