Thousands of Giant Jellyfish Appear in Swarms off Britain’s Coast 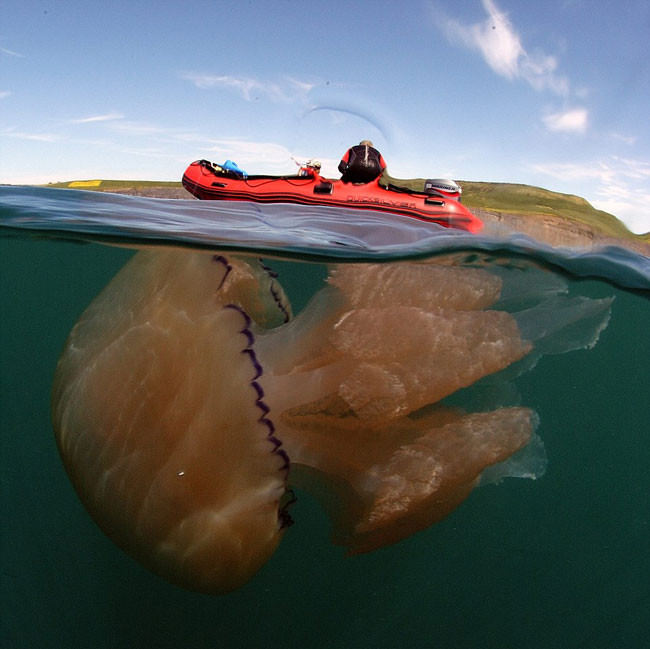 In waters off the coast of Britain, giant Barrel Jellyfish are appearing in extraordinarily large groups. The jellyfish measure up to 5 feet in length and tens of thousands of them have been showing up in this area. “They were just everywhere. I've never seen anything like it,” stated photographer Steve Trewhella to Daily Mail. Trewhella is also a conservationist who spotted the jellyfish swarm when he was taking his grandson out for a trip on his dive boat. Luckily, the creature's sting is harmless and can only cause a rash, so the diver was able to photograph and even swim with them.

Barrel Jellyfish are known for being harmless giants, since they only feed on minuscule prey such as plankton. It is rare for these beautifully colored aquatic animals to swim close to the coast, which is why recent sightings have made headlines. If the jellies stick around during the summer and autumn, their swarms will end up growing even bigger, since they breed in warm water at a phenomenal rate. 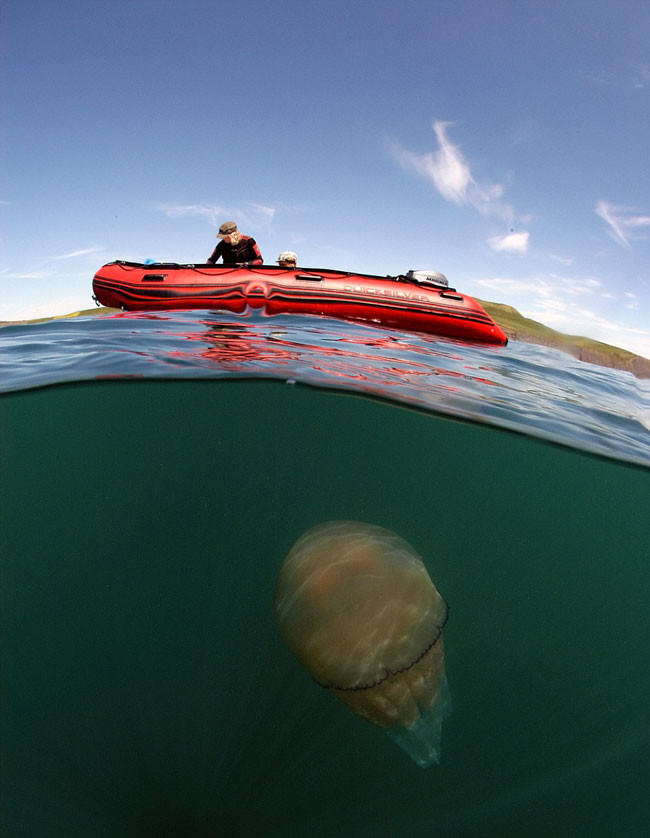 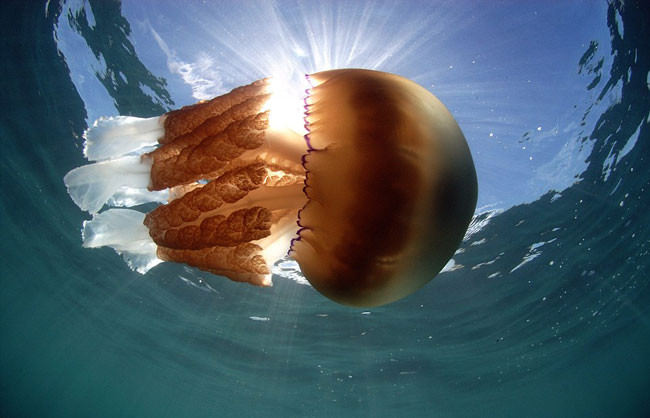 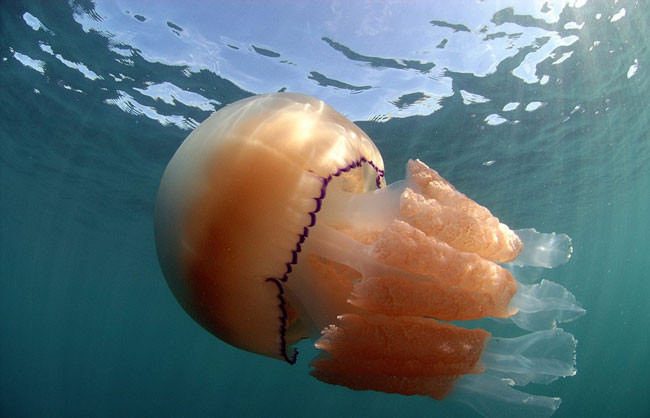 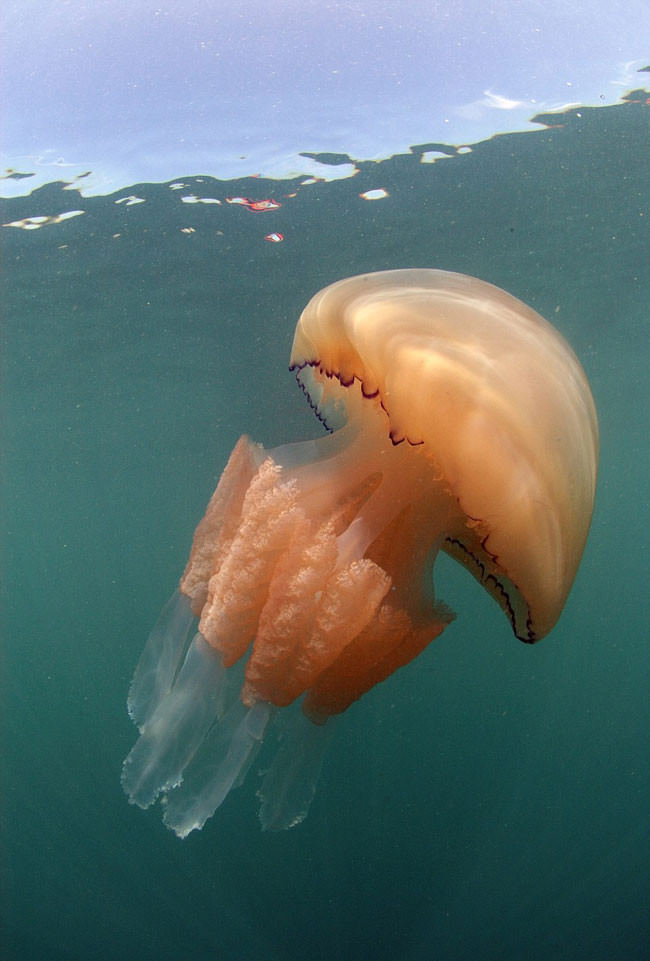 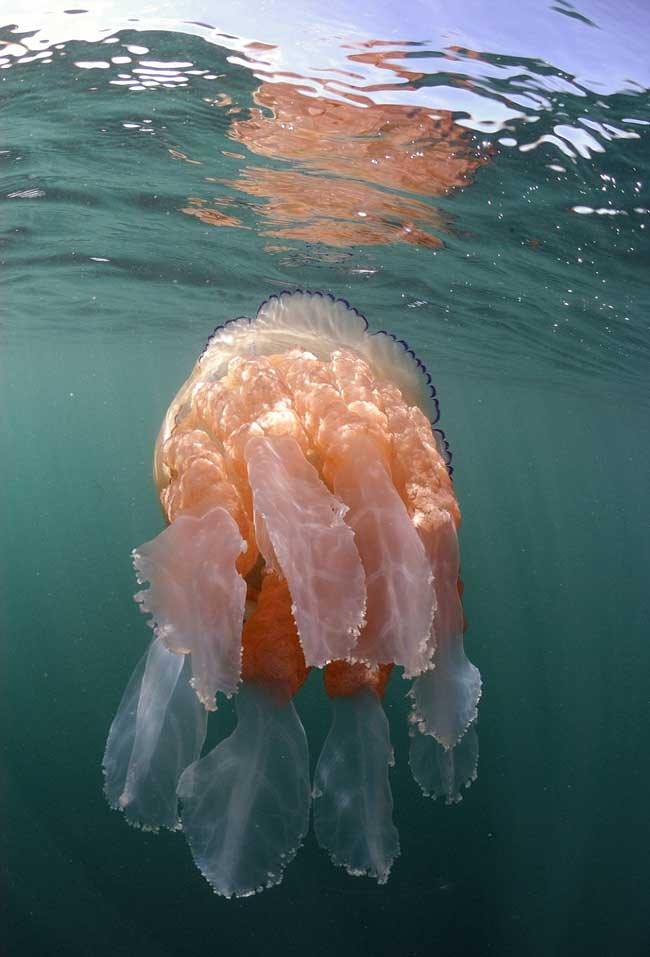