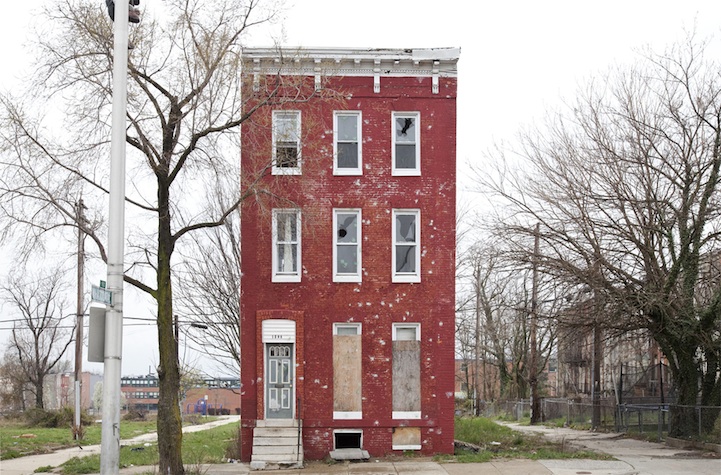 Photographer Ben Marcin has created an interesting series that can only be described as eerie but uplifting. Called Last House Standing, it shows houses on the eastern seaboard, some in the worst neighborhoods, standing not with others but all alone. At one time, for an entire city block, these 19th century structures were attached to similar row houses, but for different reasons, like time or major demographic changes, the houses surrounding them have been demolished.

“Occasionally, one house is spared – literally cut off from its neighbors and left to the elements with whatever time it has left,” Marcin states.

“My interest in these solitary buildings is not only in their ghostly beauty but in their odd placement in the urban landscape. Often three stories high, they were clearly not designed to stand alone like this. Many details that might not be noticed in a homogenous row of twenty attached row houses become apparent when everything else has been torn down. And then there's the lingering question of why a single row house was allowed to remain upright. Still retaining traces of its former glory, the last house standing is often still occupied.” 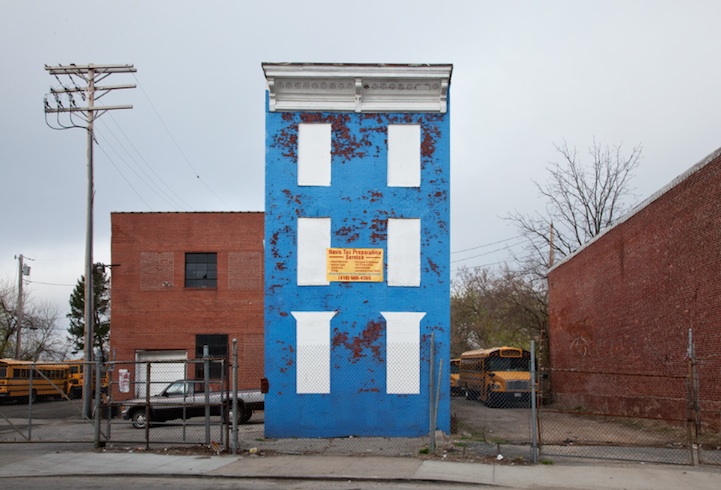 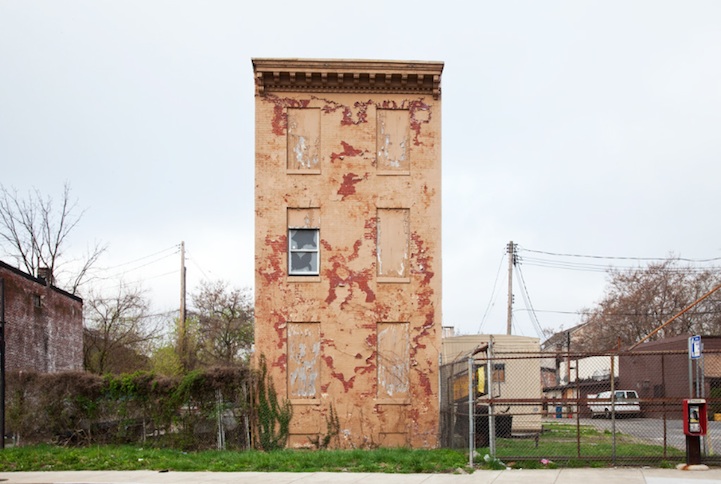 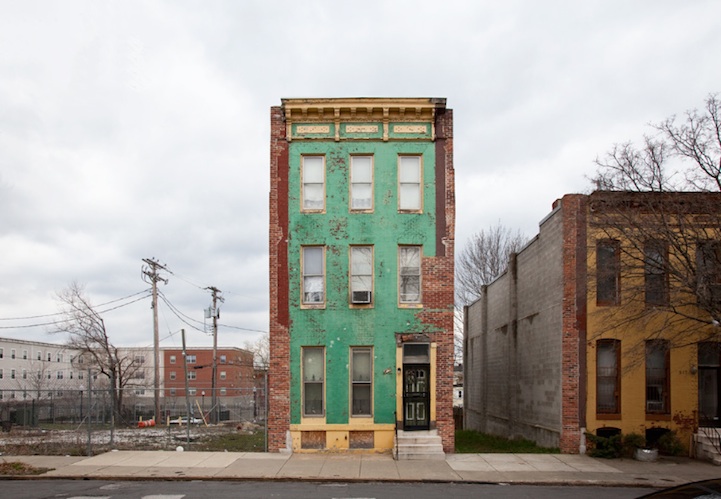 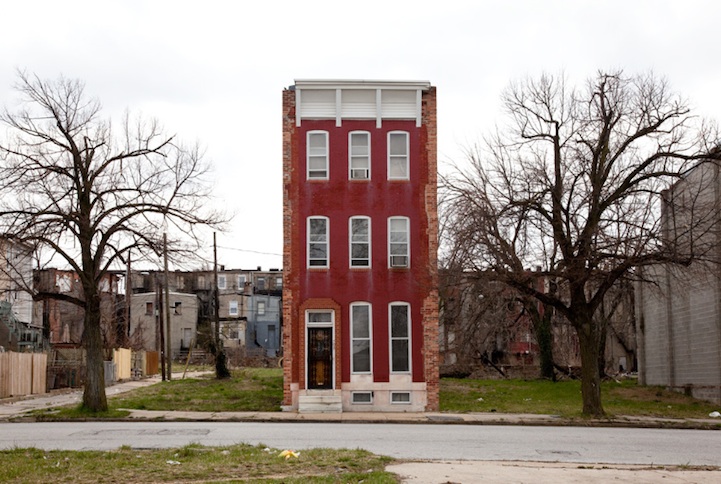 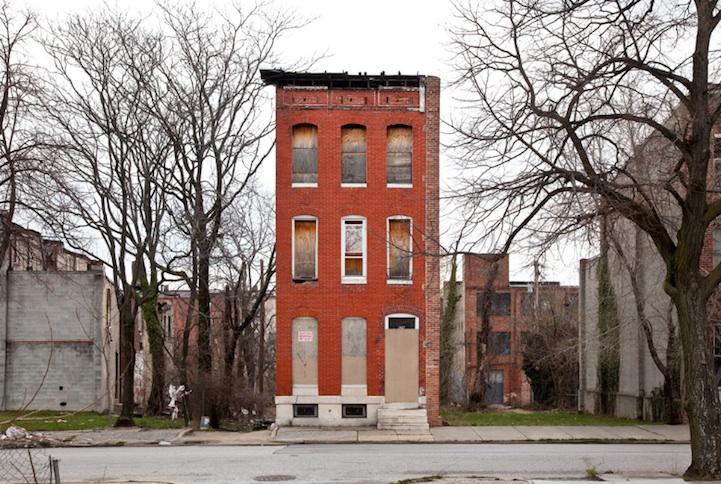 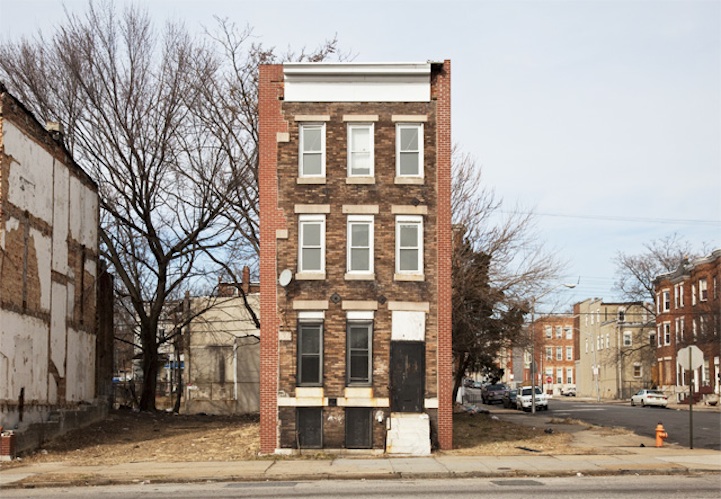 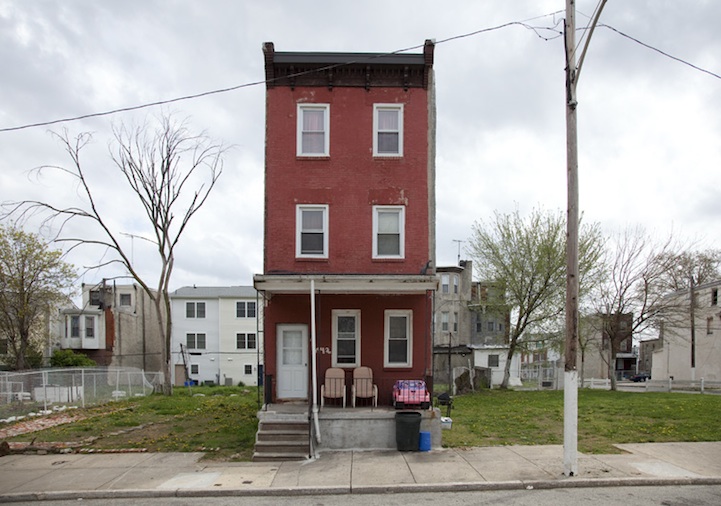 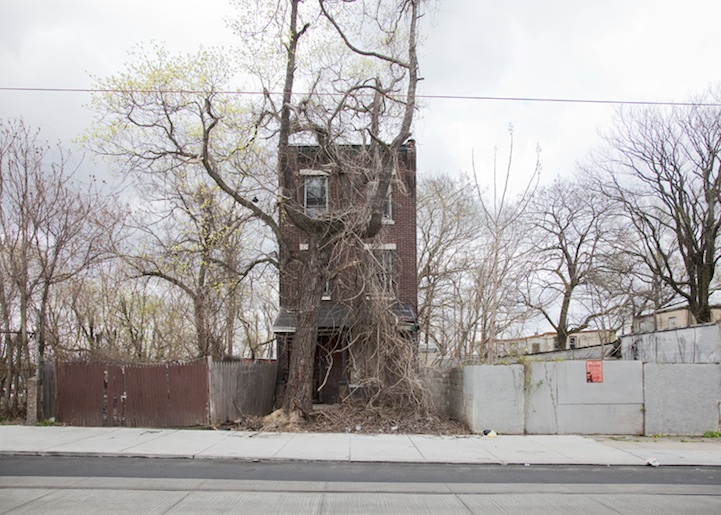