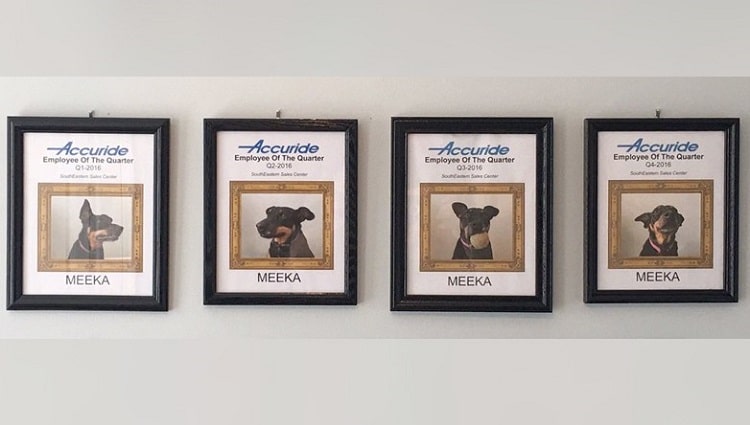 Working from home (aka remote work) has a lot of benefits, but one downside is that you often miss the interaction of coworkers. So to have a more conventional office culture, you’ve got to get a little… creative. Michael Reeg, the District Sales Manager for Accuride International Inc., knows this better than anyone. Since he started working from home last year, he’s learned that his pups, Meeka and Kya, are great coworkers—even though they have no idea what they’re doing. Between the two of them, however, Meeka is by far the best dog employee; and she's got the awards to prove it!

Going from an outside office setting to an in-home work space was a challenge for Reeg. “It's quiet here,” he told The Dodo. “You need to get yourself fired up and excited about the day. Having a faithful companion in the office certainly helps.” Aside from laying there and looking cute, Meeka provides valuable moral support. “There are times that I'll even talk to her as I work through a problem or map out a customer solution,” Reeg explained. “I try out my sales pitches and presentations on her. She's not easily impressed or swayed. All she hears is ‘blah, blah, blah, Meeka' — but she likes to hear my voice and I love that she pays attention. Having her in my office all day is something that we both look forward to.”

Meeka’s dedication doesn’t go unnoticed. “If my office door happens to be shut she will spend the day laying in front of the door, just in case I'm really in there,” he says. “In my opinion, that earned her the title of Employee Of The Quarter.” Reeg even honored the distinction with a special framed certificate and a portrait of the honoree. The award hasn’t gone to Meeka’s head, though. Since early 2016, she’s continued to out perform and has earned the title every quarter.

So, what about Kya? “She is really my wife's dog,” Reeg said. “So she only comes up to the office when my wife is gone. We are her second choice for company!” But, that doesn’t mean Kya is out of the running for Employee Of the Quarter. The first quarter of 2017 is coming to a close, and Reeg has some tough decisions to make. “I haven't decided yet if the prestige is going to her head, or if Kya feels disgruntled,” says Reeg. “Maybe a change is needed for one quarter, so that Meeka doesn't feel entitled. I want her to stay sharp.”

Meet Meeka, one of the most industrious pups that Accuride International Inc. has to offer. 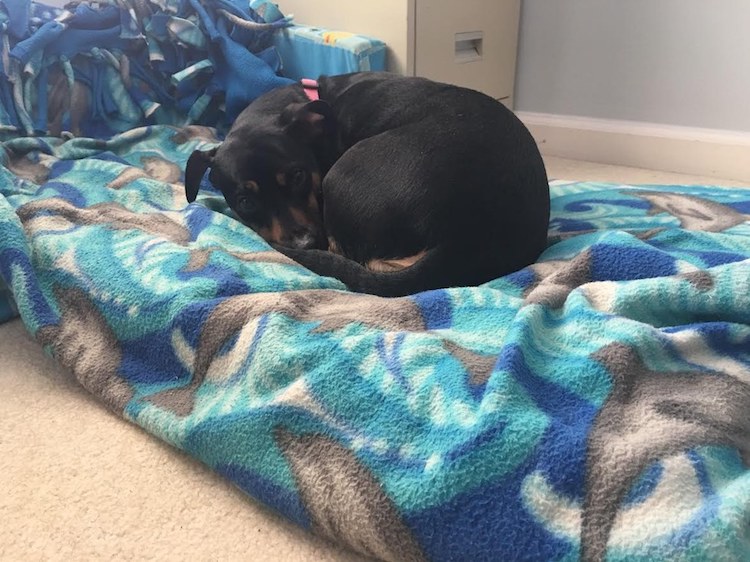 Her moral support has won her the admiration of her “boss,” Michael Reeg. 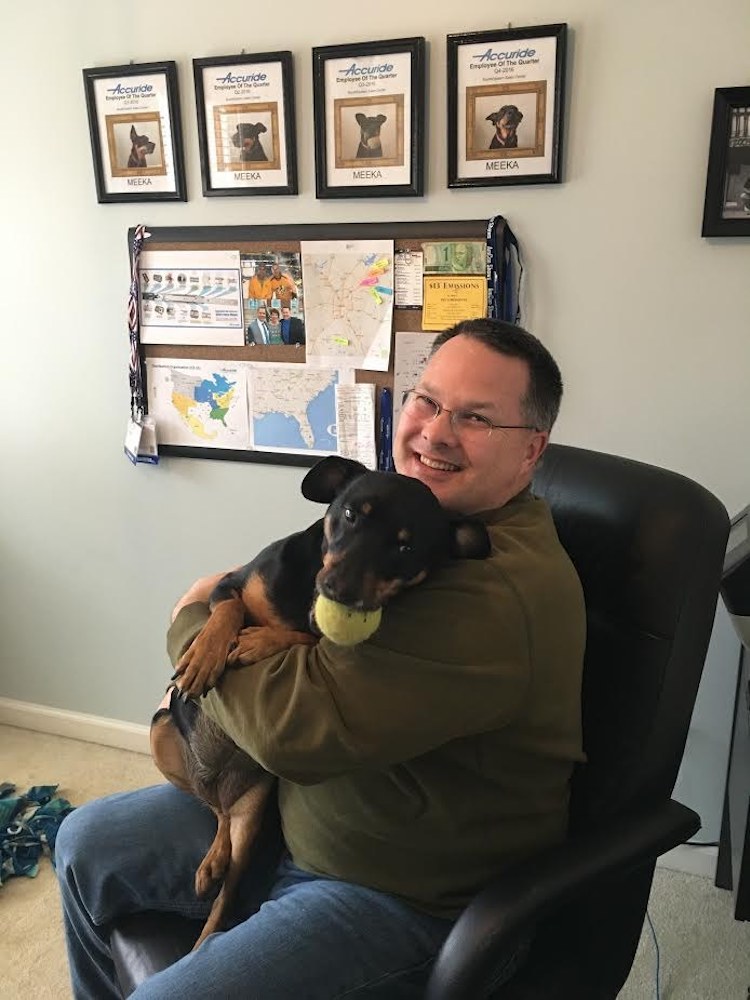 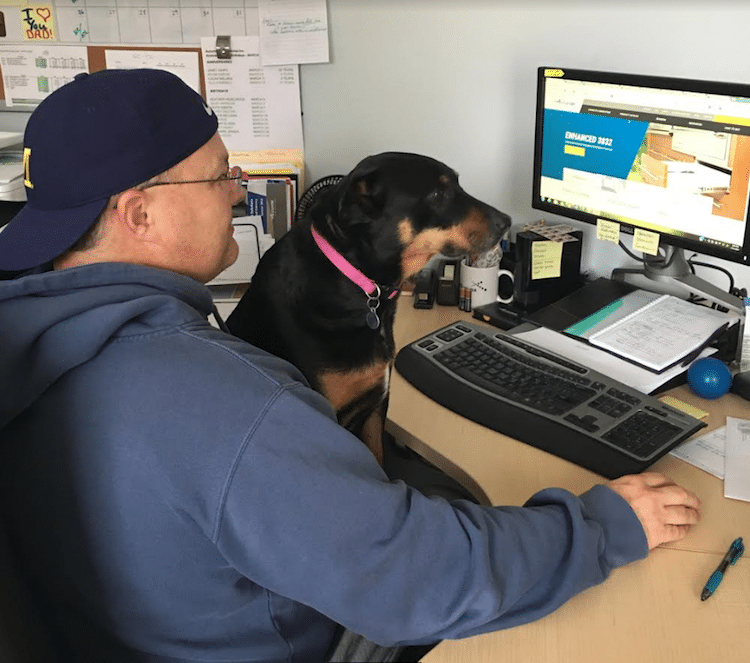 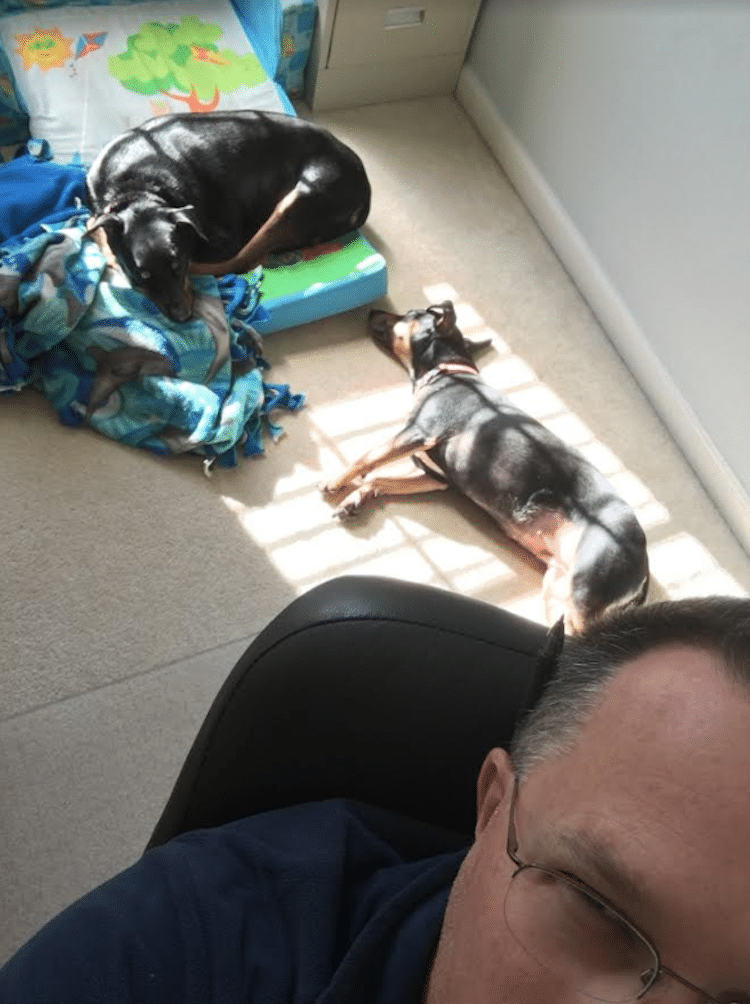 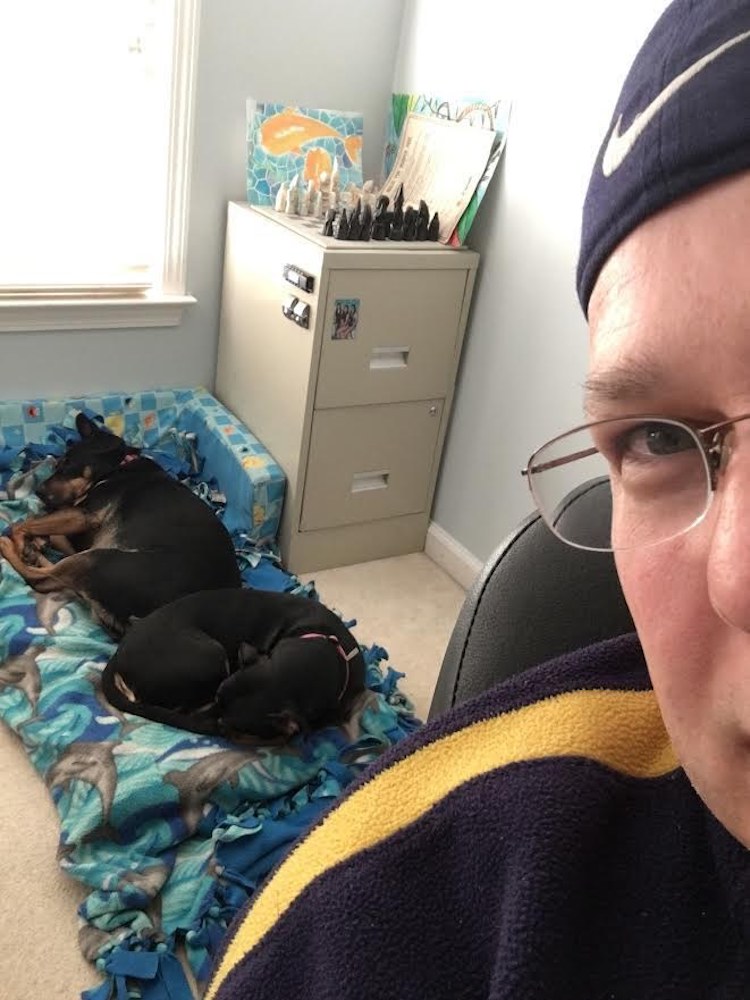 Meekya has been such a good dog employee that she's won Employee of the Quarter for a year straight! 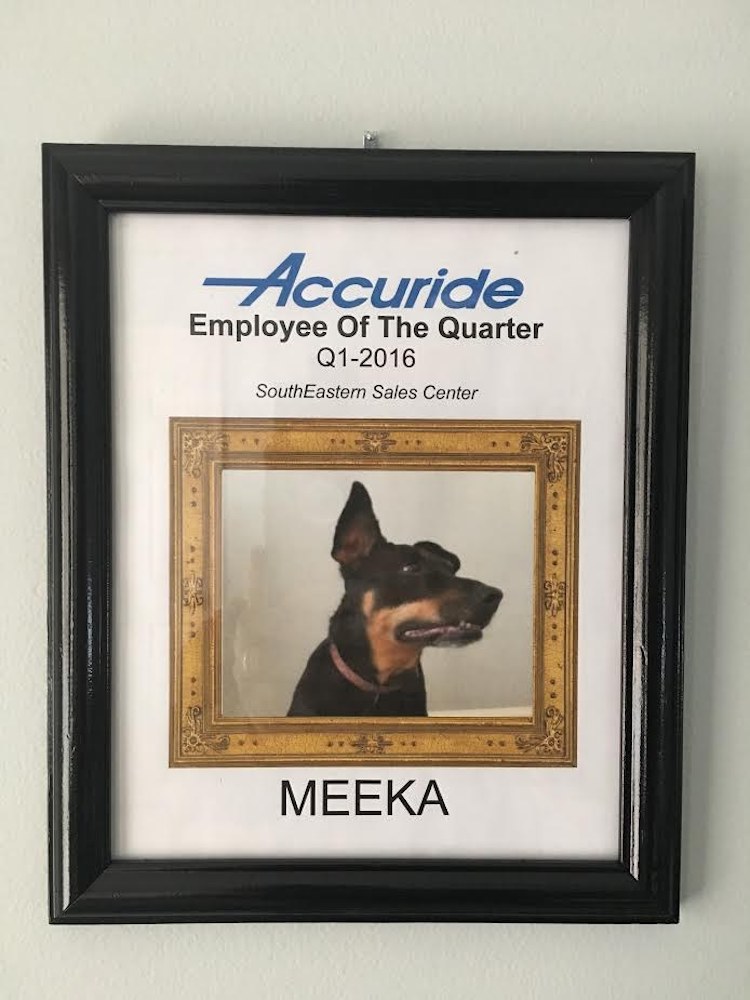 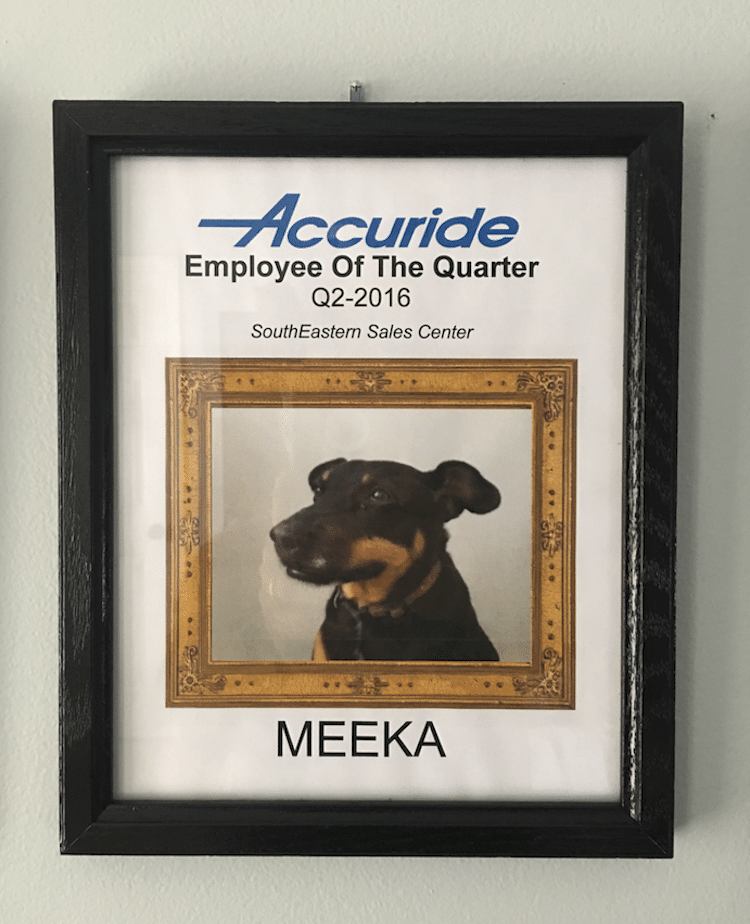 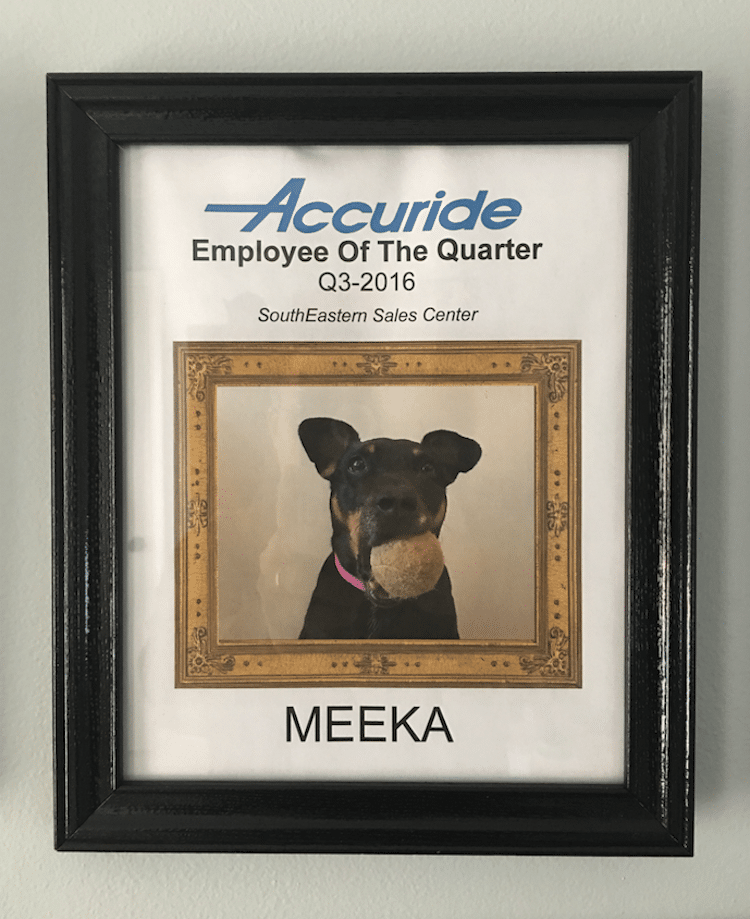 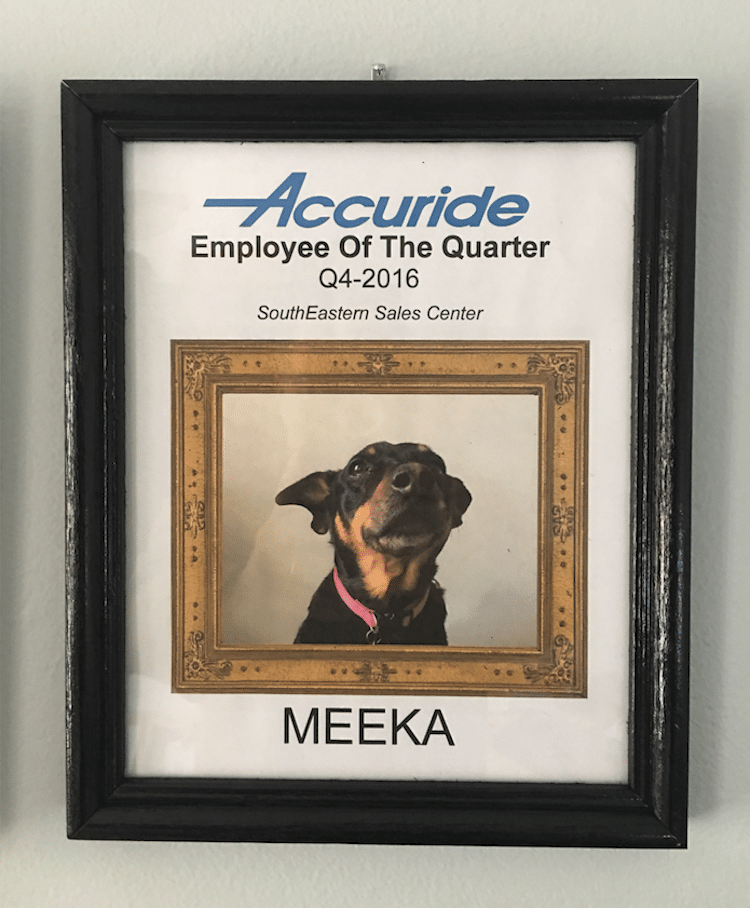 We're eager to find out if Meeka earns the honor for a fifth quarter!

All images via Michael Reeg unless otherwise stated.