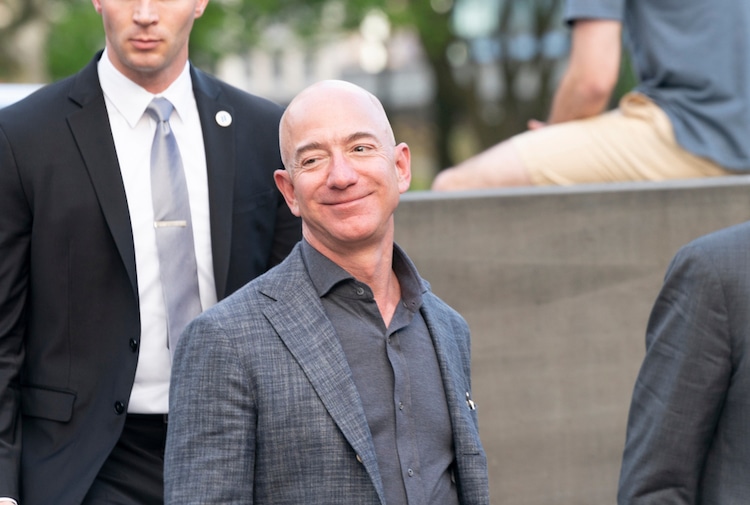 As the world's richest man, Jeff Bezos has plenty of cash to spare. And now he's putting it to good use by starting the Bezos Earth Fund. The Amazon CEO has pledged $10 billion of his own money to start the fund, which will fight climate change. In an announcement on his personal Instagram, Bezos called climate change “the biggest threat to our planet.” By stepping forward, he'll be funding research that tackles this important issue.

Bezos stated that the fund will be used to help scientists, activists, NGOs, and “any effort that offers a real possibility to help preserve and protect the natural world.” He also calls for other big businesses to step forward together with governments, individuals, and small businesses to create the collective action needed to stop climate change.

This announcement comes at a time when Amazon is also taking steps to mitigate its effects on the environment. In September, they revealed their Climate Pledge, which commits them to meeting the Paris Agreement's goal of net-zero carbon emissions. They intend to do so by 2040, 10 years earlier than most countries. By investing $100 million in reforestation projects and ordering 100,000 electric delivery vehicles, this online retail giant is taking steps in a positive direction.

Today, I’m thrilled to announce I am launching the Bezos Earth Fund.⁣⁣⁣ ⁣⁣⁣ Climate change is the biggest threat to our planet. I want to work alongside others both to amplify known ways and to explore new ways of fighting the devastating impact of climate change on this planet we all share. This global initiative will fund scientists, activists, NGOs — any effort that offers a real possibility to help preserve and protect the natural world. We can save Earth. It’s going to take collective action from big companies, small companies, nation states, global organizations, and individuals. ⁣⁣⁣ ⁣⁣⁣ I’m committing $10 billion to start and will begin issuing grants this summer. Earth is the one thing we all have in common — let’s protect it, together.⁣⁣⁣ ⁣⁣⁣ – Jeff

Still, a group called the Amazon Employees for Climate Justice isn't entirely satisfied with these measures. They point out that Amazon not only works with oil and gas companies but funds a think tank that engages in climate change denial. For them, Bezos' gesture isn't enough.

“We applaud Jeff Bezos’ philanthropy, but one hand cannot give what the other is taking away,” Amazon Employees for Climate Justice wrote in a statement. “The people of Earth need to know: When is Amazon going to stop helping oil & gas companies ravage Earth with still more oil and gas wells? When is Amazon going to stop funding climate-denying think tanks like the Competitive Enterprise Institute and climate-delaying policy?”

While Amazon isn't commenting on the statements of the employee group, they are happy with Bezos' commitment, stating that it will “have a huge impact.” With a personal wealth amounting to $129.9 billion, according to Forbes, $10 billion is pocket change for the billionaire. Bezos has been criticized in the past for his lack of giving compared to others. However, in the past few years, the Amazon founder has been making more charitable contributions, including the creation of the Day One Fund in 2018. He committed $2 billion to this fund that works on family and homelessness issues and in the past two years it's given out $196 million.

Though full details of how and when people can apply haven't been announced, the Bezos Earth Fund will begin issuing grants this summer.