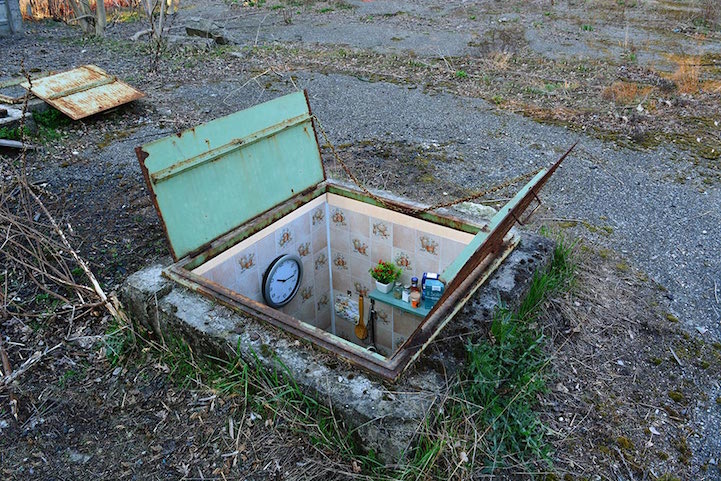 If you're traipsing around the streets of Milan, you might come across Biancoshock‘s recent series of installations called Borderlife. The artist has created three cramped, compelling underground spaces–also known as manholes–that are adorned in the same way that someone would decorate their home. Small squares and rectangles dug into the ground are wallpapered, tiled, and affixed with pictures, hats, and towels on the walls of these claustrophobic quarters.

The striking artworks are social commentary on people who are forced to live in extreme conditions–including some that inhabit manholes. “An example of inspiration is Bucharest,” Biancoshock explains, “where more than 600 people live underground, in the sewers.” This harrowing series is intended to bring light to this issue, because knowing it exists is the first step in fixing it. “If some problems cannot be avoided,” Biancoshock says, “make them comfortable.” 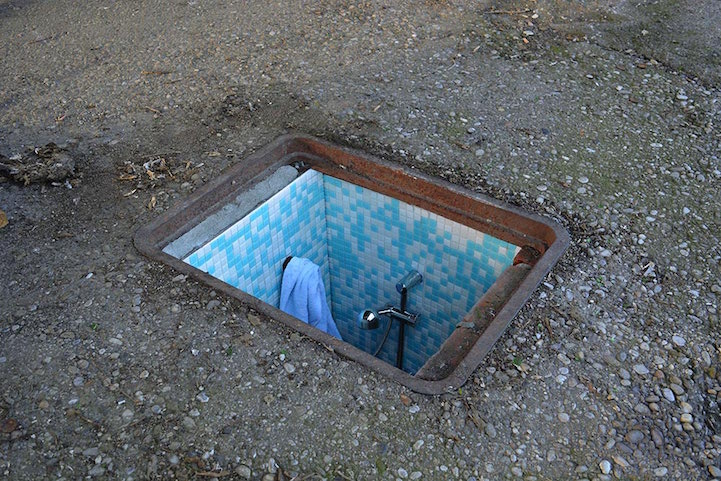 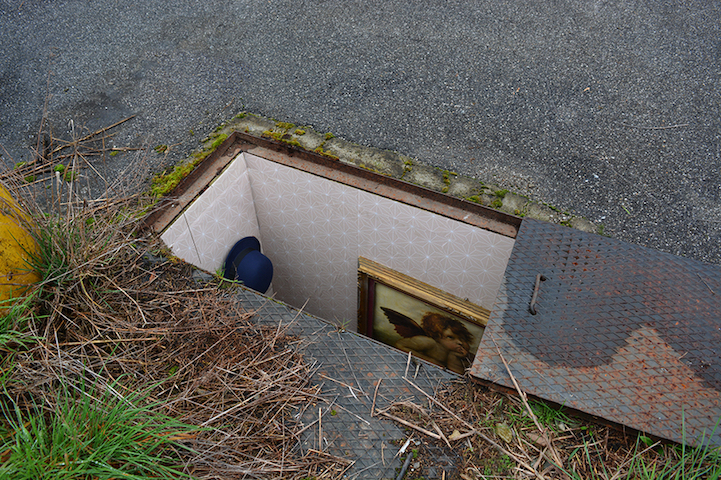