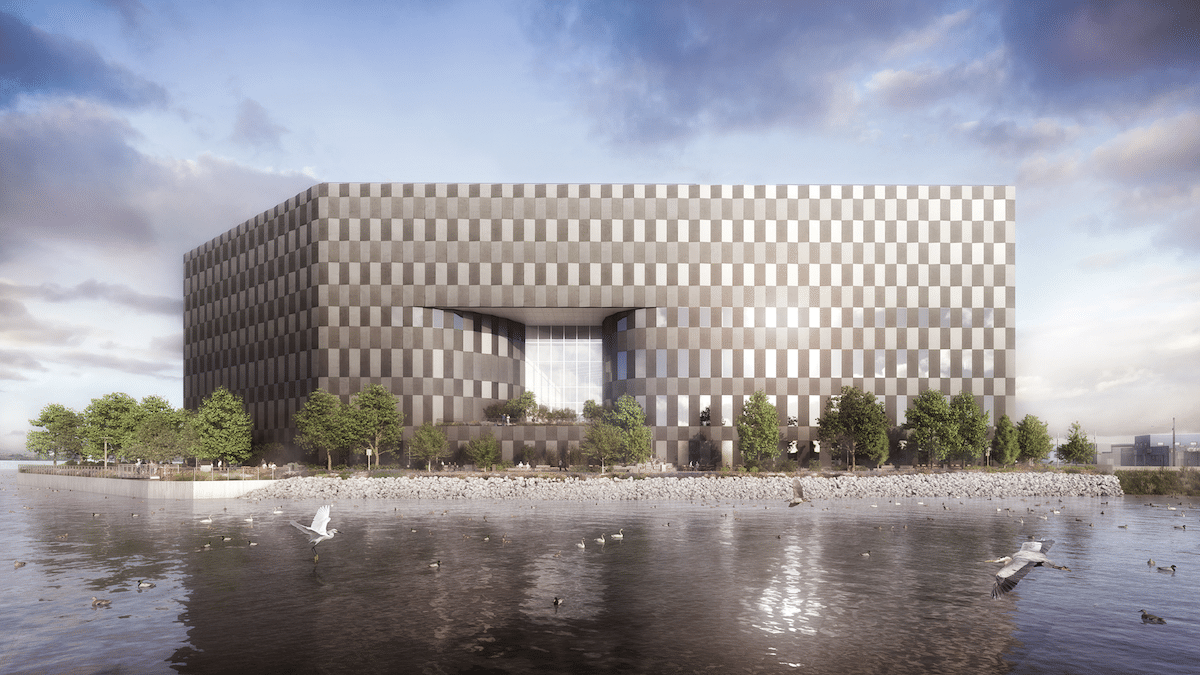 The structure will be built on a five-acre site in Astoria and will stand 44 meters, or almost 150 feet tall, taking an unusual form for this building type. Aside from its height, the project will also include New York’s “first purpose-built production soundstage.” The designers believe that the organization of this project will change the way films are created here.  “The vertical media production village will be home to storytellers working across all mediums—a three-dimensional hub of collaboration, creativity, and innovation,” says Ingels. 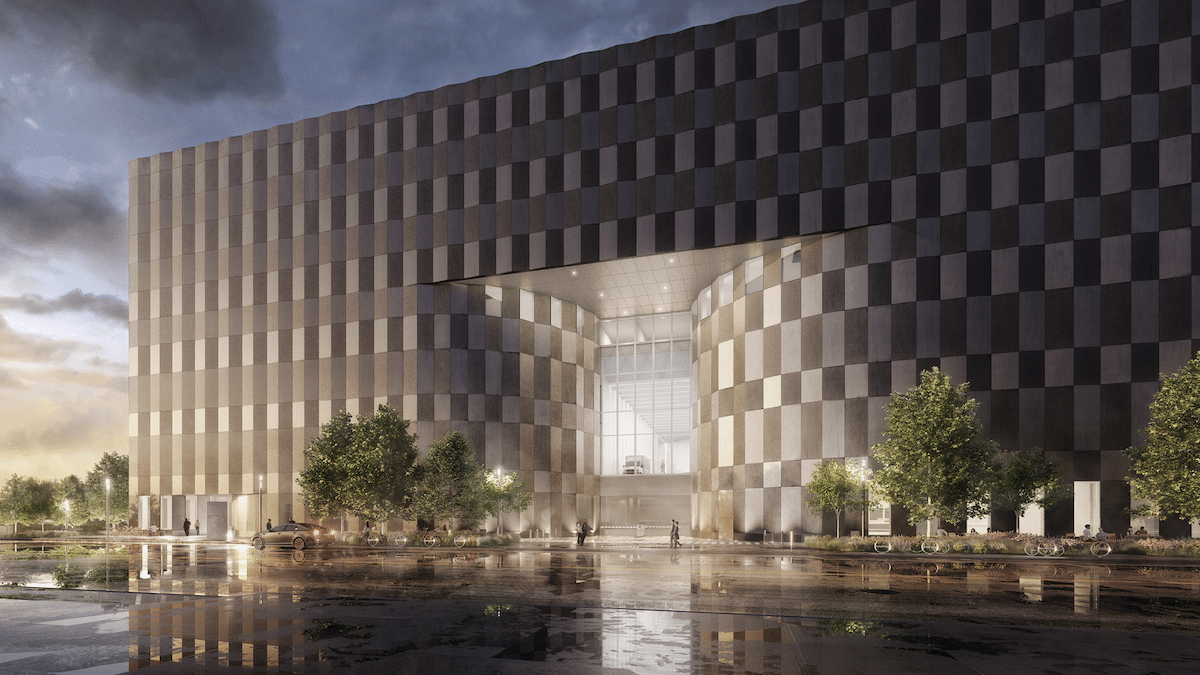 Included in the building are 11 studio modules each equipped with large stages and necessary production programs such as prop shops, dressing rooms, and other support spaces. Terraces break up the fiber-cement panel façade to allow daylight into the building while creating pockets of green spaces which allow folks to look out at views of New York.

A large entrance follows the same cut-back language of these openings and accommodates one entrance for pedestrians and another for “back of house” programs. These sweeping gestures elegantly break up the monumental building, which includes 150,000 square feet of solar panels and is raised to prevent any major flooding.

For more work by these designers, read this guide to our 10 favorite projects by Bjarke Ingels Group. Or, learn more about their recent projects like a 3D-printed habitat for life on Mars, an observation tower inspired by a strand of DNA, and a bold new city called Telosa, designed for life in the desert. 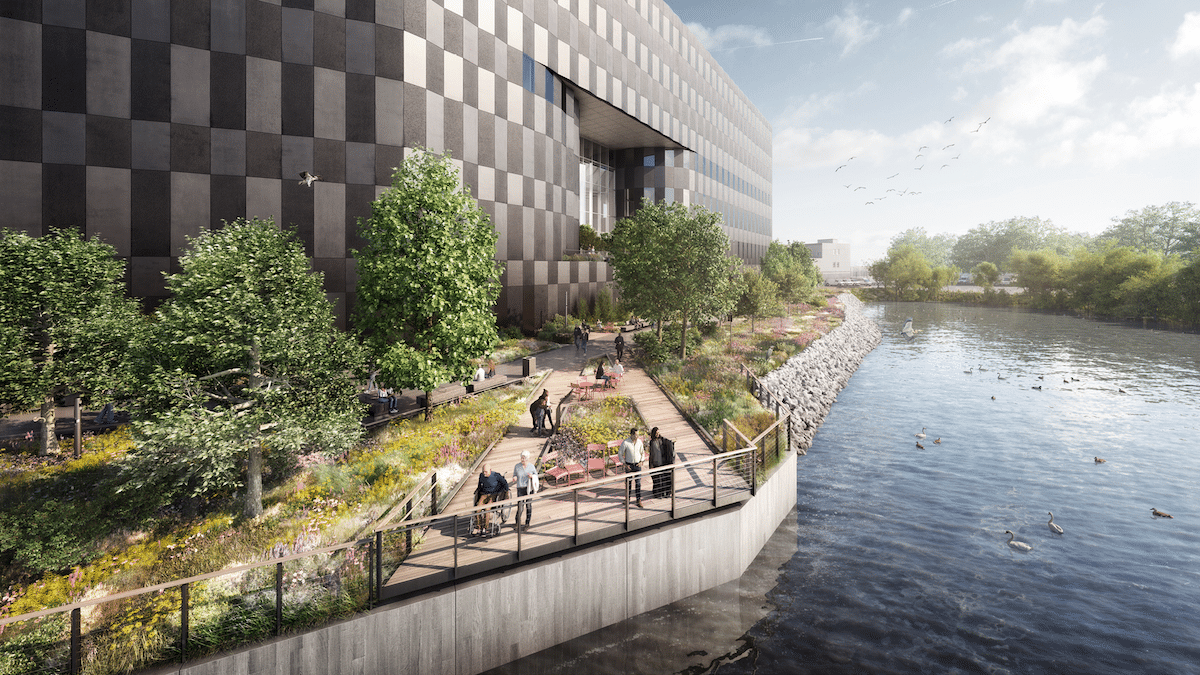 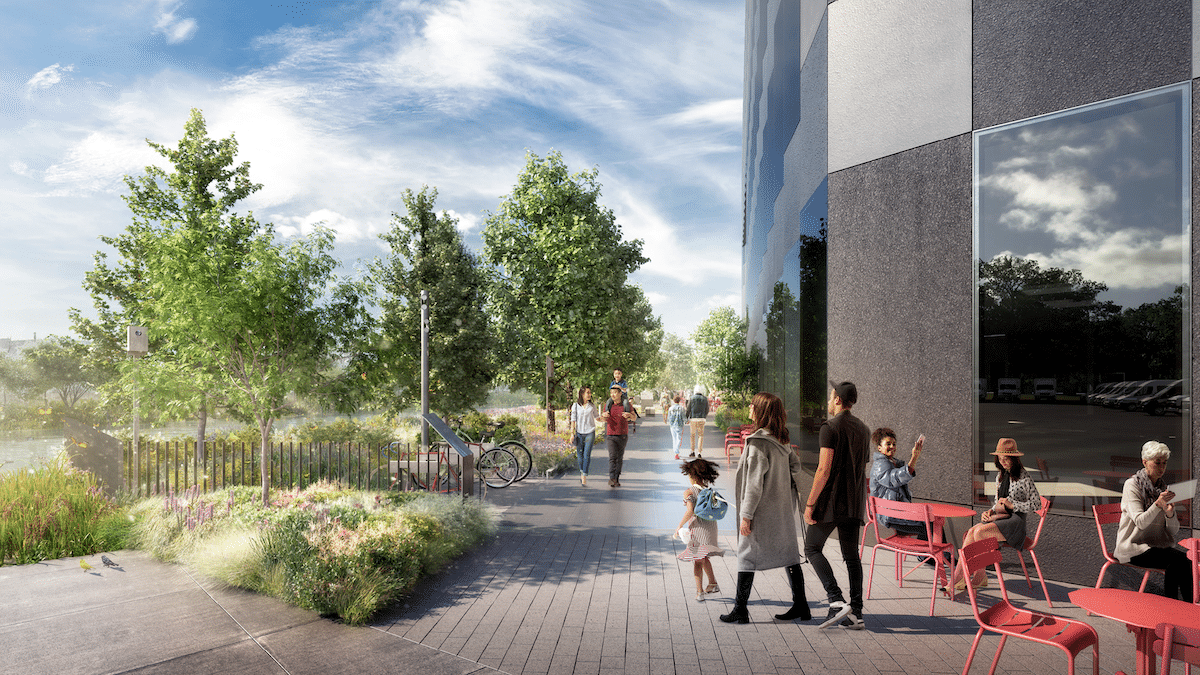 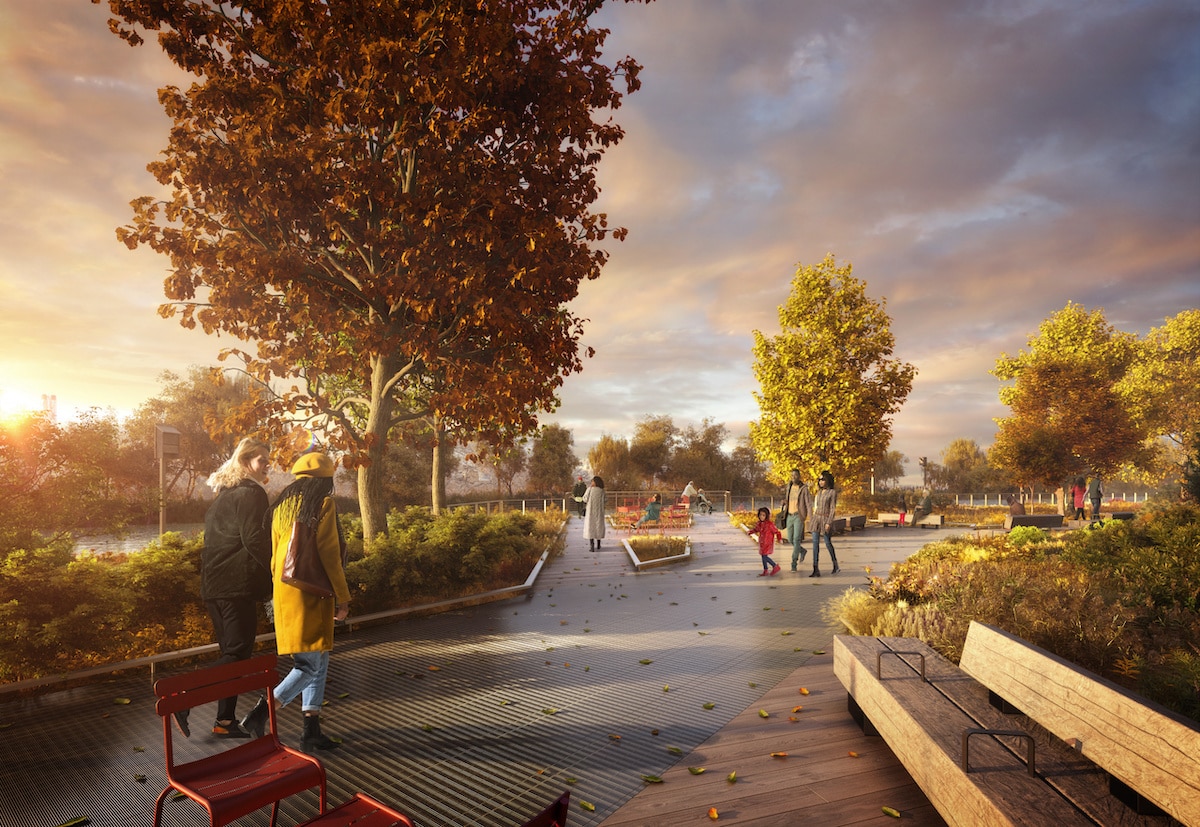 Excited for new movies from the studio? Share
Like My Modern Met on Facebook
Get Our Weekly Newsletter
Become a
My Modern Met Member
As a member, you'll join us in our effort to support the arts.
Become a Member
Explore member benefits 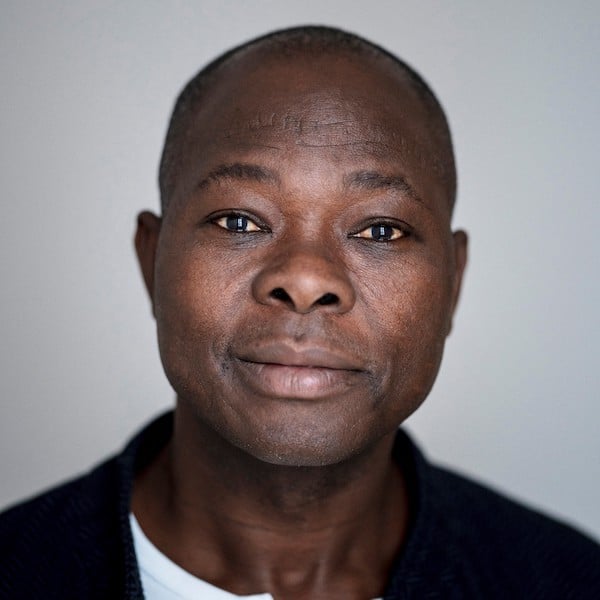