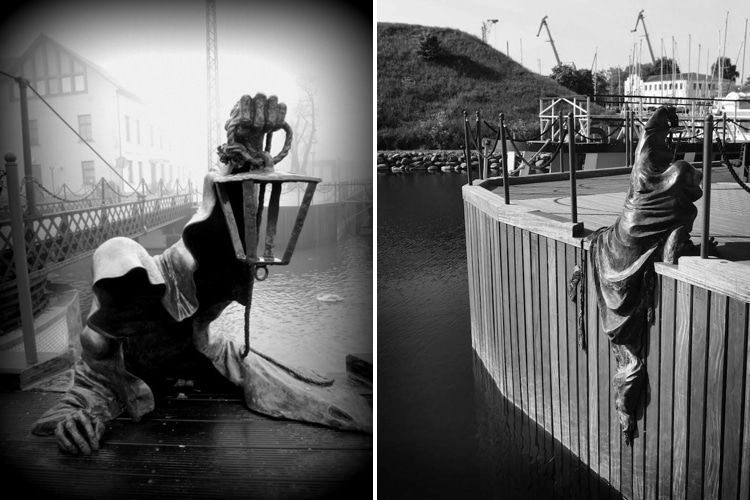 Klaipeda is a quaint seaside town in Lithuania and the country's third largest city. Visitors flock here to enjoy its historical architecture dating back to the 13th century, Maritime Museum, and annual festivals. But it may be most known for a weird statue emerging from the water—The Black Ghost.

This immense bronze sculpture, known as the Juodasis Vaiduoklis in Lithuanian, is 2.4 meters (7.8 feet) in height and casts an eery vibe. Sculpted by Svajunas Jurkus and Sergejus Plotnikovas, the mysterious figure holds a lantern in one hand, as his long, sinister fingers grip the dock. As a man without a face, he slithers ominously.

The creepy statue, which is located near Memel Castle, actually has a historical precedent. Klaipeda, which was founded by Teutonic Kings as early as the 7th century, was saved from impending famine by a mysterious ghost. Legend has it that in 1595, a castle guard was walking by the docks when he saw a ghostly, hooded figure. This “black ghost” asked about the town's grain and timber supply, inquiring if what they had was sufficient. The guard replied that they did indeed have a good supply, but the figure issued a warning that their stocks would soon run low, and then vanished.

So, in the end, The Black Ghost actually turned out to be a friendly spirit. 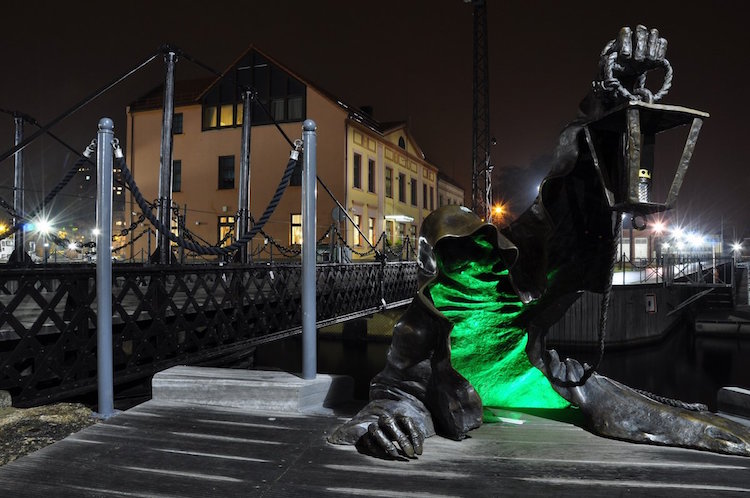 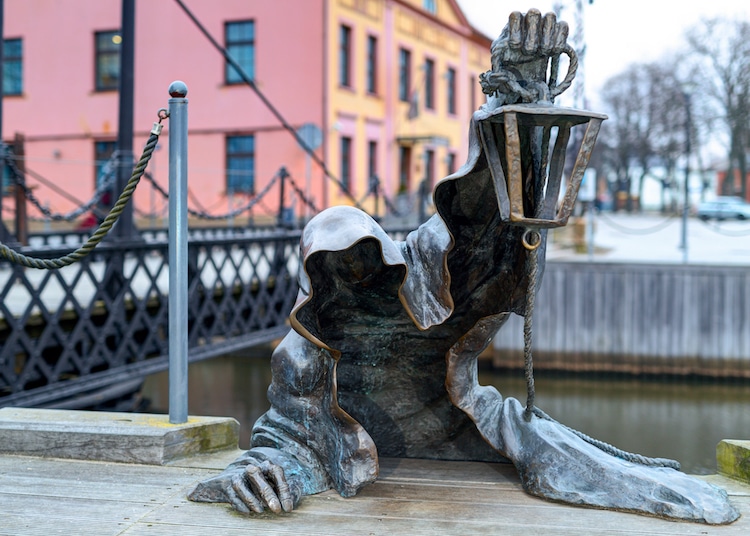 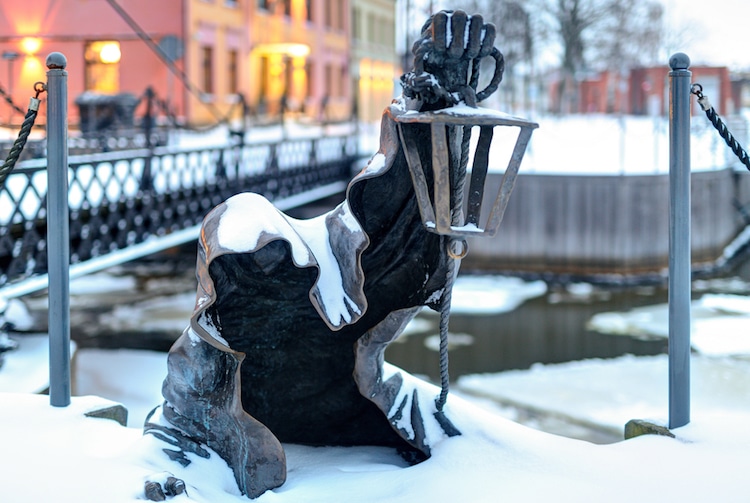 Isn't this statue creepy? Share
Like My Modern Met on Facebook
Get Our Weekly Newsletter
Become a
My Modern Met Member
As a member, you'll join us in our effort to support the arts.
Become a Member
Explore member benefits