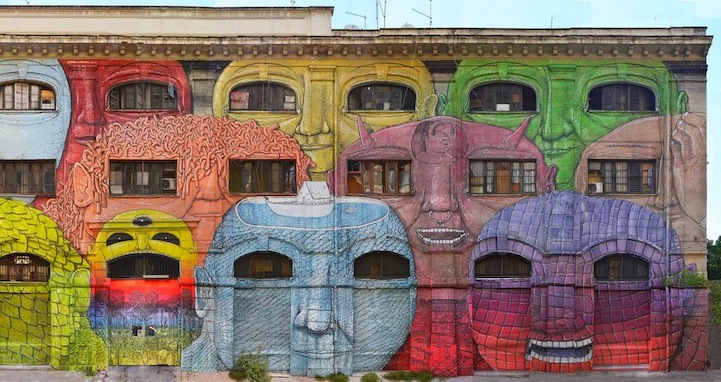 Blu's newest mural is adding a dash of personality to the bustling streets of Rome, and it's looking at you.

The mural covers former military warehouse Porto Fluviale, transforming windows into eyes and walls into stunning faces. The entire three-story building now features a kaleidoscope of hues and a myriad of minute details. Contoured lines and gradient colors create the illusion of rich texture and depth.

The recently completed project spanned two years. It was never officially authorized, but residents of the Porto Fluviale building paid for it.

The building of faces is Blu's largest work since he appeared on the street art scene circa 1999. Although the artist is widely recognized by his pseudonym, his identity is unknown. Blu typically gravitates toward pieces with political and social messages, but the Porto Fluviale project appears devoid of any such motivation. 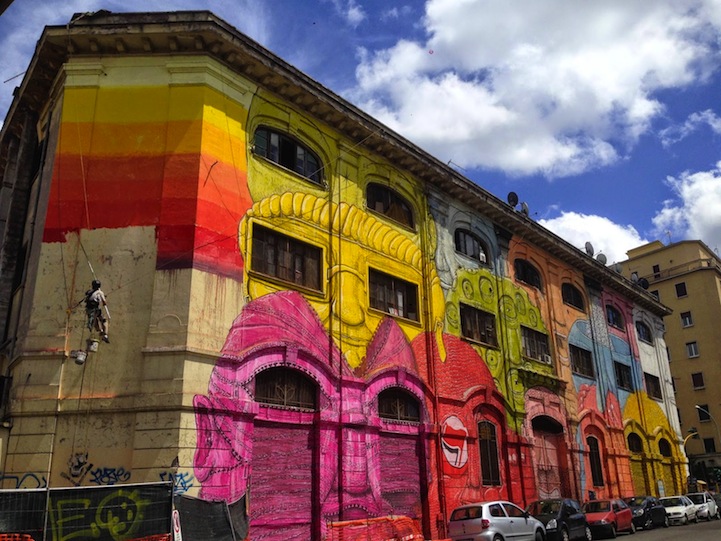 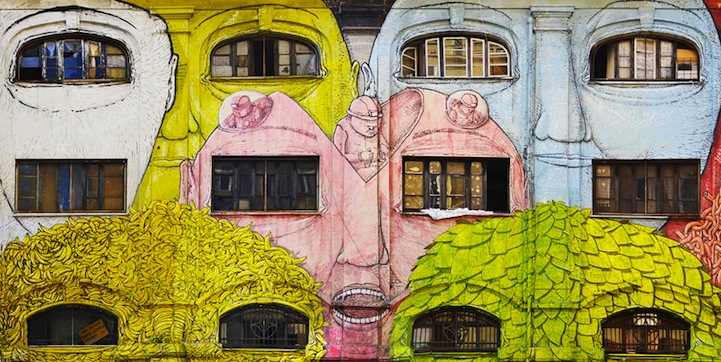 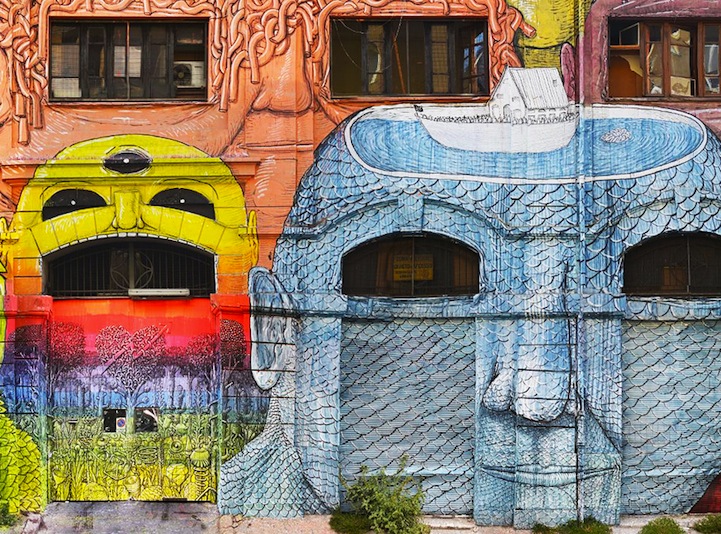 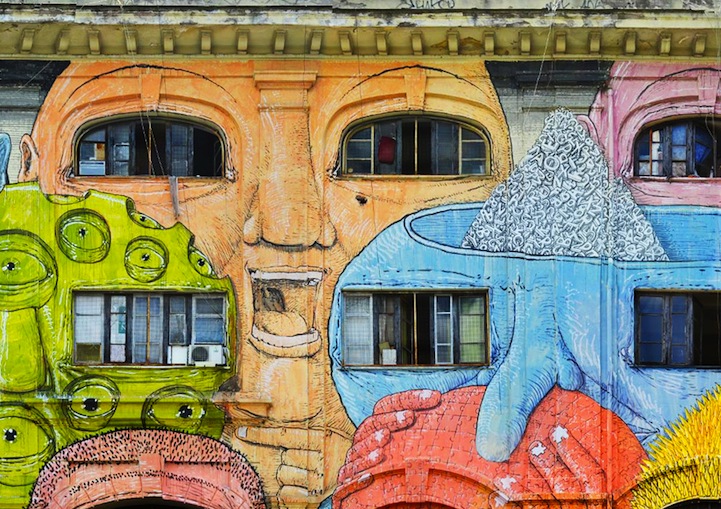