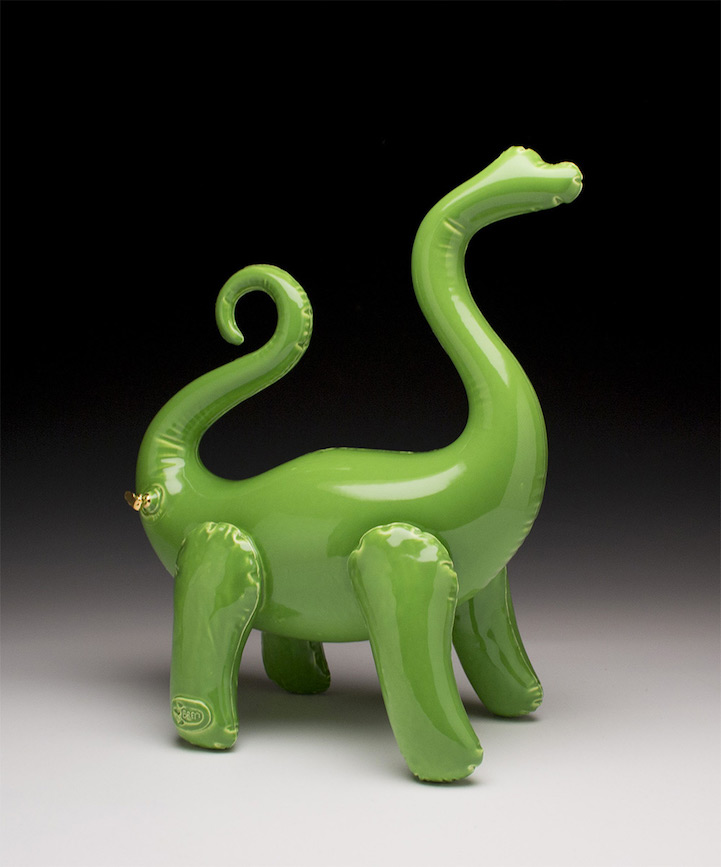 With the right tools and techniques, ceramics can look like more than just clay. Artist Brett Kern demonstrates its seemingly shape-shifting properties with his clay dinosaurs that faithfully resemble soft, inflatable toys. To create this illusion, Kern forms creases and folds in all the places you’d expect for an air-filled object—its seams. The tiny wrinkles on the dinosaurs’ bodies, arms, and legs resemble plastic material being stretched and pulled. Coupled with shiny glazing, it’s as if these creatures could pop the prick of a pin.

Kern uses mold-making to craft his work, something that he compares to the fossilization process—an apt comparison, considering the subject matter. “Objects are covered in a material that captures their shape and texture,” he explains in his artist statement, “and this, in turn, preserves the object as a rock-like representation.” Kern goes on to describe his influences, which include movies, television, toys, and games from his youth. “I am a product of this specific time period, and I like to think of my artwork as the fossils that will help preserve it.”

Kern sells his “inflatable” creations in his Etsy shop. 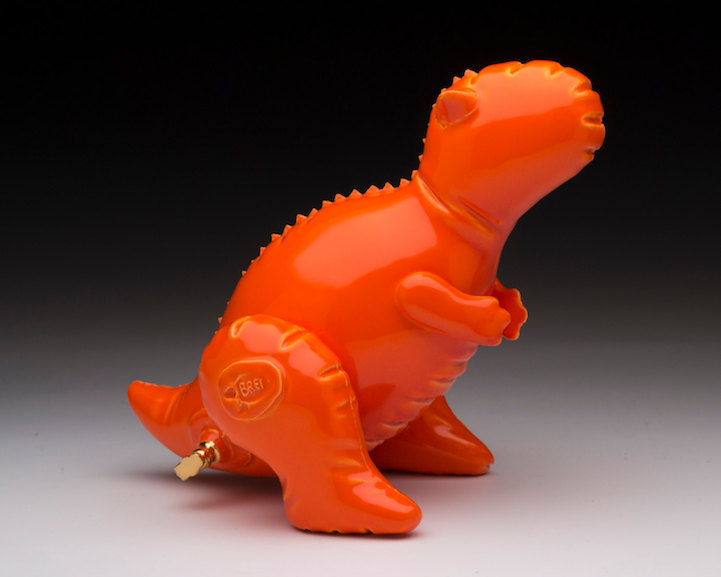 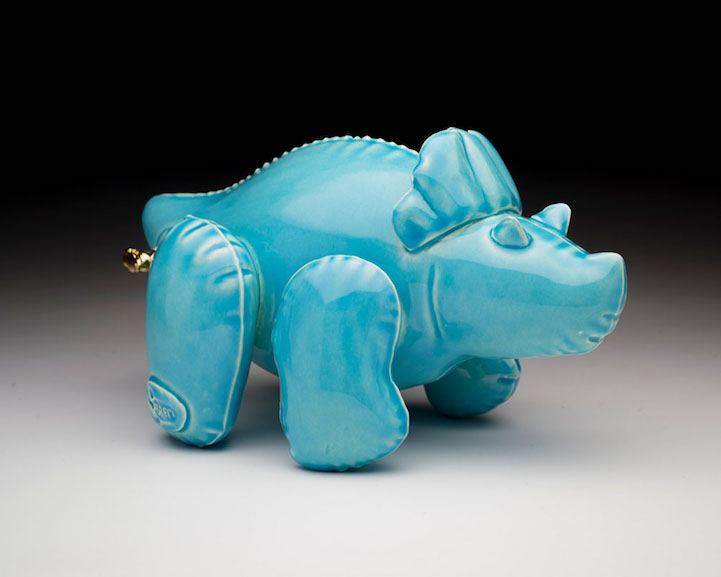 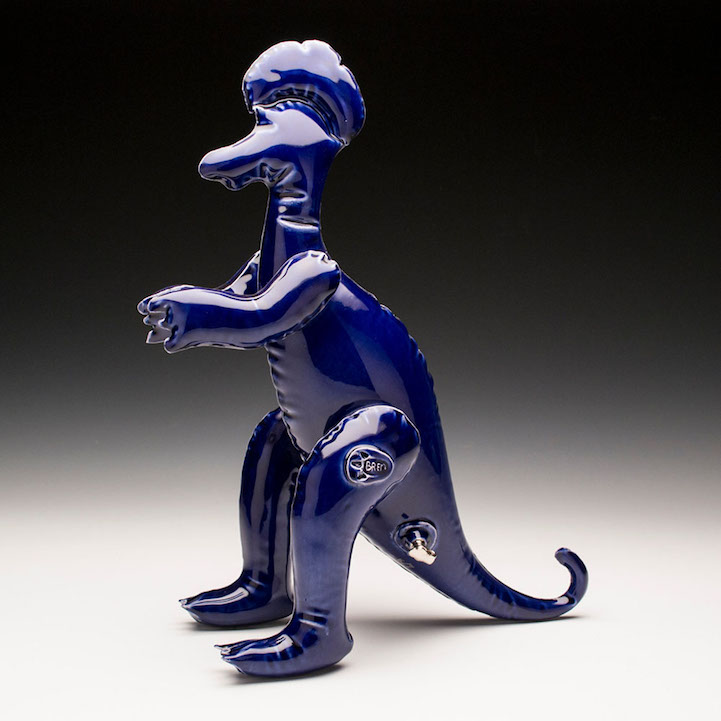 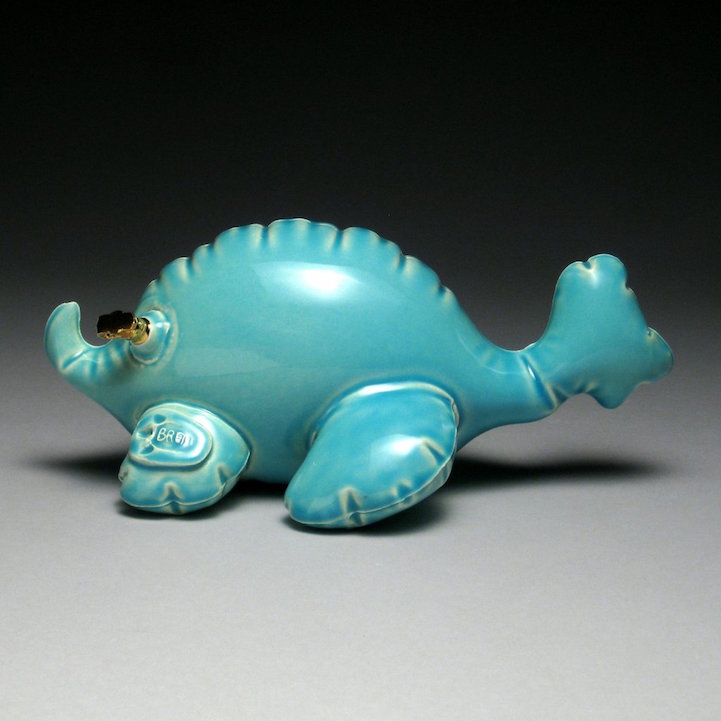 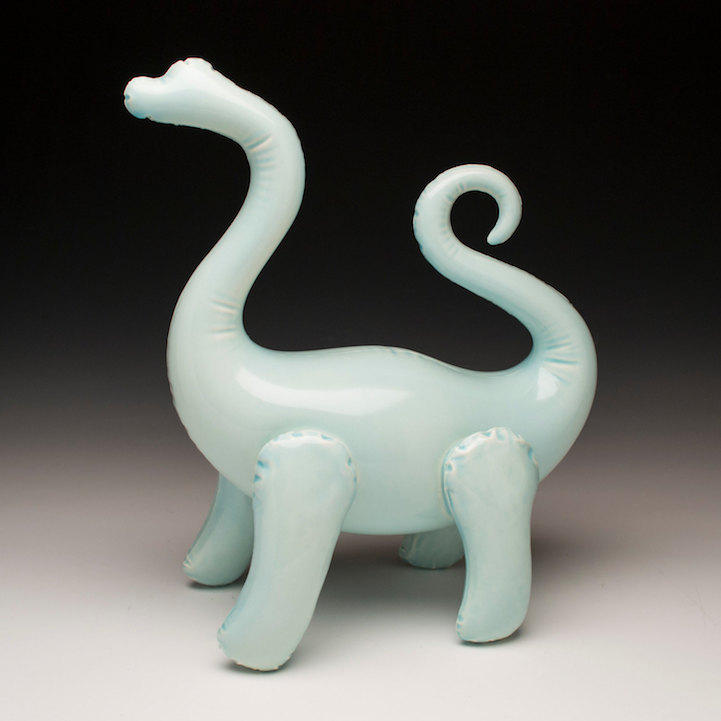 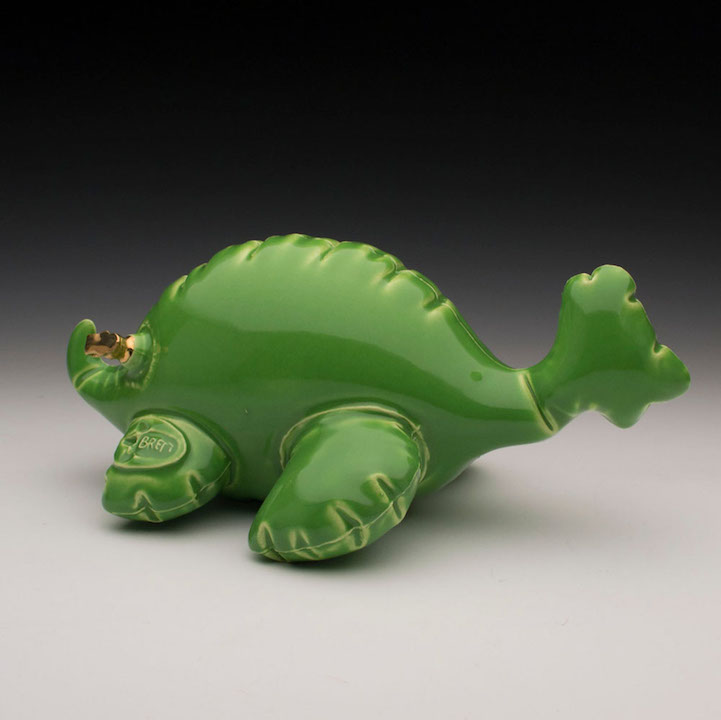 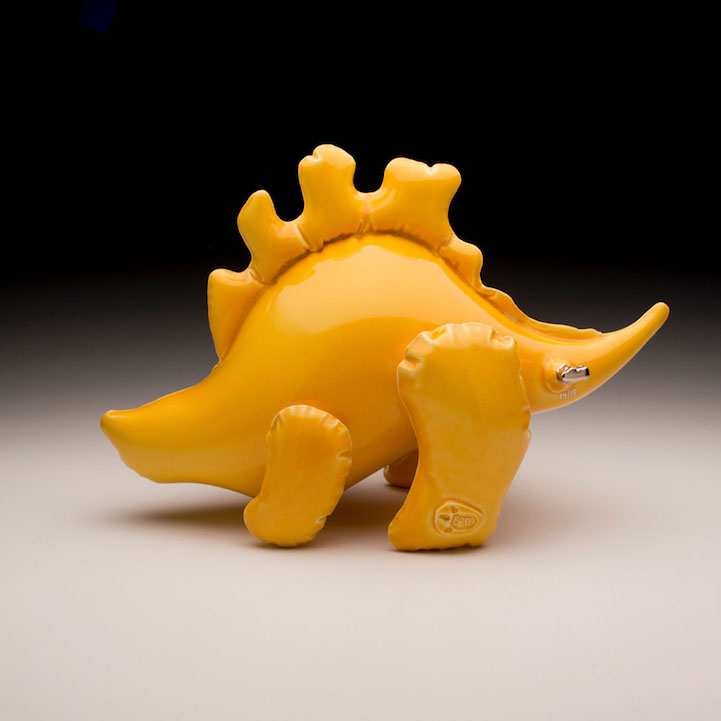 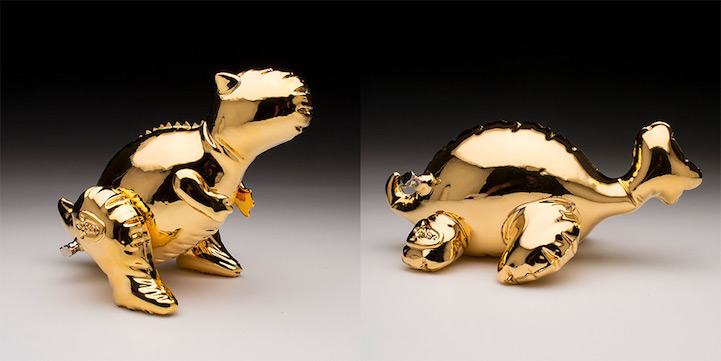 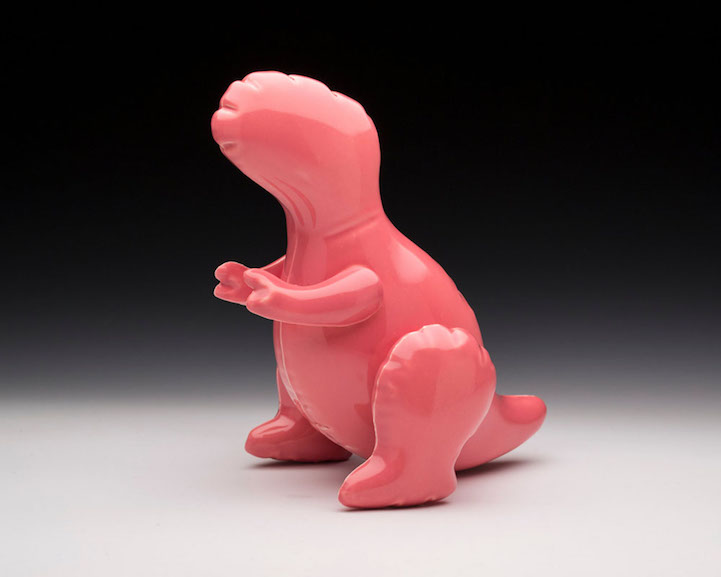 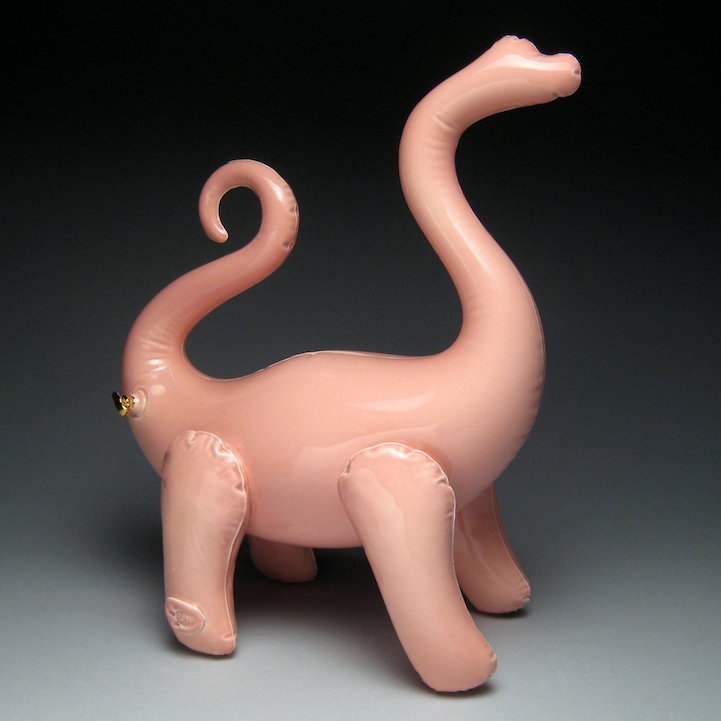 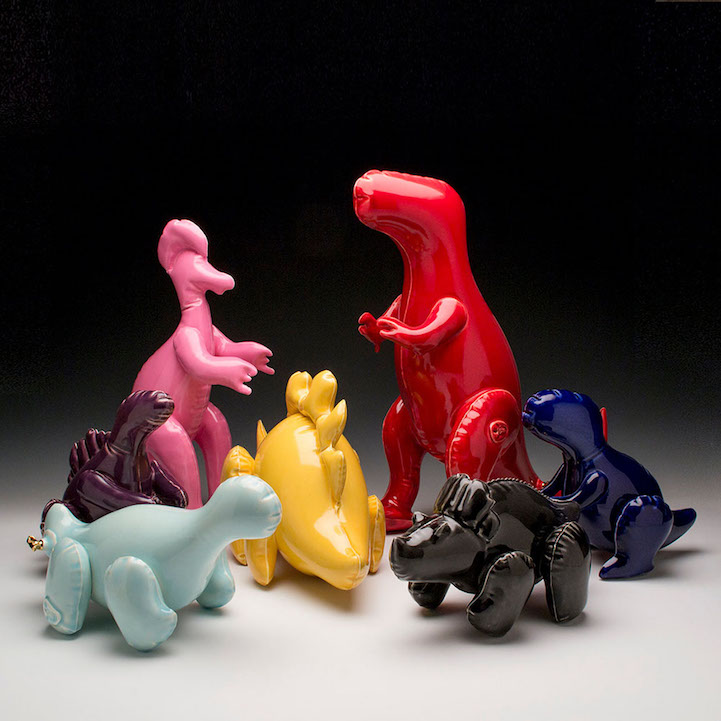