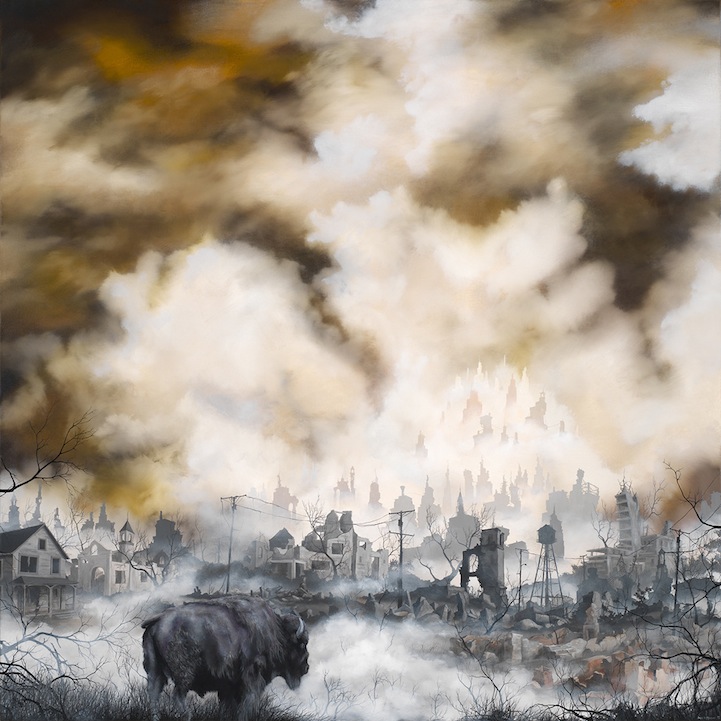 Artist Brian Mashburn's exquisite oil paintings of broken cities and decaying lands are as beautiful as they are haunting. Mashburn illustrates tangled, leafless branches against a smoldering landscape and heavy sky. Sometimes, we see an animal or person trying to make sense of what's around them. It seems bleak, but the artist does offers a glimmer of hope, and we see patches of blue sky and white clouds among the sepia tones, blacks, and grays.

Mashburn's work explores themes of excess, overpopulation, and the expanding urban environment. Curator Steven Matijcio analyzes his work, writing “Between grandeur and the grotesque, he presents post-apocalyptic visions of the modern world where nature, culture, and industry engage in an ambivalent endgame.”

Inspiration for Mashburn's paintings came from his travels to places like Hong Kong, Thailand, and China, where he found their dense populations and concentrated urban environment problematic yet sublime.The consequences of this type of overabundance not only informs his work conceptually, but in his visual style as well. Mashburn likens his methodical brushstrokes to mass production in factories, and remarks, “In the end, they both produce a polluted, drab landscape.” 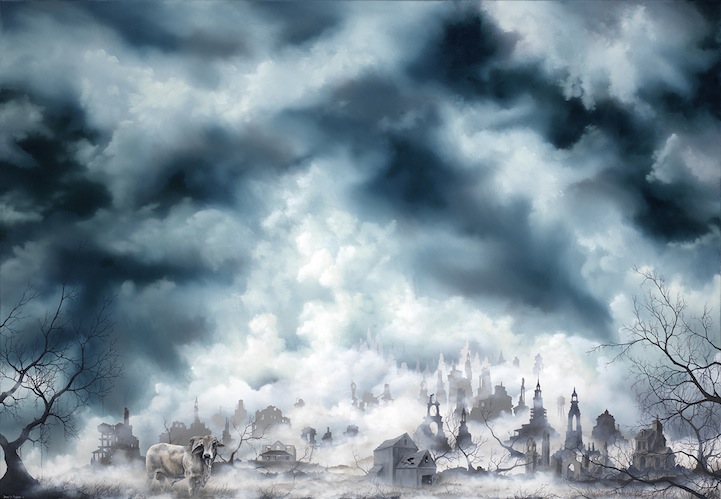 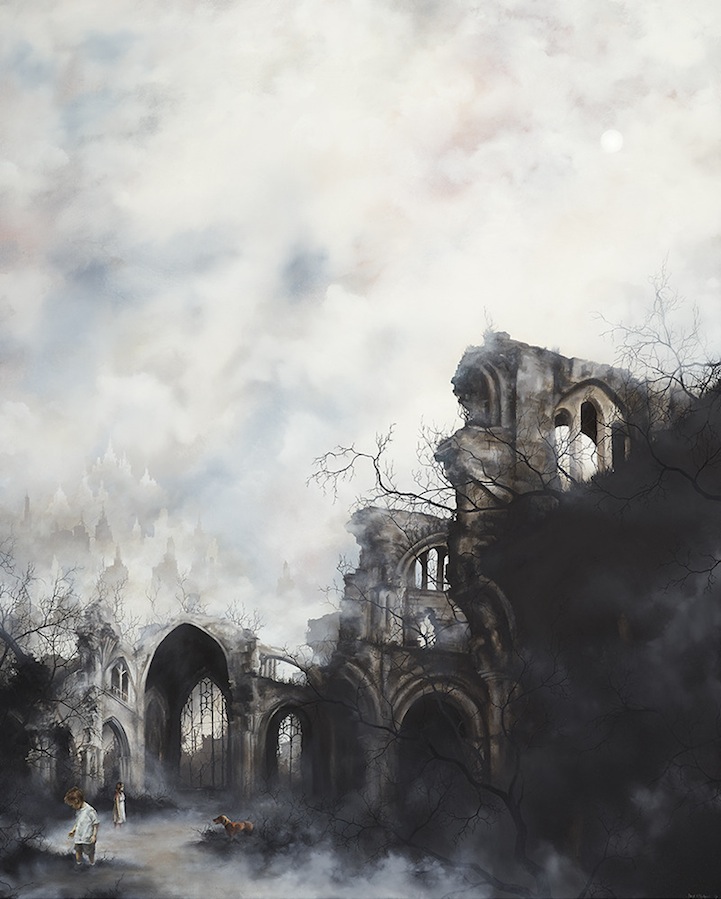 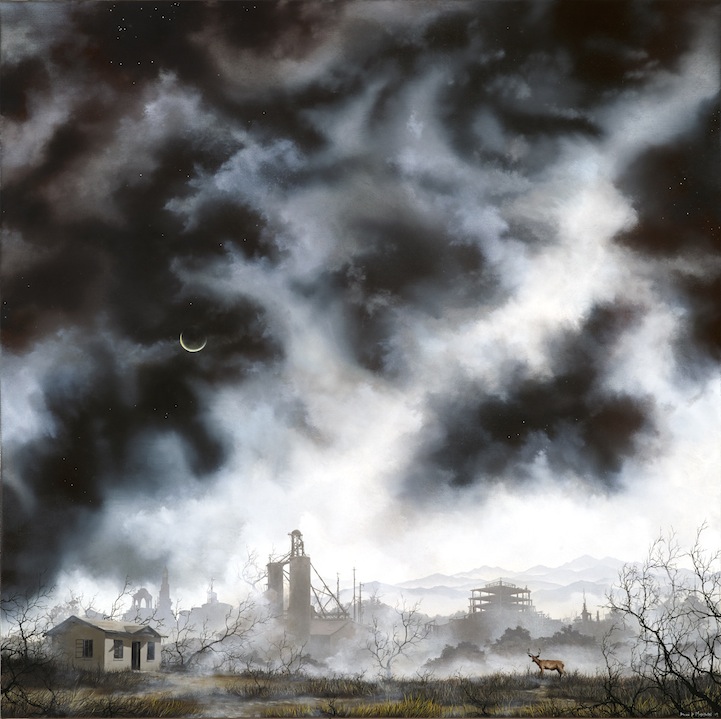 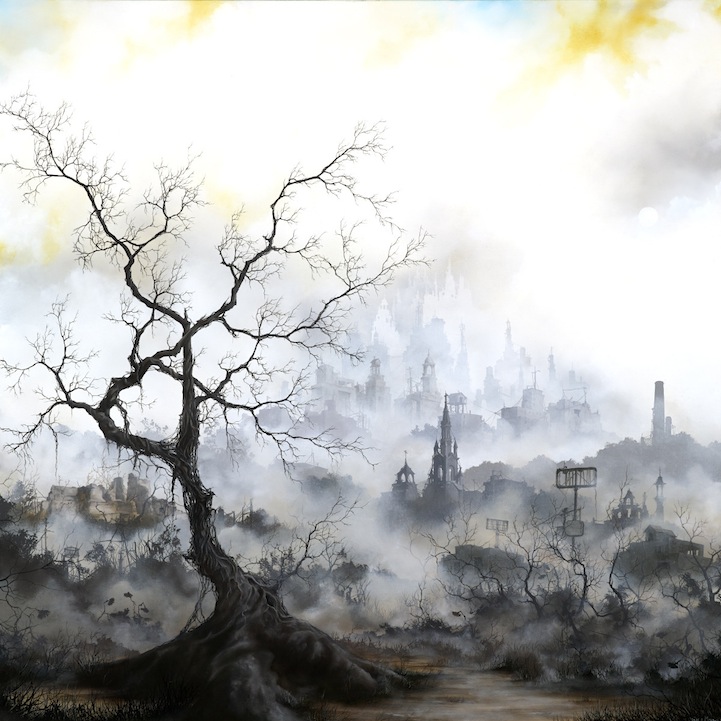 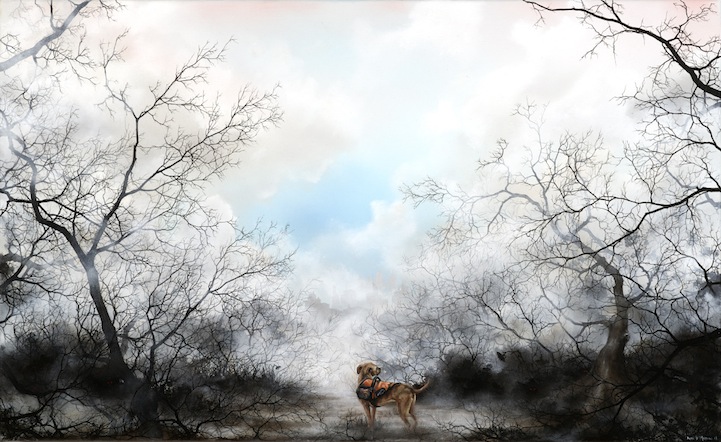 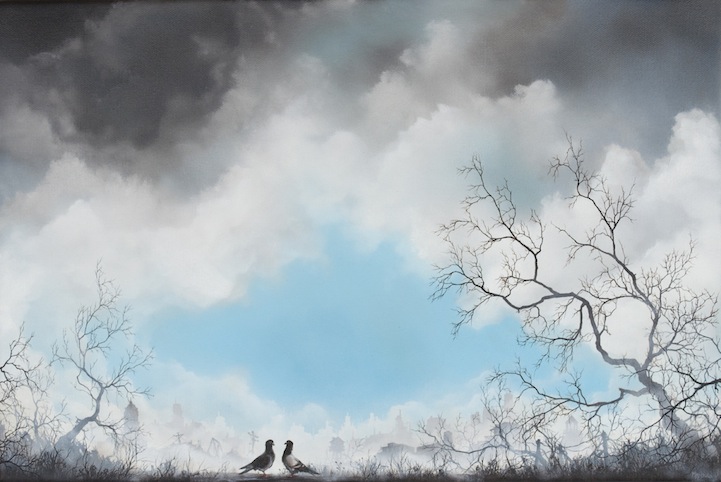 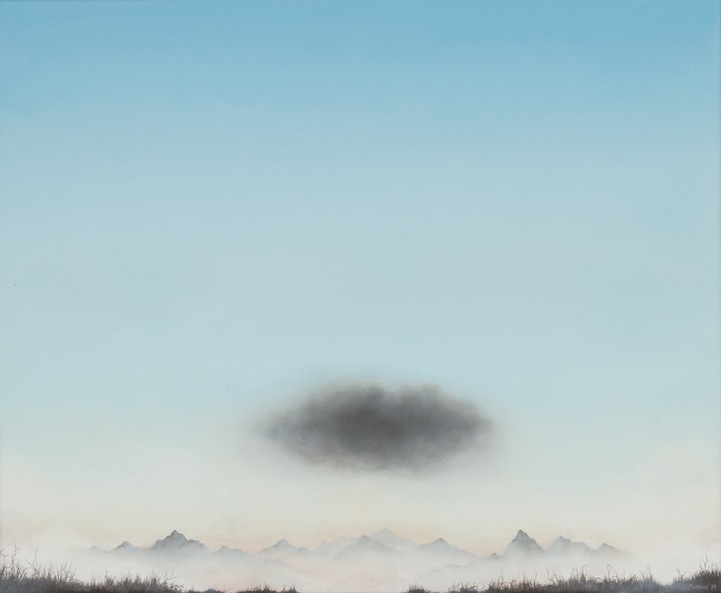 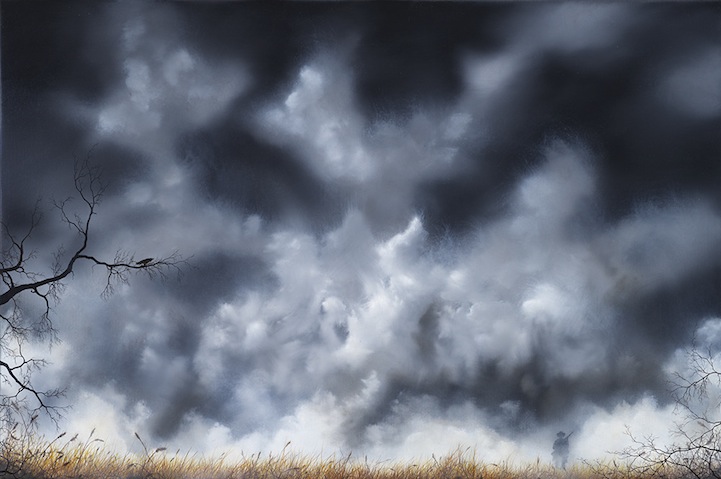 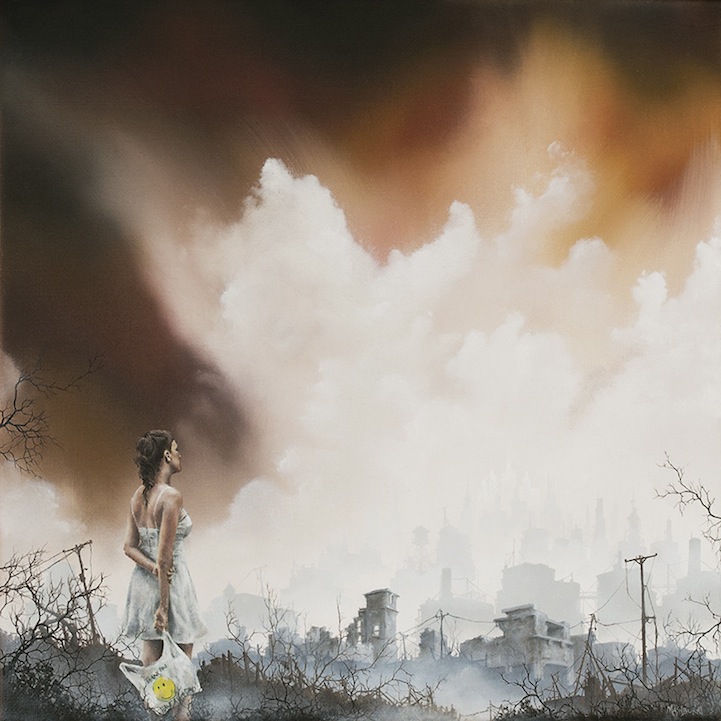 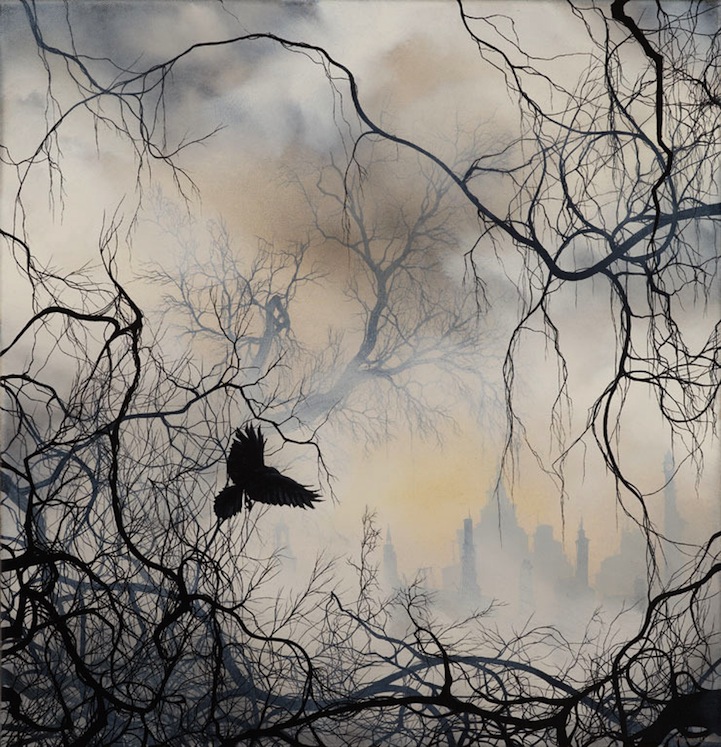