Toy Scenes of War from the Perspective of Children 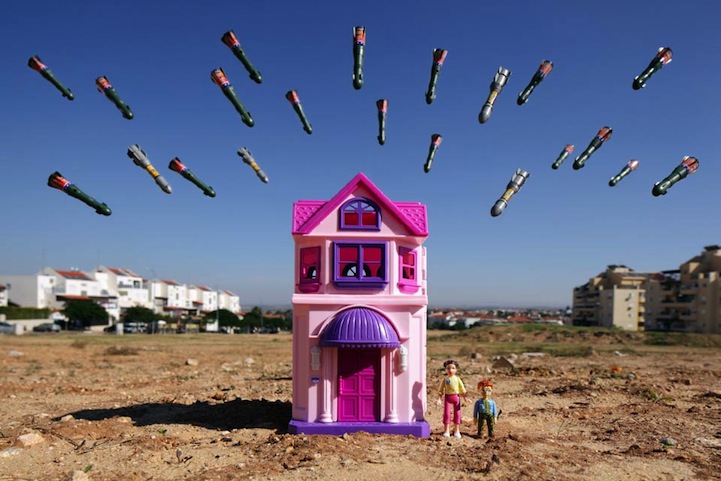 California-based photographer Brian McCarty's ongoing project, titled WAR-TOYS, explores the subject of warfare, as seen through the eyes of innocent children for whom the military tanks and artillery are a reality that surrounds them on a daily basis. The contemporary artist, who is no stranger to working with toys, decided to embark on this project in 2011, using found figurines as his models.

McCarty's work is directly inspired by the drawings of children from the war-torn areas of Israel, Gaza, and the West Bank. The project states: “Working through local humanitarian organizations in Israel, Gaza, and the West Bank, WAR-TOYS focuses on the latest generation of Israelis and Palestinians that has never known an existence without the constant threat of rocket attacks, air strikes, gunfire, explosions, and incursions.”

In 2011, while capturing his still-life scenes for the project in Gaza, McCarty could hear flash grenades and tear gas actively going off in the background (see the video, below). Having experienced only a fraction of what the local children are exposed to everyday, he says, “My thoughts are with the children living under siege. I know that they will emerge from this conflict and find the strength to survive and eventually thrive, despite the destruction. Still, the fear and anxiety that they must endure now is difficult to imagine. It's why I started this project, and why I continue it.”

WAR-TOYS is currently on exhibition at Peanut Underground Art Projects in New York. 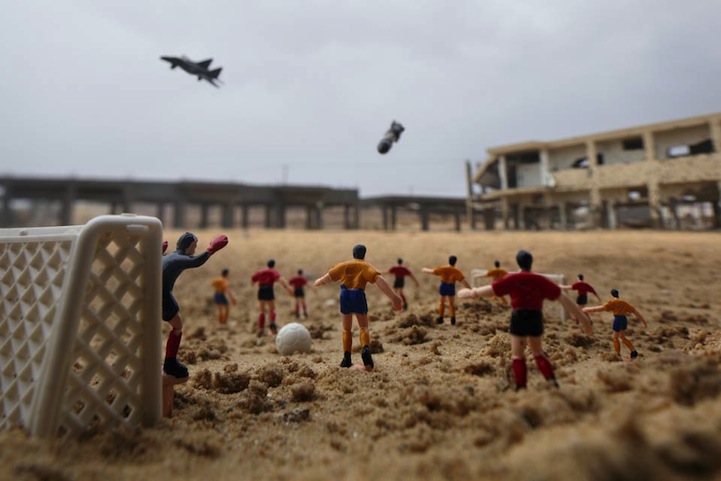 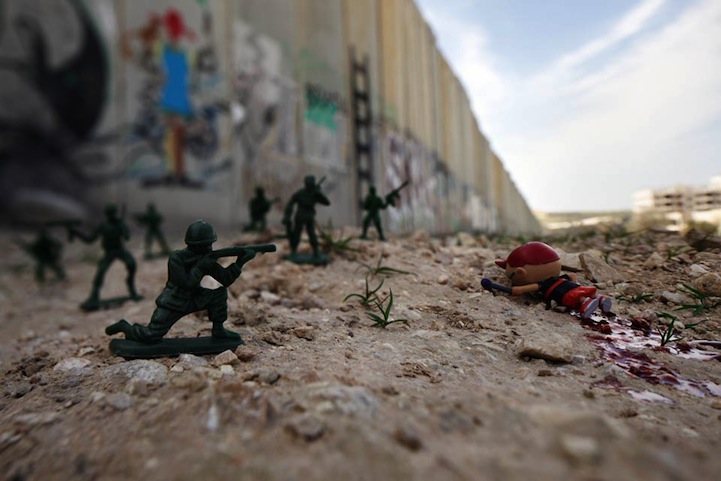 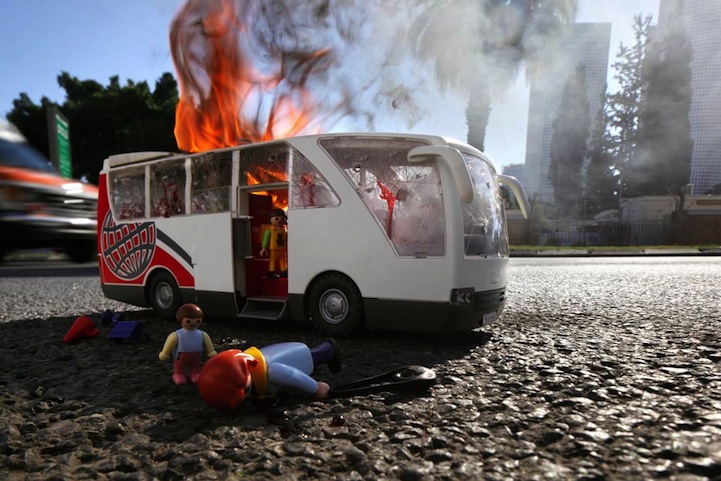 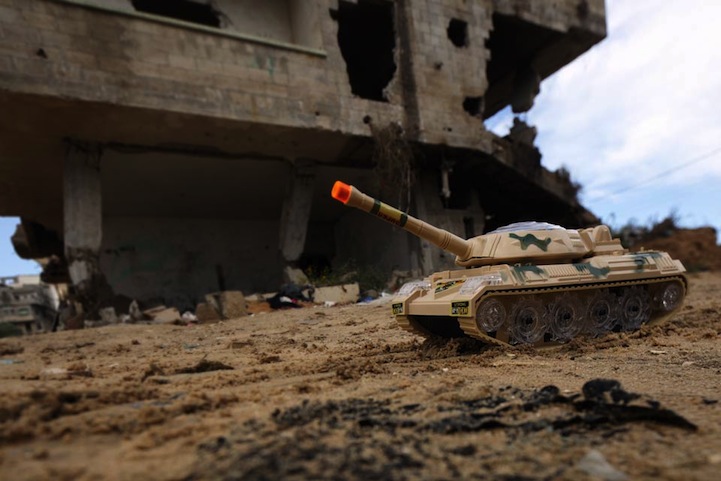 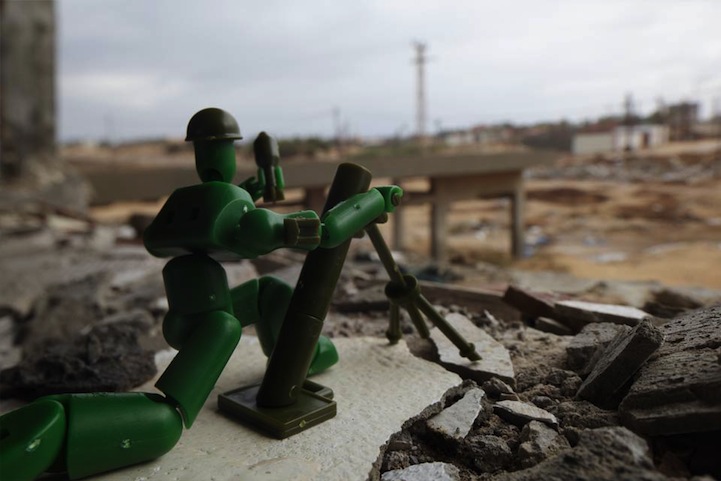 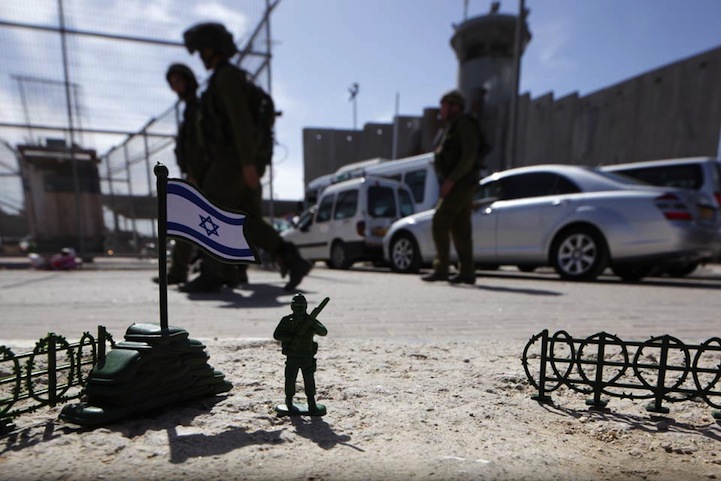 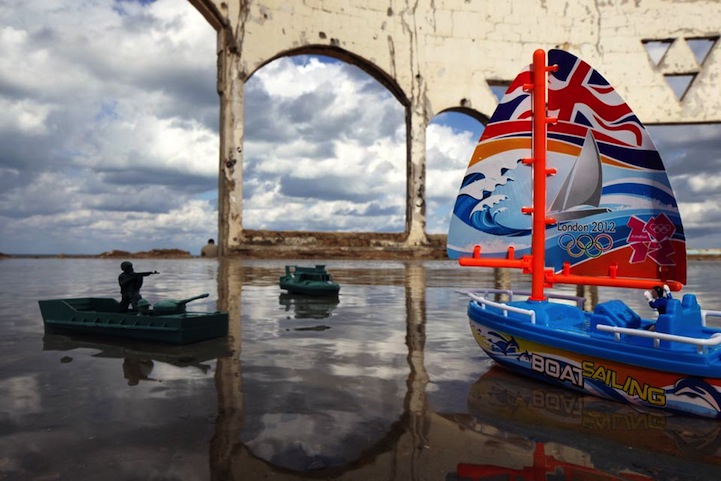 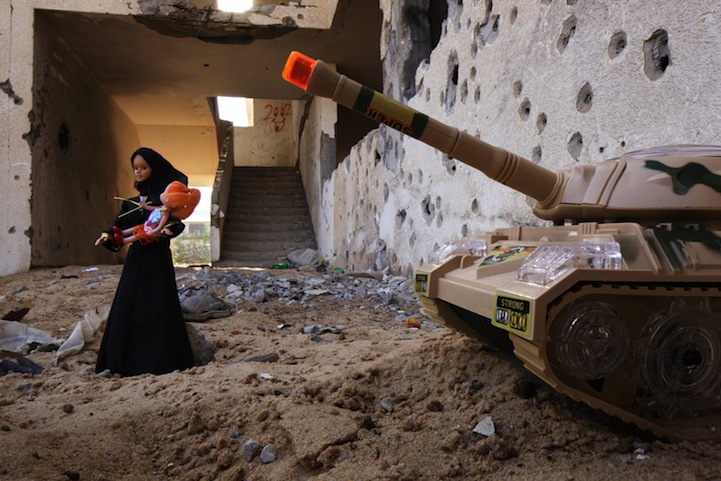 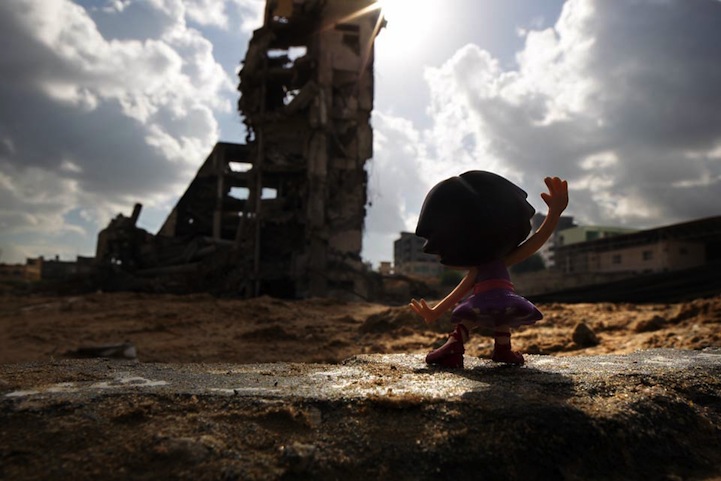 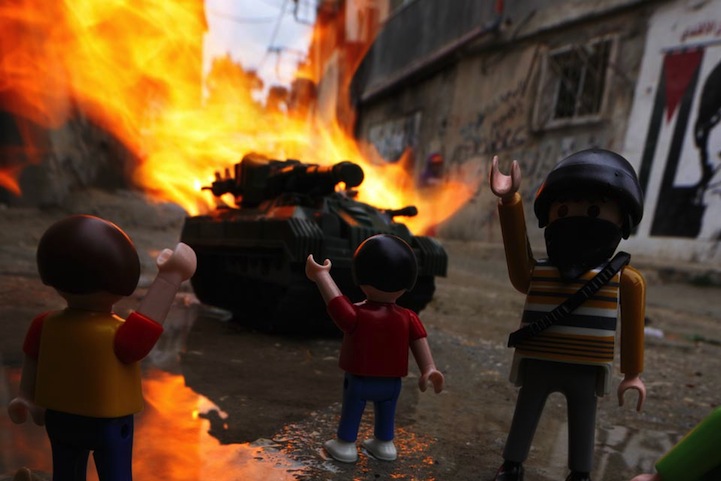 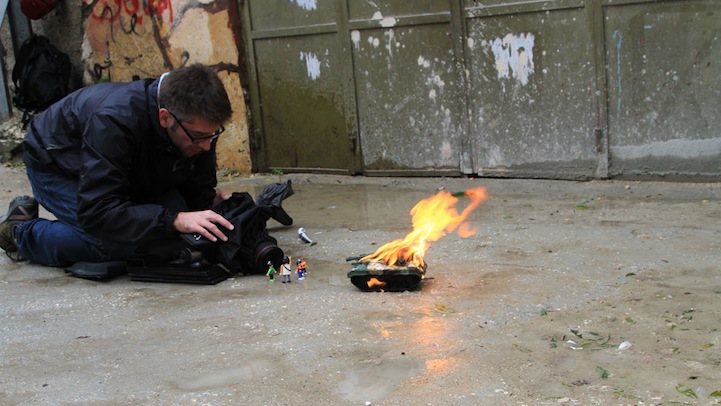