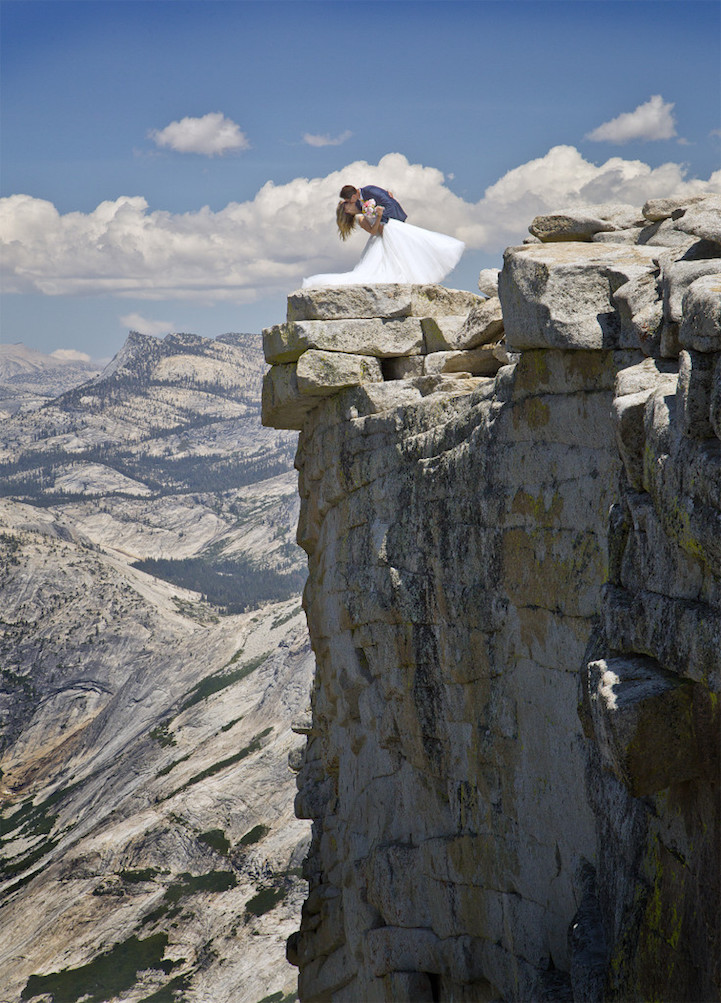 This past spring, photographer Brian Rueb captured his friends' unforgettable wedding and overcame his fear of heights at the same time. Endijs and Elina, the happy couple and avid outdoor enthusiasts, approached him about shooting their nuptials on the top of Half Dome in Yosemite National Park. Without knowing the specifics of the trek, Rueb quickly said yes.

Afterwards, the photographer began to research what he had signed up for. The Half Dome, while worth the journey, was an 8.2 mile climb and 4,500 feet of elevation gain, with part of the trail only scalable via support cables. Feeling terrified, Rueb convinced Phillip Nicolas, his colleague and backcountry explorer, to record the wedding on video and offer him moral support.

On the morning of the wedding, Rueb and Nicolas met the couple and their wedding officiant and set off on the grueling hike. The bride and groom weren't in the proper attire just yet, though. They had a bag filled with a vacuum-packed dress and suit, plus champagne, food, and water for the day. At that point, Rueb realized they had “gone all in” with their planning and prep. “Now I felt even more pressure and was extra determined to make sure they had beautiful photos to remember this day,” he wrote on Resource Travel.

Once Rueb approached the cables, whatever confidence he had previously felt began to waver. The cables were large rope wires, bolted onto the mountain and strung through poles that are spaced every 10 to 12 feet. A wooden 2×4 step was between each of the poles. “It's like a giant, scary ladder going up a sheer wall,” Rueb recalled. Although he wanted to give up, knowing that his clients trusted him to photograph their special day kept him going.

Eventually, Rueb made it to the peak and captured these incredibly beautiful photos. The awe-inspiring view, juxtaposed with the formal attire, seems to epitomize the couple's personality–dedicated and adventurous.

The ceremony also included other hikers at the top, and they were surprised to see Elina emerge in her wedding dress. “Their eyes were filled with tears. They cheered when the couple sealed their nuptials with a kiss,” Rueb wrote. “It was truly one of the most beautiful and inspiring events that I have ever witnessed.” 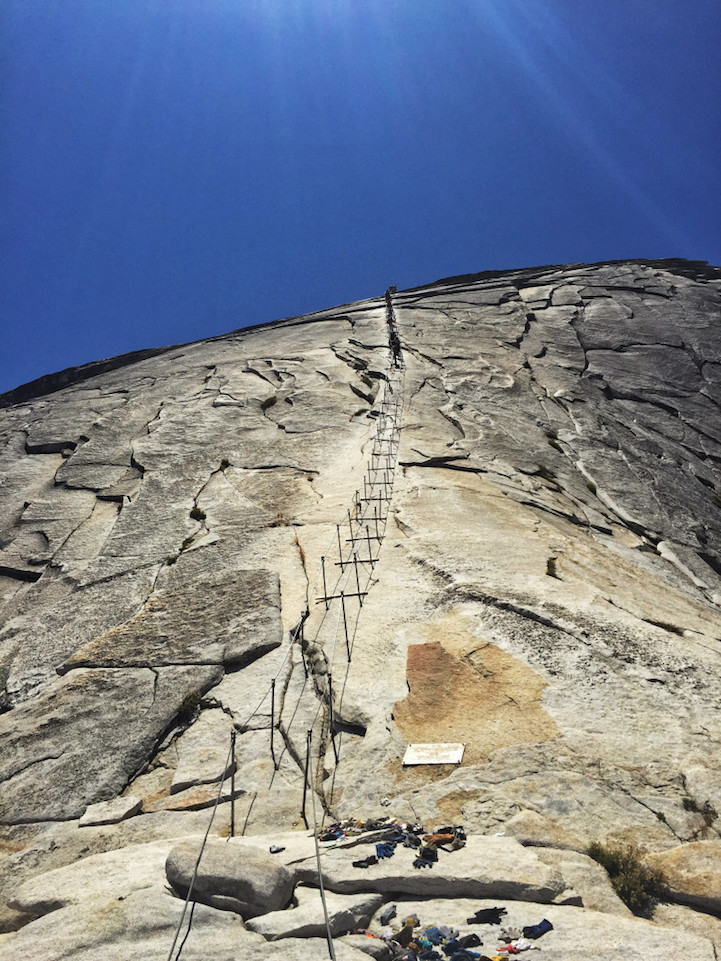 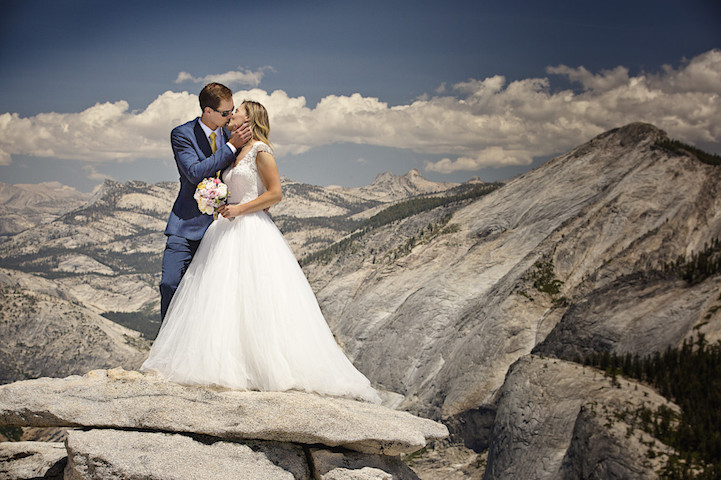 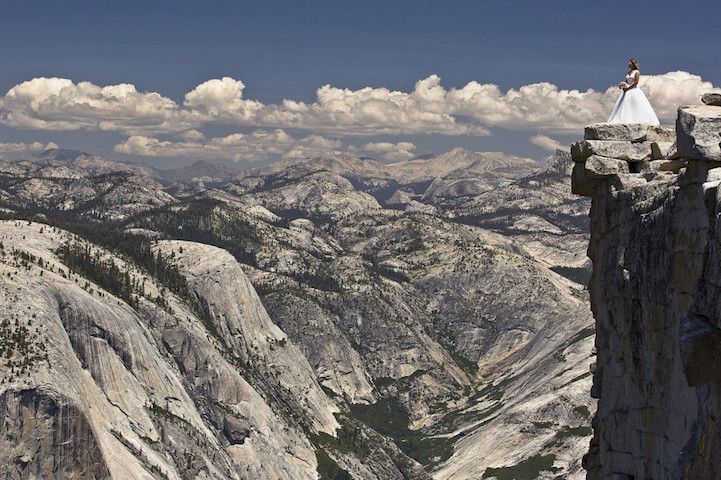 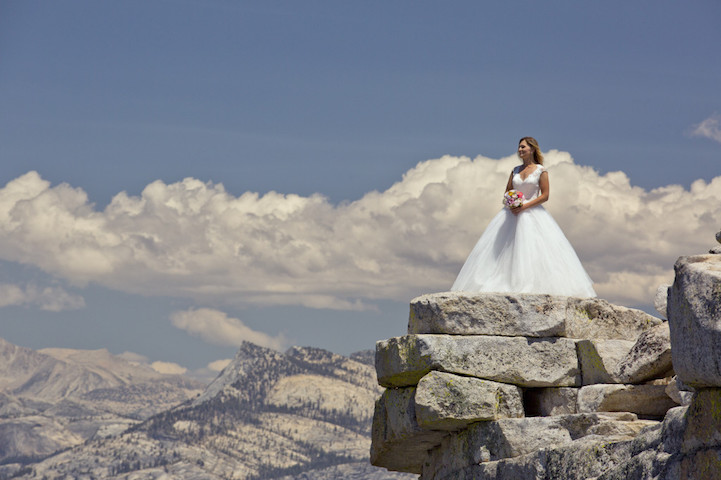 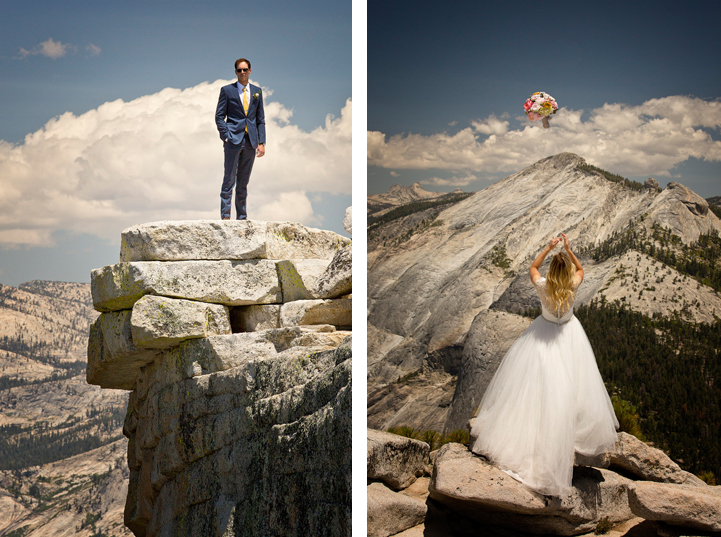 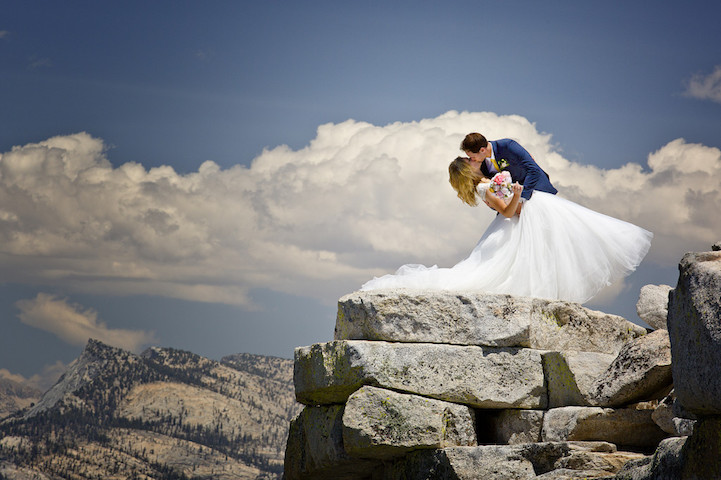