Artist Imagines Victorious Female Warriors Moments After the Battles Are Over 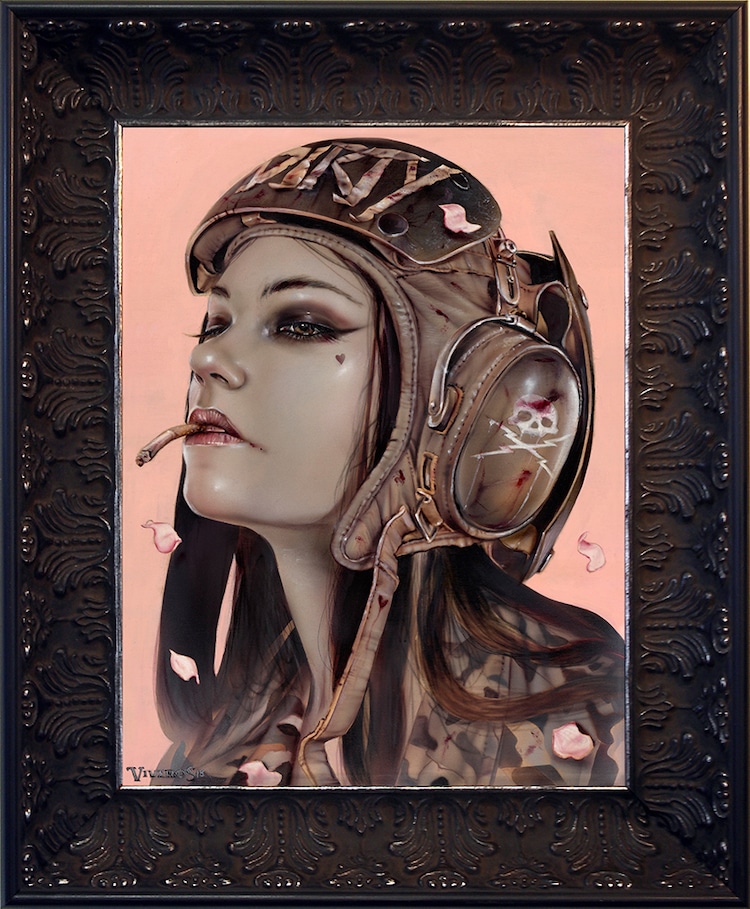 Self-taught artist Brian Viveros has created a world of his own that’s expressed through fine art portrait painting. Called DirtyLand, this alternate universe features strong female fighters who appear exhausted but are savoring every moment of their well-earned victory. Viveros has placed them in iconic headgear inspired by boxers, Dia de Los Muertos, and various military branches. The dress, coupled with Vivero’s bold character design, convey the feeling that these women are survivors who refuse to be stepped upon.

Calling his subjects warriors, Viveros refers to them as “the anti-pinup girls” that aren’t afraid to get dirty and fight, hence the emphasis on what they wear. “The helmets and headgear for me signify protection, they're an added layer of armor and flesh to these warriors,” he says. “It’s something of a signature now, an added foil to the character; the headgear and helmets for me are like characters themselves in my work.” Viveros has been inspired by these objects since he was young, and he now has an impressive collection of headgear. The objects, adorned with incredible details, have even been the inspiration for new characters that he creates.

Viveros’ latest work has culminated in a solo show called The Good, The Bad & The DIRTY at Spoke NYC. “The exhibition is dedicated to my father who passed away in February from the cancer demon,” he explains. “I explored a lot of new, different characters in remembrance of him.” If you’re local to New York City, you can see The Good, The Bad & The DIRTY from November 3 to November 24, 2018. 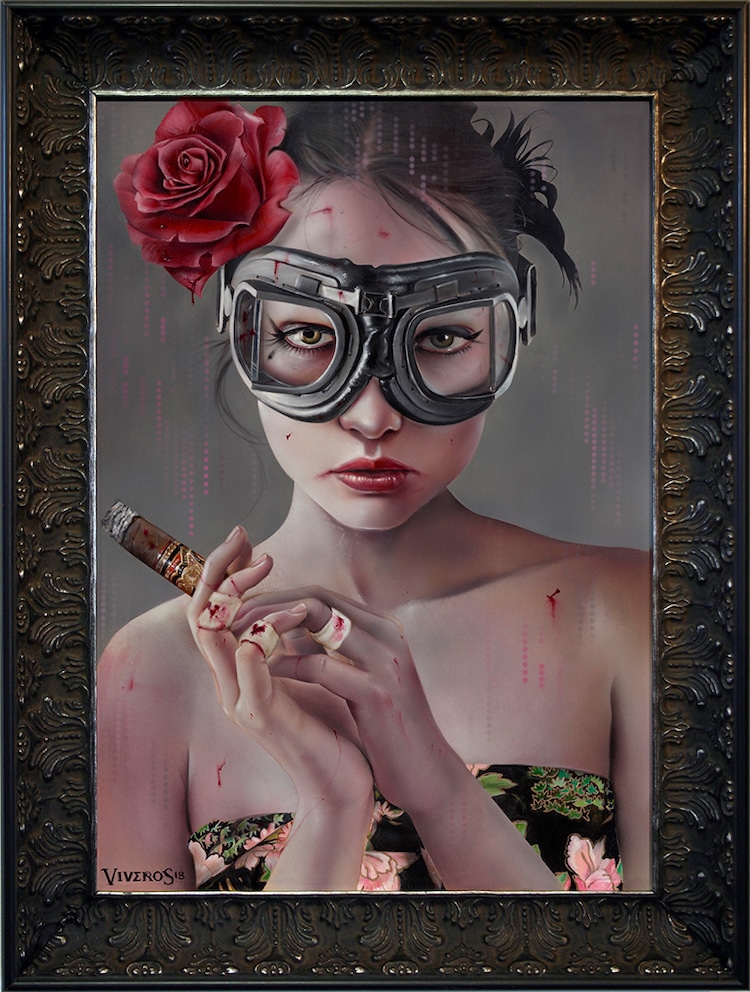 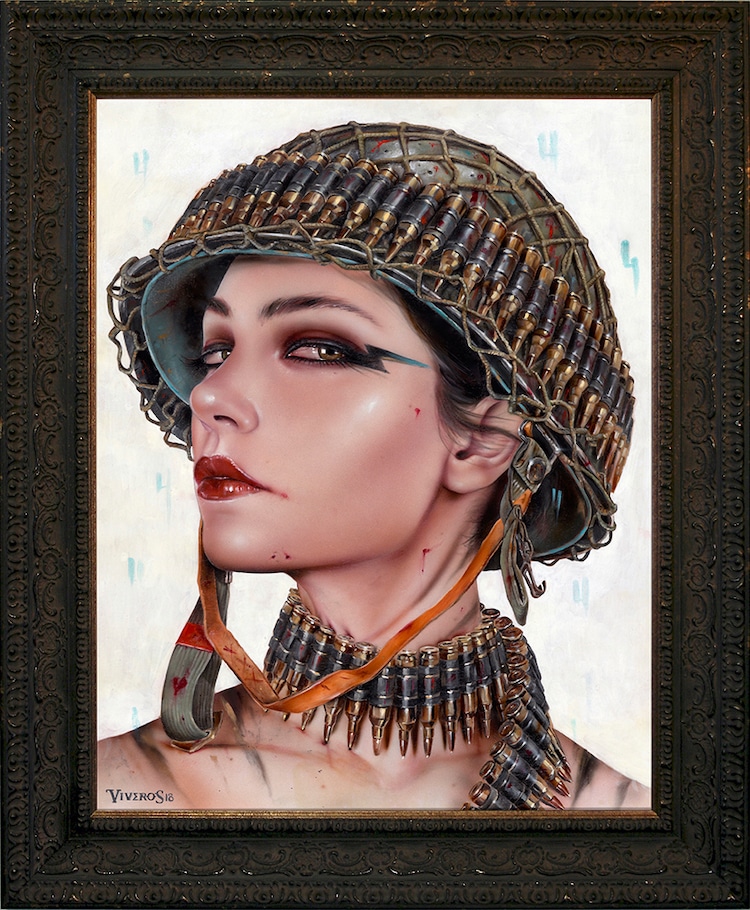 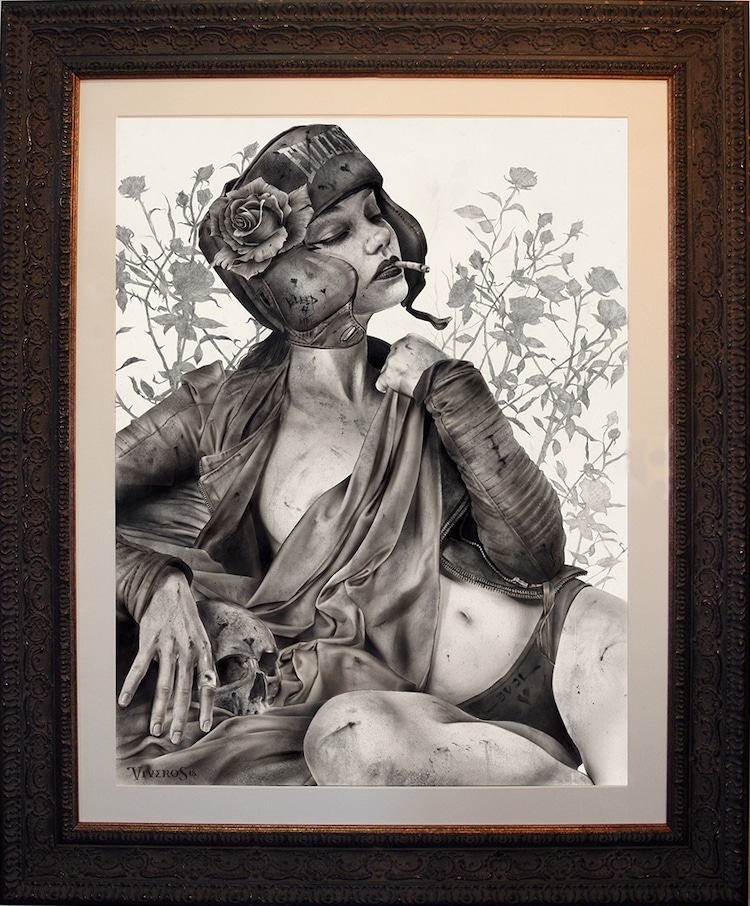 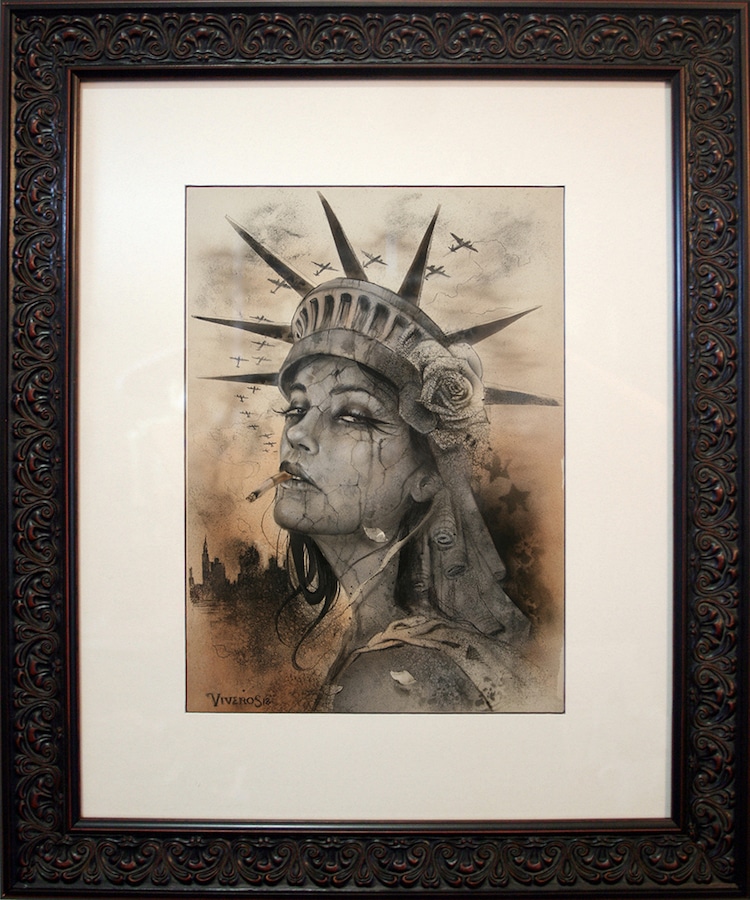 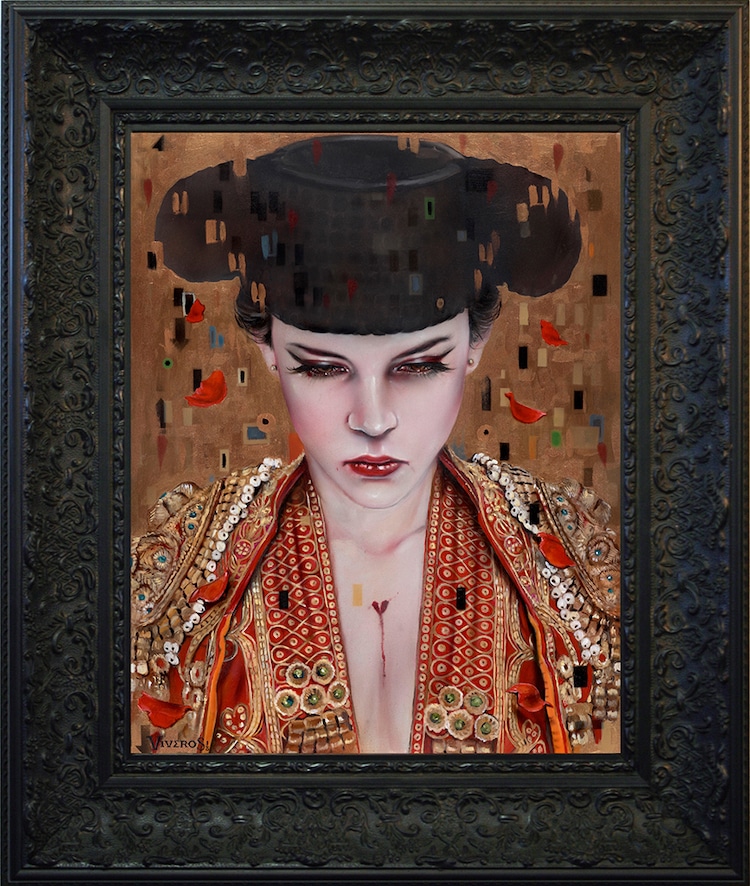 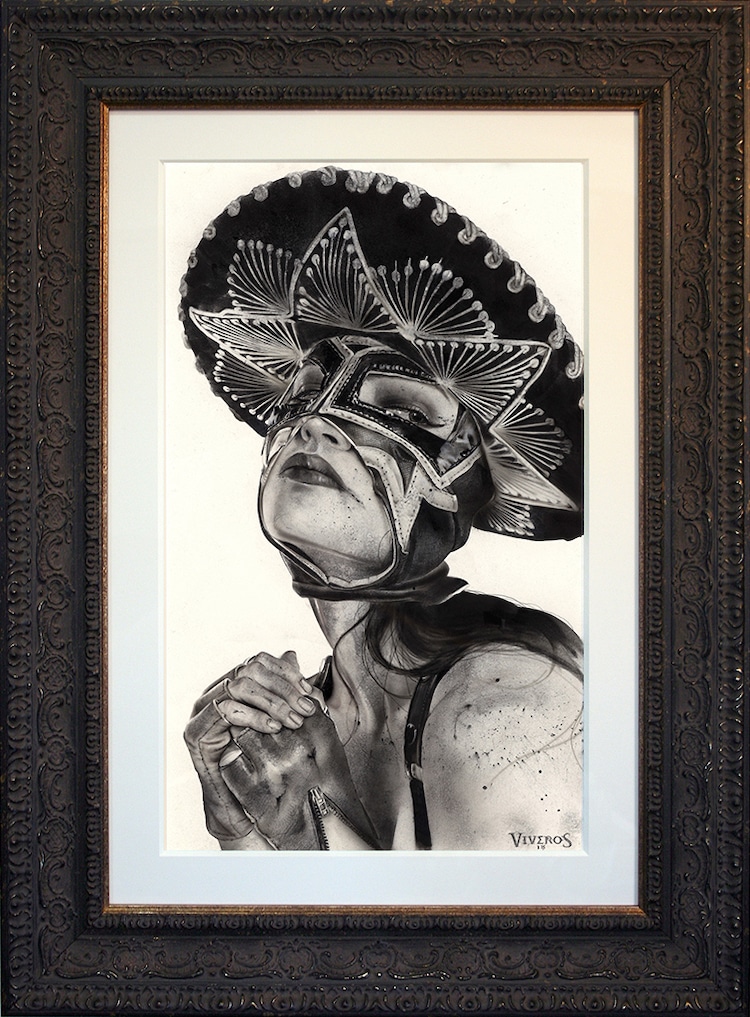 My Modern Met granted permission to use photos by Spoke NYC.

Interview: How One Artist Draws Millions of Dots to Create Amazingly Realistic Portraits