Burger King is Getting a Modern Make-Over 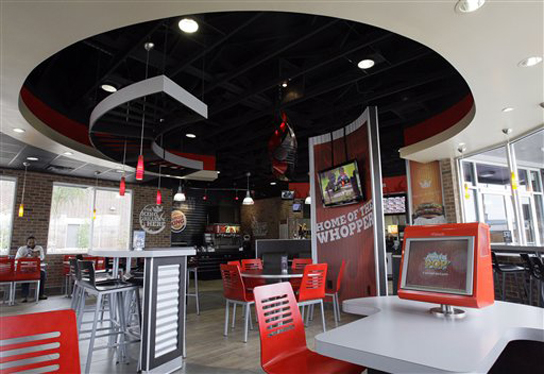 Bye bye generic fast food chain, hello modern mecca! As part of a plan to be revealed today in Amsterdam, the company will announce a massive effort to overhaul its 12,000 locations worldwide. Those bland tiles and tabletops are going to be traded in as Burger King looks to be more sit-down than drive-through. The concept, called 20/20, calls for a sleek interior including rotating red flame chandeliers, brilliant TV-screen menus and industrial-inspired corrugated metal and brick walls.

“I'd call it more contemporary, edgy, futuristic,” Chairman and CEO John Chidsey told The Associated Press. “It feels so much more like an upscale restaurant.”

“As we continue to grow and strengthen the brand worldwide, this new restaurant design exemplifies our vision for the brand's future and reinforces our goal of delivering superior products and positive guest experiences,” John Chidsey said. “Burger King has long been a destination for flame-broiled burgers, and the 20/20 design takes this distinction a step further by creating an exceptional and memorable dining environment that builds on our signature assets.” 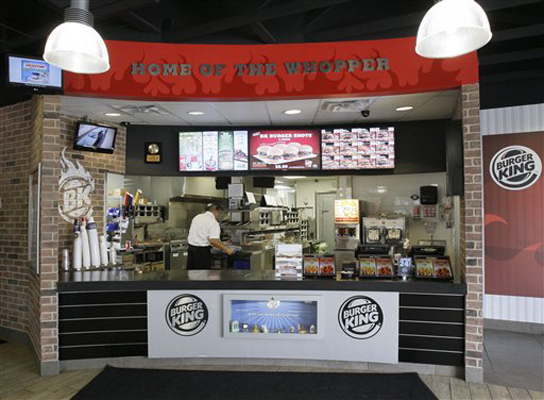 More than 60 restaurants have undergone the 20/20 redesign so far, in cities including Miami, Mexico City, Edinburgh and Shanghai. Additionally, more than 75 additional 20/20 restaurants are expected to be completed by the end of 2010 in London, Vancouver and Rome, among other cities. According to Burger King, the restaurant remodels have led to sales increases of 12 to 15 percent.

Observers say the hip, urban and masculine elements in the redesign may be a hit with Burger King's most loyal customers — young men who frequent the fast food joint. But others are skeptical about whether sales will climb as much as the company claims. 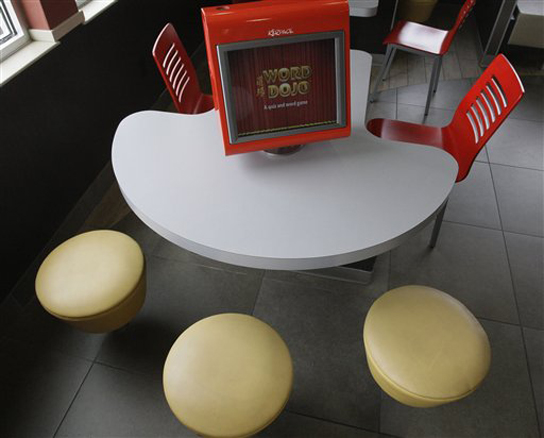 Ron Paul, president of the food consultant company Technomic Inc., said he thinks the redesign shows just how determined Burger King is to compete with “fast casual” restaurant chains such as Chipotle, Starbucks and Panera, which customers think of as a cut above typical fast food.

“People in the fast-food category are recognizing they've been losing customers to the fast-casual player,” he said. “What this sounds like is an attempt to get that dining-in business back by making it an attractive environment.”

What do you think of this idea? Is it time fast food chains appealed to our modern design sensibilities? Will it make you want to visit a Burger King more?