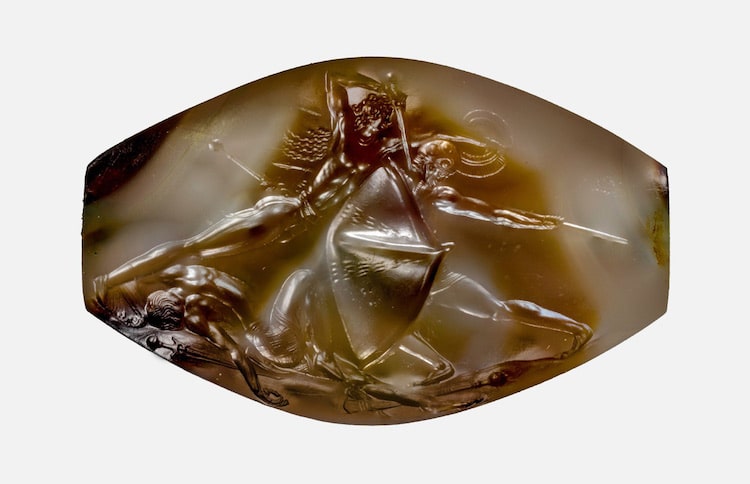 A new discovery by researchers at the University of Cincinnati is upending the way we think about the development of Western Civilization. More than one year after discovering the 3,500-year-old tomb of a Bronze age warrior in Greece, an incredible piece of carved stone could rewrite art history.

Known as the Griffin Warrior tomb, the Greek government hailed it as “most important to have been discovered in 65 years.” Located in Pylos, Greece the tomb dates to about 1500 B.C., right around the time that the Mycenaeans overtook the culturally dominant Minoans, who were based on the island of Crete. The tomb was filled with riches, but perhaps its most spectacular find took longer to emerge.

The Pylos Combat Agate is a miniature stone carved with a deft hand that shows incredible skill. It took conservationists more than a year to clean the limestone-encrusted seal to unearth the incredible imagery of a warrior in battle. Etched on a piece of stone just over 1.4 inches (3.6 centimeters) long, some details are so small they require a microscope to view. 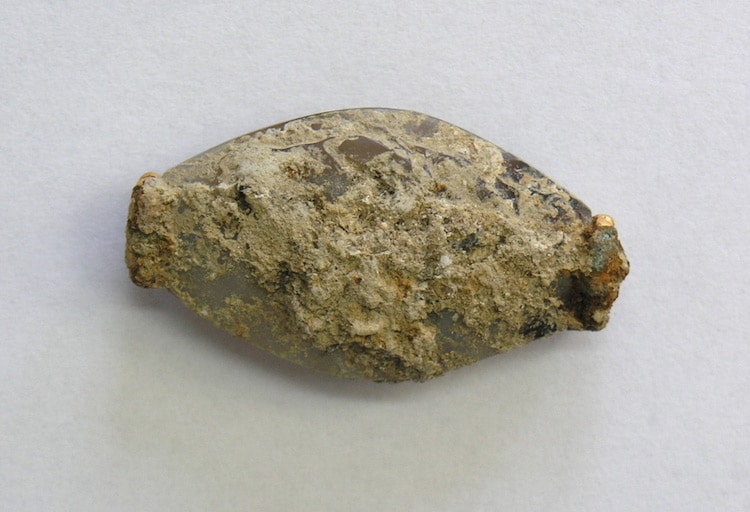 “What is fascinating is that the representation of the human body is at a level of detail and musculature that one doesn’t find again until the classical period of Greek art 1,000 years later,” shares Jack Davis, the University of Cincinnati's chair in Greek archaeology and co-project director on the excavation. “It's a spectacular find.”

Sharon Stocker, who directs the project with Davis, and is a senior research associate in the university's Department of Classics, concurs. “Looking at the image for the first time was a very moving experience, and it still is,” says Stocker. “It's brought some people to tears.”

But just why is this miniature masterpiece such an important find? Scholars have commonly thought that the Mycaneans simply appropriated iconography from Minoan culture, but the Pylos Combat Agate, combined with other artifacts found in the tomb, point to a greater cultural exchange that previously believed. 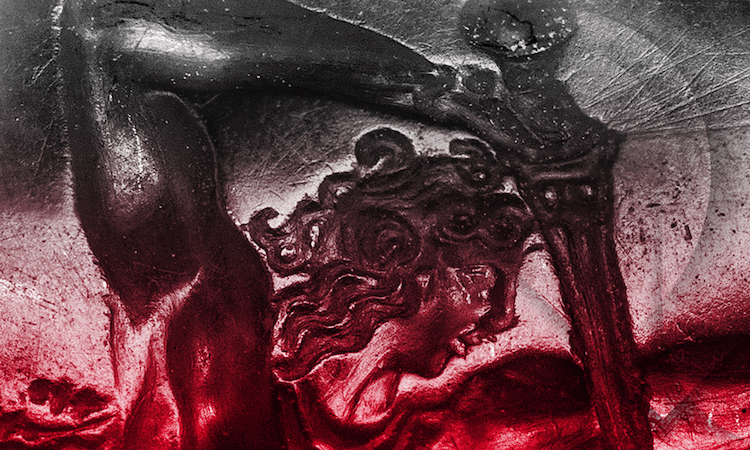 And due to the rich anatomical details and refined skill of the seal, art historians must re-evaluate their timeline for how Western art developed. Greek art is broken into a distinct timeline, with famous sculptures like the Nike of Samothrace coming during the 4th-century BC Hellenistic era, the apex Greek artistry.

Instead, the Bronze Age, during which the spoils found inside the Griffin Warrior tomb were produced, is known for much less refined artwork. But now, the seal could completely change how prehistoric art is viewed.

“It seems that the Minoans were producing art of the sort that no one ever imagined they were capable of producing,” shares Davis. “It shows that their ability and interest in representational art, particularly movement and human anatomy, is beyond what it was imagined to be. Combined with the stylized features, that itself is just extraordinary.” 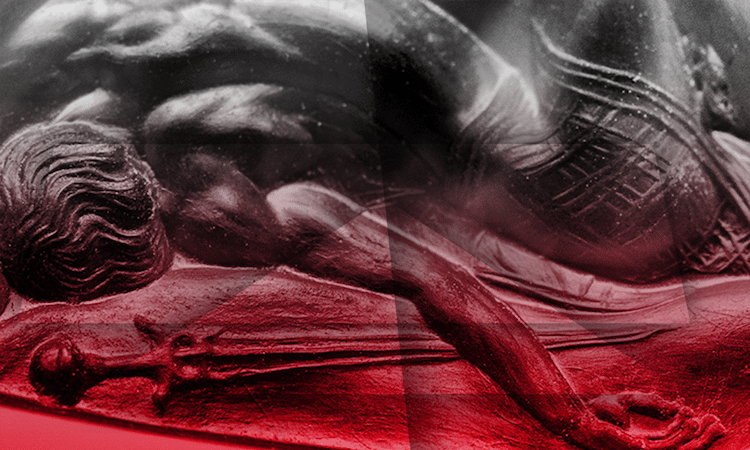 All images via the Department of Classics, University of Cincinnati.