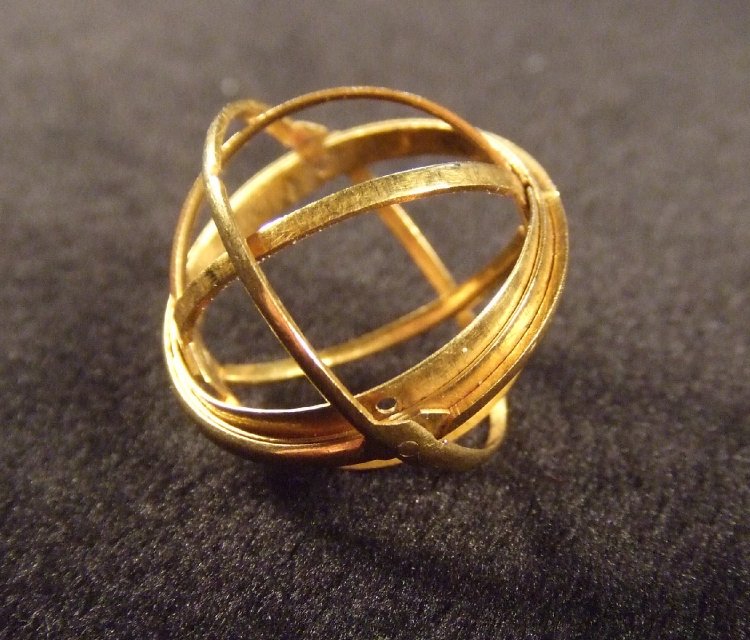 What if you could wear the entire universe on your finger?

Since ancient times, astronomers around the world have used models of the sky to make calculations. With the advent of the armillary sphere, stargazers were given a physical model to better visualize the lines of celestial longitude and latitude. Created independently in ancient Greece and ancient China, these armillary spheres consisted of spherical rings centered on either the Earth or the Sun. During the 16th and 17th centuries, these astronomy tools were sized down to become fashionable finger rings that moved just like regular armillary spheres.

The British Museum has a collection of several armillary sphere rings that are incredibly well-crafted and detailed. When closed, they look like any other ring, but as the different bands are fanned out, the rings take on a unique quality. Built with anywhere between two to eight moving bands, these intricate pieces of jewelry would need to have been executed by skilled craftsmen.

While the rings were sometimes plain, others had inscriptions or signs of the zodiac placed in enamel around the bands.  According to the jewelers at Black Adept, these folding rings were popular through the 19th century as either a way for the wearer to show off their education or as a token of faith. The use of soft high alloy gold made them particularly prone to wear and tear, which is why the British Museum's examples are so precious.

If you are fascinated by these foldable rings and want your own mini-armillary sphere, Brooklyn-based Black Adept offers both 3-band and 4-band armillary rings in a variety of materials. 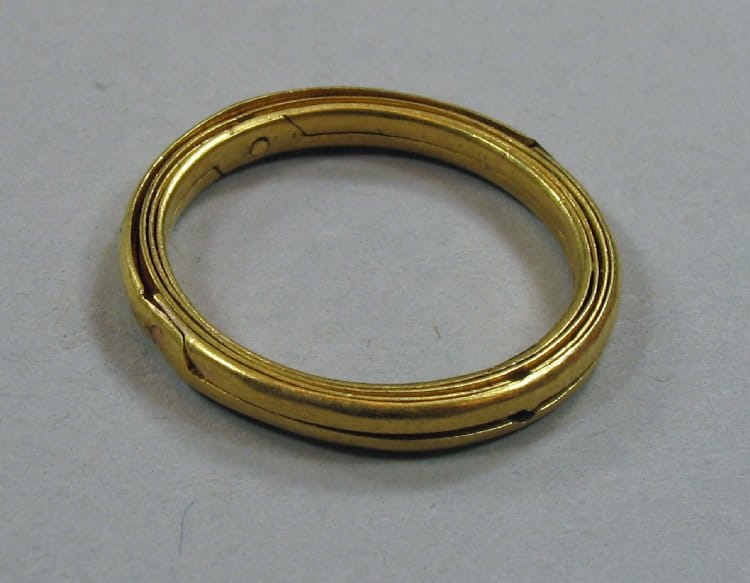 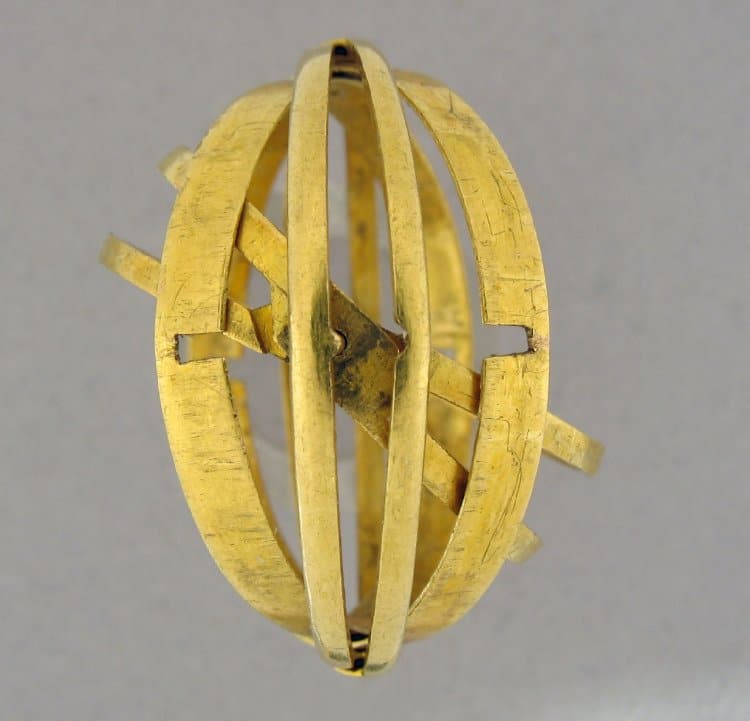 Used by astronomers to study and make calculations, these pieces of jewelry were considered tokens of knowledge. 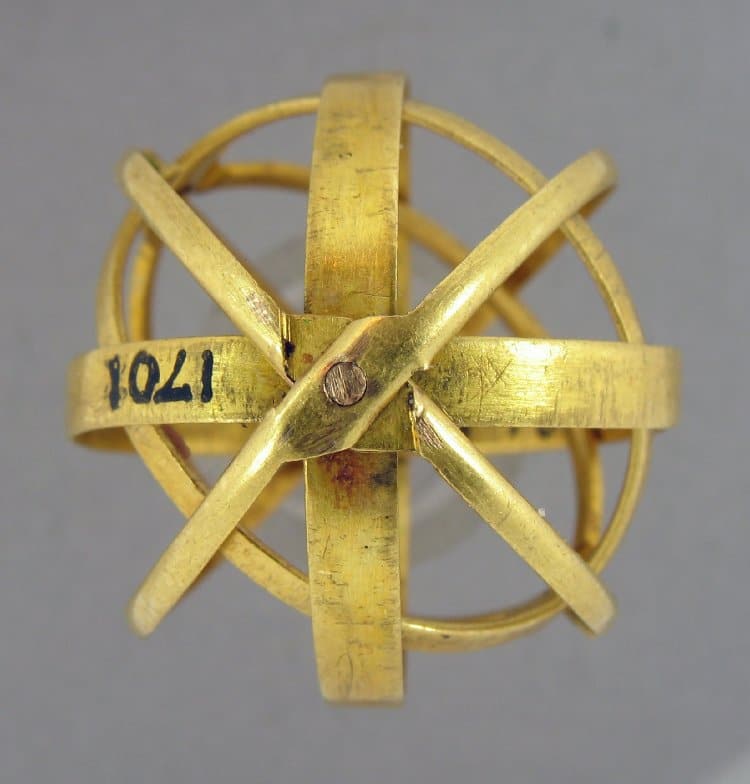 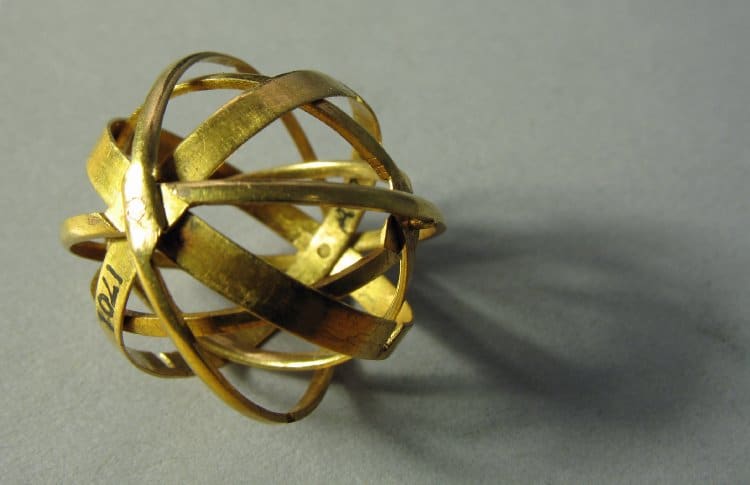 Inscriptions or zodiac symbols were often used as decorative elements on the bands. 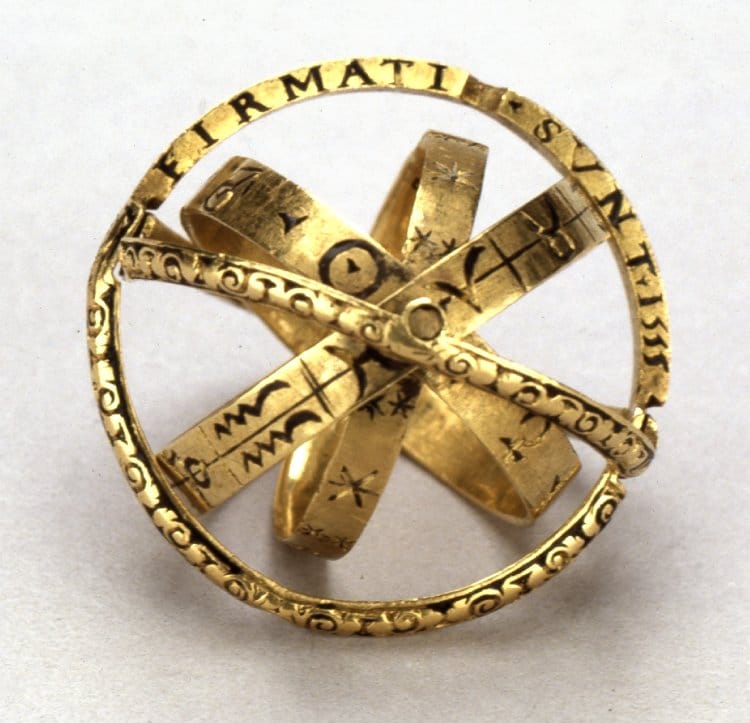