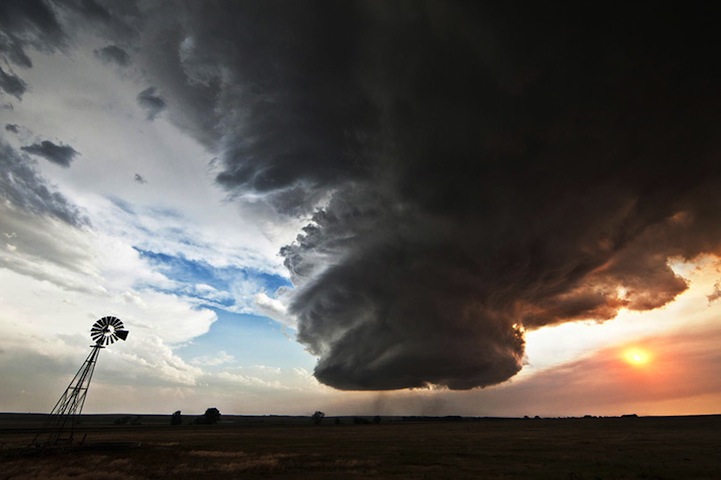 American photographer Camille Seaman has spent a lot of time exploring the world and finding connections between humans and nature. Many of her works evoke an emotional relationship between the viewer and the dramatic moments captured within the natural world. The Big Cloud series features a handful of storms, specifically called supercells, that Seaman has chased throughout the middle part of the United States, ranging from Texas to North Dakota. While most of us would be turning and running in the opposite direction from these dark and gloomy skies, Seaman puts herself at high risk in order to document the dusty winds stirring right before her–and now our–eyes.

The series features gorgeous textures, vibrant colors, and a swirl of motion in the ominous upper atmosphere. As you view the images, you may feel conflicted by the dangerous tones that emanate from each photograph. First, natural instinct provokes a desire to run from danger, but, almost immediately following those feelings of fear, viewers will become consumed by the power of this natural phenomenon. Seaman acts as an eyewitness for us, protecting us from the unpredictable weather while at the same time exposing us to intense, natural wonders.

The fine art of capturing a swirling storm before it overpowers the camera is not a skill that is bestowed upon all of us. In addition to Seaman, photographer Mitch Dobrowner is also inspired by the changing beauty of storms. If you enjoy these, you may want to take a look at these stormy black and white landscapes. 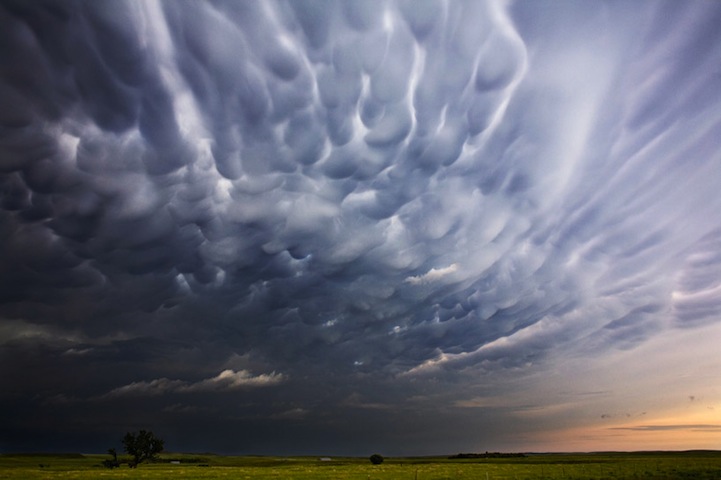 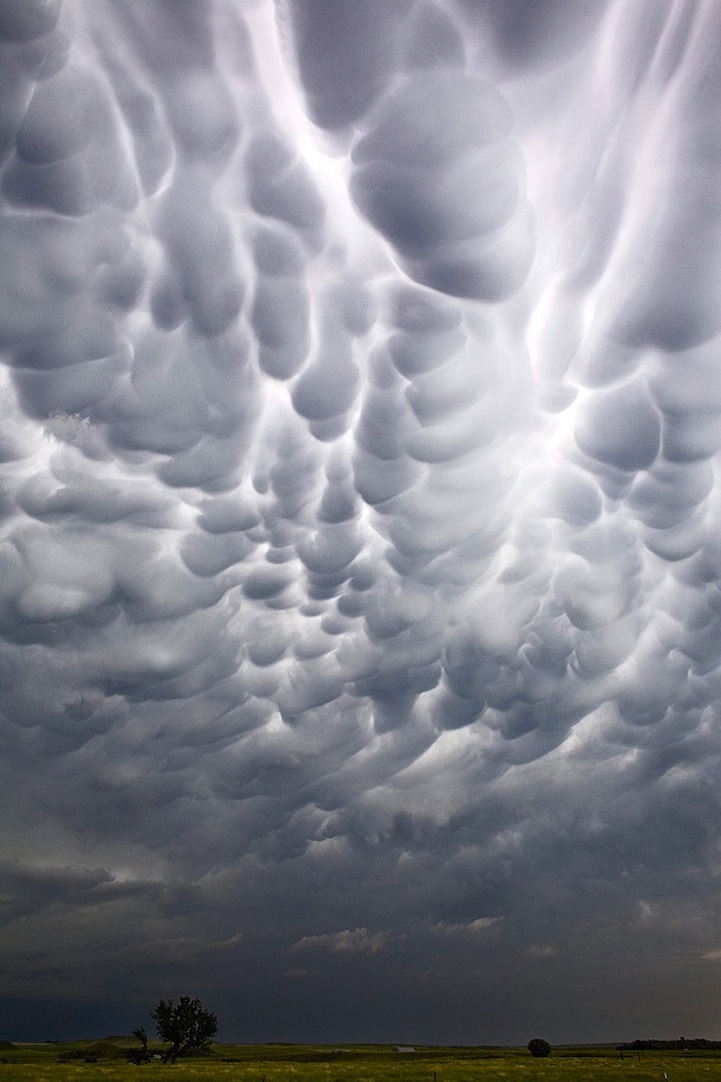 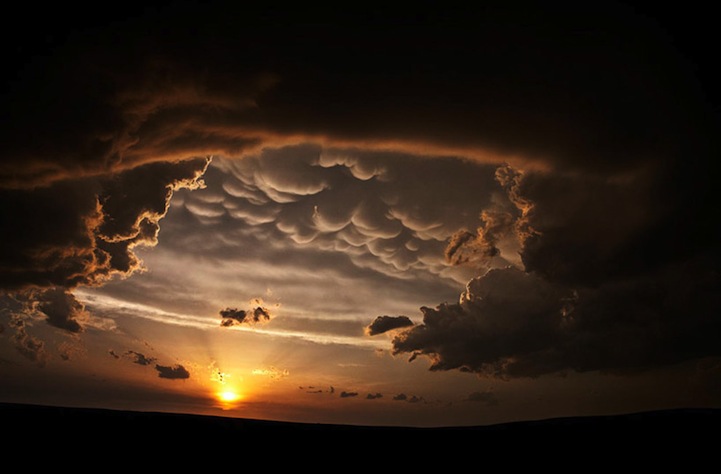 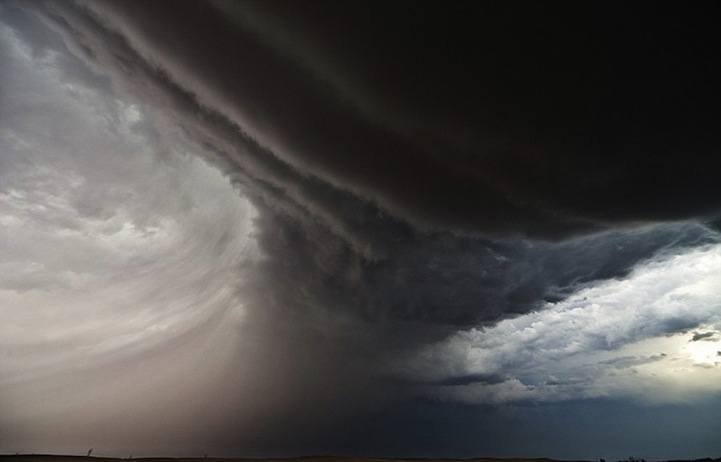 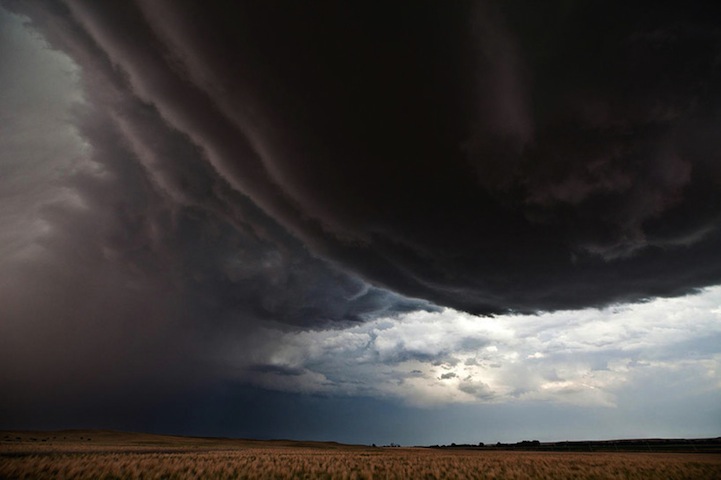 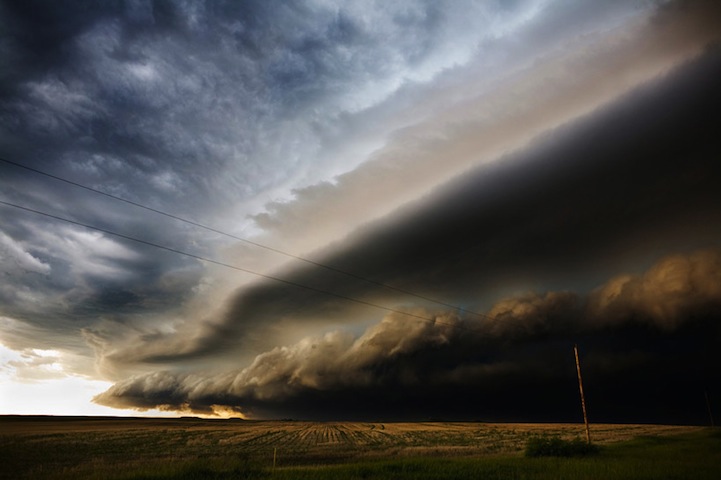 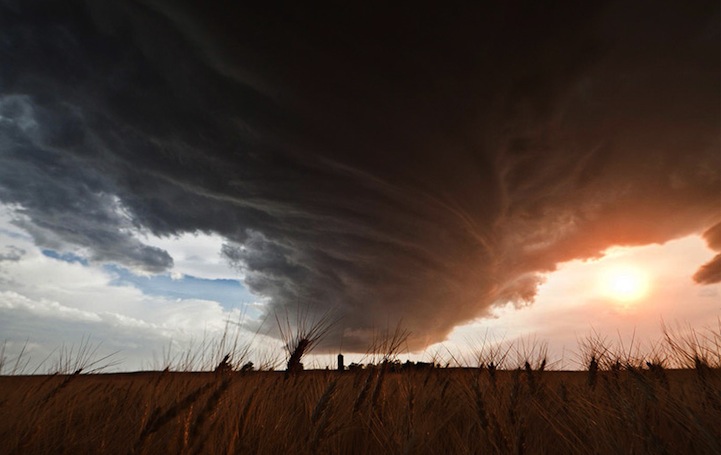