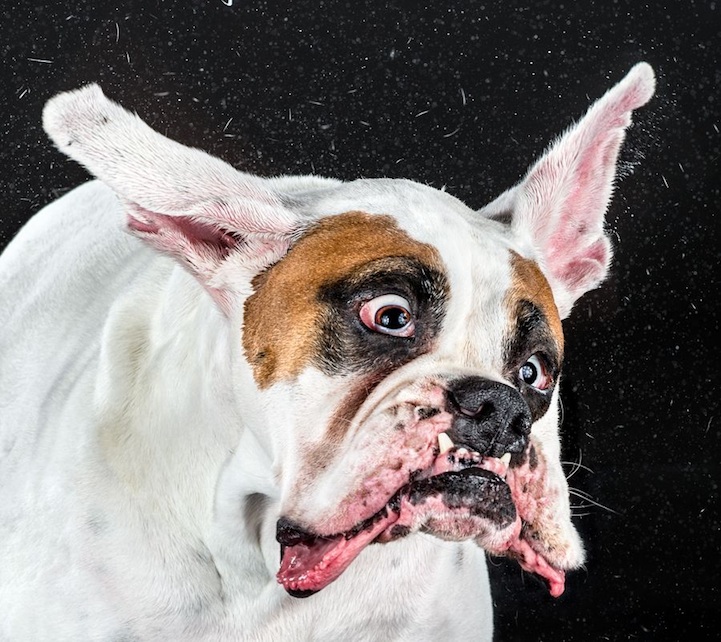 Our friend and photographer Carli Davidson has just released a brand new book that features her signature series Shake, a fun collection of images of dogs caught mid-shake. Using high-speed photography, Carli captures dogs as they're shaking off water, but it's their expressions that make this series truly priceless. As she describes, they're “images of man's best friend caught in contortion: hair wild, eyes darting, ears and jowls flopping every which way.”

In 2011, Carli was contemplating the idea of developing a whole series when she decided to post just a few pictures of dogs shaking online. (Fun fact: It was all inspired by her own dog Norbert, whose drool she regularly cleaned off walls due to his own frequent shaking.) She could have never have guessed, back then, that they would eventually become such a huge sensation, first online and then in print media. Her photos quickly made their way around as millions of people saw them on blogs, in newspapers and in magazines. As she says, “My work has popped up in The New York TImes, National Geographic, Rolling Stone, The Huffington Post , Slate, Animal Planet, and a whole slew of other amazing places.”

To create this book, Carli enlisted the help of 100 adorable dogs of which 61 were selected. Inside, you'll find two side-by-side photos of each of the 61 dogs as they're flipping every which way. Here's a selection of what you can expect to find, courtesy of the photographer. (Also, check out the fantastically funny video, below.) 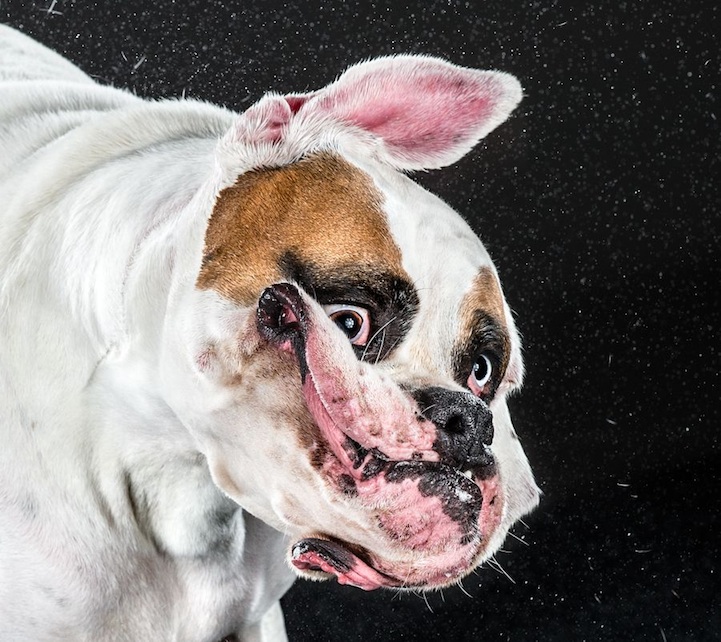 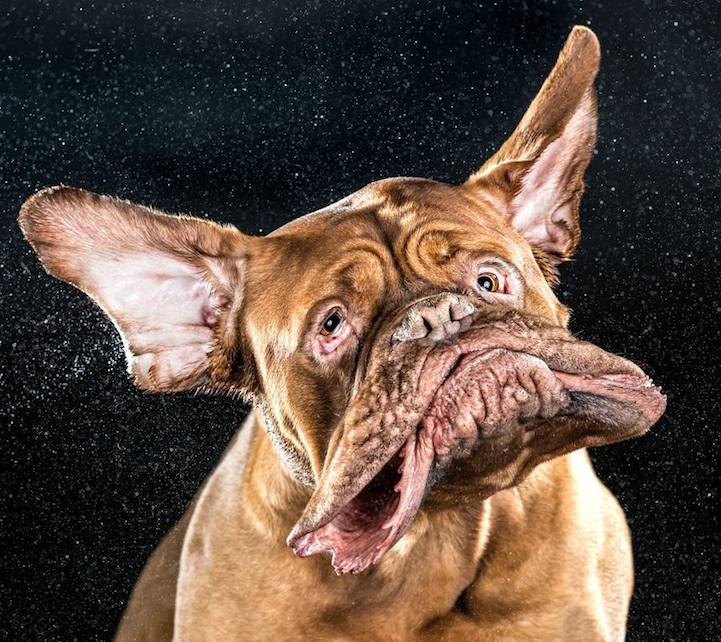 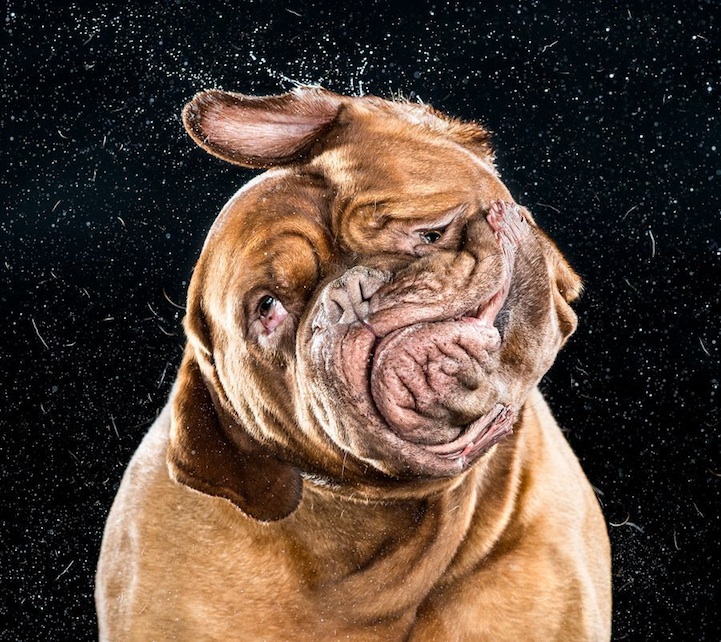 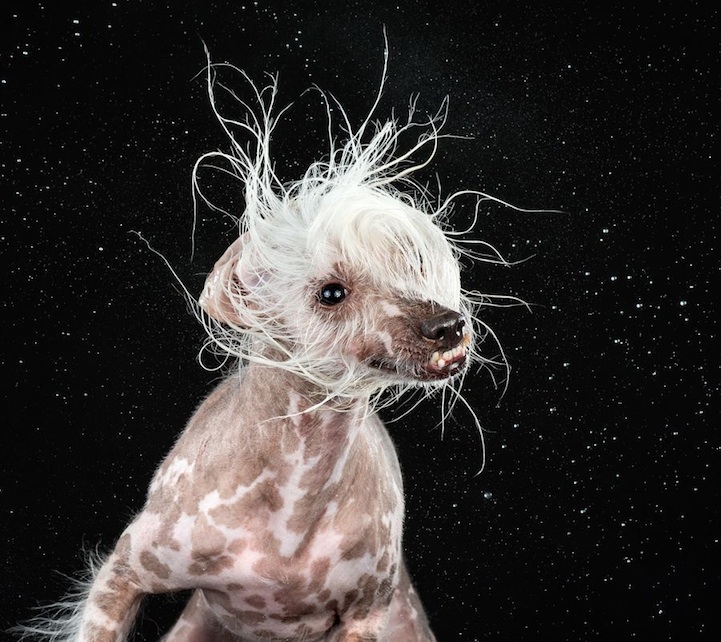 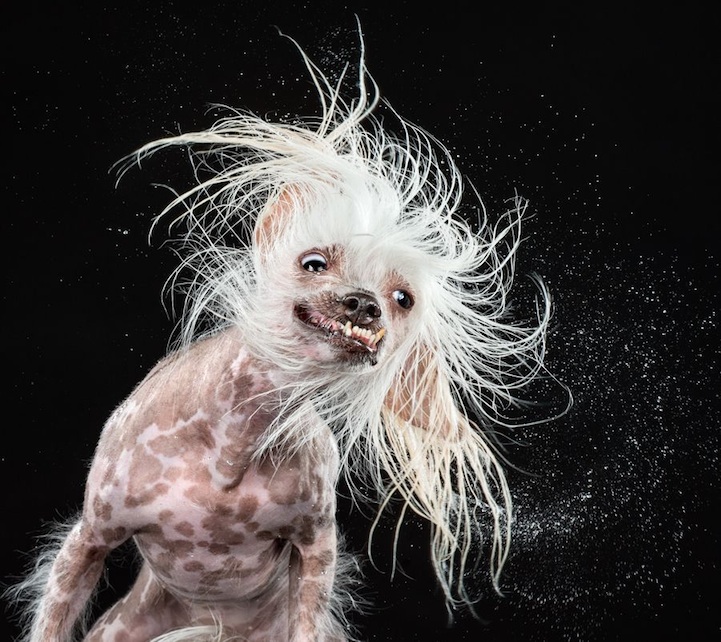 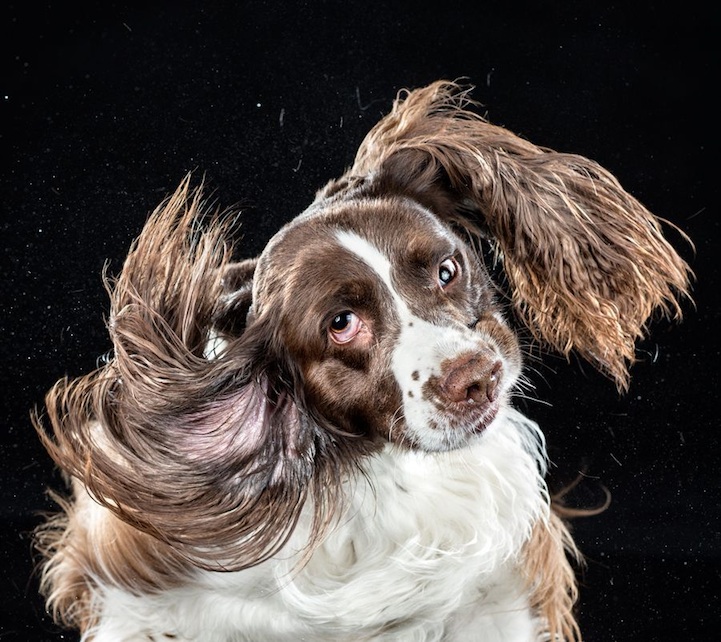 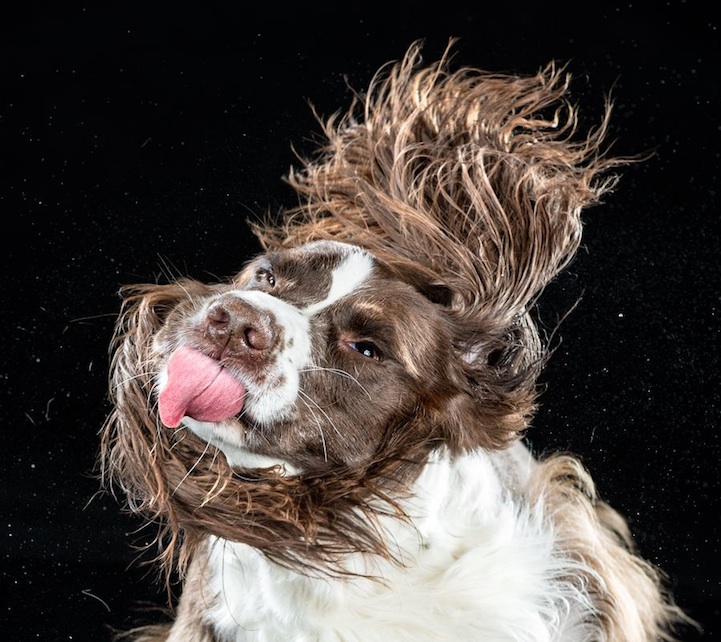 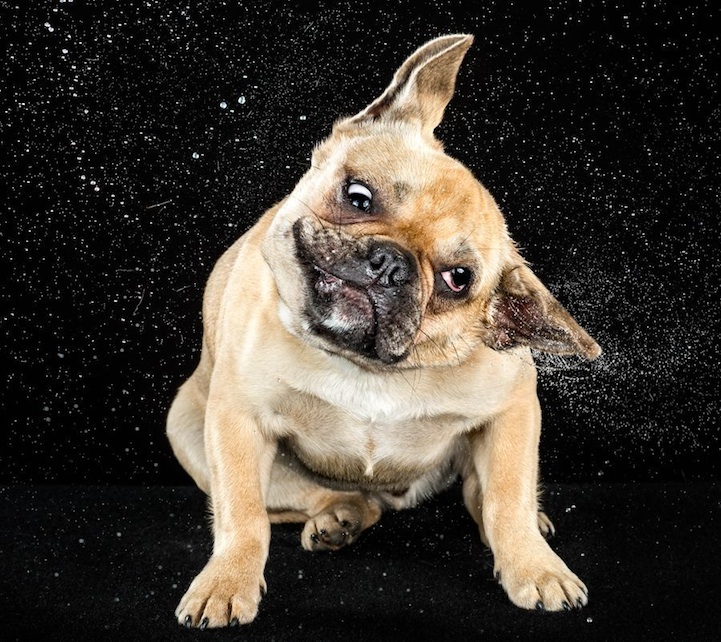 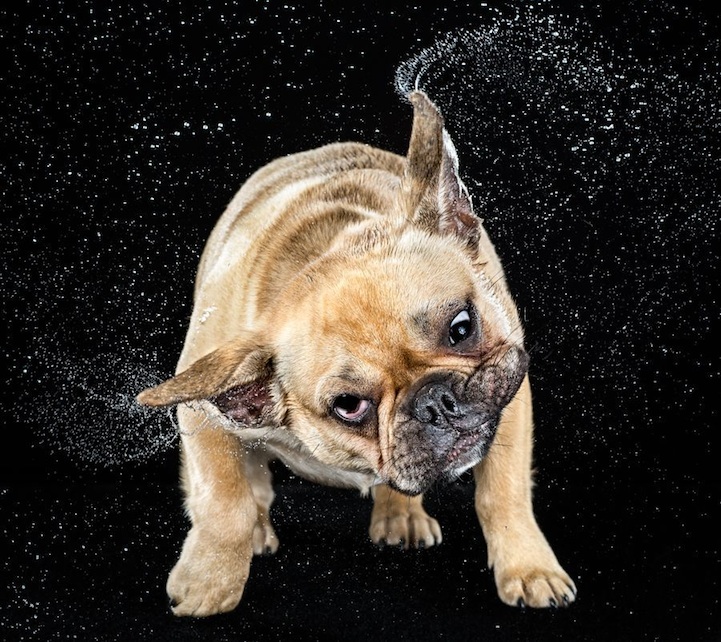 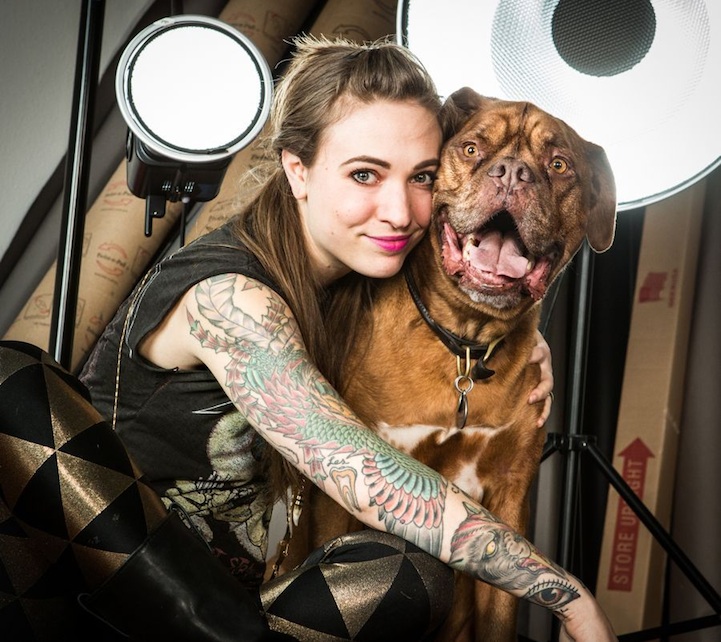 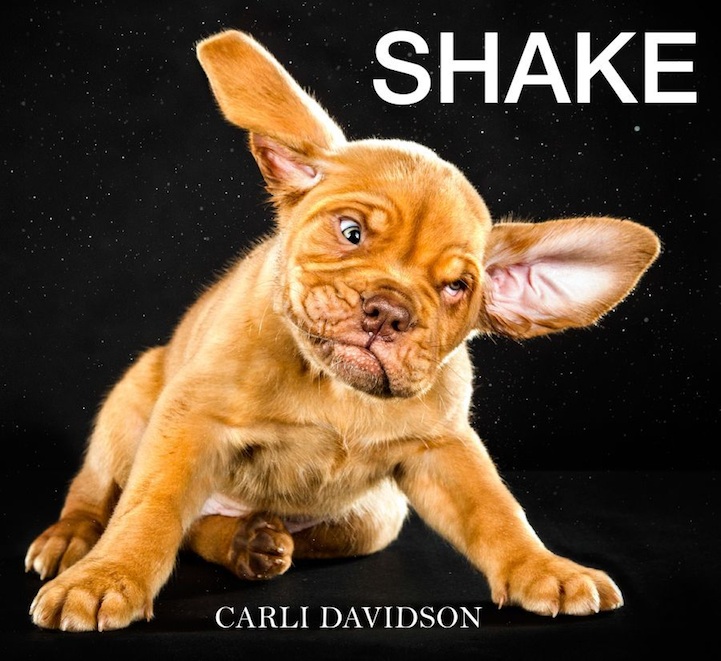 SHAKE from Variable on Vimeo.

Starting today, you can buy the 144 page book on Amazon as well as a number of other places. (A big congrats to Carli on completing such an awesome endeavor!)