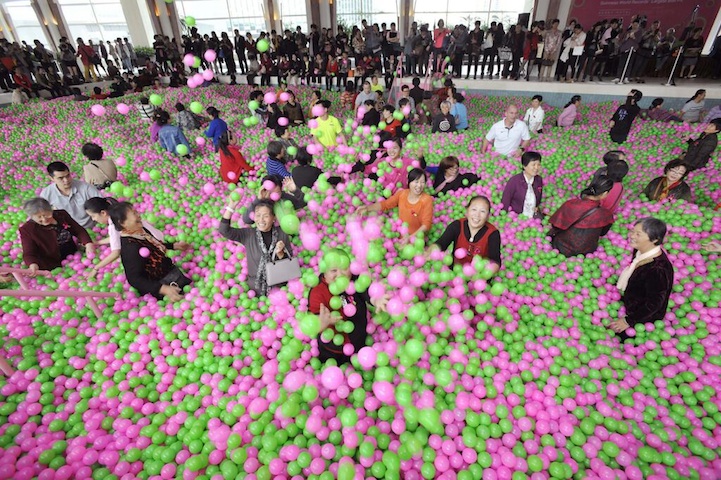 How can these pictures not make you happy? On October 30, Kerry Hotel in Pudong, Shanghai attempted to create a Guinness World Record of the World's Largest Ball Pit. Part of the “Pink October” campaign, an event aimed at raising awareness of breast cancer prevention, a whopping 1 million pink and green balls filled a swimming pool that was 82 ft long by 41 ft wide (or 25 meters by 12.6 meters). We're happy to report that the giant ball pit broke the world record!

More than that, check out the look on some of these people's faces! According to the hotel, 300 of the guests were recovering cancer patients volunteered from the Shanghai Cancer Recovery Club.

See photos of the giant ball pit below. 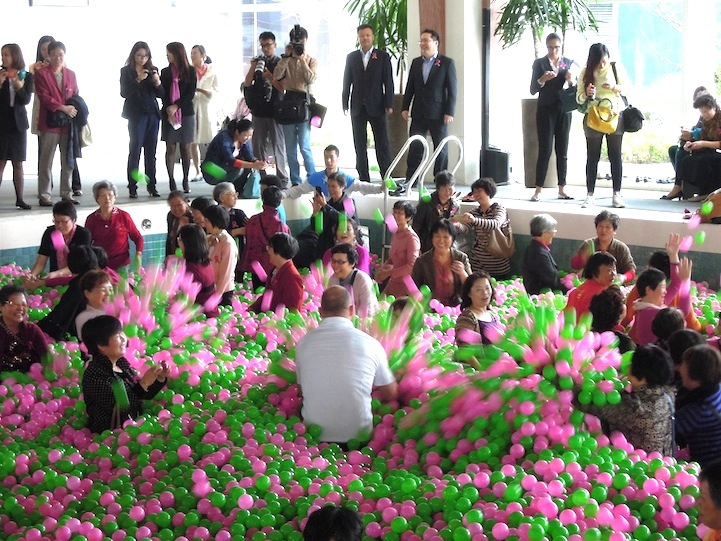 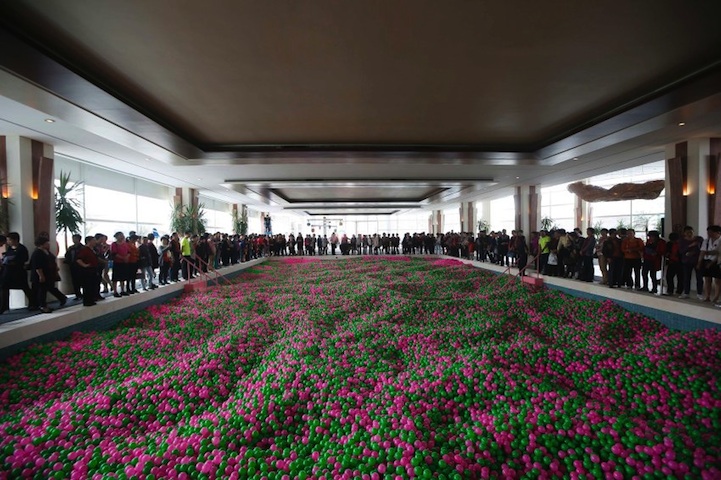 The pool was described by Kerry Hotel General Manager Peter Clarke as being filled with “one million wishes,” as many of the balls had hand-written wishes on them. One even read, “No hungry children.”