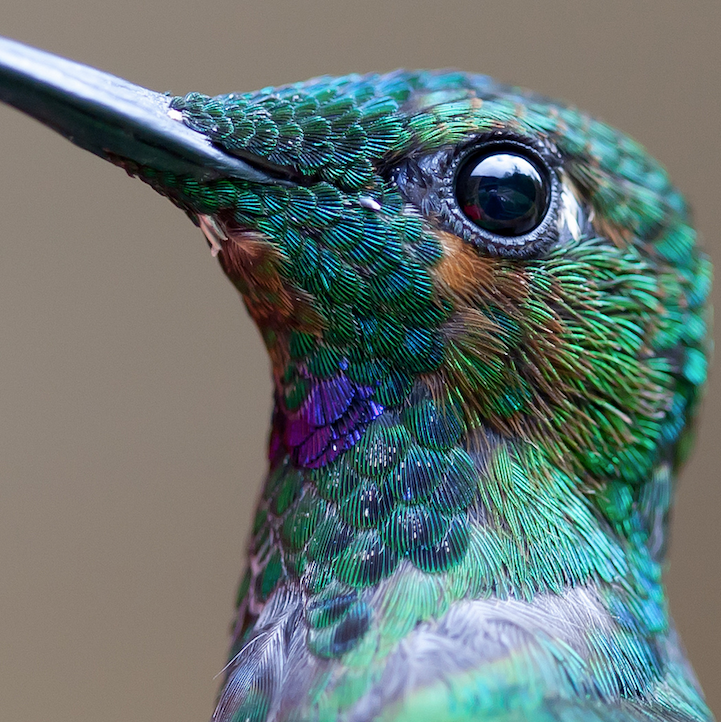 Hummingbirds are notorious for flapping their wings so incredibly fast that they create an audible hum and appear as a blur of feathers right before your eyes. To inspect the beauty of such a tiny creature is near impossible when the birds are zipping quickly through the air. However, during a trip to Costa Rica, Scotland-based photographer Chris Morgan demonstrated an incredible passion for documenting the unique birds through his lens.

With a lot of patience, Morgan photographed the dazzling details of many hummingbirds from quite close up. His images feature the amazingly sharp details of eyes, beaks, and layers of bright, iridescent feathers, and viewers can actually stare directly into the large, shiny black eye of a single bird.

“The hummingbirds were so tempting to photograph to the point of madness!” said Morgan. “It took a while to be able to get any shots of one. In the space of an hour I took nearly a thousand shots. A good proportion were excellent out of focus pictures of bushes with no birds to be seen! But I really felt my abilities improved over the hour. Nothing like a bit of practice.” 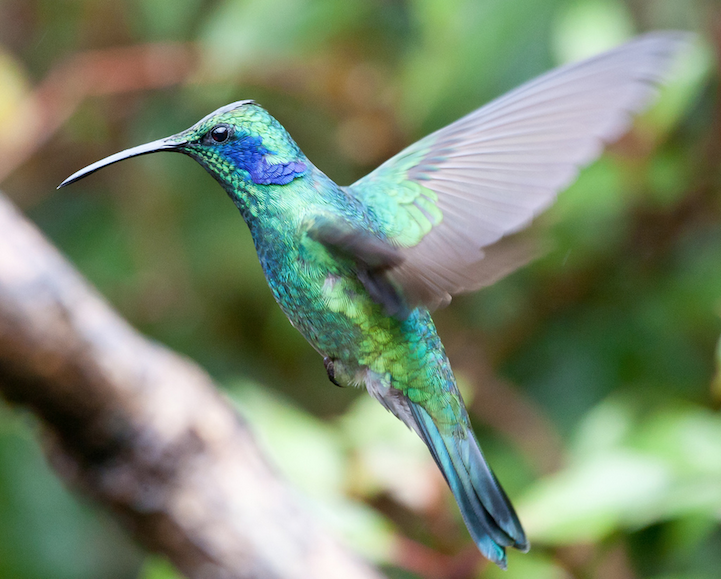 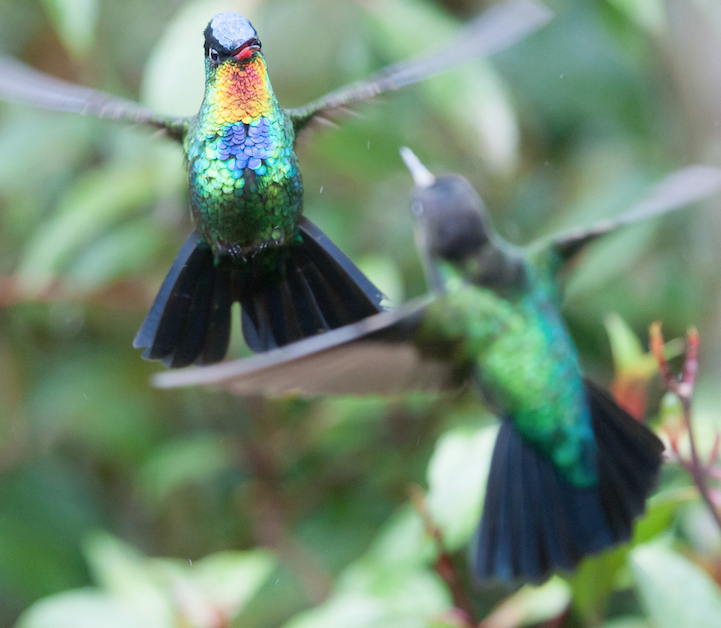