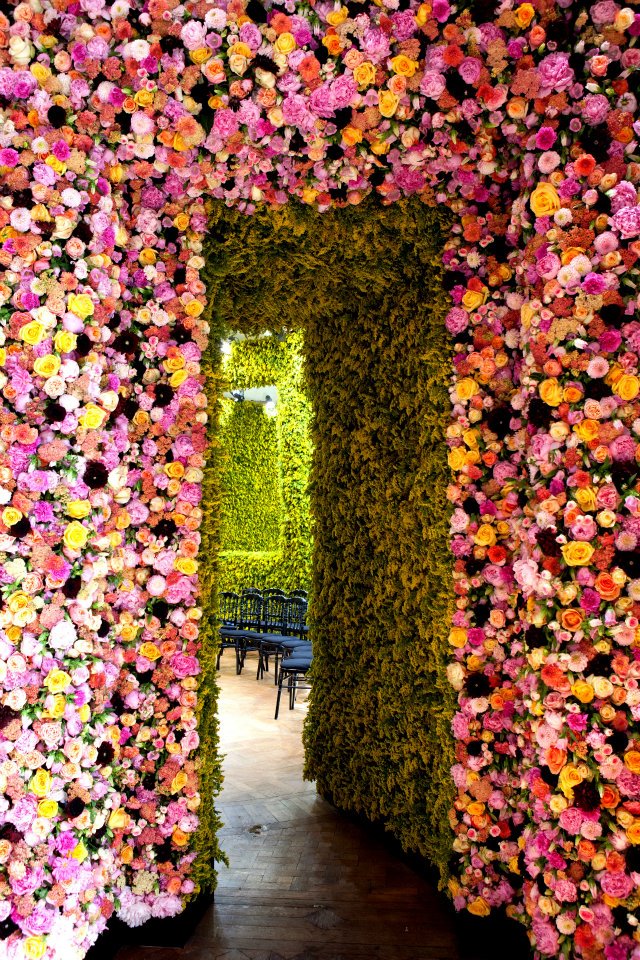 At Christian Dior's Autumn/Winter 2012 Couture show, its new creator director, Belgian designer Raf Simons, made his grand debut even before one model walked down the runway. By decorating five grand rooms inside a Parisian mansion with one million real flowers, he was showing how he would bring a fresh and modern approach to the French fashion house. The rooms were covered from floor to ceiling in a solid tapestry of flowers which included blue delphiniums, white orchids, pink peonies and a wide range of colored roses. For the most part, only one type of flower in a single color was used in each room. The blooms were meant to pay homage to Christian Dior's “Flower Woman” and show us his love and passion for flowers and gardens. Said Simons, the flowers are “almost a metaphor for the collection as a whole.”

“I wanted it to be linked to the codes of Christian Dior – but to make it dynamic, modern, energetic,” the designer told The New York Times, explaining his own historic/modern approach to the line. Make sure to watch the video to see how this incredibly fragrant, show-stopping set all came together. 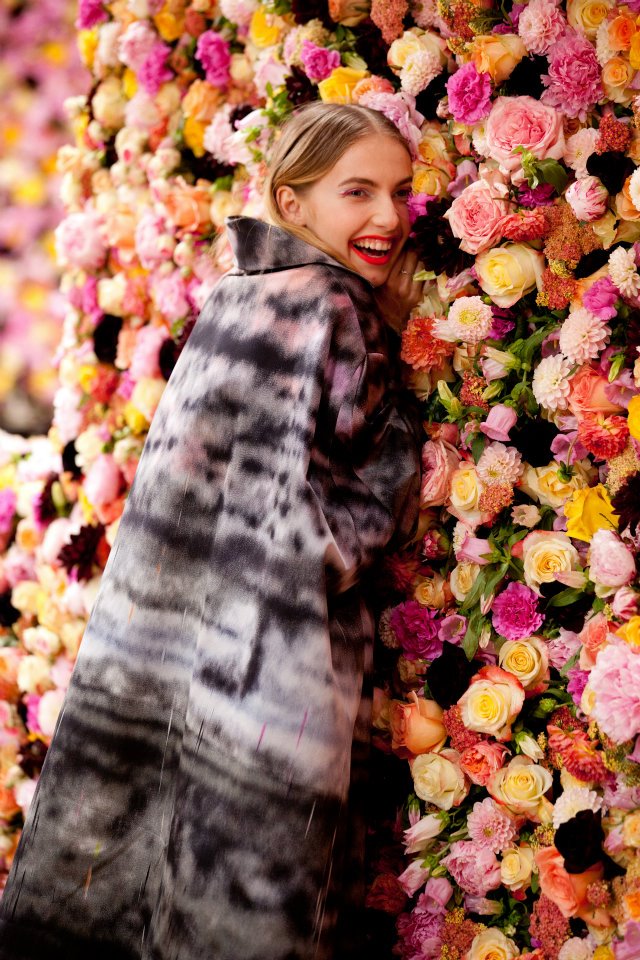 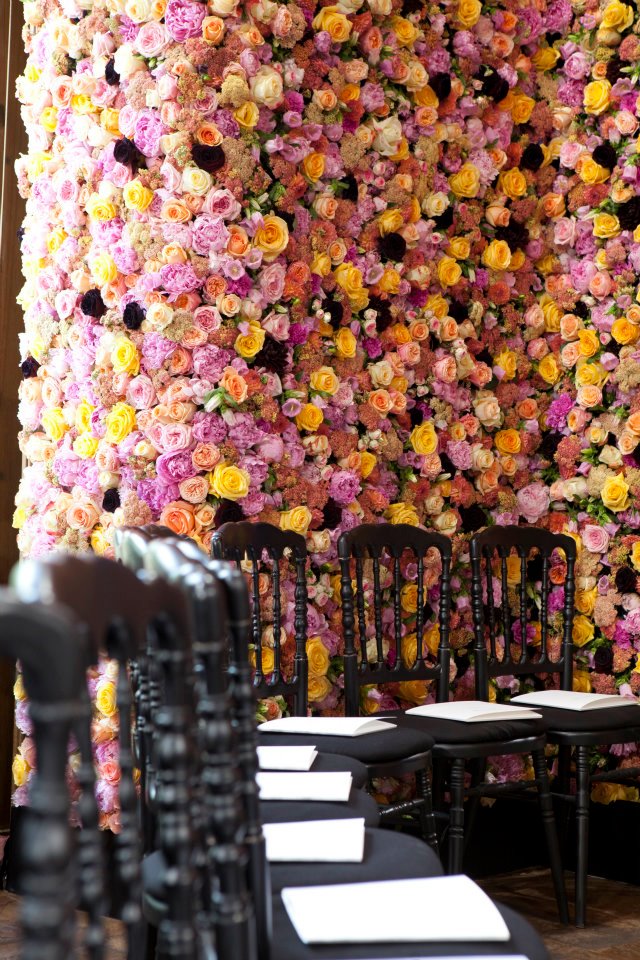 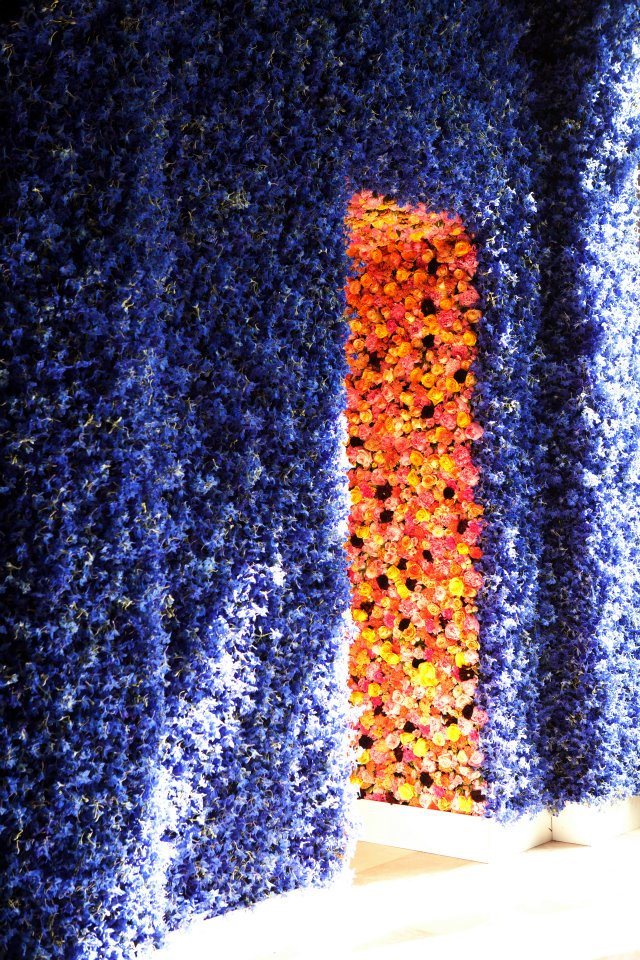 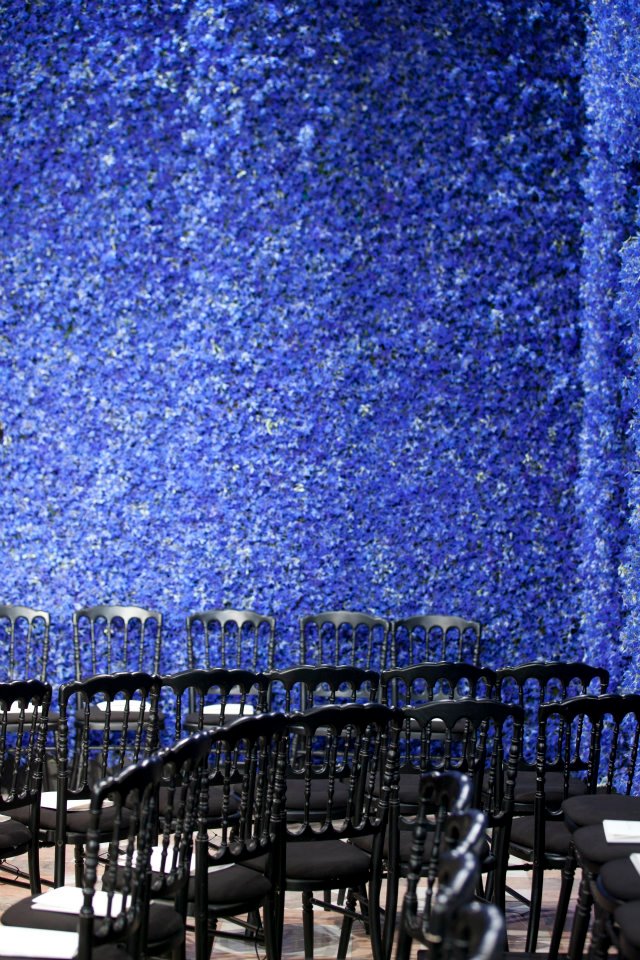 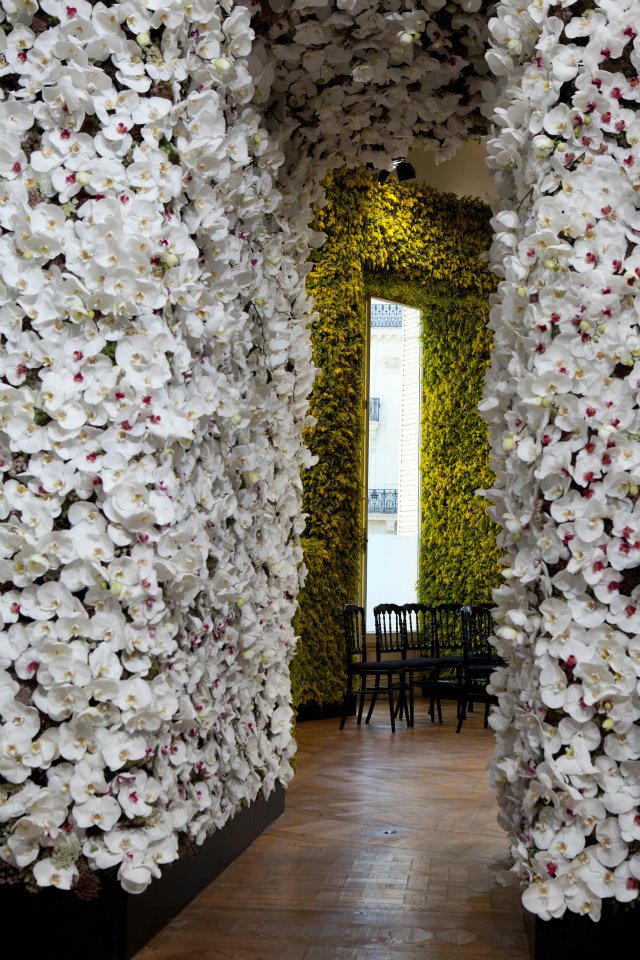 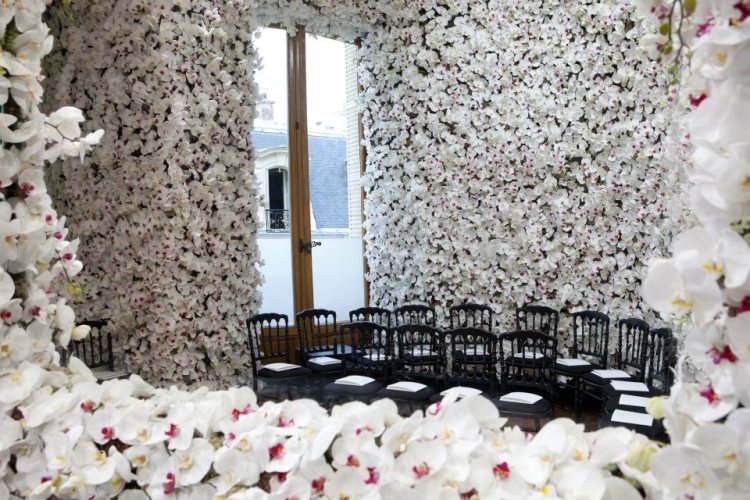 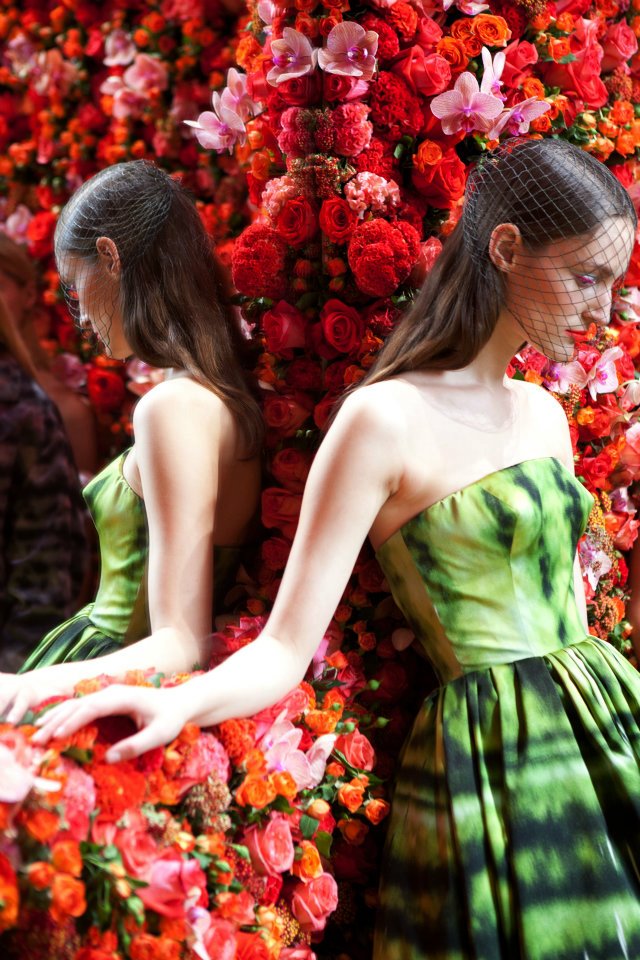 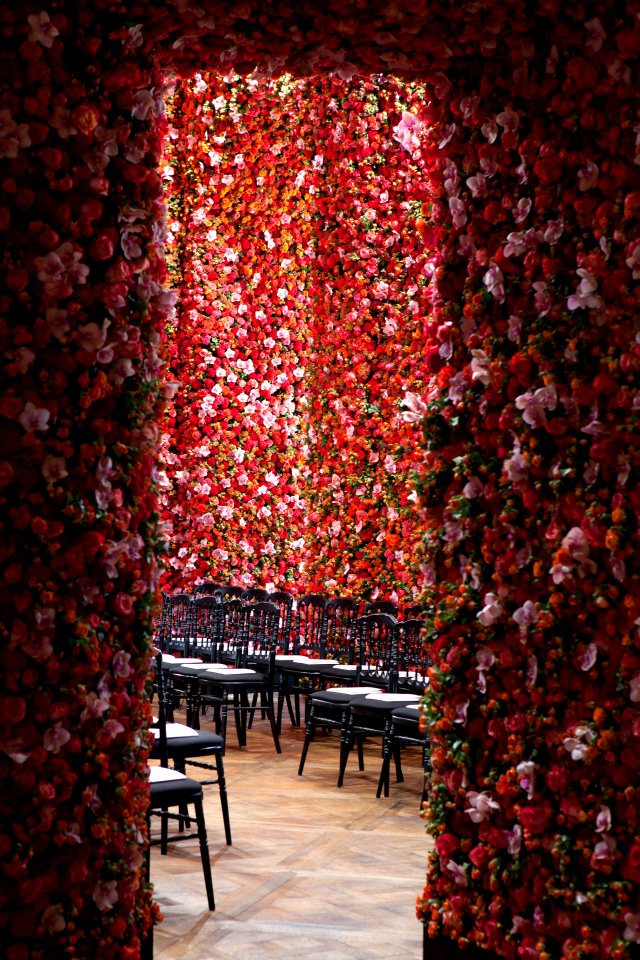 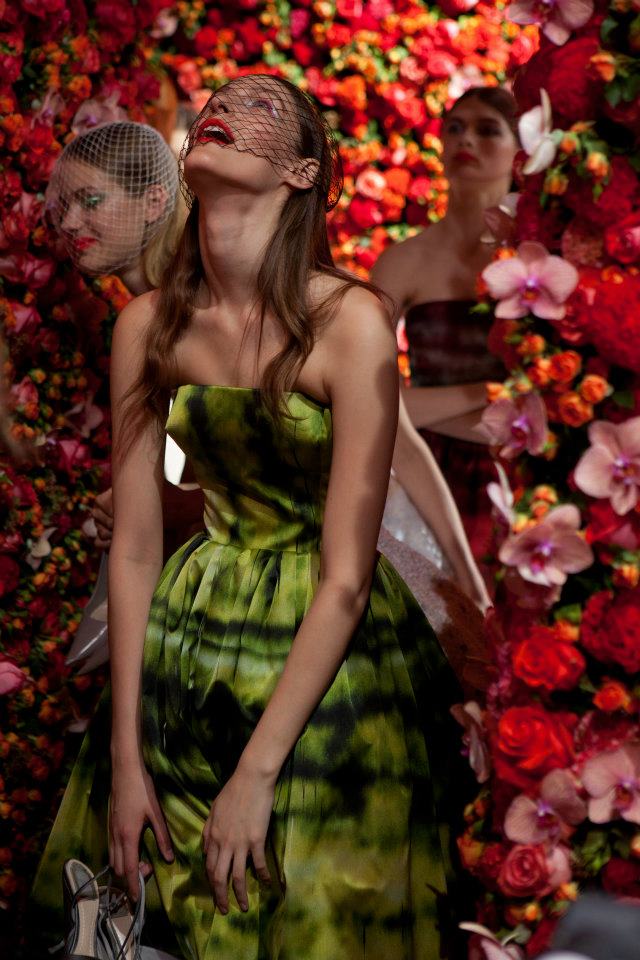 via [The House That Lars Built, NY Times]