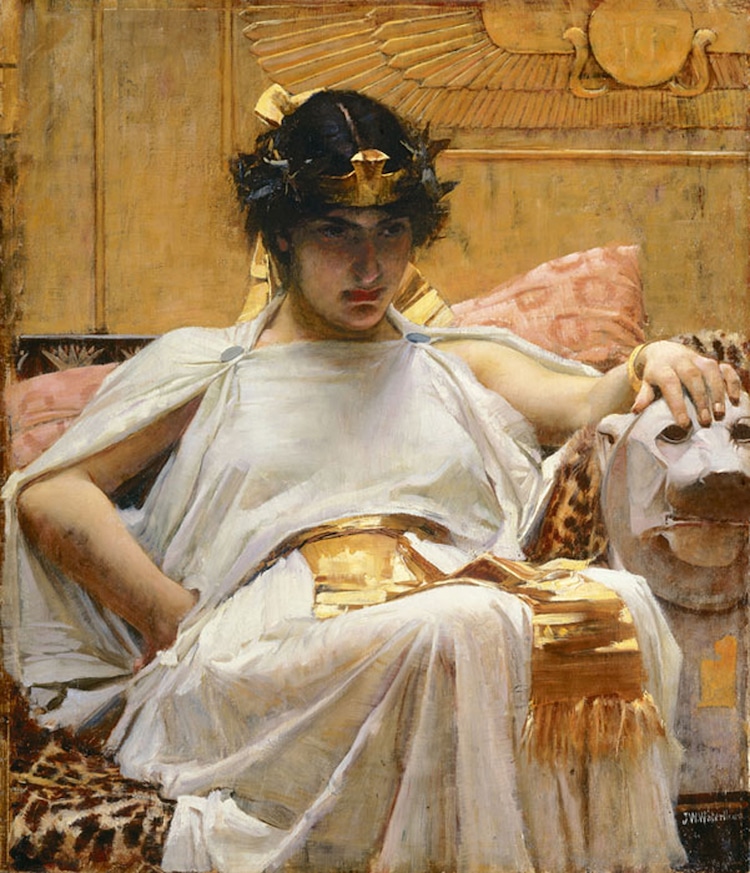 Cleopatra VII died more than 2,000 years ago, but she remains one of history’s most intriguing women. Famous for her beauty and intellect, the Egyptian queen had a short but scandalous life that has inspired many works of art, literature, and films.

Cleopatra is often portrayed as a femme fatale due to her romantic relationships with Julius Caesar and Mark Antony. However, she wasn’t just a seductress. Cleopatra was one of the most successful and powerful queens in history.

Discover 10 surprising facts about Cleopatra, the Queen of the Nile. 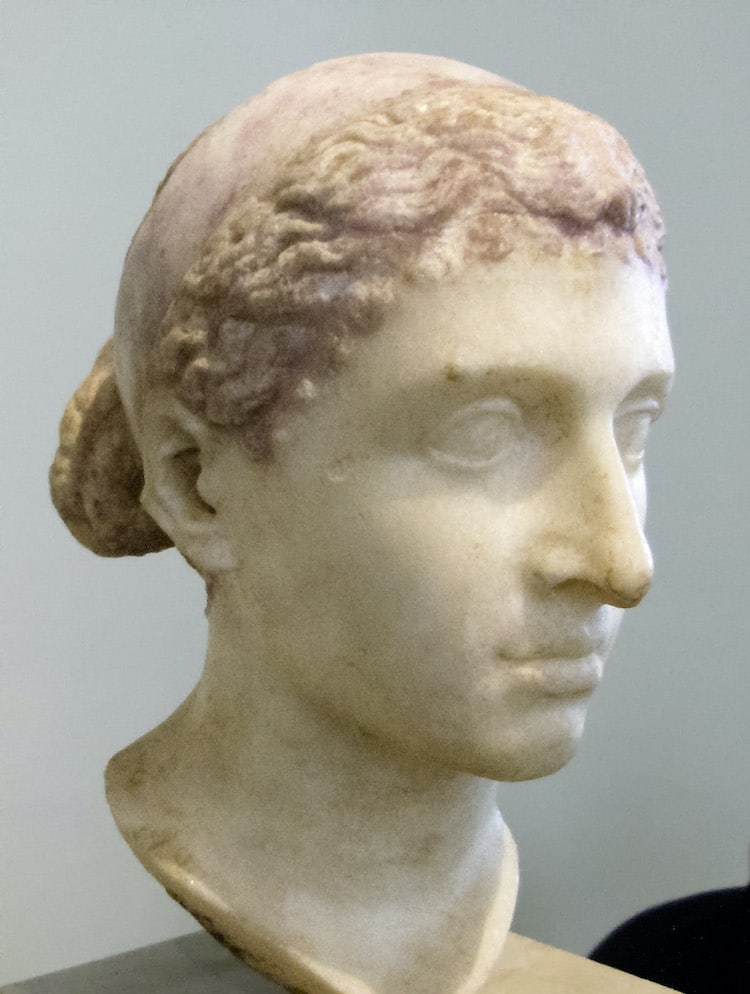 There was more than one Cleopatra.

When you think of Cleopatra, there’s likely just one Egyptian queen that comes to mind. But, that's not true. Cleopatra was actually the seventh woman in the Ptolemaic dynasty to bear the name. Her full name is Cleopatra VII Thea Philopator (meaning “the father-loving goddess” in Greek).

Although Cleopatra was born in Egypt, she’s actually of Macedonian Greek descent. She was the daughter of Ptolemy XII (Auletes), a descendant of Ptolemy I Soter, one of Alexander the Great’s generals. Ptolemy I Soter began ruling Egypt after Alexander’s death in 323 BCE., launching a powerful dynasty of Greek-speaking rulers that lasted for nearly three centuries.

After Cleopatra’s father died, she and her younger brother (Ptolemy XIII) were appointed as joint rulers. But unlike the rest of the Ptolemaic family, the young queen embraced many of Egypt’s ancient customs and was the first ruler to learn the Egyptian language. 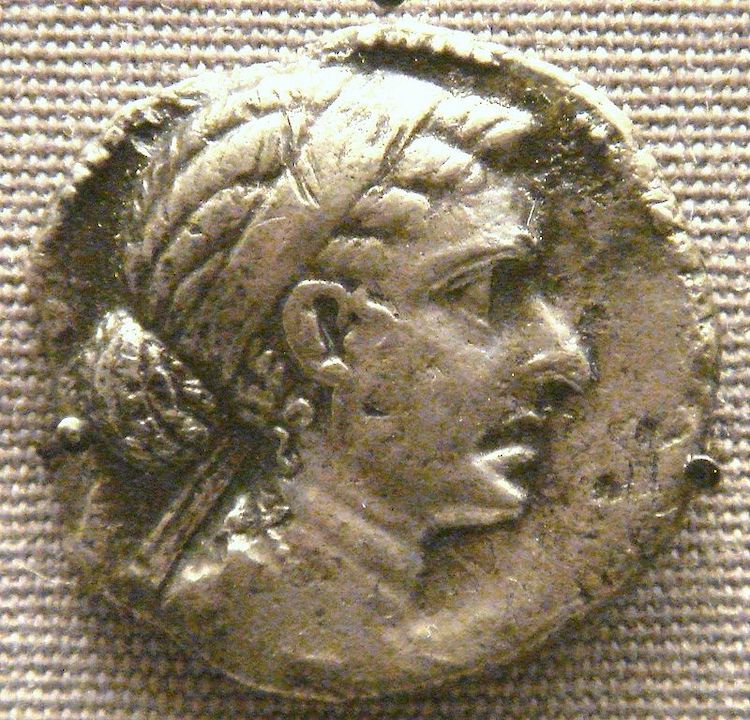 Her beauty is a myth.

Cleopatra is often portrayed as an elegant temptress in art and film, but there’s evidence that she wasn’t as physically striking as you might think. Ancient Egyptian coins adorned with her face reveal that she likely had a strong jawline and a hooked nose. It’s believed that Cleopatra worked hard to control how she was perceived by the public, and her image on Egyptian coins was a way to appear more masculine in order to emphasize her power and right to rule.

Additionally, historian Plutarch wrote that her looks were “not altogether incomparable.” However, he did say that her intellect, wit, charm, and “sweetness in the tones of her voice” made her irresistible to everyone. Impressively, Cleopatra spoke as many as a dozen languages and was educated in mathematics, philosophy, oratory, and astronomy.

She lived closer to the time of the Moon landing than she did to the construction of the pyramids.

Cleopatra was born in the year 69 BCE, 2,491 years after the completion of the Great Pyramid of Giza in 2560 B.C.E. Neil Armstrong set foot on the moon in 1969, 2,038 years after the birth of Cleopatra. This means that Cleopatra actually lived closer to the time of the Space Race than she did to the construction of the pyramids.

She married both of her brothers.

In order to preserve the purity of their bloodline and to consolidate power, royals of the Ptolemaic dynasty married within the family. Many of Cleopatra’s ancestors partnered with cousins or siblings, and it’s likely that her own parents were brother and sister. In keeping with this disturbing custom, Cleopatra married both of her adolescent brothers at different times during her reign, each of whom served as her spouse and co-regent.

She was involved in murders of her own siblings.

Just months after her father died and she took the throne, 18-year-old Cleopatra made it clear that she had no intention of sharing power with her younger brother (Ptolemy XIII). She erased his name from official documents and even ordered that his face be removed from coins. The pair battled it out during a civil war, but Cleopatra regained the upper hand by partnering with Julius Caesar. Ptolemy XIII drowned in the Nile River after being defeated in battle.

Following the war, Cleopatra remarried her other younger brother, Ptolemy XIV. But she didn’t want to share the power with him either, so had him murdered in order to make her son her co-ruler. Cleopatra also considered her sister Arsinoe a rival to the throne, so in 41 BCE, Cleopatra had her assassinated on the steps of a temple in Rome. 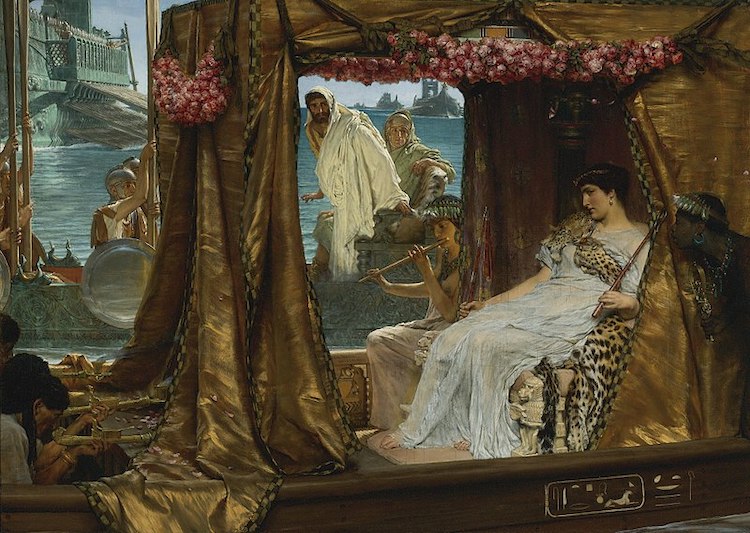 She always made a dramatic entrance.

Cleopatra often used elaborate costumes and dramatic entrances to reinforce her elite status and win over potential allies. In 48 BCE, she wrapped herself in carpet and smuggled herself into Julius Caesar's personal quarters. Caesar was enchanted by the sight of the young queen, and the two soon became political allies and lovers.

In 41 BCE, the beguiling empress employed similar theatrics when she was summoned to meet Mark Antony, the Roman triumvir in Tarsus. As the story goes, she arrived on a golden barge with purple sails and rowed by oars made of silver. Cleopatra dressed up as the goddess Aphrodite and sat beneath a gilded canopy while servants dressed as cupids fanned her and burned sweet-smelling incense. Antony—who considered himself the embodiment of the Greek god Dionysus—was instantly charmed and the pair later married.

Cleopatra and Antony’s relationship had its political advantages. Antony helped her to protect her crown, while Cleopatra provided him access to Egypt’s riches and resources. But aside from that, they were also deeply fond of each other. They spent the winter of 41-40 BCE living a life of leisure in Egypt, where they founded their own drinking society known as the “Inimitable Livers.” The members engaged in nightly feasts and boozy binges, as well as elaborate games and contests. 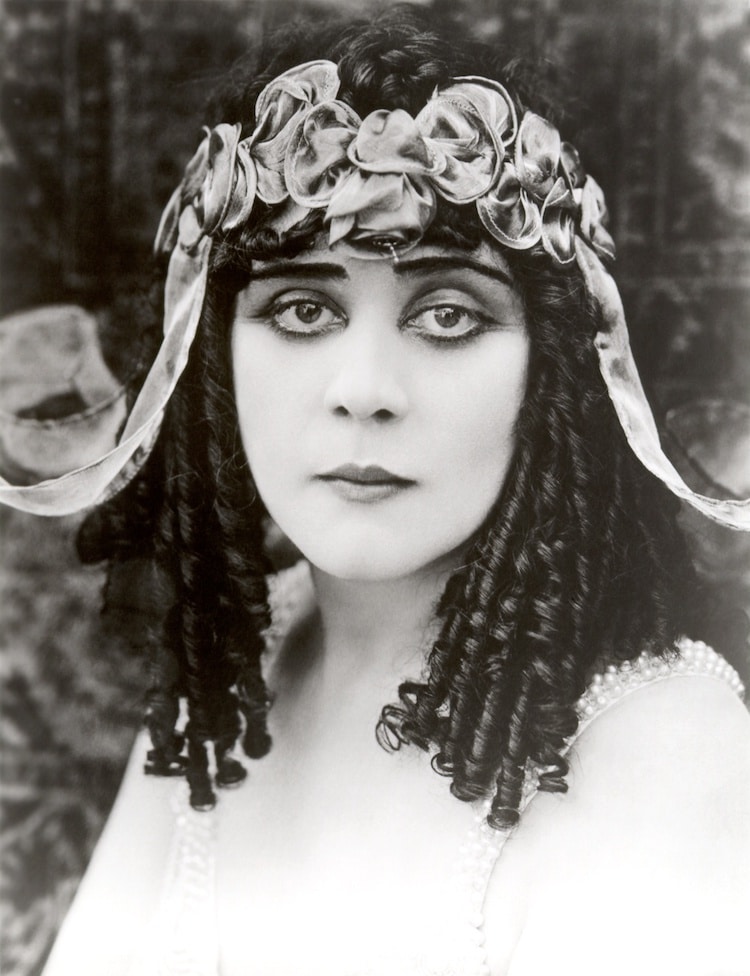 She had a child with Julius Caesar.

Cleopatra and Julius Caesar were lovers for two years, during which Cleopatra gave birth to his son, Ptolemy Caesar, who was nicknamed Caesarion, or “Little Caesar.” In the days between Cleopatra's death and the Roman triumvir Octavian's formal annexation of Egypt, Caesarion was officially the sole ruler of Egypt at just 16 years old. His reign, however, didn't last long. He was tragically captured and executed shortly after his mother's suicide.

Her cause of death isn’t clear.

Cleopatra and Antony famously took their own lives in 30 BCE after they lost the famous naval battle at Actium to Octavian’s forces. While it is widely accepted that Antony fatally stabbed himself in the stomach, Cleopatra’s method of suicide is a topic of debate. Some believe that she died by enticing an “asp”—a viper or Egyptian cobra—to bite her arm, but other historians believe otherwise. Cleopatra was known to conceal a deadly poison in one of her hair combs, and many scholars now suspect she used a pin dipped in some form of a potent toxin to end her own life.