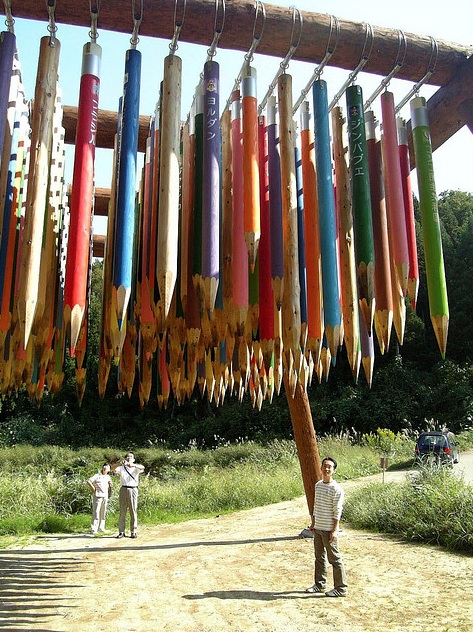 Every three years, one of the world's largest international art festivals takes place in a location you wouldn't quite expect. Echigo-Tsumari is held across a vast, mountainous region in Japan or about two hours outside of Tokyo. Located in around 200 villages in the Niigata prefecture, with exhibitions inside unexpected places like old houses and abandoned schools as well as on terrace rice fields and forests, this festival asks you to explore Japan's rural areas and, quite literally, find their over 300 works.

You can read some first-hand accounts of this year's festival at Japan Times and Japan Guide. You can also see a list of all the artworks on Echigo-Tsumari's website.

Though there are many interesting installations we'd love to see in person, this one in particular caught our eye. Though first created for the last Triennial, in 2009, it's still standing there today and is a part of this year's event. Called Reverse City, it's by Cameroon-born artist Pascale Marthine Tayou. Fixed to a stainless steel frame, rows of giant colored pencils hover in the air. On each enormous pencil, you'll find the name of one of the world's countries. Just as one could imagine, standing directly under the installation is said to make the viewer “feel both awed and threatened.” Of course, this begs the question: Would you stand underneath? 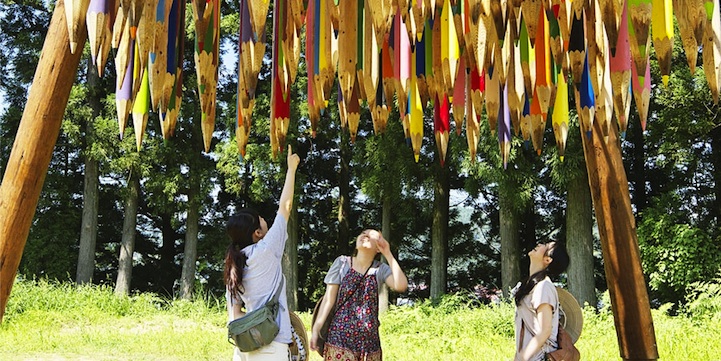 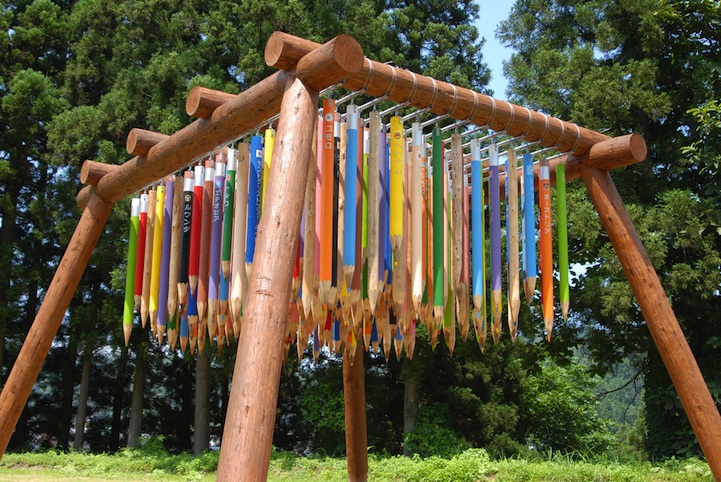 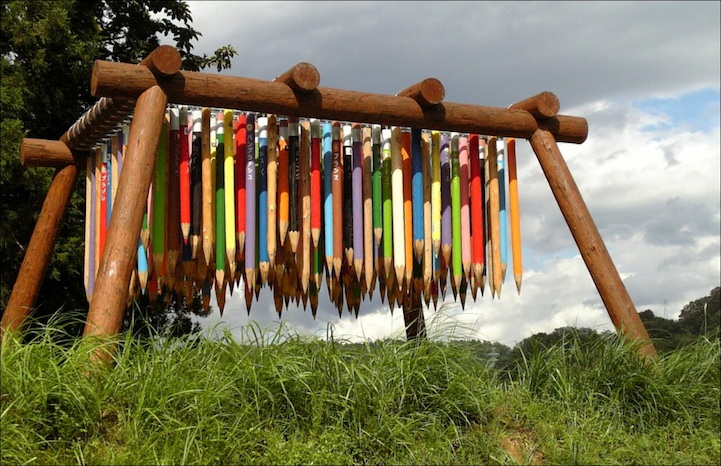 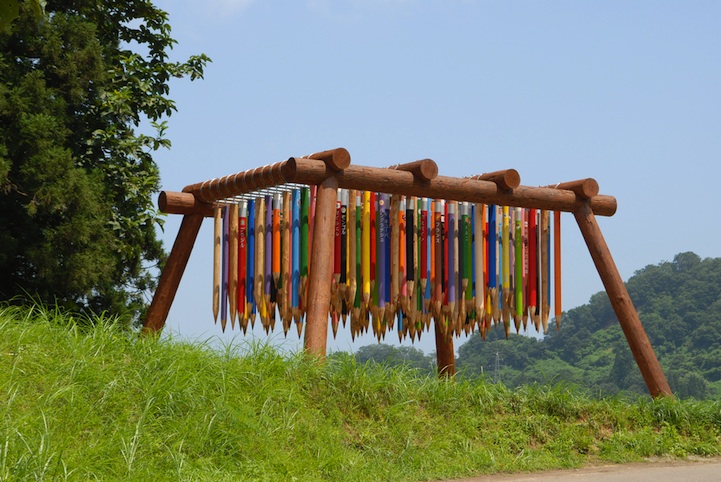 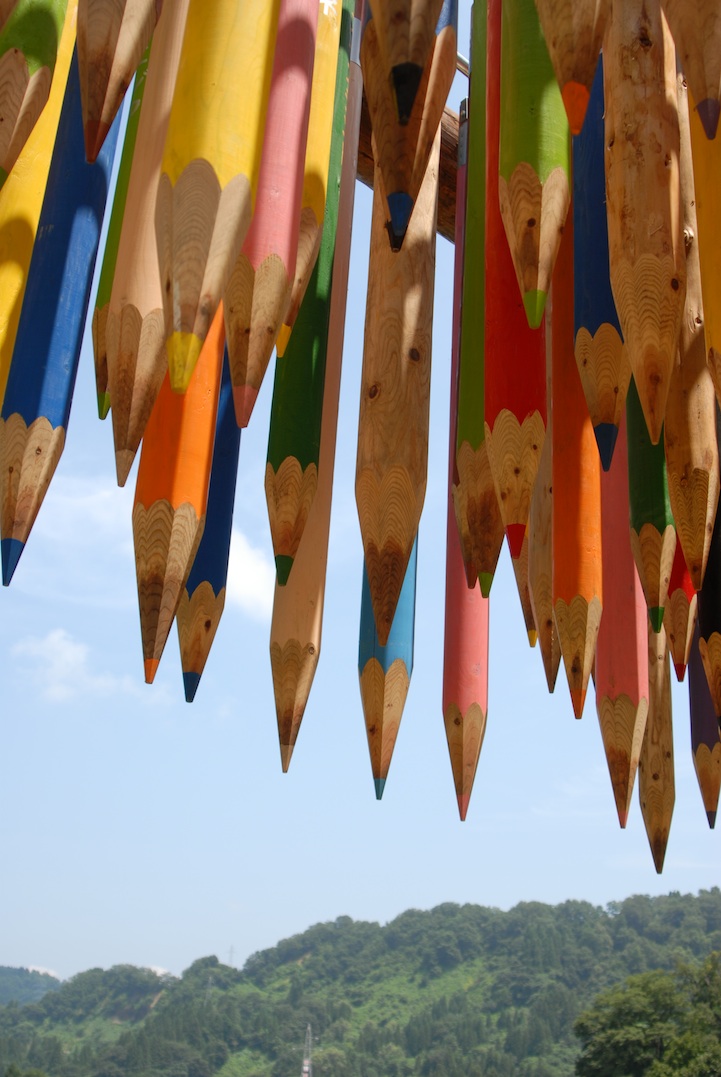 If you're in Japan, you can make a trip out to this Triennial until September 17. At that time, two-thirds of the works will be dismantled but about 100 will remain on permanent display.