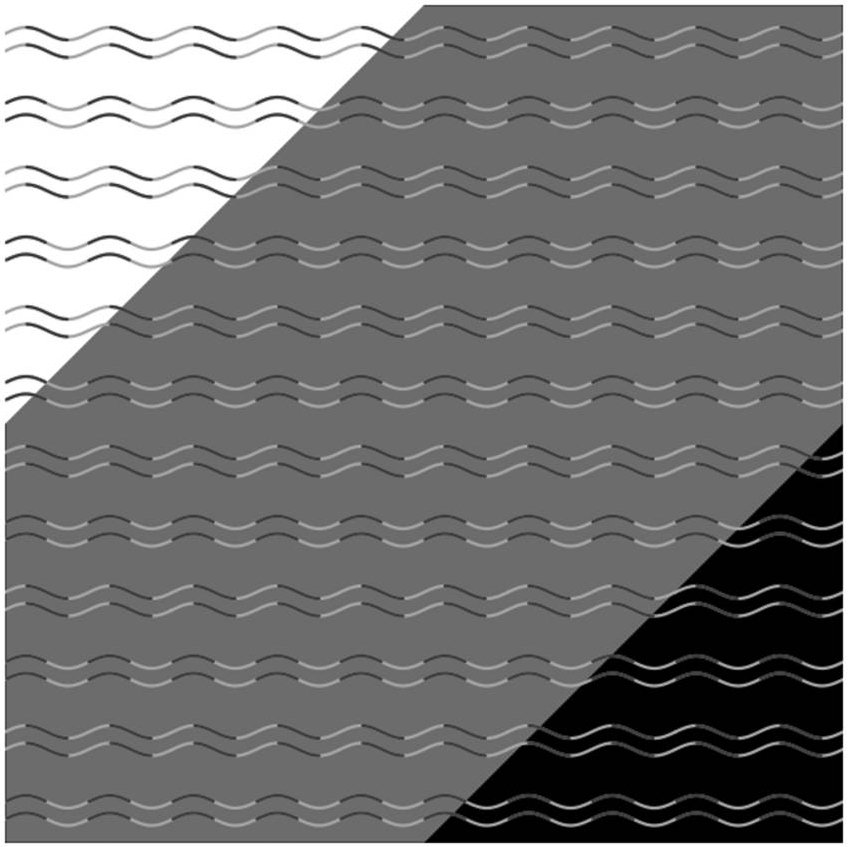 Japanese researcher and psychologist Kohske Takahashi of Chukyo University has recently discovered a new, mind-boggling type of optical illusion. Published in SAGE’s open-access i-Perception journal, the new discovery was dubbed the Curvature Blindness Illusion, and describes how a wavy line can be perceived as a zigzag line. In the image above, we see pairs of wavy lines and pairs of zigzag lines against a gray background. Physically, however, all the lines are actually wavy, with an identical shape—there are no zigzags. Only on the white and black backgrounds can we see the true shape of each line.

Takahashi proposes that this could be because our brains default to seeing corners over curves. “We propose that the underlying mechanisms for the gentle curve perception and those of obtuse corner perception are competing with each other in an imbalanced way,” he explains,“and the percepts of corner might be dominant in the visual system.”

This newly discovered optical illusion tricks the eye into seeing lines that change from curves to zigzags, even though they are actually all wavy. 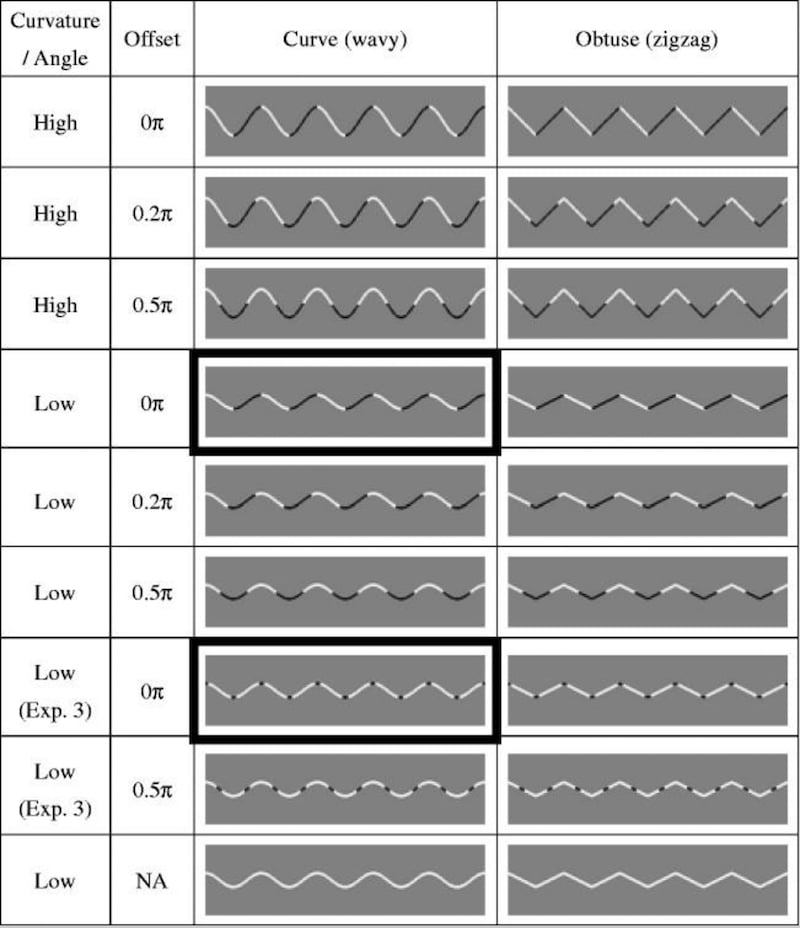 All images via i-Perception Journal.