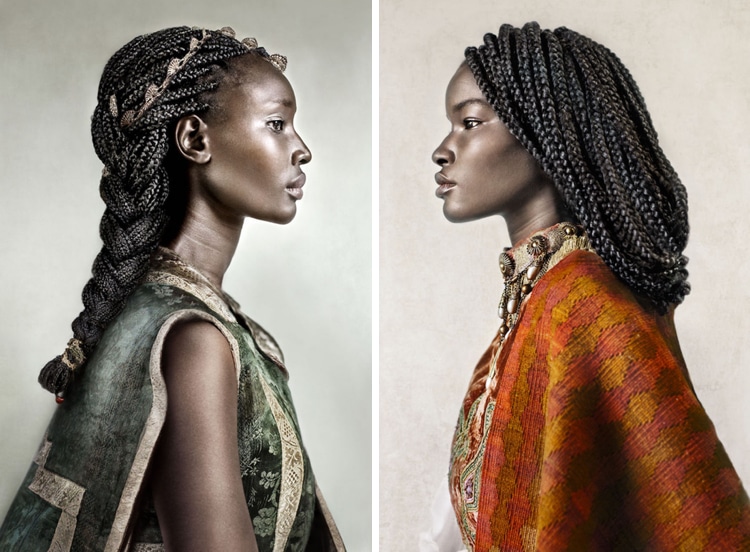 Filmmaker turned photographer Dagmar Van Weeghel examines culture and identity through portraits of African immigrants in a series titled Diaspora. These non-models, swathed in clothing inspired by pre-19th century Orientalist art, pose proudly, displaying a quiet elegance that is timeless. And through these images, Van Weeghel pushes us to reconsider our own preconceived notions of what it means to be African in the West.

Van Weeghel was initially inspired by the experiences of her Zimbabwean husband, who moved to Europe nine years ago, as well as a trip to Andalusia in Spain, which is rich in Moorish history. Her portraits herald the importance of African settlers in Europe through history, their clothing a combination of antique and contemporary pieces that harken back to the Orientalist watercolor portrait paintings of Josep Tapiró Baró in Tangier, Morocco.

“Those portrayed are not dressed like a specific historical figure,” Van Weeghel tells My Modern Met. “The portraits may appear exotic because of the aesthetics, but the purpose is tied to the context in which they were created—specifically, the process of ‘othering.'”

From Penda (an 18-year-old girl from Guinea who was separated from her mother for 5 years) to Ninho (a 29-year-old from Angola whose family still lives in Africa), each subject has a unique, yet poignant story to tell. How did they react to seeing themselves captured in such an artistic manner? “All those portrayed loved their regal portrait which brought out their heritage, character, and beauty. Especially the strength captured touched them.”

It's this strength and character that Van Wheeghel hopes viewers take away from the ongoing series. By looking more deeply into each individual, and beyond their “otherness,” we can begin to build a bridge of understanding. “These portraits are an homage to African immigrants and their collective experience—past and present—and a tribute to their strength, resilience, and perseverance. It is my hope that this work will also open up discussions and help remind viewers of the important contributions that Africans have made throughout European history as well.” 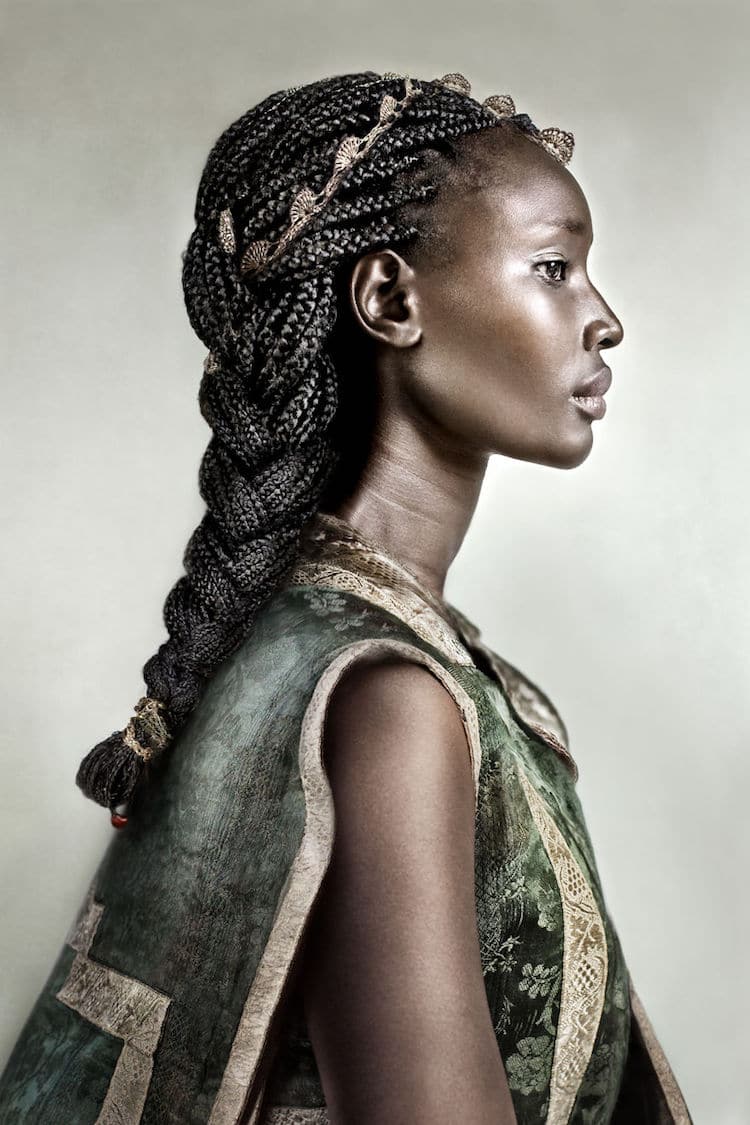 “This is a portrait of Chaila. She is 23 years old. She moved from Equatorial Guinea to Europe all by herself five years ago. Her youth was very tough. Moving away to the west was a brave decision but she now is excited about her future. She studies and works as a mannequin in Belgium. She loves to cook, dance and sing and dreams of becoming famous.” 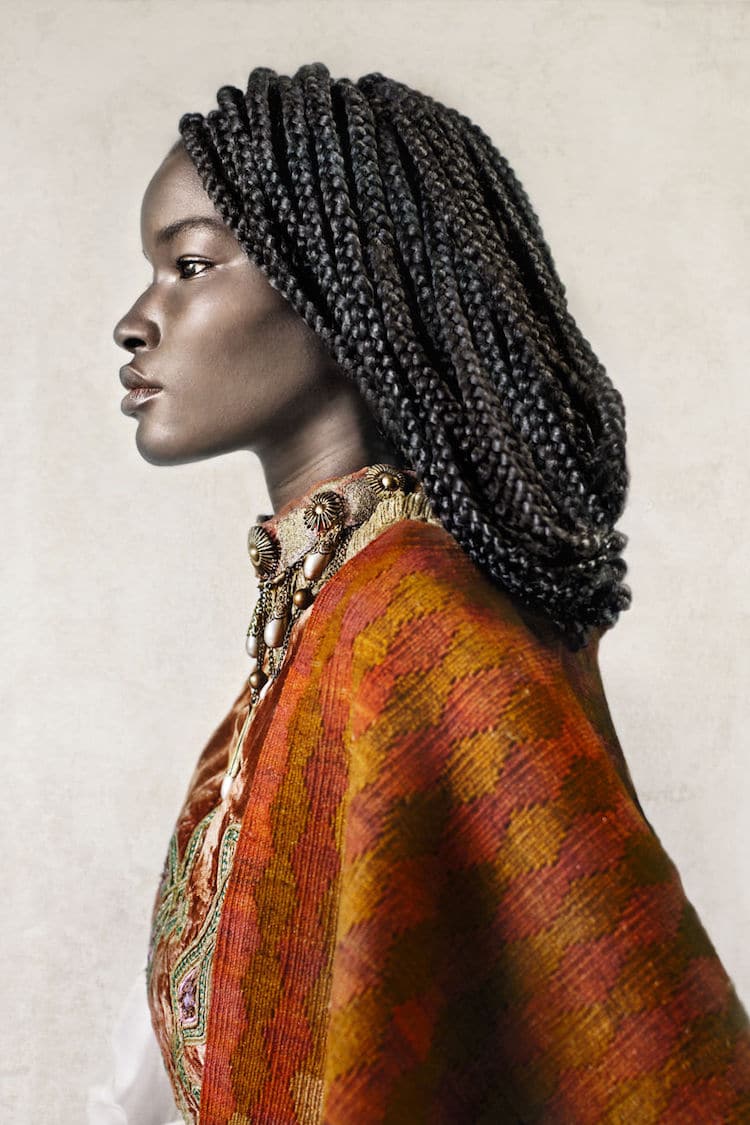 “This is a portrait of Penda Mbaye, 18 years old. Penda came to Europe eight years ago together with her sister. She and her sister reunited with their mother in Belgium after being apart for 5 years. Penda came from Guinea Conakry. She now studies in Belgium and loves fashion and cooking. She wants to travel the world.” 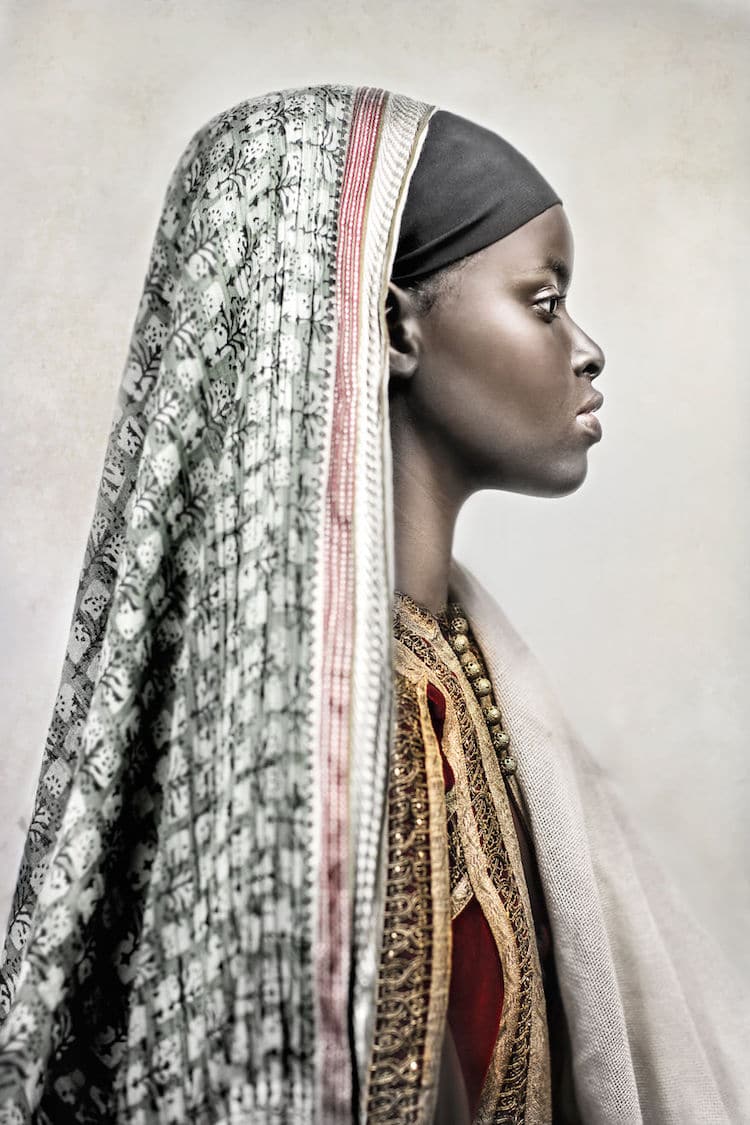 “This is a portrait of Muna. She is 18 years old and she was born in Somalia. She came to Europe 8 years ago together with her mother and sister. She now studies, loves fashion and going out with her friends.” 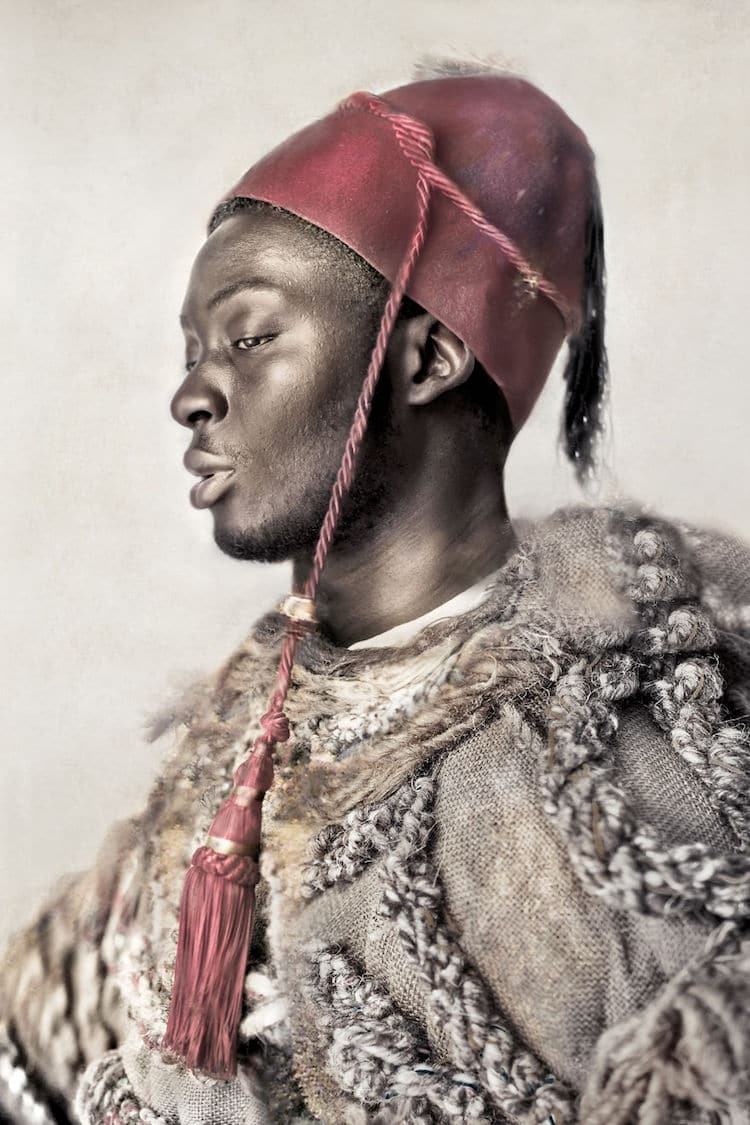 “This is a portrait of Ninho. He is 29 years old. He moved to Europe from Angola 10 years ago. His family is still in Angola. He works in the entertainment business in the Netherlands and loves music and sports.” 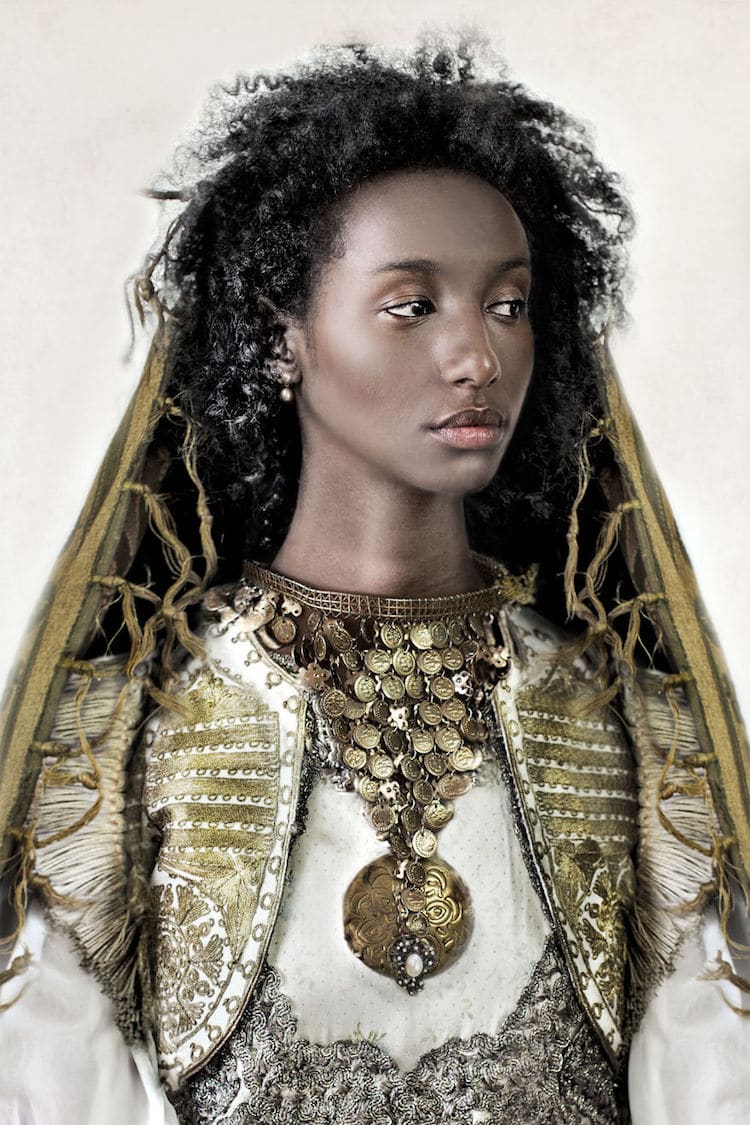 “Yesni was born in Ethiopia and later adopted by Dutch parents. She is 26 years old. Her name means ‘one in thousands’. Yesni is an activist, performer and creator. She loves fashion and music.” 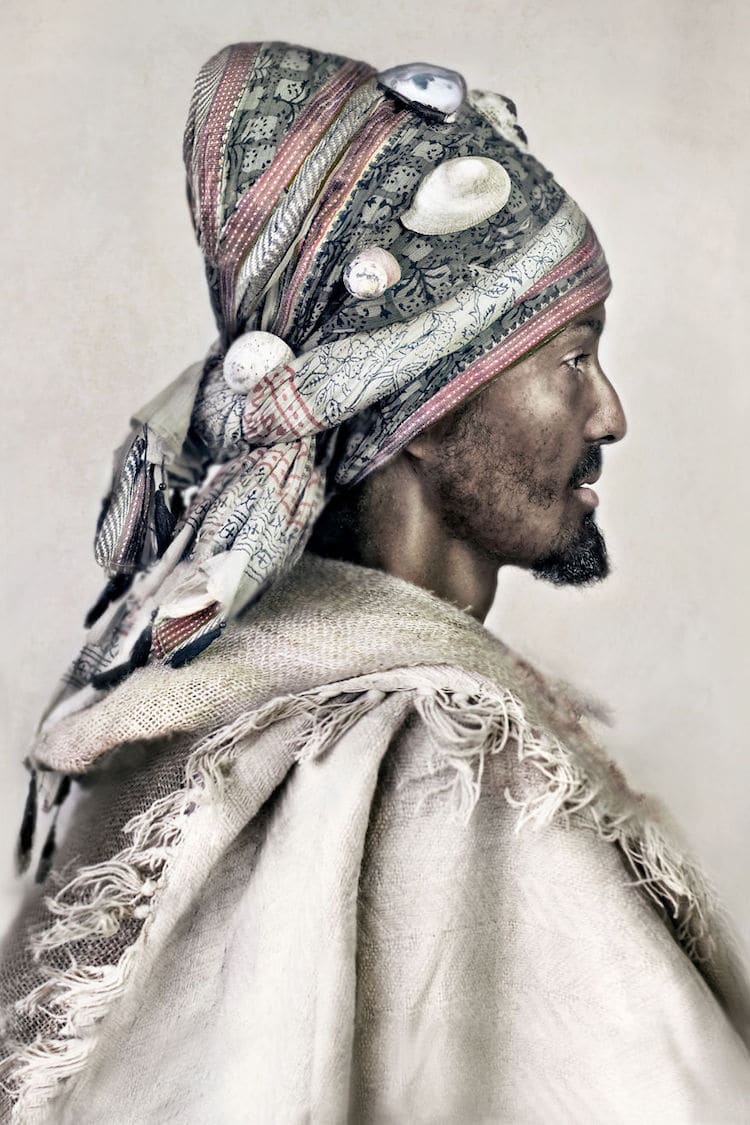 “This is a portrait of Adam, he is 38 years old, father of two. Adam moved to Europe from Zimbabwe eight years ago. All his family is still in Southern Africa. He works in corporate finance in the Netherlands. He loves music and travel.”

My Modern Met granted permission to use photos by Dagmar van Weeghel.

What If Early 1900s Immigrants Arrived in Modern-Day New York