Woman Reenacts Selfies of Person Who Took Her iPhone 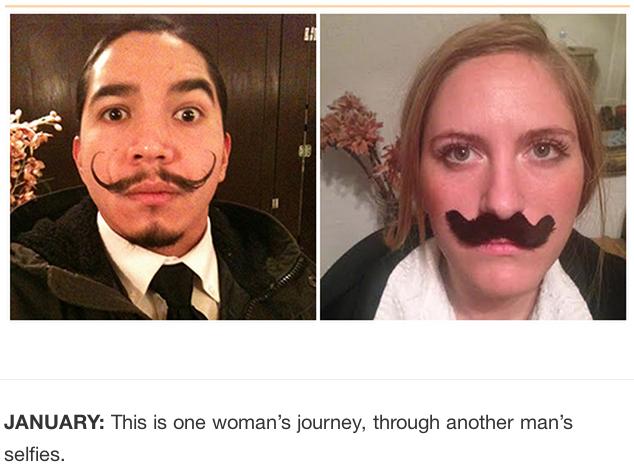 On January 1, 2013, Danielle Bruckman came to the realization that she had lost her iPhone amidst the festivities of New Year's Eve/Day. Since then, she has been receiving selfies of the man who acquired her phone, through her cloud service. It turns out that her phone, which was linked to her Apple cloud account, has been retaining all images taken with the device on her personal stream, which she could access through her computer. Thus began Bruckman's hilarious project entitled My Cloud Pal.

For one whole year, the young woman has been posting a photo a month on her Tumblr blog of the man in question accompanied by a picture of Bruckman herself, mimicking the mustachioed man's selfie. Month after month, Bruckman reveals this man's penchant for taking pictures of himself, whether he's dolled up in a suit and tie, sweating it out in the gym, or simply flexing in the mirror. She even tacks on a hilarious mustache of her own that looks Wario-inspired facial hair or some sort of carpet clipping.

Though it's unclear if Bruckman will continue the series in 2014, she ended 2013 by teasing, “Stay tuned for more selfies!” 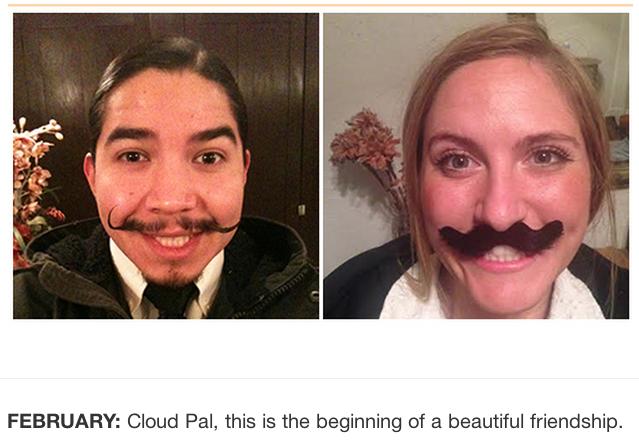 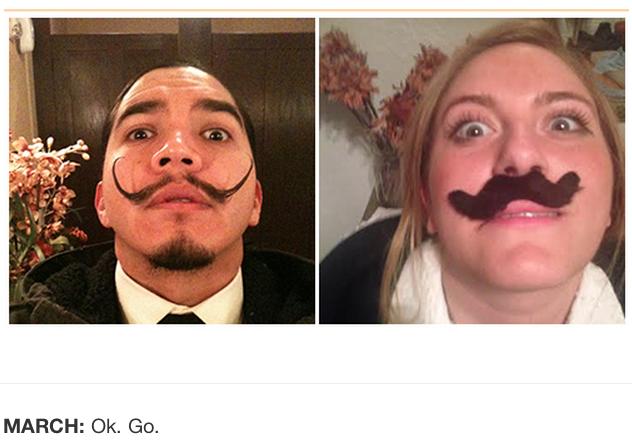 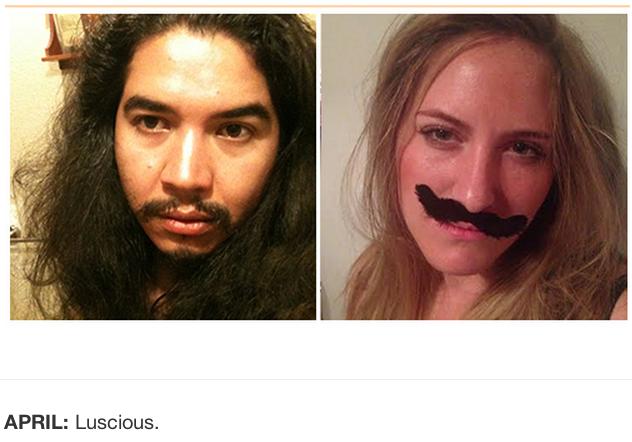 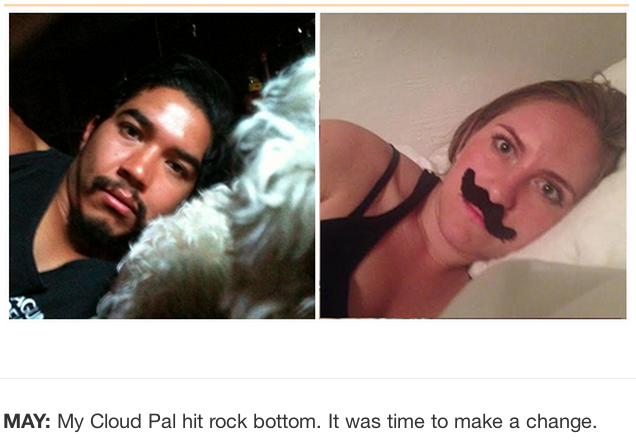 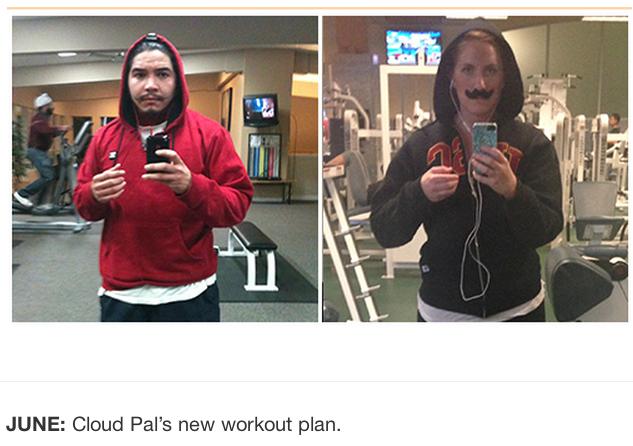 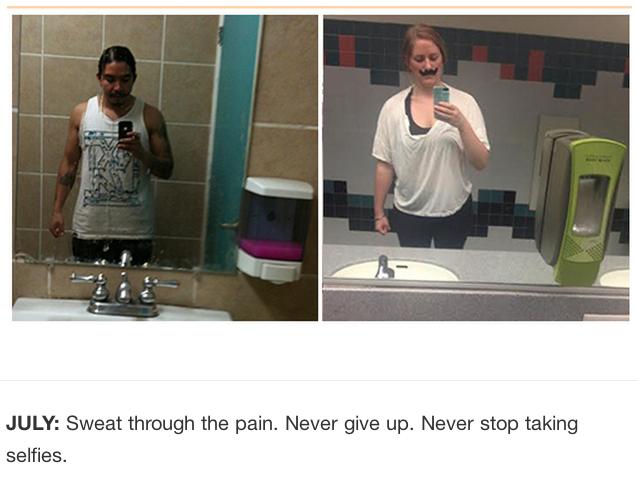 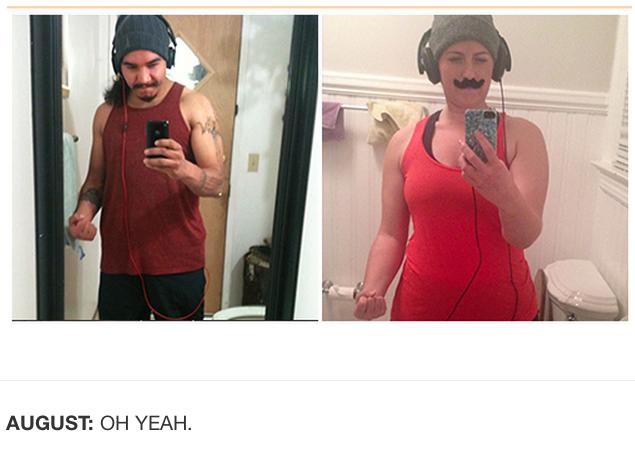 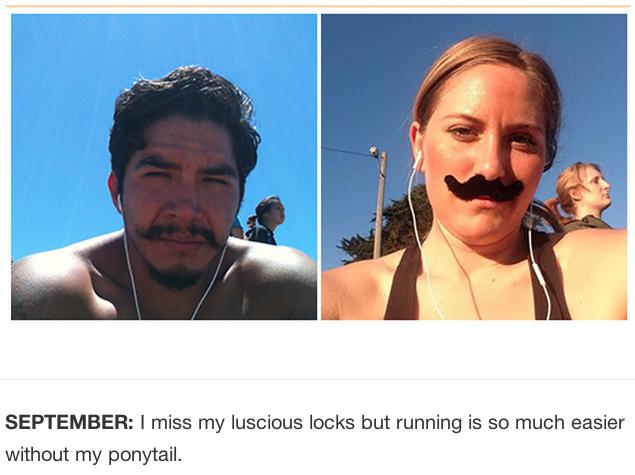 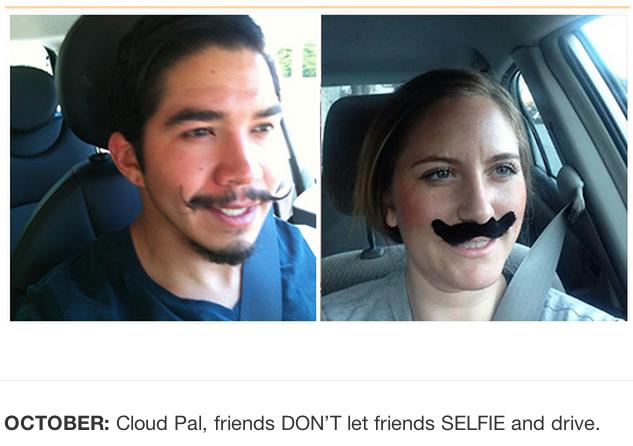 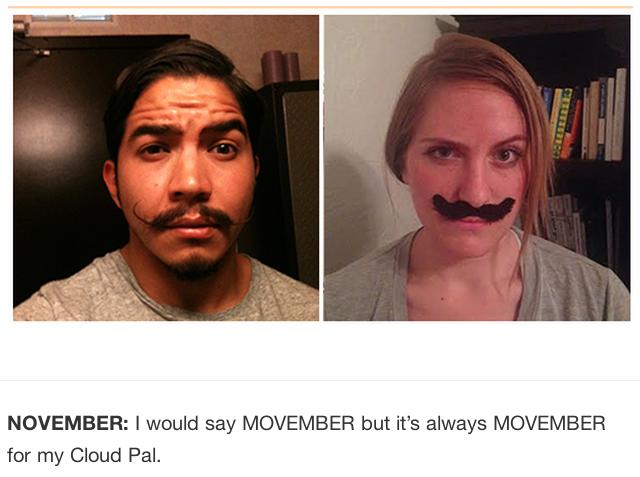 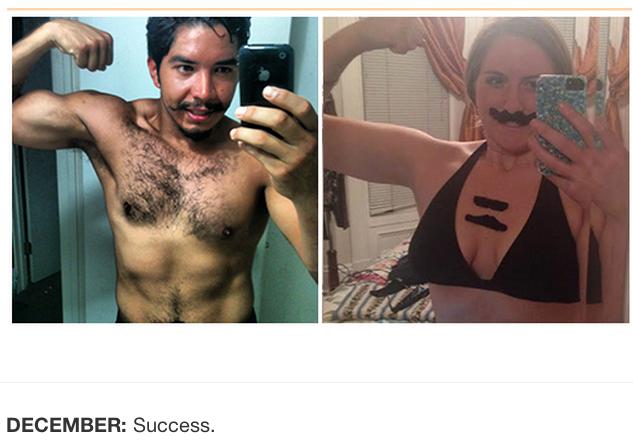