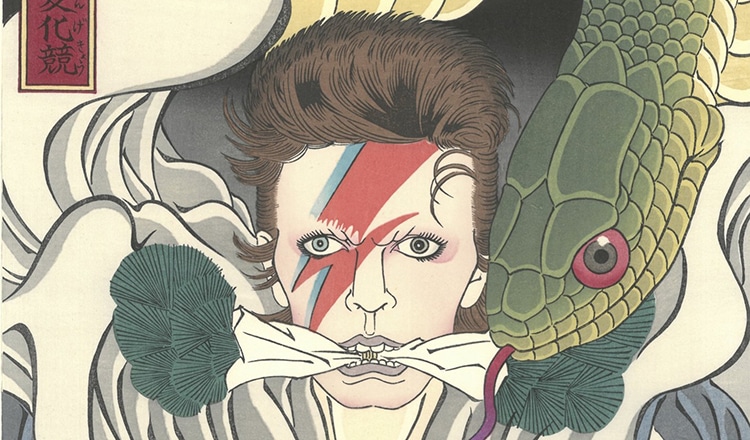 When David Bowie died in 2016, fan tributes in all shapes and sizes started appearing in cities across the world to celebrate his music and life. Laid flowers, street art murals, and public installations popped up in London where the artist grew up, as well as in Berlin and New York where he lived during his career. However, although it’s well known that Bowie had a connection with these major European capitals, some might not know that he also had an affinity with Japan. His interest in Japanese culture began in the 1970s when he worked with fashion designer Kansai Yamamoto to create ensembles for his colorful alter-ego, Ziggy Stardust. He also worked with actor Bandō Tamasaburō who taught Bowie how to apply traditional kabuki makeup, which led to the entertainer’s iconic lightning bolt look.

One of the latest Bowie tributes comes in the form of two contemporary woodblock prints created by Masumi Ishikawa—one of the artists behind the Ukiyo-e Project. The first piece is inspired by Brian Duffy’s iconic photograph of Bowie featuring a red lightning bolt painted across his face. The image, originally used for the cover of Aladdin Sane (1973), was transformed by Ishikawa to mimic the woodblock style of the Kamakura period, in which Bowie is imagined as a legendary snake-taming sorcerer.

The second print was inspired by Terry O’Neill’s Diamond Dogs photograph from 1974 in which Bowie poses calmly beside an irate dog. The print sees “The Thin White Duke” reimagined as Takezawa Toji, a popular magician from the Edo period. The dog is stylized in the traditional style, appearing as a dragon-like mythical beast.

The ukiyo-e woodblock prints will soon be available for sale at the Marc Jacobs BOOKMARC store in Omotesando from June 23 – July 1, 2018. Find more from the Ukiyo-e Project on the team’s website. 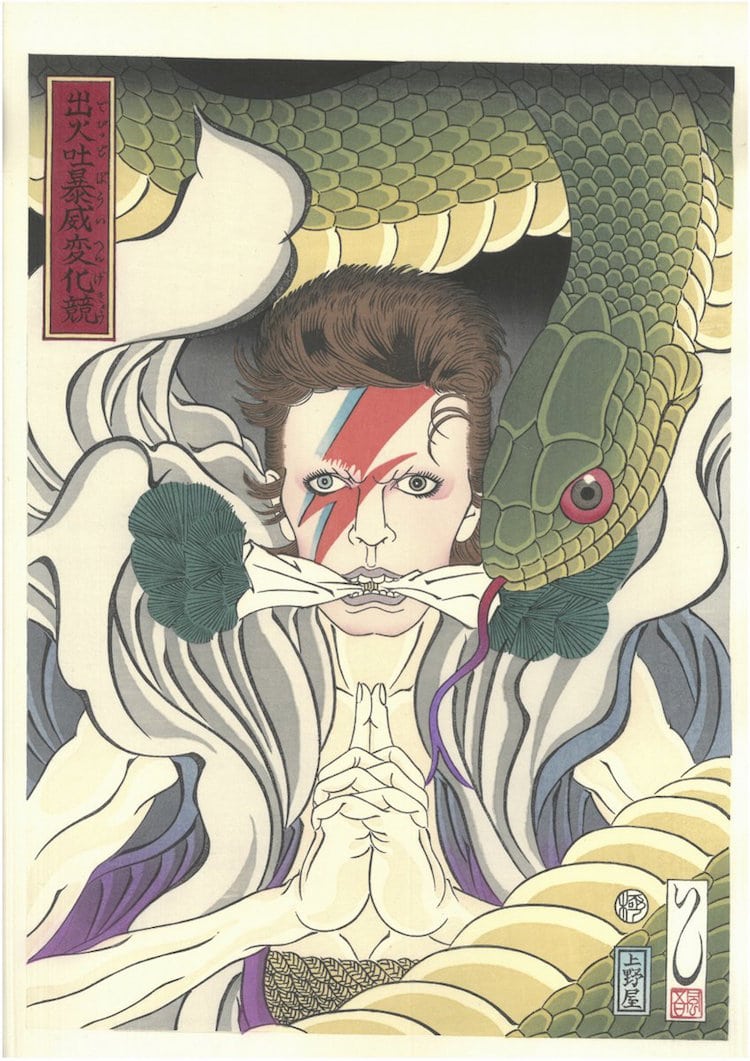 Part of the Ukiyo-e Project, they imagine Bowie as a legendary sorcerer and a magician from the Edo Period. 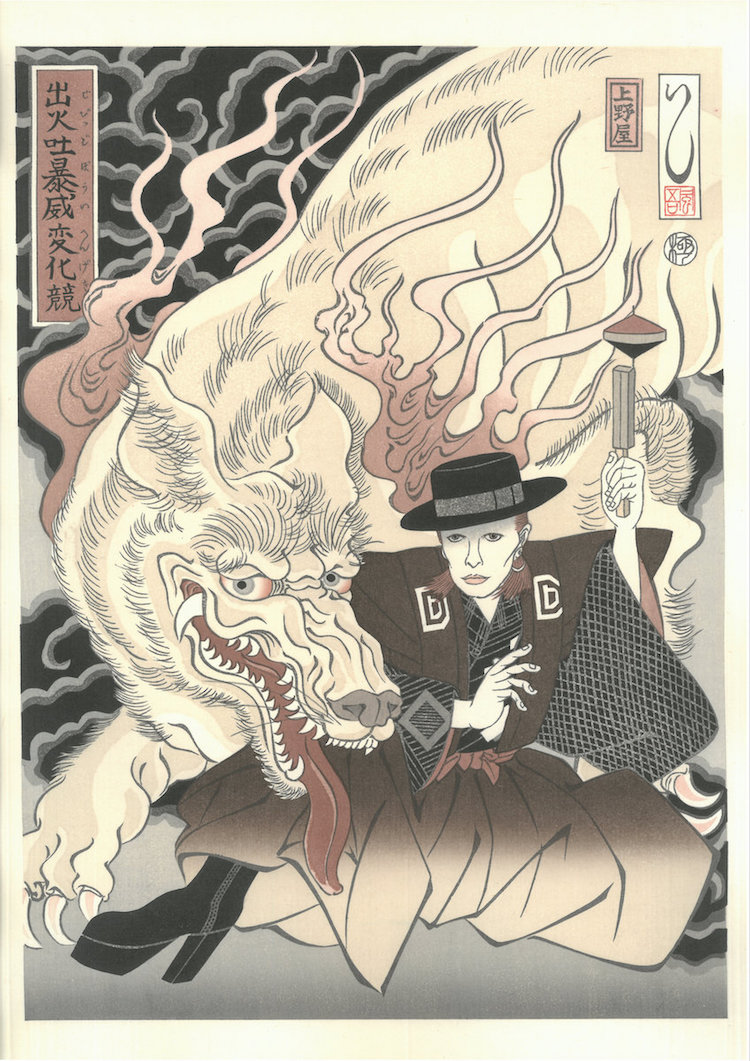 All images via Ukiyo-e Project.