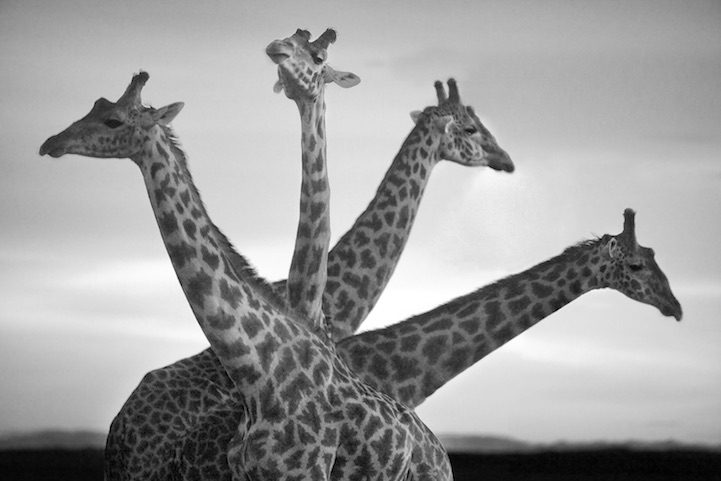 Over the past 20 years, photographer David Gulden has studied the movements of African wildlife. Gulden uses unconventional methods to capture his beautiful photos including using innovative tactics like mounting cameras into eagle nests and setting up cameras with infra-red beam. He shoots mainly in Kenya's Aberdare National Park, where he spots everything from a mother leopard taking a long overdue nap to a baby rhino trailing his parent.

Gulden is a native New Yorker who has spent at least half of every year for the past twenty years deep within the African terrain. He's shot everywhere across Kenya from the Masai Mara to Lake Turkana. His new book, called The Centre Cannot Hold by publisher Glitterati, is set for a Spring 2015 release. The 224 hardcover book is filled with 350 stunning black and white photos.

As Susan Minot states in the book's foreward: “Literally focusing on the particularity of each being, David Gulden captures animals in all their glory and intrigue, without glorifying or romanticizing them. He knows Kenya and its wildlife well and it shows in the depth of his images. He has an artist's eye, which offers beauty and transport in every picture…

“So who is David Gulden? He is someone who tears the doors off vehicles so he can set his camera down at a unique low angle. He rigs trigger switches deep in the bush to snap night pictures of the elusive and endangered bongo, whom even the biologists studying them may never see. He climbs trees to leave cameras dangling over the nests of eagles, and then waits for hours a hundred feet away to snap the shutter. He is someone who knows art is long, that a deep knowledge of one's subject is required before it can be mastered, and that, in the case of animals, an enormous amount of time must be devoted to waiting and watching and understanding. He has spent more than ten years doing just that. He has waited till his work was ready.”

Now, courtesy of Glitterati, here's a quick preview of the book. 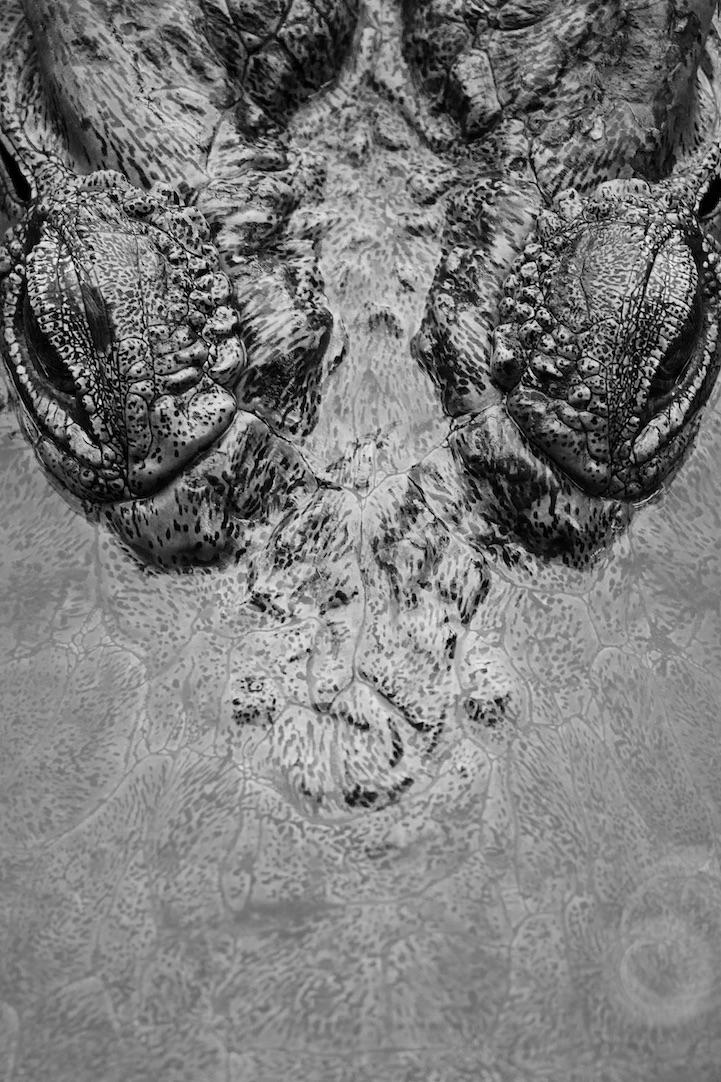 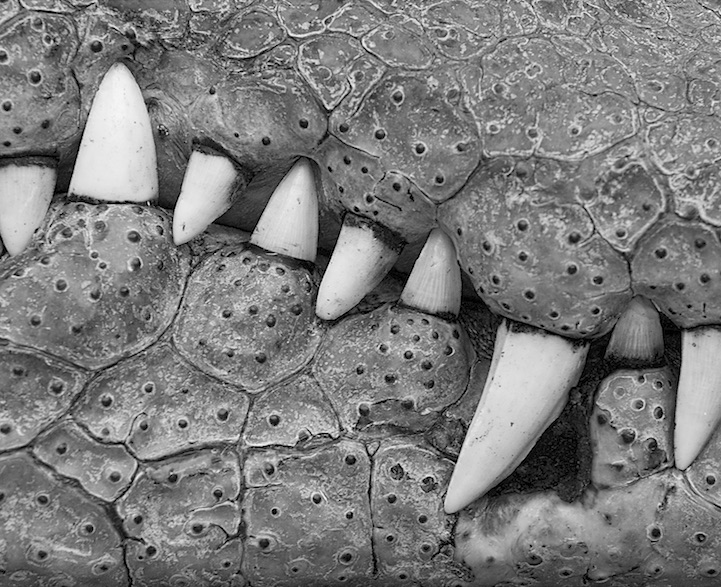 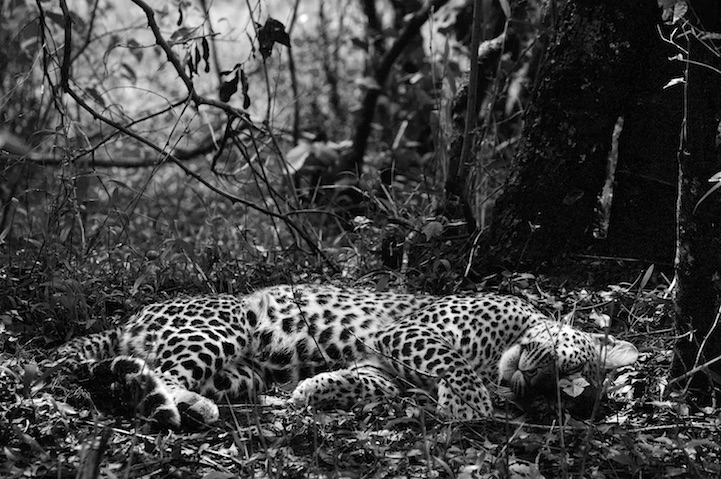 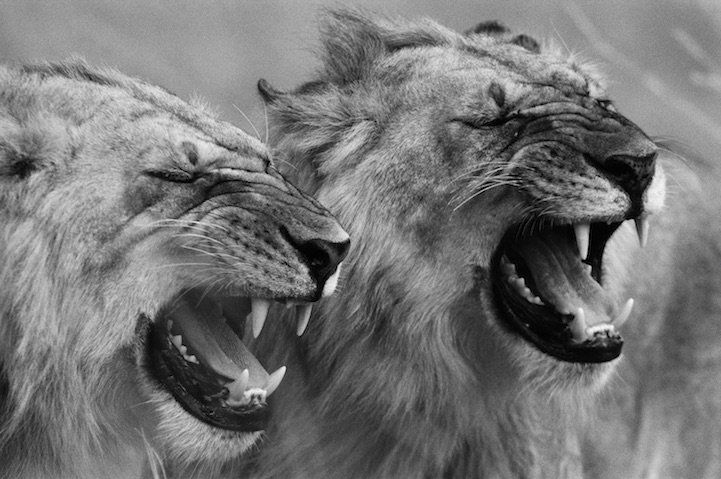 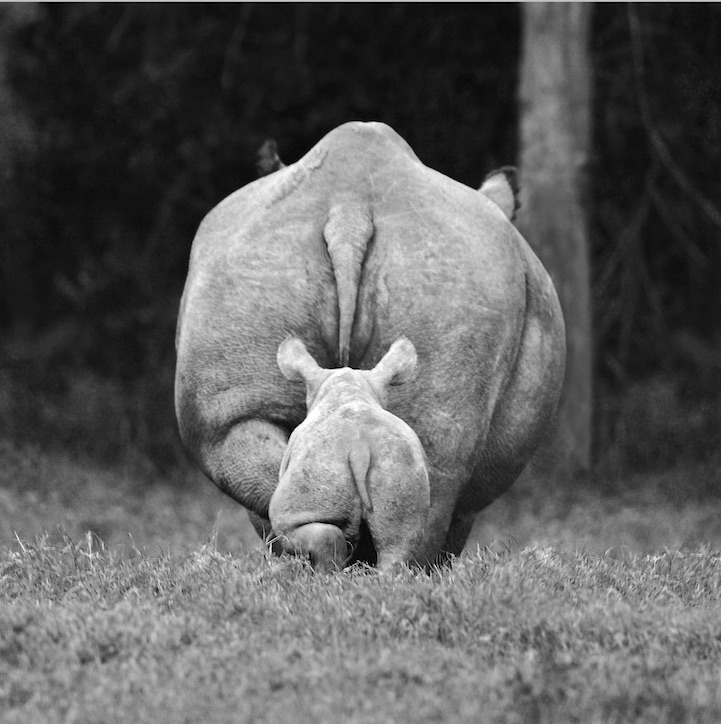 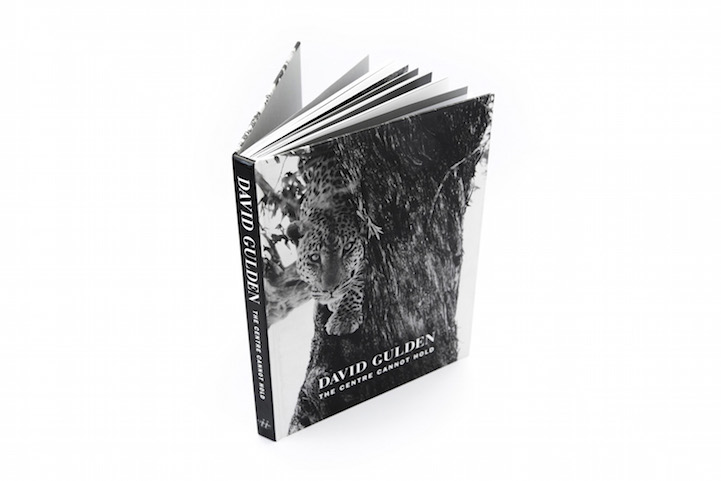 The Centre Cannot Hold on Glitterati