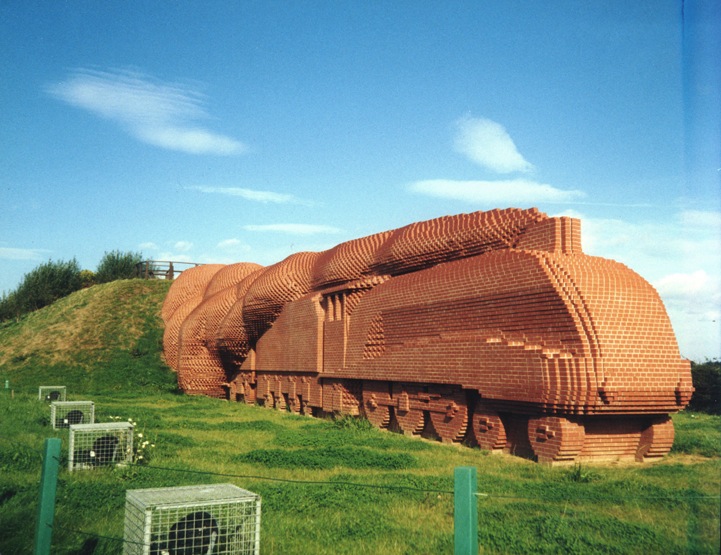 Train is the public art installation of a life-size steam locomotive by Scottish sculptor David Mach, whose wire hanger and matchstick sculptures have drawn our attention in the past. Replicating the 1938 Mallard, it is comprised of over 185,000 bricks. The massive structure is settled along the A66 on the edge of Darlington, Durham, England, where it sits weighing a solid 15,000 tons.

Its powerful and towering presence reflects the rich groundbreaking past of the land it has become a landmark on. Train pays homage to the area's transit history as the world's first steam-operated public railway in 1825. The hollow brick train stretches 130 feet over nearly 6,500 square feet of land, reaching a height of 23 feet. Remarkably, the hollowed monument also doubles as a storage unit for time capsules donated by local schools and features 20 “bat bricks” that serve as nesting grounds for bats. It figuratively draws a link to the past and literally stocks historical trinkets from local youths.

The monumental landmark was originally commissioned in 1994 as a reinvention of Mach's earlier piece titled Running Out of Steam, which was made out of magazines. The artist took 21 weeks to complete the sculpture with a team of 34 brick layers at hand to construct the replica train, including a waft of billowing smoke, all made of bricks. 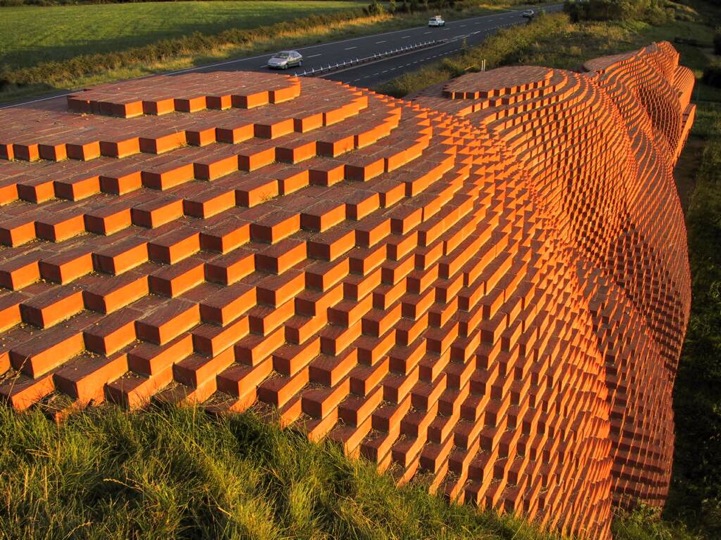 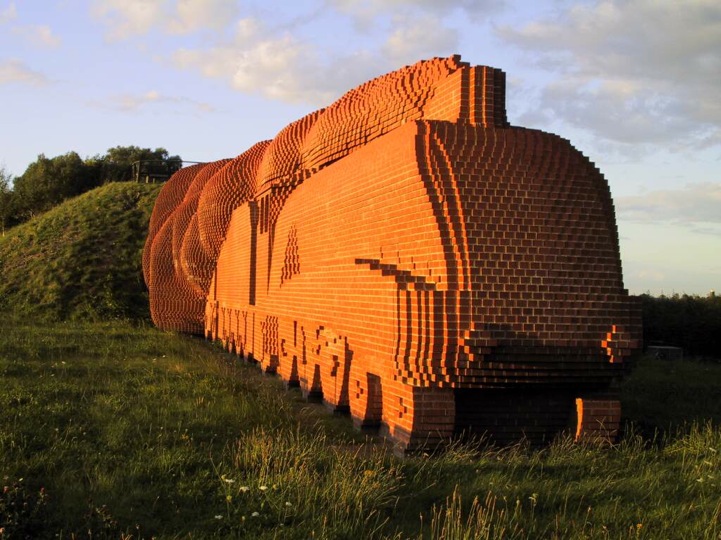 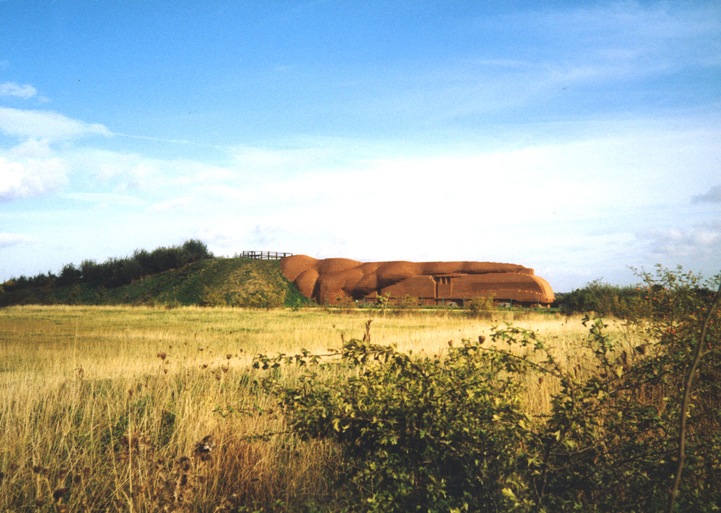 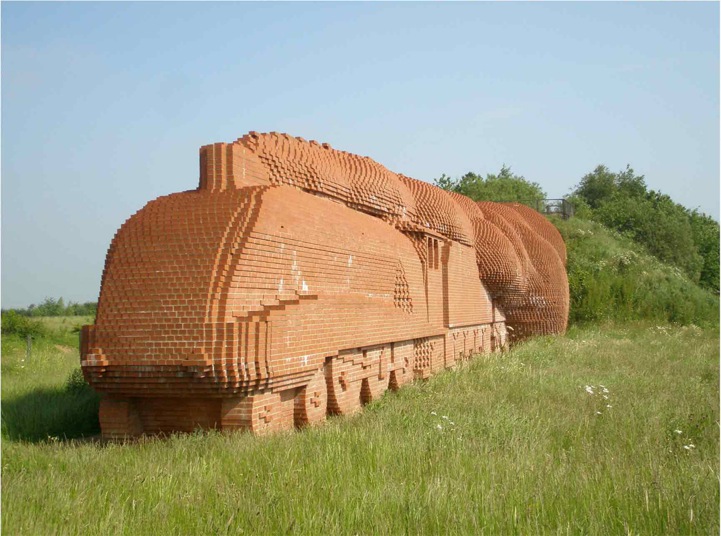 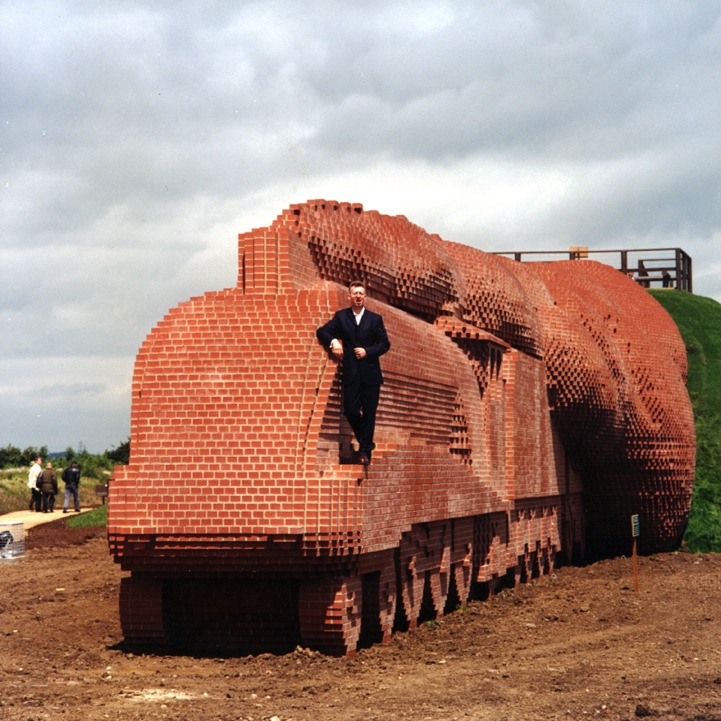