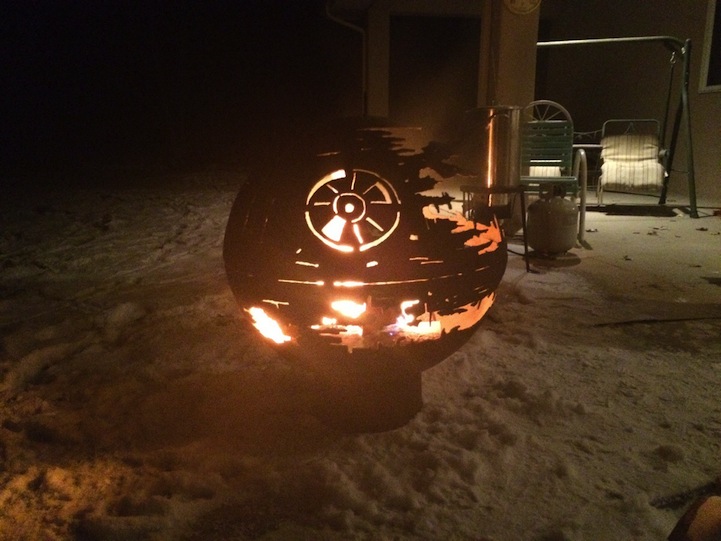 A steel fire pit handcrafted in the likeness of the Death Star has become a Reddit sensation and touched off a new family business. Jennifer Allison, who goes by Bandia5309 on Reddit, received the galactic fire pit as a Christmas gift from her 84-year-old grandfather. He welded the fire pit from discarded propane tank end caps at his home in Farmington, New Mexico. Allison requested the particular design, and her grandfather delivered skillfully – but without really grasping the cultural implications. “He has little knowledge of Star Wars or just how awesome this is,” she says.

After the photo was posted, Allison's page was swamped with people begging for a chance to buy their own Death Stars. “This has been his hobby project, but I think he's going to need to go into production,” Allison wrote the week after Christmas. She sprang into action putting together an Etsy store, and her grandfather got busy manufacturing more Death Stars. Currently, two fire pits are listed for sale for about $1,600 each.

Star Wars fans can excitedly anticipate the metalworker's upcoming projects. “We have been taking screen shots of the [Darth Vader] funeral pyre scene to send to him and see if he can make it work,” Allison says. 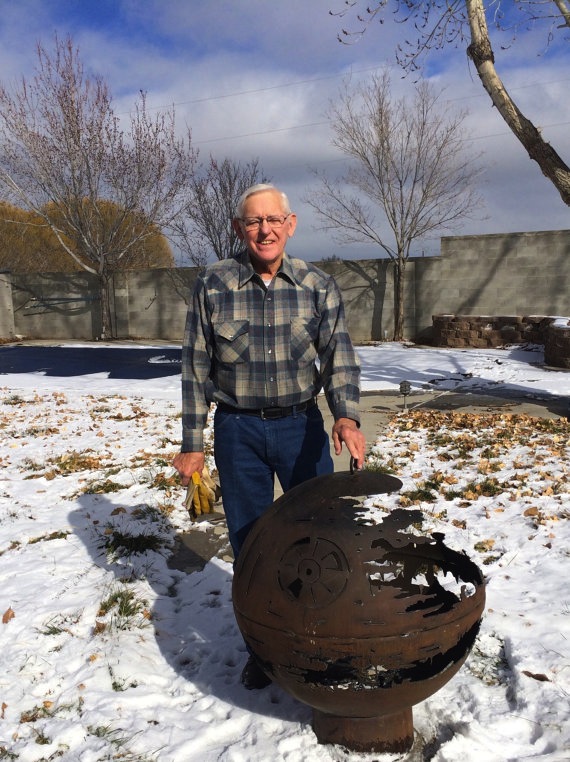 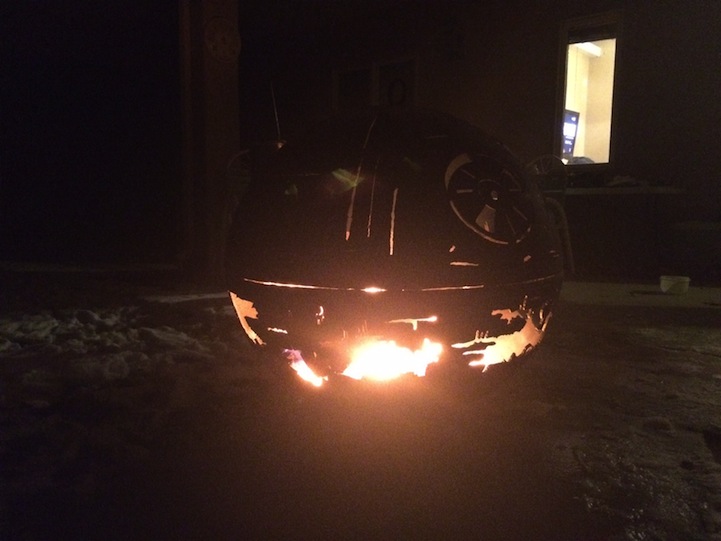 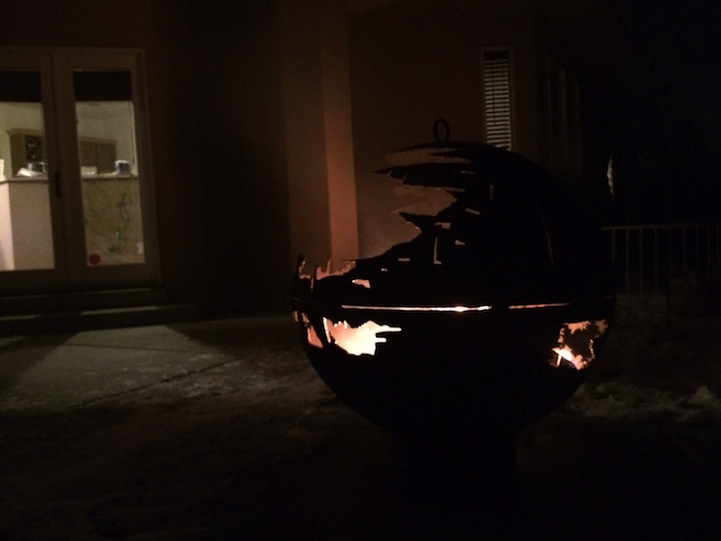 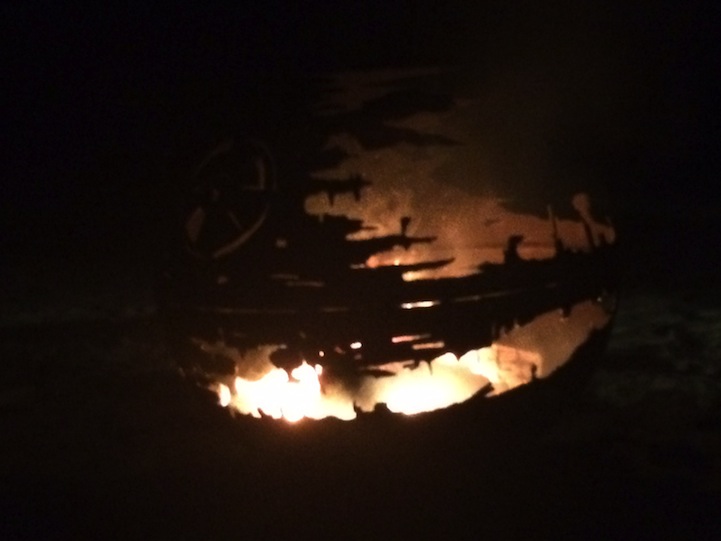 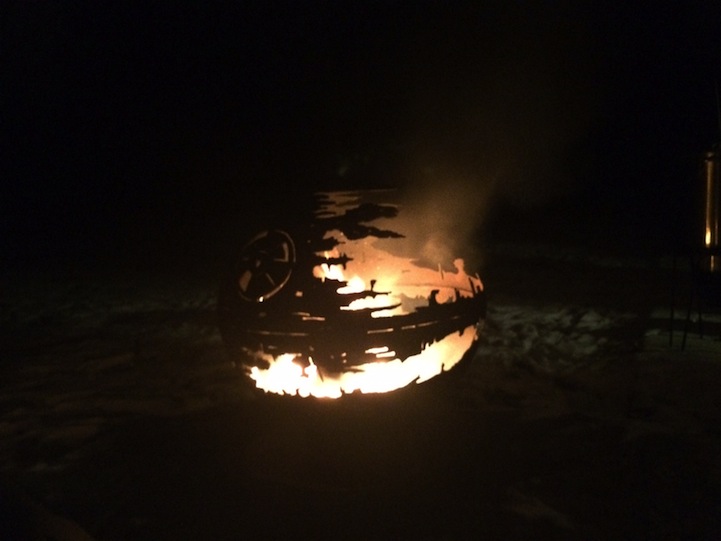 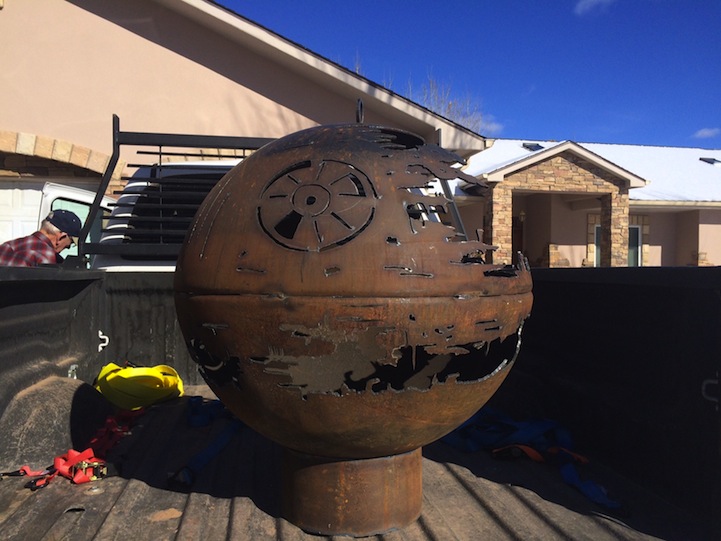