Frida Kahlo is one of the few female artists who has become a universal household name. Her journey to her present fame was a long one, fought against the forces of misogyny and her own failing health. For evidence, look no further than a recently resurfaced 1933 article about the painter in the Detroit News. Written by Florence Davies, the article's headline screams: “Wife of the Master Mural Painter Gleefully Dabbles in Works of Art.” Although the headline's reduction of the artist to her role as the wife of Diego Rivera has been decried by modern audiences as part of an all too familiar pattern, the article itself is actually a window into the feminism and artistic confidence of a young Kahlo.

Kahlo married Rivera in 1929 while in her early twenties. Soon after, the couple moved from their home in Mexico to San Francisco and then to Detroit. The moves followed the commissions of Rivera. In the spring of 1932, he began working on a mural for the Detroit Institute of Arts. During her time in the United States, Kahlo was actively painting as her health allowed, but her work was not yet widely exhibited. She gave her now-iconic interview to the Detroit News at age 25 after having come to the paper's notice due to the work of her famous husband.

Written by staff reporter Florence Davies, the article features a reductive headline implying that the most interesting thing about Kahlo was her marriage. However, the piece itself is an insightful introduction to Kahlo's feminist nature and confidence in her own art. Kahlo refuses to allow anyone to take credit for her skill, telling the reporter, “No, I didn't study with Diego… I didn't study with anyone. I just started to paint.” Davies was careful to acknowledge the talent of her subject, writing, “The fact remains that she has acquired a very skillful and beautiful style, painting in the small with miniature-like technique, which is as far removed from the heroic figures of Rivera as could well be imagined.” The article also includes a famous quote from a laughing Kahlo speaking on her famous husband. “Of course, he does pretty well for a little boy, but it is I who am the big artist.”

If the piece is, in fact, appreciative of the young artist's talent, why the deprecating and reductive headline? Why refer to a skilled painter as “gleefully dabbling” in art? The modern Detroit News has a guess; the article itself was written by Davies, but the headline was likely written by a male editor. Perhaps the editor had not even read the full piece on Kahlo.

When the article resurfaced online several years ago, readers across the world shared their incredulity at the headline. As many people pointed out, this sort of editorial choice is often made today. No matter how powerful or promising or talented the woman, a connection to a powerful male is often enough to describe her. For example, Amal Clooney—world-renowned human rights lawyer, Oxford alum, law professor, and high-level government advisor in the UK—is nonetheless often reduced by the press to George Clooney's wife, first and foremost. In the 1933 headline about Kahlo, many modern women saw the erasure or subjugation of their own achievements.

Whoever wrote the headline of the Detroit News perhaps would have been surprised at the events of subsequent years. Kahlo went on to become quite well-known in her lifetime. She exhibited her work in New York, Paris, and her homeland of Mexico. In 1939, the Louvre Museum bought The Frame, their first acquisition from a Mexican artist. Today, as the modern Detroit News notes, Kahlo's husband's name is often appended to hers as one of the most recognizable names in modern art history.

To learn more about Frida Kahlo, check out My Modern Met's infographic on the pioneering artist.

A reductive and sexist headline in 1933 belies the success that Frida Kahlo would go on to achieve—making her name far better known than that of her husband. 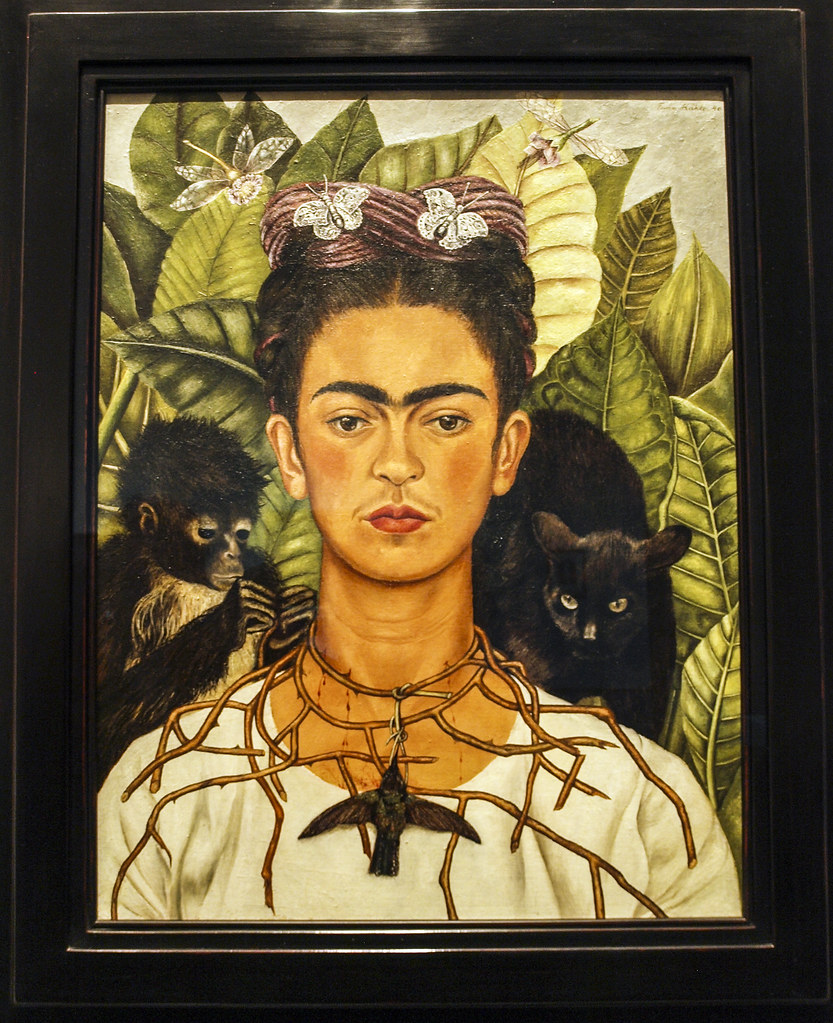 22 Creative Gifts for Anyone Who Loves Frida Kahlo