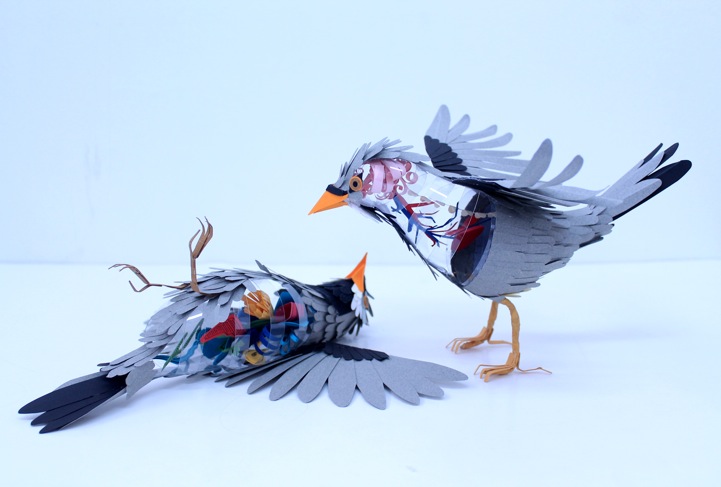 We've seen our fair share of paper bird sculptures, but artist Diana Beltran Herrera takes the art of hand-crafting the delicately ornate creatures in a new direction. Rather than simply constructing the outward appearance of the multilayered bird figurines, the Colombian artist exposes an additional layer of paper-cut intricacy. Through a series of carefully placed clear vinyl film, we get a window into the inner constructs of these replicated creatures.

Seeing the birds' intenrnal anatomy as it is connected to the entirety of the animal is so, for lack of a better word, cool! The fascinating and aesthetically intriguing birds have a full set of colorful, hand-cut paper organs within them. With a bit of quilling, Herrera even captures the rounded, curling appearance of a pink brain. Additionally, the shiny translucent film offers an inorganic element to the sculptures that make them appear like half-bird, half-robot cyborgs. The juxtaposition of robotic and organic components work seamlessly together. 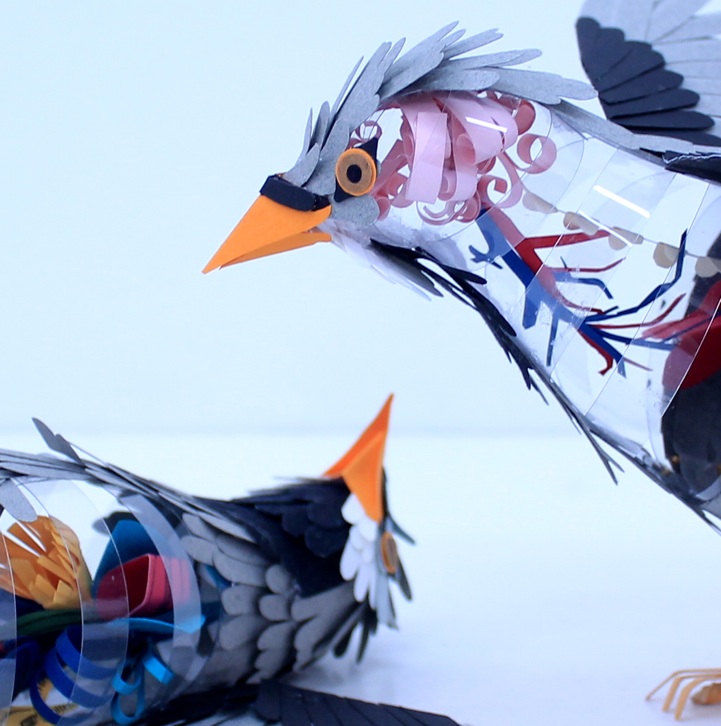 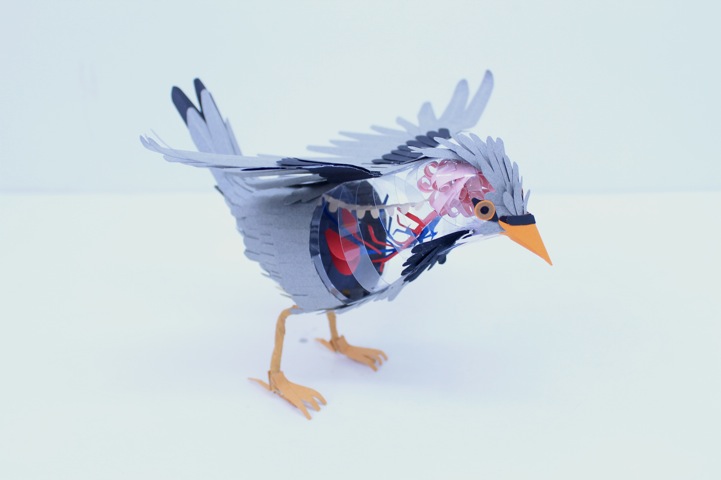 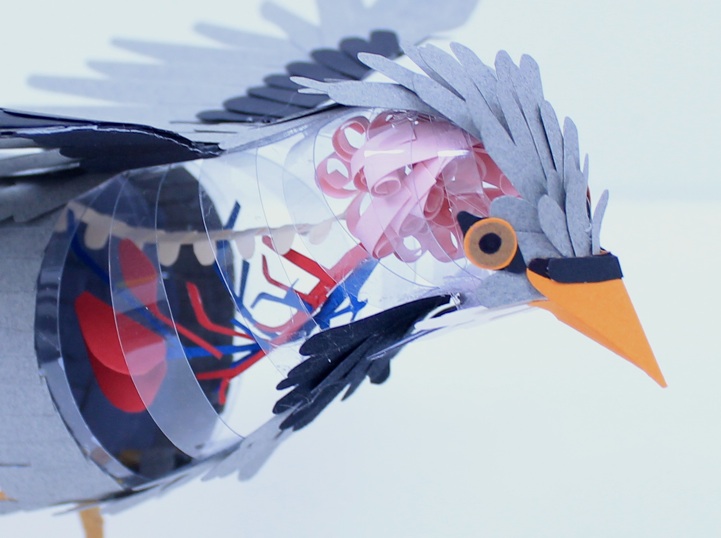 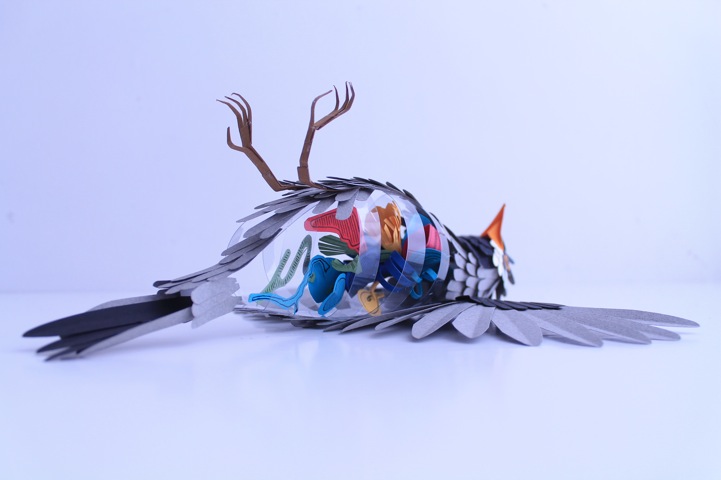 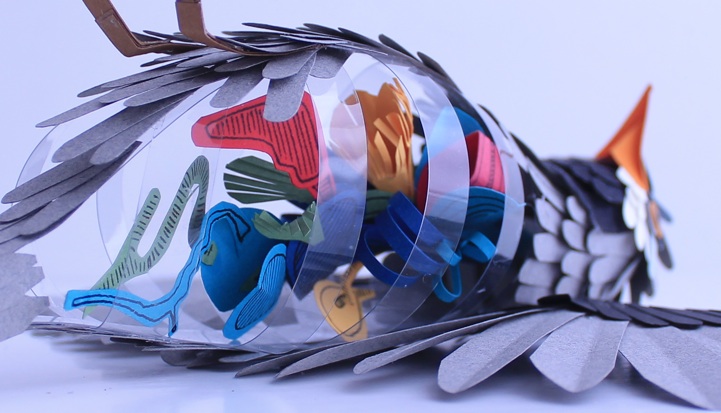