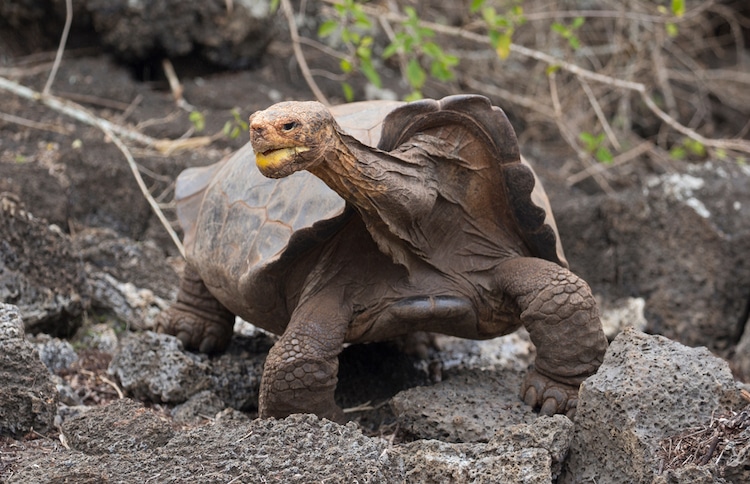 One tortoise who has dedicated his life to helping his species is finally getting a rest. Diego, a Galápagos tortoise that's more than 100 years old, has spent over three-quarters of his life in captivity and, for much of that time, has been in a special breeding program. Diego, along with 14 other tortoises, is finally going into retirement and returning home now that the Galápagos National Park has ended its captive breeding program.

Diego is a large part of why the program can come to an end. As a prolific breeder, he's been responsible for about 40% of the 2,000-tortoise population that the program produced. He first went into captivity 80 years ago and ended up in the San Diego Zoo after being taken from his home during a scientific expedition. Later, in 1977, he was transferred to Santa Cruz to become part of the captive breeding program.

By returning to his uninhabited island of Española, life has come full circle for the tortoise. At the time the breeding program started, there were only two male and 12 female examples of the Chelonoidis hoodensis, and they were too spread out to be able to meet and reproduce. In single-handedly fathering at least 800 Galápagos tortoises, Diego has made an incredible sacrifice to keep his species alive.

Weighing a little over 175 pounds and measuring 35 inches long and 5 feet tall at full stretch, Diego is an imposing figure. He, along with the other tortoises that were released, was placed into quarantine prior to being set free on the island to ensure they wouldn't contaminate the island with foreign seeds.

As Galápagos tortoises have a life expectancy of about 200 years, Diego has a lot of life still left in him. Given his high libido, he'll surely also help keep Española's tortoise population up—breeding program or not. For now, his island awaits him “with open arms,” according to environmental minister Paulo Proaño Andrade.

Diego the Galápagos tortoise has retired to his native island after helping save his species from extinction.