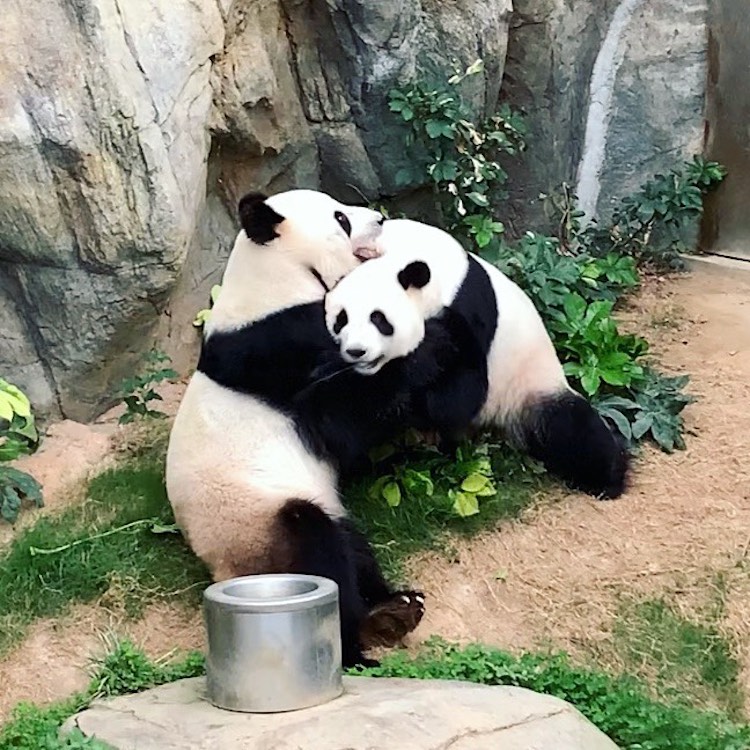 Giant pandas are notoriously fickle when it comes to mating. With only a short window once a year to make things happen, the low sex drive of these animals has made it difficult to increase their population. So the staff at Hong Kong's Ocean Park theme park was thrilled when longtime couple Ying Ying and Le Le finally got down to business after over 13 years of living together. So what's the cause? Maybe all they needed was a little privacy.

Ocean Park has been closed to visitors since January 26 as part of Hong Kong's coronavirus prevention measures. This has left the pandas in relative solitude except for essential staff. Of course, this closure isn't the reason for the mating, but without the prying eyes of tourists, this couple finally got some real alone time.

“Since Ying Ying and Le Le’s arrival in Hong Kong in 2007 and attempts at natural mating since 2010, they unfortunately have yet to succeed until this year upon years of trial and learning,” said Michael Boos, executive director in zoological operations and conservation at Ocean Park. “The successful natural mating process today is extremely exciting for all of us, as the chance of pregnancy via natural mating is higher than by artificial insemination.”

The staff was hopeful when they began to observe mating behaviors in late-March. Ying Ying, the female, began playing more in the water and the male, Le Le, left scent markings around the habitat. He also was spotted searching for Ying Ying's scent. Then, they finally were spotted mating, which was a thrilling sight for everyone at Ocean Park.

To put things into perspective, sightings of panda sex are so rare—both in captivity and the wild—that at some zoos the animals are shown video footage of pandas in the act in order to teach them how it's done. If you are interested in what went down at Ocean Park, there is a video, but be warned—it's loud and X rated.

With female giant pandas only fertile for 24 to 72 hours a year, everyone is crossing their fingers that this will be the year that Ying Ying and Le Le will finally have a cub. However, it will be awhile until we know if this romp resulted in a pregnancy, as pandas have a gestational period of 72 to 324 days. In the meantime, the zoo will monitor Ying Ying's hormone levels and look for behavioral changes, which could appear in late June, as the first signs of pregnancy. Official confirmation won't be possible more than 14 to 17 days prior to birth, when the cub appears on an ultrasound.