The Crashing and Merging of Past Homes 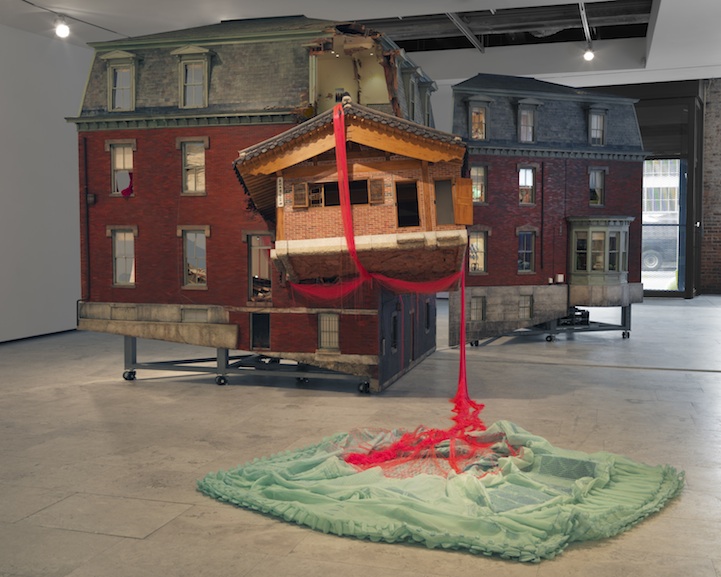 Culturally, where do you consider home? Do Ho Suh is currently presenting a series of intriguing works that's about the artist's ongoing exploration of this question. Back in 1991, Suh left Korea and arrived in the U.S. to study at the Rhode Island School of Design. Leaving a country he once knew and adjusting to to a whole new culture caused him to feel out of place. This led him to construct a series of works including two structures called Fallen Star 1/5 and Home Within Home. They are both being shown in his exhibition entitled Home Within Home at Lehmann Maupin Gallery in New York till October 22, 2011.

In these ongoing projects, which Suh began in 2008, the artist created replicas of his childhood home in Korea and the house he moved into at Providence, Rhode Island. Feeling as though he was “dropped from the sky,” Suh lifts his Korean home in Fallen Star 1/5, as if it were swept up by a tornado, and drops it onto the house in Providence. The story reflects an important chapter in Suh's life. “It's my personal journey from Korea to the U.S. and the story of the house that came along with me, or brought me here,” he says. 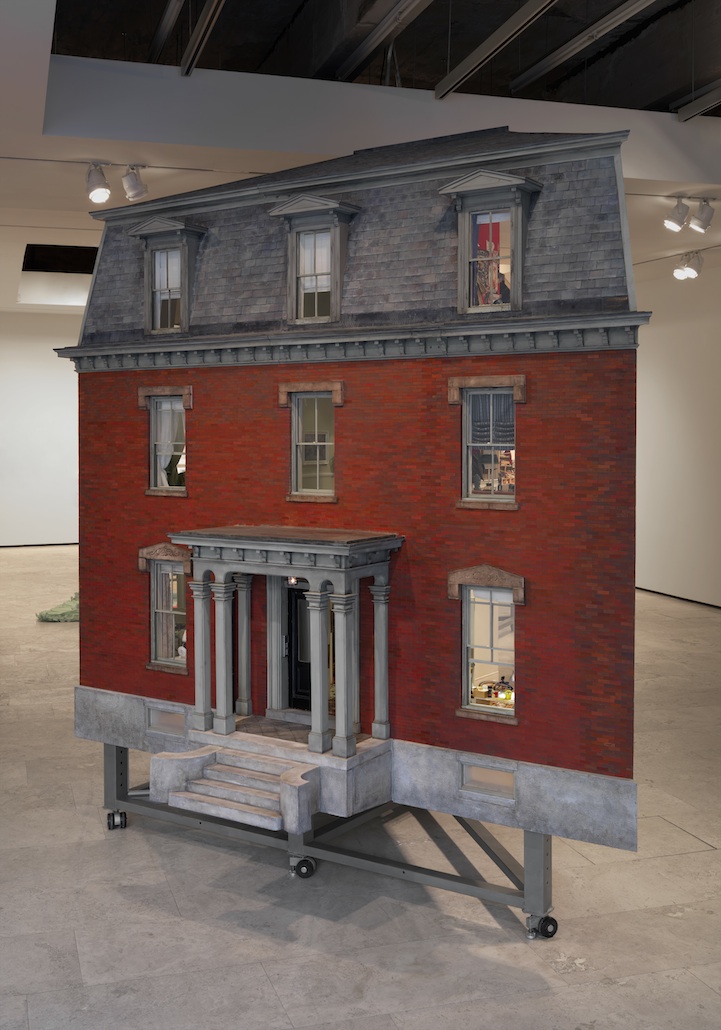 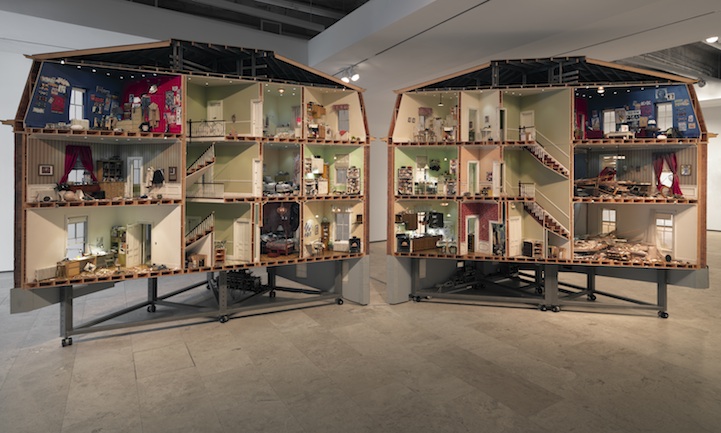 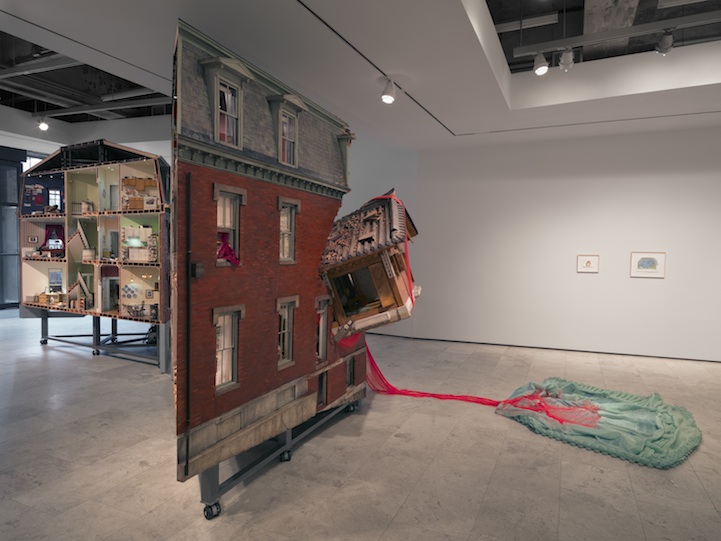 Home Within Home, in contrast, shows Suh's attempt to search for the perfect home. This model shows two homes being merged together, though it's not clear whether the artist's Korean home has grown inside of his Providence home or if the Providence home is swallowing the Korean home. It's divided into four quadrants, which have been raised and pulled apart, so that visitors can walk through. 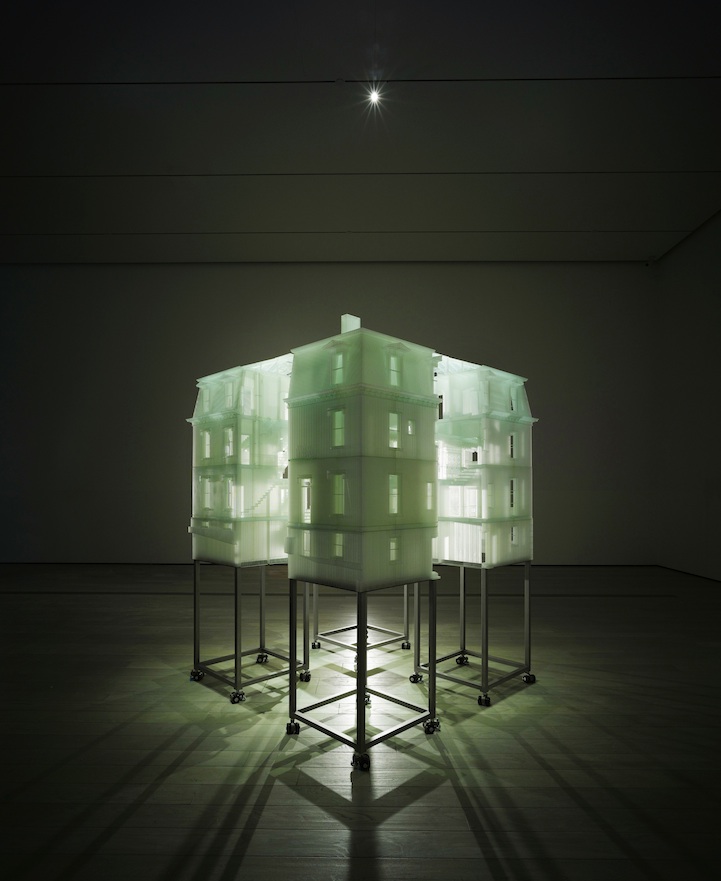 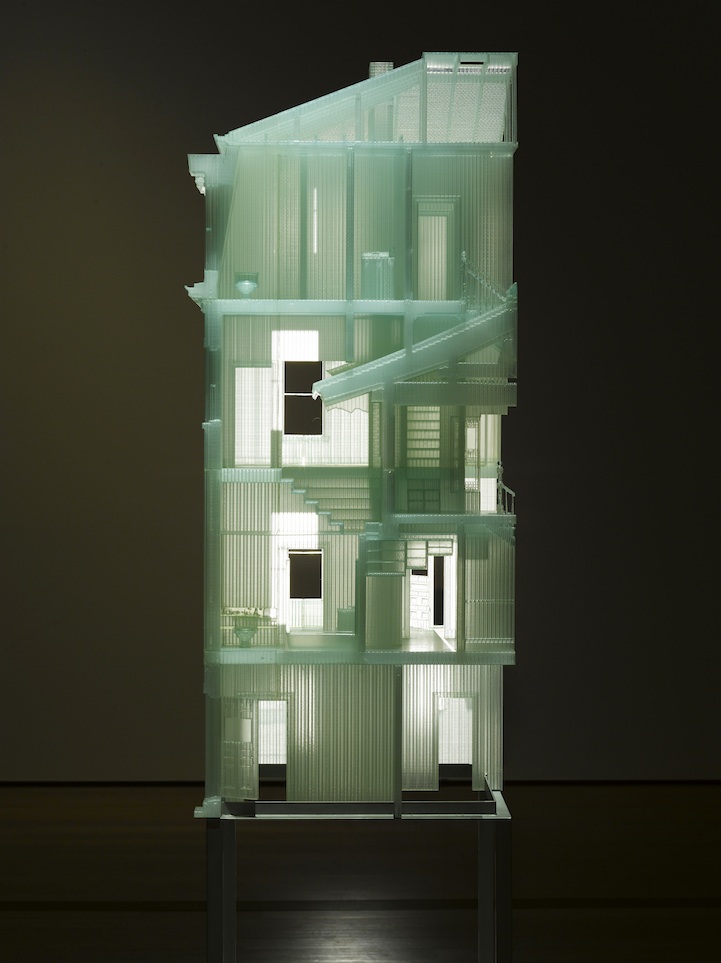 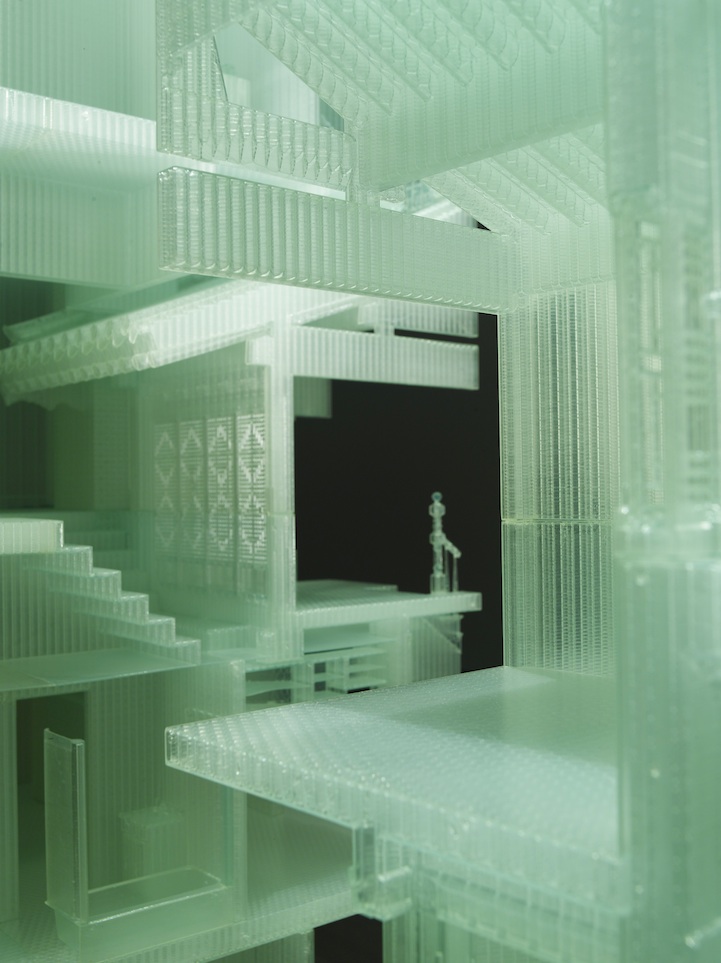 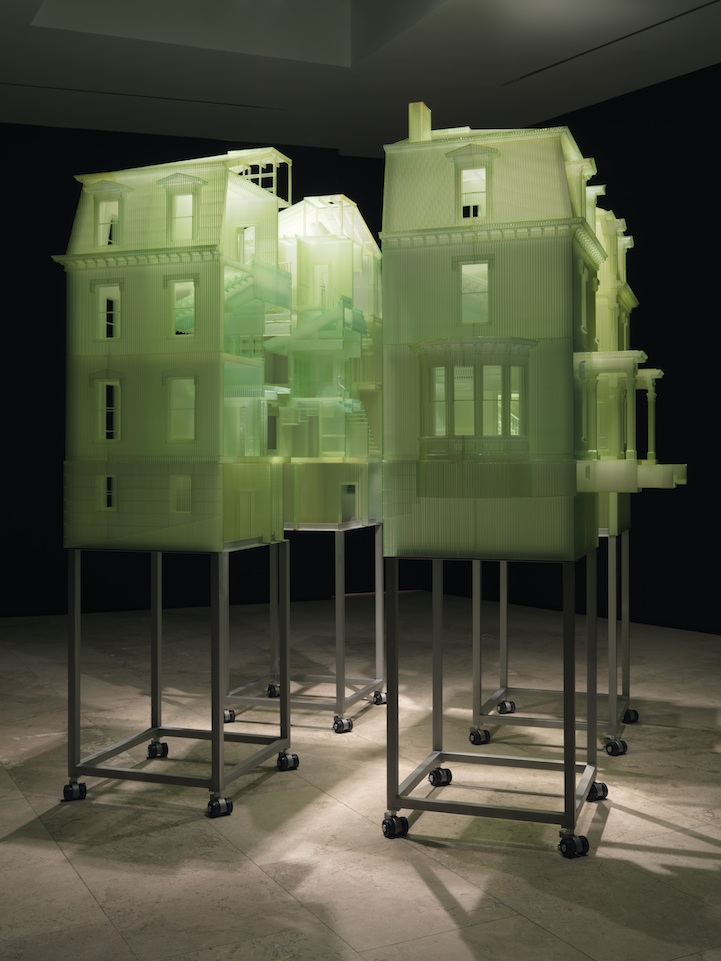 Do Ho Suh received a BFA in painting from the Rhode Island School of Design and an MFA in sculpture from Yale University. You may remember this artist from Eugene's previous post. His installations are thought-provoking, to say the least, and should definitely be experienced in person.