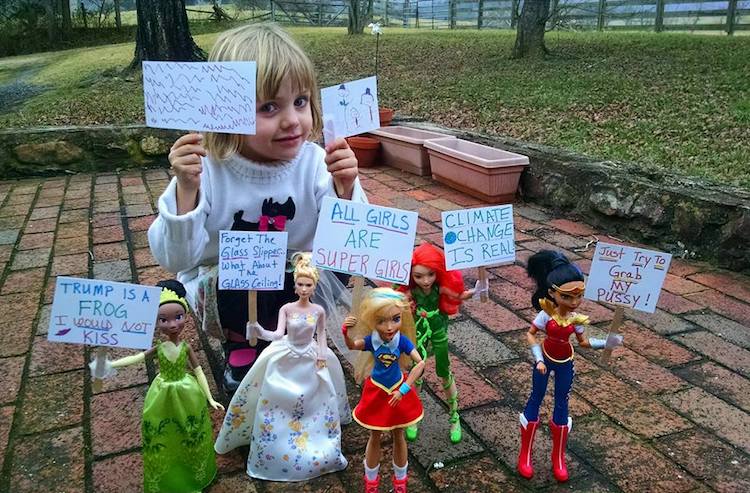 The Women’s March on Washington was undoubtedly a history-making moment, but not everyone could trek to the capital city on January 21. So when that happens, you’ve got to get a little creative. Four-year-old Rose was one of the many people who supported the March from afar, but we doubt that anyone did it with the same adorable enthusiasm. To show her solidarity, she had a demonstration in her backyard featuring her collection of dolls. Yes, that’s right. She hosted her own doll protest march.

Mark Redfern, Rose's dad, captured her and her toys gearing up for their very vocal (and local) demonstration. “I came up with the idea and Wendy [Rose's mom] and I made up the slogans and then Rose helped tape the signs and made two of her own,” he told BuzzFeed. “As she made the first one, she scribbled lines and talked as she did about loving people.”

The signs were miniature versions of things you would’ve seen at the Women’s March (and accompanying Sister Marches). They were, however, tailored to each doll. There was a glass ceiling reference for Cinderella and Poison Ivy held a sign about climate change. “It’s our job as parents to guide her through this crazy world,” Redfern said, “and help her understand what’s going on and to encourage her to grow into a strong and confident woman.”

The doll protest march was an ingenious solution for the family, who had safety and travel concerns about going to Washington, DC. This way, they were still able to participate. “We plan to raise Rose to be engaged and active,” Redfern explained. “When she gets older she can make her own decisions on how political she wants to be and what side she falls on, we’ll love her no matter what.”

When she couldn't make it to the Women's March, four-year-old Rose staged her own doll protest march in solidarity. 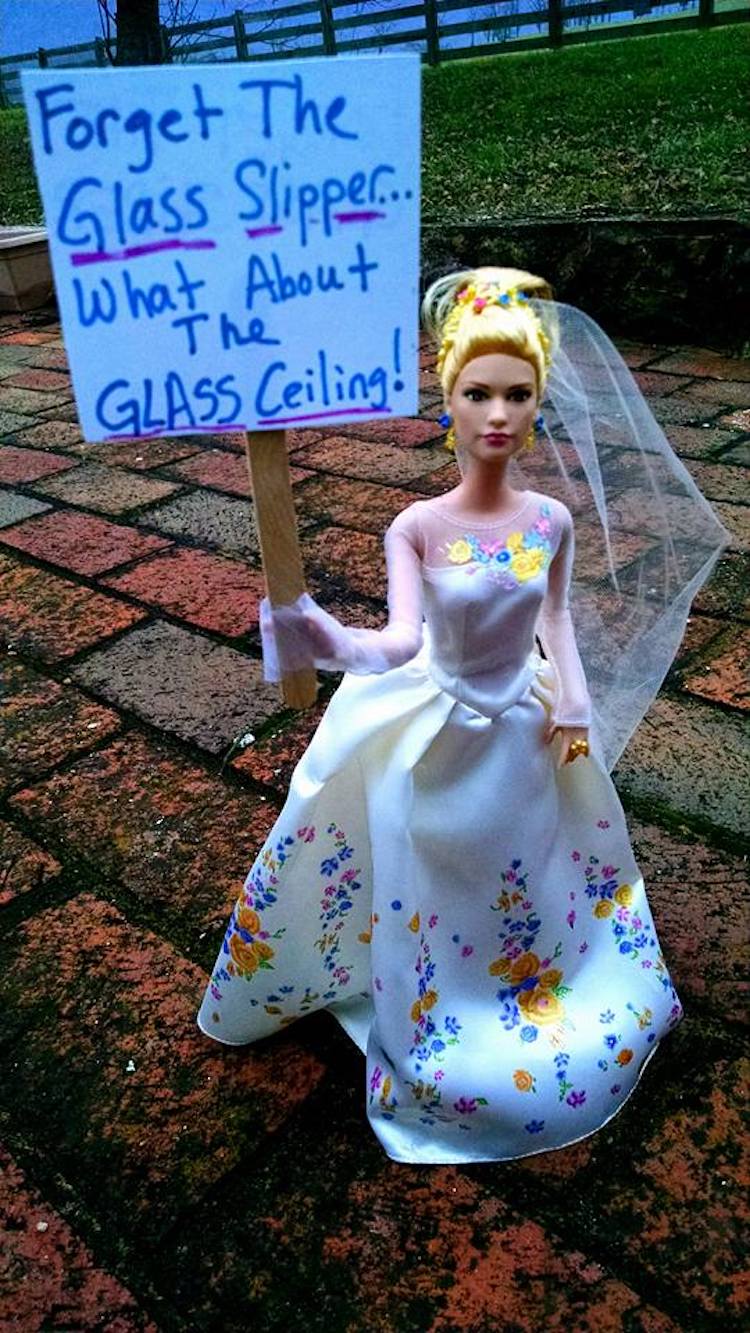 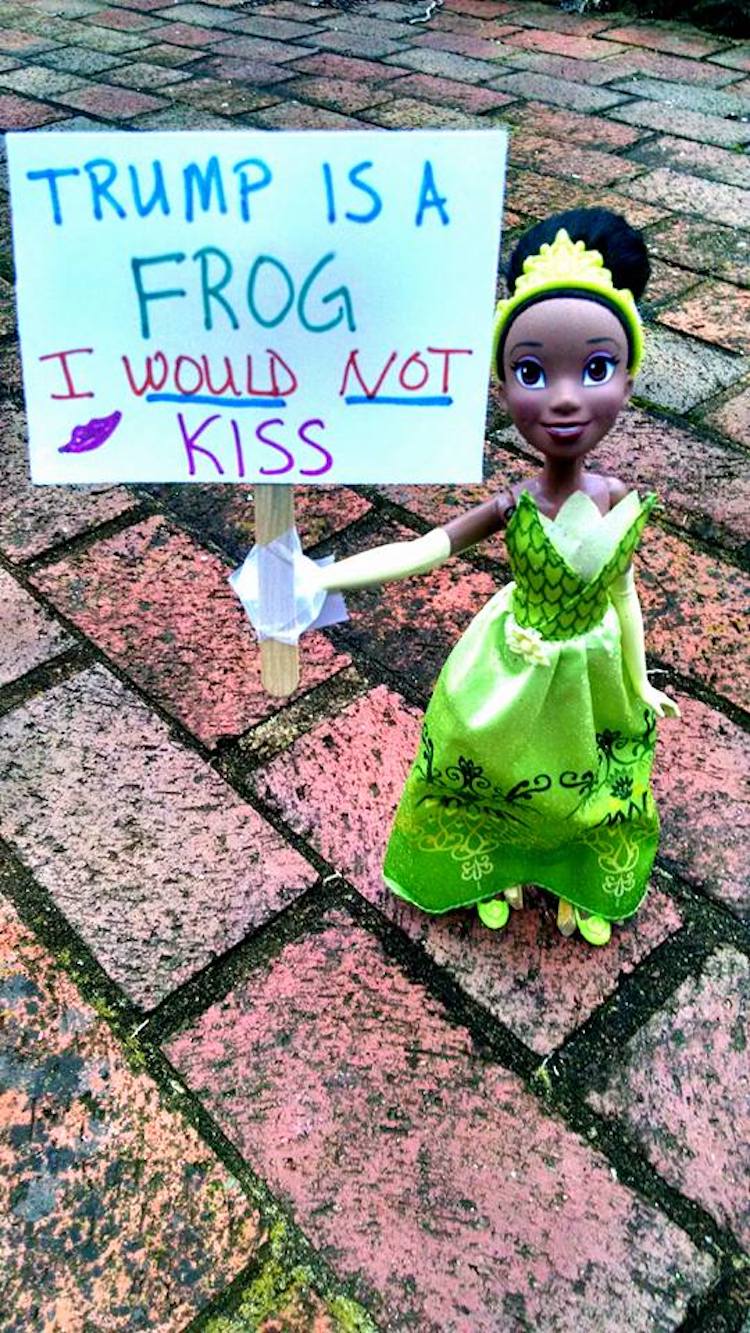 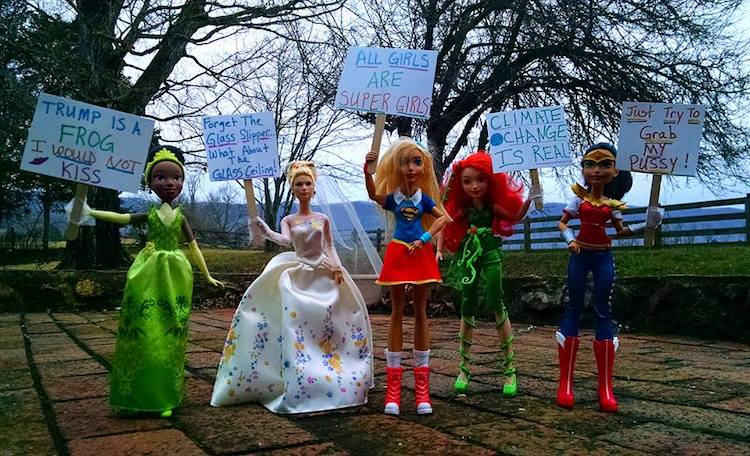 All images via Mark Redfern.