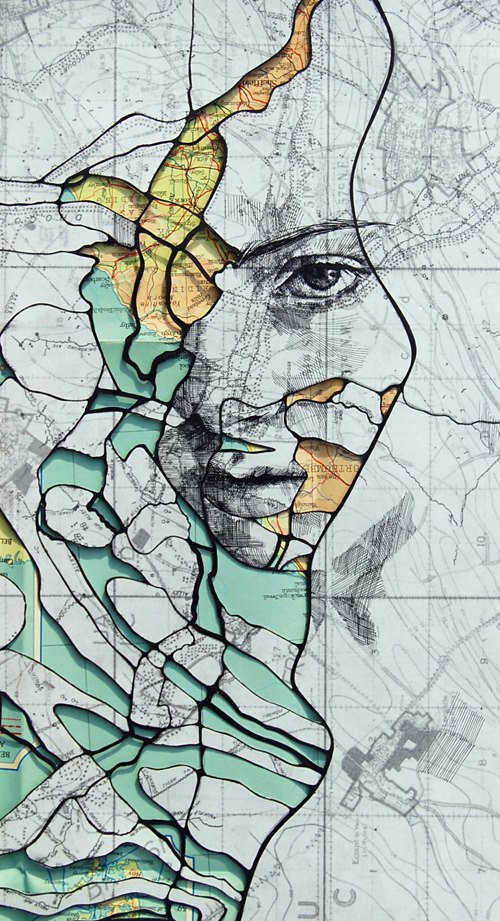 Artist Ed Fairburn has recently come out with new works that live somewhere between sculptures and drawings. He's still using traditional ink to draw on maps but now he's cutting and layering maps to create incredibly intriguing works. For the piece above, called Stafford Lane, he cut into a reproduced military map of France while, for the two below, called the Western Front Cutout Series, he used old military maps from World War II and then brought them to life by overlaying them on top of colorful North America climate charts. As he states, “The portraits have been framed in such a way to show a physical depth between each layer.” 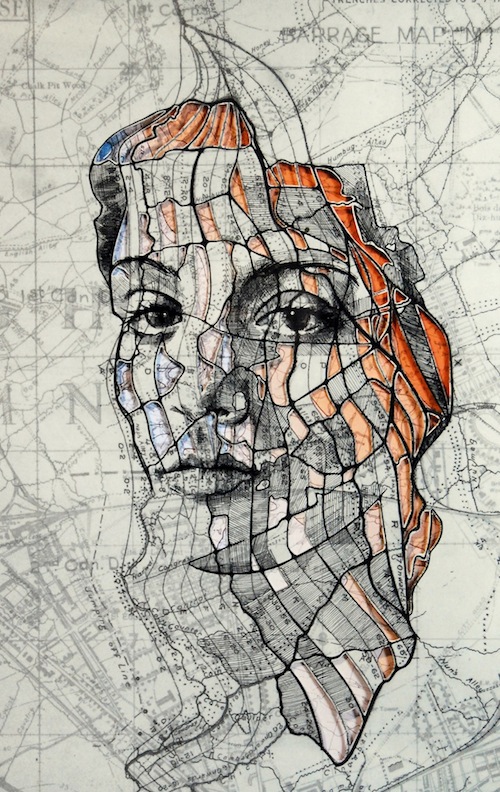 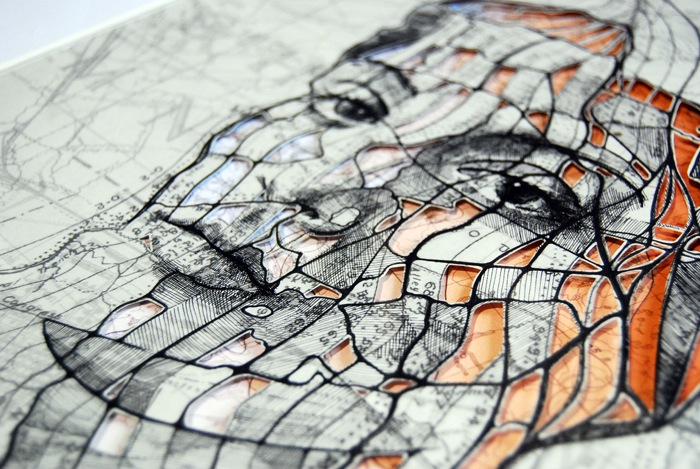 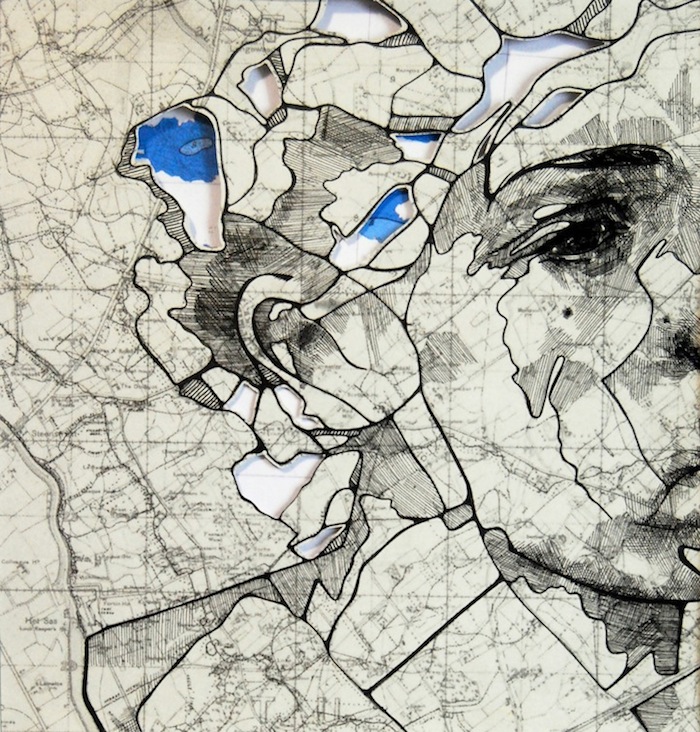 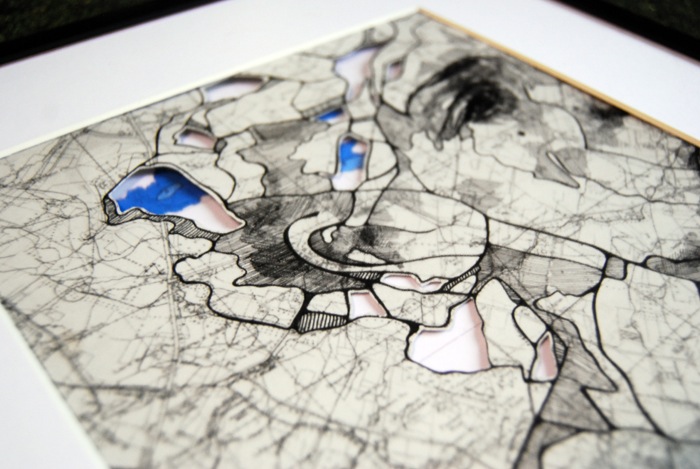 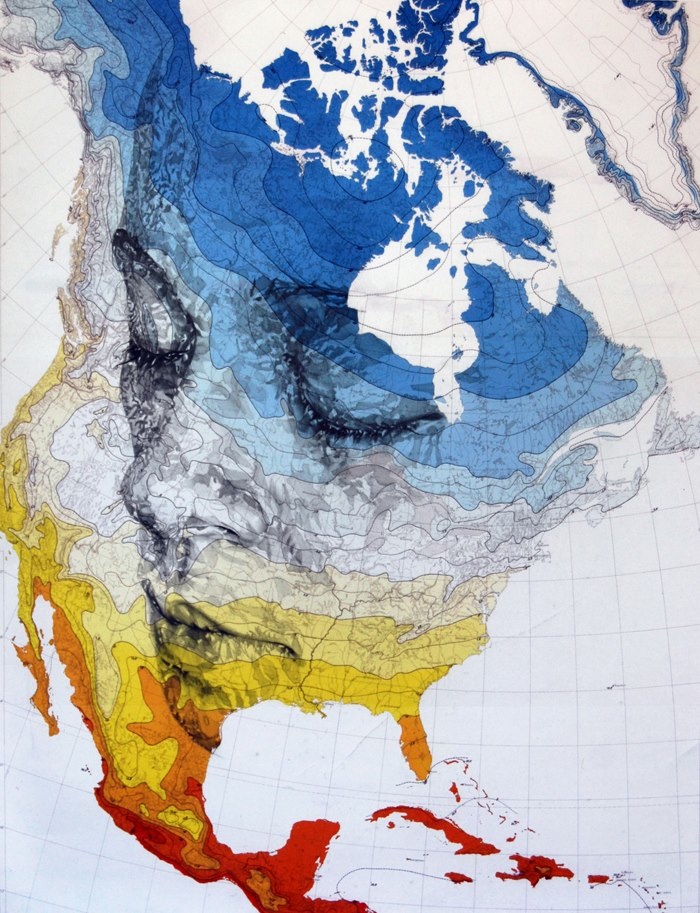 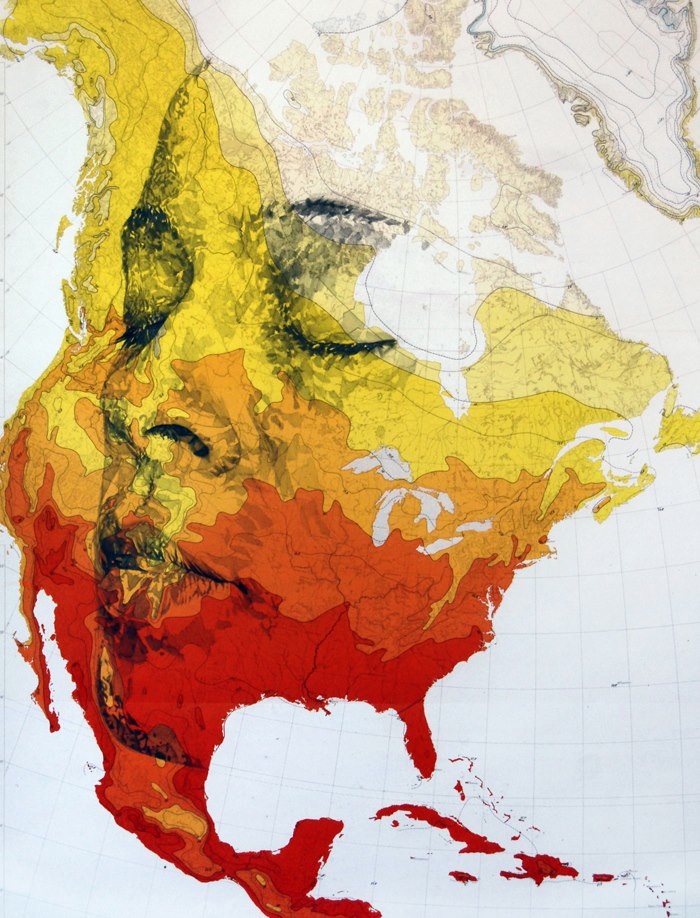 Equally stunning are these two pieces from his North America Series. They're gorgeous pencil drawings on climate charts of North America. “The angled perspectives have been plotted to compliment the sweeping shape of North America,” he states, “the variations between the colors of Part I and Part II were a conscious decision; the warmer colors reflect a passionate pose while the colder blues suggest a more sombre mood.”