Abandoned Movie Theater Sits in Middle of the Sinai Desert 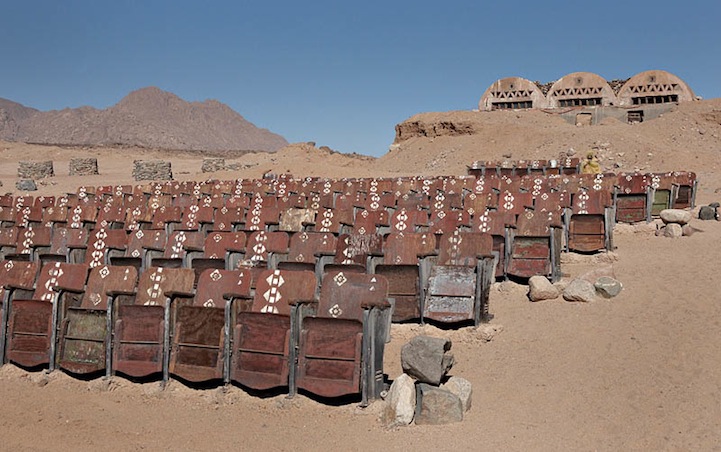 Did you know there's an End of the World Cinema? That's how photographer Kaupo Kikkas coined it as he captured this odd and seemingly random set of theater seats in middle of the Sinai desert, whose backstory is even more strange. According to Kikkas, about 13 years ago, a Parisian Frenchman found himself in Egypt wanting to watch a movie with his friends, and had the idea to build a cinema among the sand dunes.

The man flew back to Paris, secured the necessary funds, and returned to Cairo, Egypt, where he bought projection equipment, arranged a generator for electricity, and a tractor to pull the screen up like a sail. Everything was ready for the big premiere.

Before any films were screened, however, things went awry. The local authorities weren't too happy about this guy's plan, and the night of the big show, everything “accidentally” went wrong, including a sabotaged generator. To this day, a single movie was never shown. But, everything is still there, waiting for someone to stumble upon it and wonder why there's a movie theater in the middle of the desert. 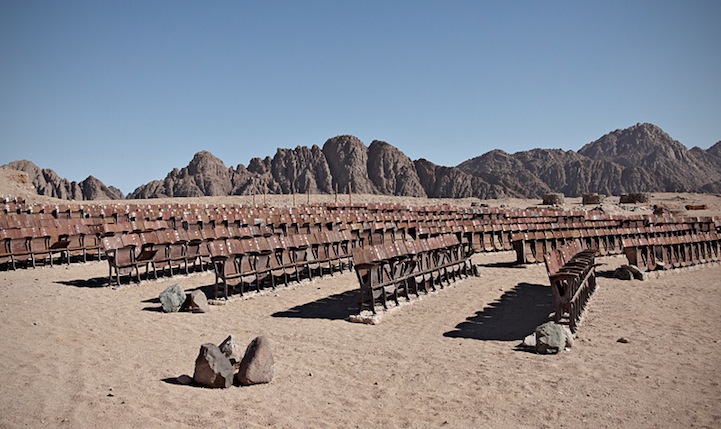 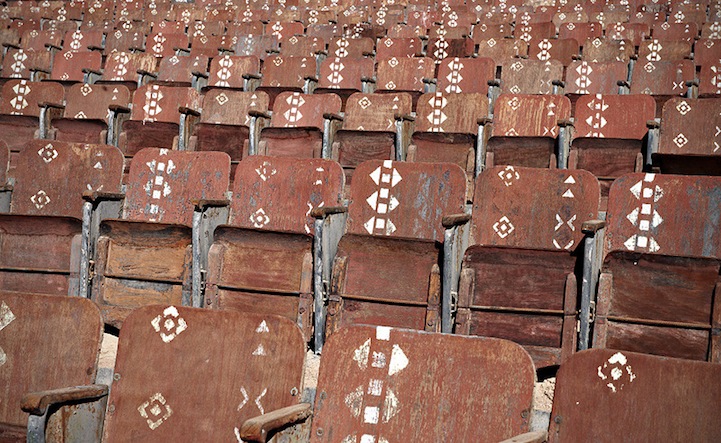 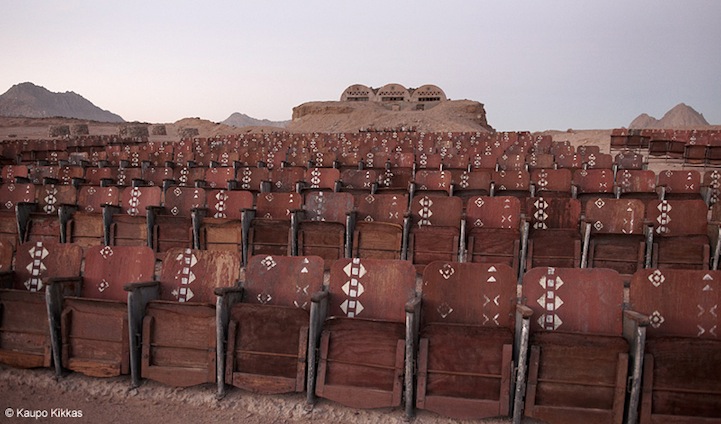