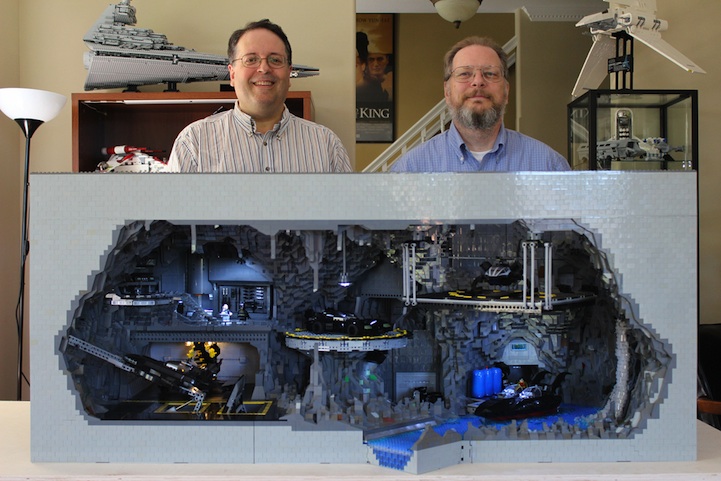 Though this amazing LEGO Batcave, made of 20,000 parts, was first unveiled at Emerald City Comicon in March of 2012, it was only four days ago that it was written about on The Brothers Brick, a blog for adult fans of LEGO. (The project has since gone viral.) Created by Carlyle Livingston II and Wayne Hussey, the incredible sculpture of Batman's headquarters took more than 800 hours to build over a 12 week period and weighs a whopping 100 pounds.

Here's what Carlyle and Wayne say about their impressive artwork:

“This project marks the first collaborative build between Carlyle and Wayne, with several more queued for future development. The features of this build include the Cave itself with what we think is the most “cave-ish” cave ever constructed. Added to that we have an operating turntable for the Batmobile, a moving costume/weapons selection wall and the BatPlane Lift. Surrounding all of this is the remarkable lighting effects that bring our BatCave to life.”

If you were curious about their choice of lighting, it's “a combination of off the shelf battery powered LED Christmas lights and LED flash lights cannibalized and rewired to run off one battery.” 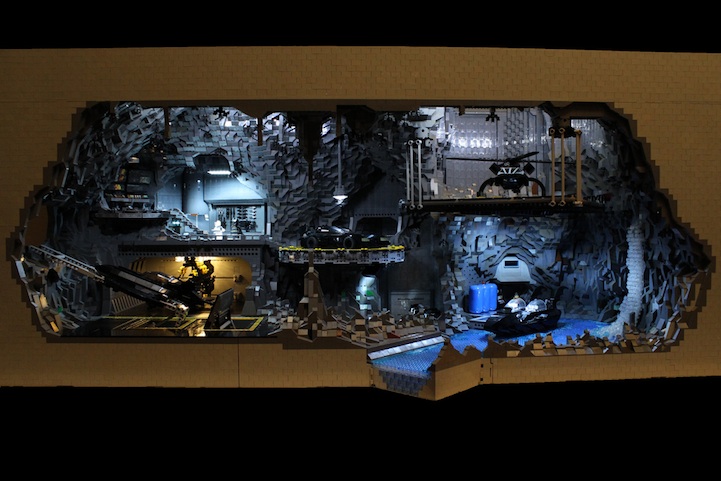 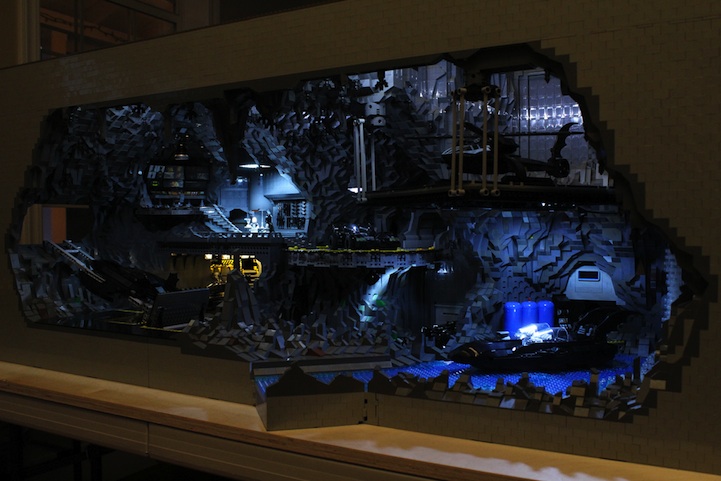 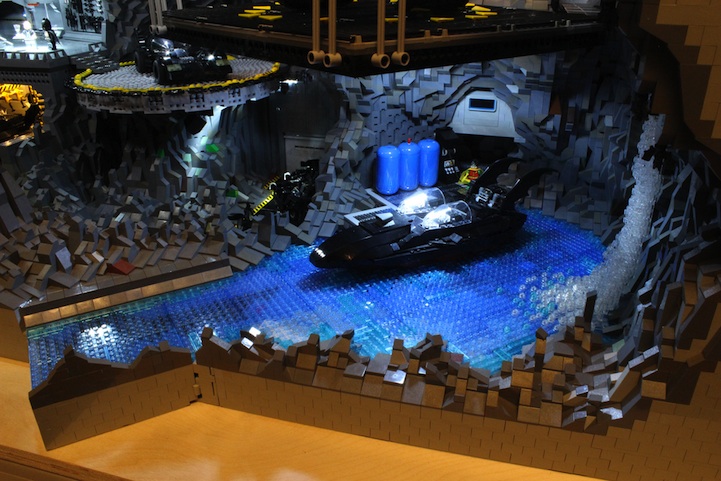 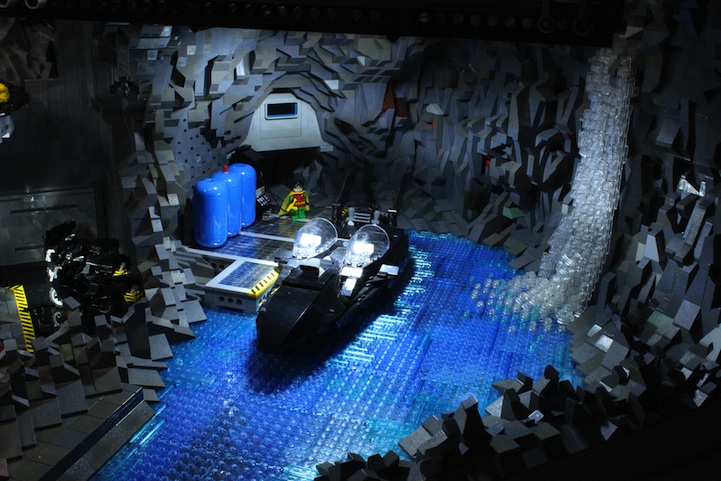 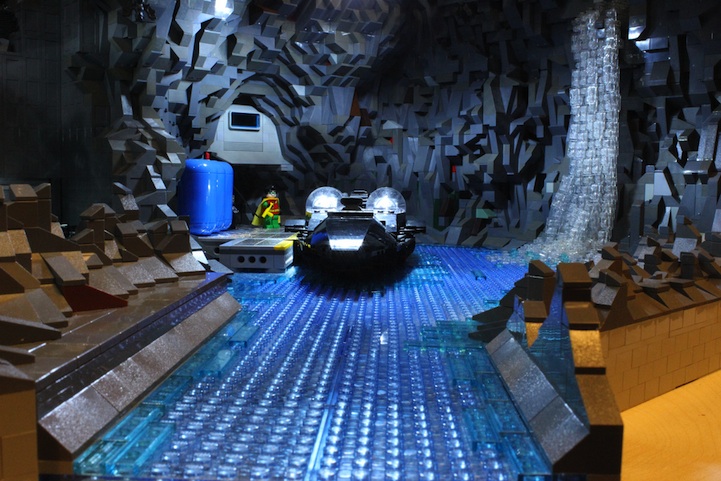 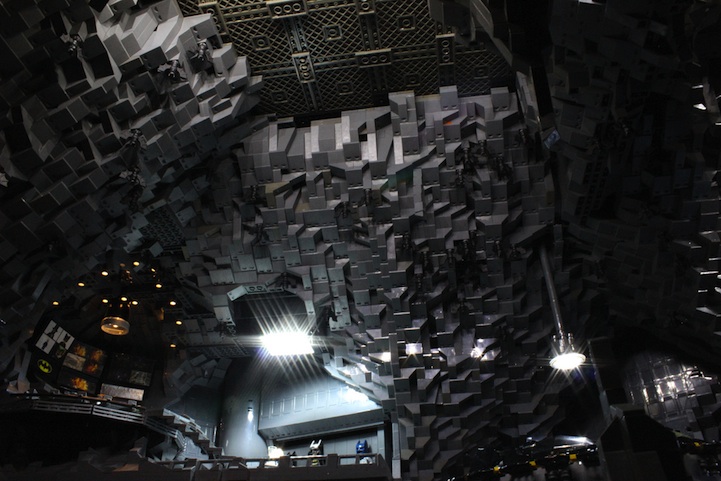 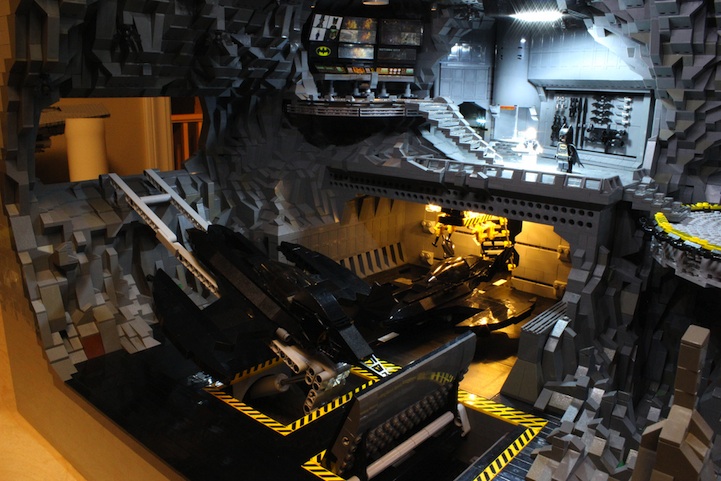 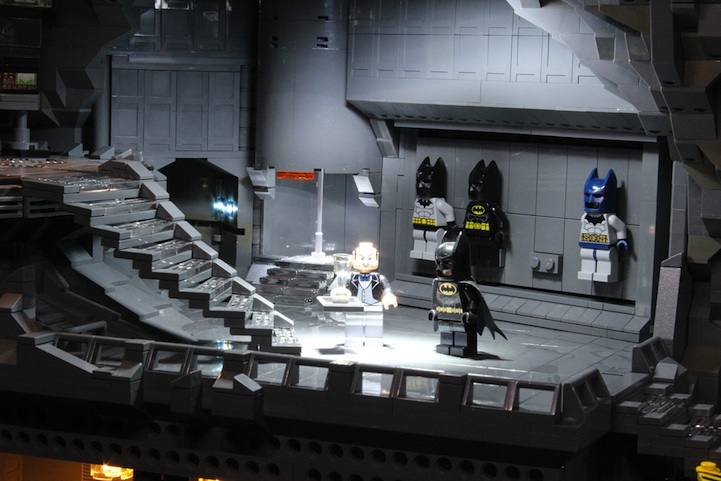 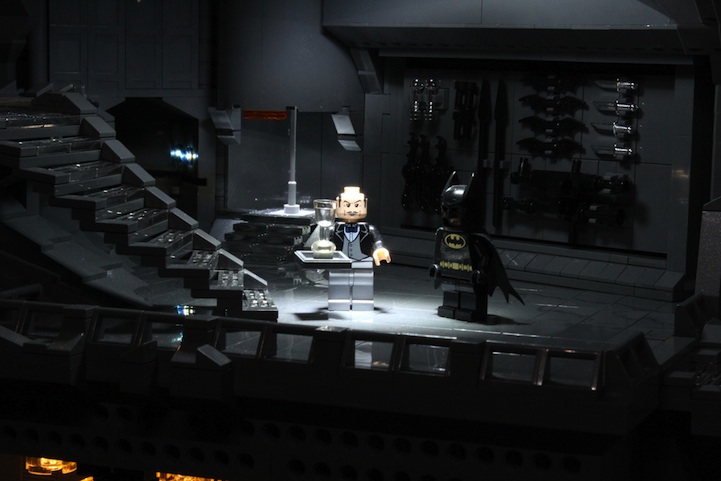 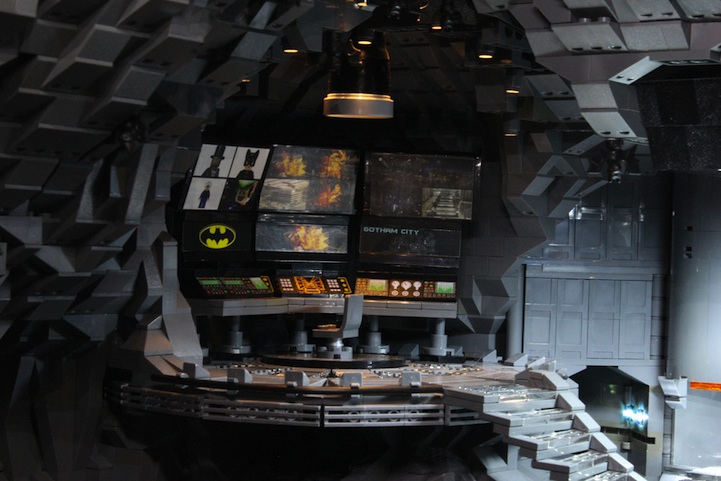 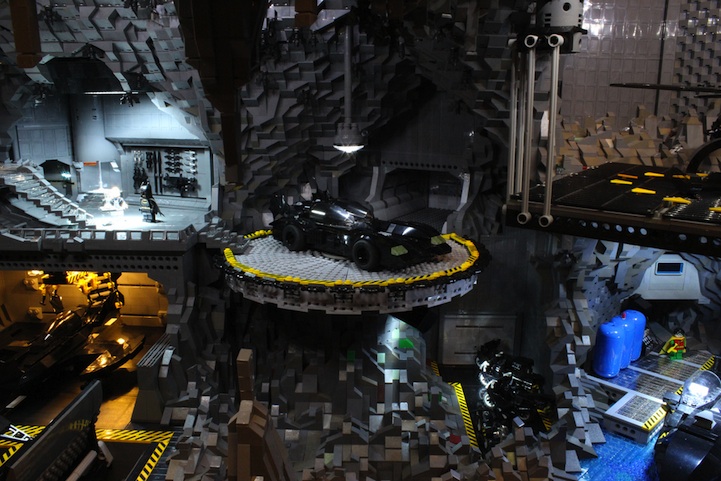 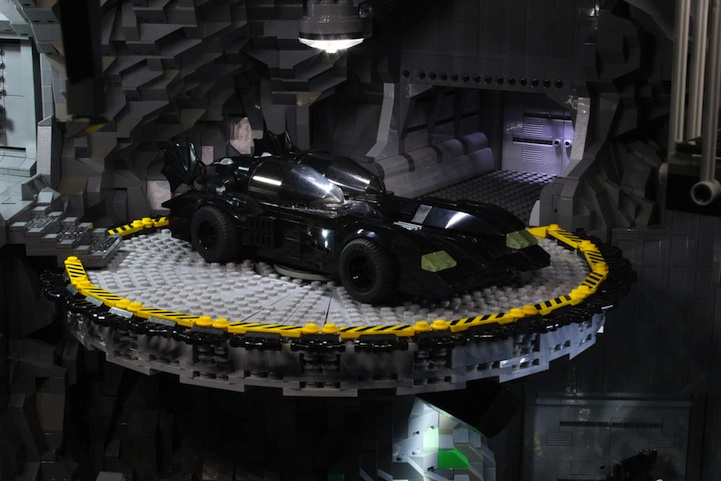